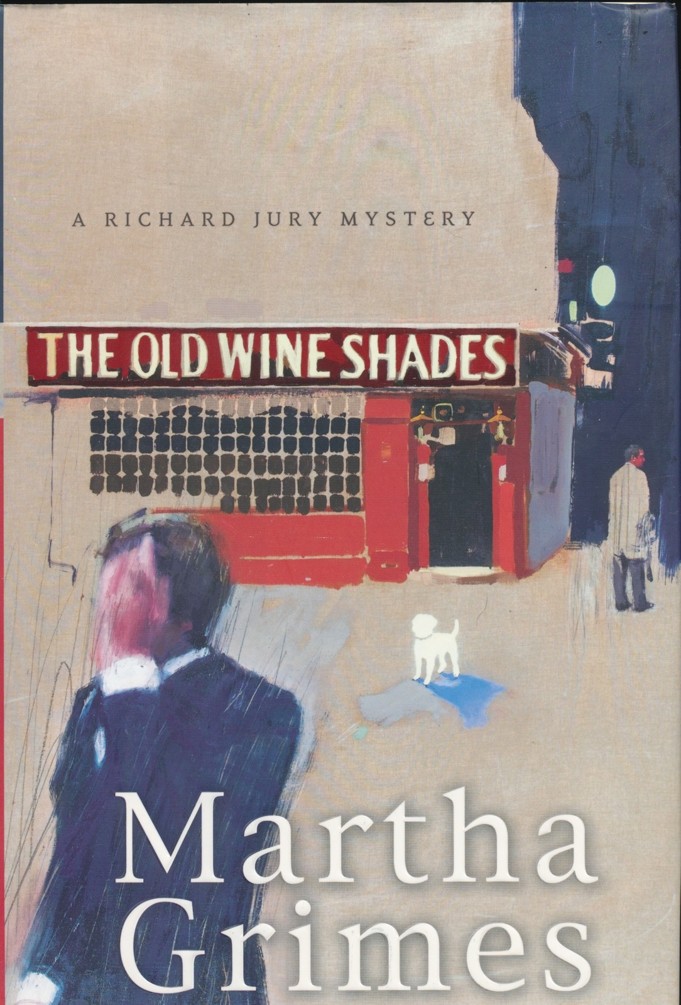 First published in 2006 by Viking Penguin, a member of Penguin Group (USA) Inc.

Publisher’s Note: This is a work of fiction. Names, characters, places, and incidents either are the product of the author’s imagination or are used fictitiously, and any resemblance to actual persons, living or dead, business establishments, events, or locales is entirely coincidental.

Without limiting the rights under copyright reserved above, no part of this publication may be reproduced, stored in or introduced into a retrieval system, or transnfitted, in any form or by any means (electronic, mechanical, photocopying, recording or otherwise), without the prior written permission of both the copyright owner and the above publisher of this book. The scanning, uploading, and distribution of this book via the Internet or via any other means without the permission of the publisher is illegal and punishable by law. Please purchase only authorized electronic editions and do not participate in or encourage electronic piracy of copyrightable materials. Your support of the author’s rights is appreciated.

and in memory Dodger

They don’t dispose me, either one of them,

To spare them any trouble.

I’ll double theirs for both of them–you watch me.

They’ll find they’ve got the whole thing to do over.

From ‘The Pauper Witch of Grafton’ by Robert Frost

MAN WALKED INTO A PUB

(From The Winds of Change)

They sat in silence for a moment. Then Harry Johnson said, ‘If you want a story, I’ll tell you a story–though I can’t explain it, or tell you the end; there isn’t any end.’

‘It happened to a friend of mine. This person, who was the luckiest person I’ve ever known–you could almost say was hounded by good luck–lost everything overnight.’

‘Bloody hell. You mean in a market crash, something like that?’

‘No, no. Not money. I mean he lost everything. He woke up one morning and found himself sans wife, son, even his dog. He did not know what had happened, and of course no one would believe him and he had no idea what to do. He considered going to the police, but what in hell would he say? They wouldn’t believe him, I mean wouldn’t believe the wife, the son, the dog had simply disappeared; well, you know how bloody-minded police can be–’

‘I do indeed.’ Jury smiled in a crazy kind of way.

‘Right. Families don’t all of a sudden disappear–I mean, unless some psychopath walks in and murders them all. He told me he felt he was living in a parallel universe, that his wife and son were in one and he was in another.’

‘He hired the best private detectives. They found nothing, not a trace. There was simply no trail.’ Harry stopped, took out another cigarette, offered the case to Jury again, and Jury again refused.

‘And?’’ It struck Jury suddenly, the answer to the question he had glumly posed to himself earlier: what kept him going? Here was the answer: curiosity. He waited for Harry Johnson to fill in the blank after ‘And—’

Harry lit his cigarette, blew out a stream of smoke and said, ‘The dog came back.’

Jury stared. ‘This is a joke, right?’

Unsmiling, Harry Johnson said, ‘No, it isn’t. The dog just came back.’ They were both silent for a moment while Harry Johnson seemed to be collecting himself. ‘So do you want to hear the rest of it?’ Dumbly, Jury nodded.

Man walked into a pub...

Harry Johnson lit another cigarette, flipped his lighter shut and said, ‘You’re not convinced, I can see. I’m not joking.’ Richard Jury just looked at him, and seeing the man was not about to back down from his improbable tale (for surely that’s what it was, a ‘tale’), Jury could only laugh, turn back to the bar and pick up his pint. ‘Come on. ‘The dog came back.’’ He drank.

‘Wife, son, dog disappear, and the dog came back. After how long, did you say? A year?’

‘Nearly. Nine, ten months, perhaps.’ Harry Johnson blew a big smoke ring and then a little one straight through it.

That really rankled. The man was clearly well off if that cashmere coat, that gold ring bore testimony; handsome–just the sort who made other men feel tatty; intelligent and well spoken. And besides all that he could blow proper smoke rings.

Intriguing, too, don’t forget that. Even though Jury didn’t believe him. ‘The dog came back, sure.’ Jury laughed again, a little too abruptly, perhaps, a little too indicative that Jury himself couldn’t take a joke. Well, but that was the point, wasn’t it? According to this Harry Johnson, it was no joke.

Harry Johnson smiled, set down his whiskey and got up. ‘Can you wait here a minute while I go to my car?’

‘Me? Oh, sure, got all the time in the–’ But Harry Johnson was gone before he finished. Jury looked down the bar, wishing the barman were up at this end so he could ask him about this fellow.

The barman had called him by name, acted as if Johnson was often in here. But the barman was down there talking to a raucous couple with toothy smiles and hackers’ coughs. There were times Jury thought the entire world smoked except for him, Killjoy Jury.

He looked down at his empty glass. Had that been number two? Three? Was he getting drunk?

The door to the pub opened and Harry Johnson was back with a dog on a lead.

He sat down and smiled and so did the dog. Sat down, that is, not smiled. It was a medium-sized dog, nothing special, a hound of some sort, the kind you’d pick out at the shelter to adopt, flop-eared, tan and white coat, immediately likable, the kind of dog you itched to scratch between the ears. It was sitting in its lopsided way, the way dogs do, and Jury reached down and scratched his head.

‘Are you telling me this is the dog, then?’

Jury looked from Harry Johnson to the dog. ‘What’s his name?’

‘Mungo.’ Harry held up his empty glass, and Trevor, the barman, came along, smiling, and refilled it. Jury declined, thinking he had drunk a great deal in a short period of time. ‘We’ve an excellent Batard, ‘85. Full and fat,’ the barman said. ‘You’re drinking whiskey tonight?’ There was the hint of a reproach in his voice.

‘Then they’re the ones I should order from, not knowing myself,’ said Jury.

Trevor shook his head. ‘Not after that single malt you’re drinking.’ He slid his look over to Jury’s glass. That wasn’t even worth evaluation. Trevor walked off.

Harry laughed. ‘Wine is not something you fool around with, not where Trevor’s concerned.’

Here the dog sat up a bit, alert.

‘Showed up at your friend’s place–wait a minute–the ‘friend’ isn’t going to turn out to be you yourself, is he?’

‘All right, but remember, it’s you who has the dog.’

‘I found Mungo sitting outside Hugh’s front door. That’s the friend’s name, Hugh Gauh. This was their home, in Chelsea, not far from mine, in Belgravia. He’s a good friend of mine, Hugh, so I expect that’s why Mungo was willing to come with me. I’d gone to the house to pick up a few books and things. Hugh is seriously thinking about putting the house on the market, but somehow I doubt he will. I think he’s afraid that as soon as he’s done it, his wife and son would turn up with no place to go.’

‘But he doesn’t live there?’

‘No. The whole thing nearly sent him over the edge. He’s in a private clinic in Fulham.’

Harry nodded. ‘All of this drove him into a deep depression. He’s much better now.’

Jury felt the dog edge under his bar chair.

‘Anyway, Mungo was waiting there at the door, I don’t know for how long. He looked worn out and hungry and after I let him in I went to fetch food for him. But what he did instead of eating was to go from room to room, sniffing, investigating, taking a long time at it. Then he attacked his bowl of food as if he meant to eat right through it and the floor. I gave him more, and he ate that, too. He drank a bucketful of water. Then I took him home with me. I live in Belgravia, or did I mention that?’

Not a shabby address, thought Jury, but then there was that black cashmere coat Jury couldn’t stop coveting. ‘Is it possible your friend Hugh fantasized all of this?’

Harry Johnson just looked at him. It was a disappointed look.

‘And I did too? Fantasized Hugh and family? Don’t be ridiculous. Is that the best you can do?’

Jury laughed. He was glad he hadn’t told Johnson he was a detective with the Met. A detective superintendent, no less. And he certainly wasn’t going to tell him now. Jury’s question had been incredibly lame. ‘I take it that’s a no?’

‘Unless you think I’m fantasizing it too.’

‘You could be winding me up.’

‘Why? Why would I walk into a pub and start telling a perfect stranger a story that isn’t true?’

‘I don’t know. I expect I’ll find out at some point. But go on.’ Jury looked down at Mungo, who’d crawled back out from under the chair and who raised his eyes when he sensed Jury’s own on him.

‘How do you explain Mungo?’

‘Coming back? Well, there’ve always been tales of animals finding their way home from long distances, these miraculous treks to find their homes. What was that book that was so popular when I was a teenager? The Incredible Journey, wasn’t it?’

‘But it took Mungo nine months?’ He looked down; the dog was looking up at him in what Jury would describe as a beseeching manner.

‘I still detect an edge of sarcasm. I doubt Mungo was traveling for nine or ten months, but as I don’t know what had transpired in those months, I don’t know how even to guess. But maybe they don’t forget the way we do. There are times I can’t even remember what street I live on.’

Jury smiled. ‘Sorry about the sarcasm. Did the husband report this to the police?’

‘Of course. You can imagine how Surrey police reacted to all of this: if the wife and boy were truly missing, then the prime suspect would be Hugh himself. But that’s England’s finest. No imagination, none at all.’