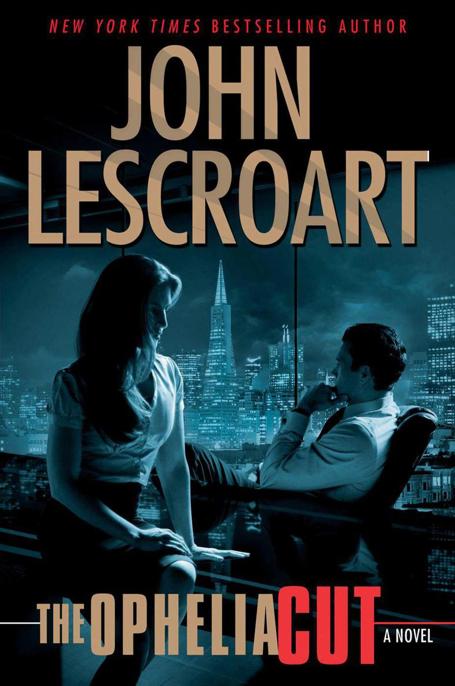 MY LOVE AND MY LIFE,

AND TO OUR CHILDREN

Violence and injury enclose in their net all that do such things, and generally return upon him who began.

A
NTHONY
X
AVIER
R
ICCI
never set an alarm clock because he never needed one. When his eyes opened in the darkened room after a fifteen-minute afternoon nap, he didn’t move for a couple of minutes, letting full consciousness creep up on him. The clock next to his bed read 4:30.

Ricci was thirty-one years old and after eight years in the NYPD, a sergeant. He lived alone in the basement of a beautiful brownstone in Brooklyn. A couple of windows up front by the sidewalk let in a good amount of light and kept his spacious living room from feeling like a cellar. Ricci was proud of his place and kept it pin neat. Over the past three years, he had accumulated some very nice things: a Persian carpet in bright yellows and blues, and several strikingly colorful, contemporary paintings that were already worth more than he’d paid for them. He’d also bought a brown leather sofa, two low, modern armchairs, and an antique wood marble-topped coffee table. On the wall opposite the paintings, built-in bookshelves held his library, his CDs and collection of LPs, a turntable and a pair of out-of-date but excellent JBL speakers, and a large flat-screen TV. Not many of New York’s Finest lived so comfortably at his age.

In the back half of the apartment, he’d recently redone the kitchen—stainless steel stove and refrigerator and granite countertops. A high-tech wine cooler that held thirty-six bottles hummed quietly next to the sink. Abutting the kitchen was the bedroom, where he was just opening his eyes.

He’d needed the nap. The previous night he’d been out with about twenty other cops, dinner at Mario’s to celebrate the retirement of Captain Greg Sheppard, his boss in Vice for the last five years, and a well-liked figure in the department. They’d closed the bar at 4
A.M.
, and then this morning Ricci had been up at dawn for his weekly seven-mile run,
after which he’d done his laundry, picked up his dry cleaning, done some grocery shopping, had lunch with his cousin Victor and Victor’s wife, Bette. But he had big plans tonight as well—some business and then dinner at home and perhaps bed for the first time with the lovely Andrea Bernardi, whom he’d been seeing for a month; she was coming over at 8:00. The nap was a hedge against fatigue.

He showered, shaved, weighed himself—rock steady at 180. In ten minutes, he was dressed in Dockers, tennis shoes, a Knicks sweatshirt against the light September chill. He’d also be grabbing his bulkier generic gray hoodie before he ventured out, and a knit cap to pull down over his hair, cover his ears, though not so much for the cold.

Sitting on his bed, he turned his cell phone back on and on a whim decided to take a look at his photo stream. In a minute he’d traveled back six months and was staring at a picture he’d taken of Teri Wright, a fellow cop and former girlfriend.

A twinge of regret seeped into his consciousness. What had he been thinking when he let her go? Andrea was a beauty, sure, with a fragile Anne Hathaway look about her. But all of his past girlfriends were beauties—it was the Golden Age of the single straight man; the pickings were endless.

Teri, even among the stiff competition, was still near the very top. Now he stared at her smiling face on the screen of his phone. Much more Scarlett Johansson than Anne Hathaway, with a sexual energy and vibe that was even more powerful because of her maturity. Andrea wasn’t yet twenty-five, still with (he guessed) a lot to learn; Teri was thirty-two and, from his experience, had pretty much mastered it all. And there had been a sweetness to it, too, combined with an ability to laugh at herself. And to make him laugh, which was much more rare.

Ricci was a serial monogamist; in general, he loved the chase and the first few weeks, sometimes even months, of sexual intimacy, but after a while the excitement and desire, even with a Teri Wright, always tended to pale. He told himself that that was just who he was. He usually didn’t worry about it, although now flipping back through some more pictures of Teri—that topless monokini shot when they’d been on their weekend at Turks and Caicos . . .

He felt the beginnings of arousal.

Maybe he should call Teri again. It hadn’t been the easiest breakup—lots of tears and anger, but there was no way she could deny the chemistry they’d shared. What about their true love? The commitment they’d talked about? That breakup day came back to him now; it had been pretty ugly.

Nevertheless, he thought it was entirely possible he could get her back. He could just give it a little more time, let things play out with Andrea over a couple more months, then give Teri a call. She’d no doubt be resistant at first, but he was confident he could wear her down. It was definitely an idea. Let time work its healing magic, then move in.

Shaking himself from his reverie—he had work to do, after all—he got out of the photo stream, left the phone facedown on his bedside table, grabbed his hoodie, and headed out.

R
ICCI KEPT A
small storage locker about five blocks from his house. There were perhaps eighty units in a low-rise brick building at the back end of a public parking lot—$8
ALL DAY!
—although on a Saturday evening at a little past 5:00, the lot held only three cars. With his key, he unlocked the left-hand side door and let himself into the building. Turning on the overhead lights, he walked about a third of the way down to his locker. As usual, there wasn’t a soul in the place.

After working the combinations both on his own Master Lock and a built-in dial on the locker itself, he had the door open. Inside, the contents of the four shelves were arranged as neatly as he kept things in his home. The top shelf held a shoebox full of hundred-dollar bills—$33,700 worth. He kept the exact updated count of deposits and withdrawals on a lined sheet of paper taped to the inside of the door. On the next shelf, he kept stored several boxes of ammunition and one of surgical latex gloves. The bottom two shelves held the guns—some registered (not to him, of course) and some not, of several different calibers and makes—that he’d picked up in the course of his work over the years. Seven, all told.

Moving quickly, he pulled out his new favorite, a Ruger LCR revolver—five .357 Mag rounds and a barrel under two inches for easy concealment. Flipping open the cylinder, he slid the bullets home, snapped everything back into place. Five rounds were plenty. Hell, one was plenty
for his needs, but he generally took two shots for certainty. If he needed more than five, he’d probably wind up dead.

Putting the gun in his hoodie’s front pouch, he grabbed a couple of latex gloves, checked the shoebox for luck, just to see that the pile of bills looked all right. Checking both ways one more time, seeing no one, he closed the locker, twisted the first dial, and hooked in his own Master Lock.

J
AMES
D
I
M
ARCO
didn’t want to let the summer get away without one last barbecue. Now here it was, the last weekend in September, and the forecast next week was rain, possibly sleet, the temp going down to the thirties. So yesterday he’d bought four fat rib eyes and started them marinating soon after he’d woken up this morning. They were going to be outstanding.

The Weber was perfuming the entire Coney Island neighborhood with the smell of cooking meat, while James and Carla and the Jensens from down the street sat out in the backyard with their second pitcher of margaritas. Everyone was in slacks and sweaters, but nobody was cold. The sun wouldn’t be setting for at least another half hour, and they had positioned themselves to enjoy its last rays.

At forty-five, improbable as it was, James felt that his life had turned around at last. He didn’t kid himself that this was through his own efforts, although he had learned how to play the game better, learned how to take advantage of opportunities he routinely couldn’t identify when he’d been younger. He wasn’t part of Mr. Tedeschi’s inner circle, of course, and not being related by blood, probably never could be. But he’d worked his way up as Mr. Tedeschi had transitioned out of the stolen goods and drug business to an emphasis on the flesh trade, from driver and deliveryman to manager of an entire block of apartments, a euphemism for massage parlors, in Queens.

And this was where James had begun to realize the bonus that Mr. Tedeschi had made available to him. It was simplicity itself, and though he knew that technically it was skimming, certainly as sins went it was more or less venial: reporting just a little less than he actually collected from the girls, he’d been doing it so long and so successfully now that he’d come to believe that Mr. Tedeschi actually, albeit tacitly, condoned
it. This was how his lieutenants augmented their earnings, improved their lifestyles, and he didn’t begrudge them for it. Over the years, the additional income had allowed James to keep Carla happy with a yearly cruise, some nice jewelry, and, perhaps most of all, this second house a few blocks from the beach.

Out in the backyard, he heard the front doorbell ring. Tipping up the last sip of his margarita, he stood up from his chair, put his glass on the patio table, and asked, “Anybody want anything while I’m up?”

From the hallway, he could make out the outline of the caller through the glass of the front door. The sun was low and glaringly bright behind the man’s figure, but as he got closer, James saw that it was a friendly-looking, young white guy. Opening the door and squinting in the sunlight, James said, “Help you?”

“I sure hope so,” the young man said, flashing a winning smile. “Sorry to bother you, but I’m looking for James Di Marco.”

Still smiling, he said, “Mr. Tedeschi says to tell you, ‘Thou Shalt Not Steal.’ ”

In an instant, Joe’s face started to go dark with fear, and also with understanding.

Ricci didn’t hesitate. “Oh, one last thing,” he said, pulling the Ruger out and up. In one smooth motion, he stuck it under James Di Marco’s chin and pulled the trigger twice.

Dark Sun by Robert Muchamore
The Last Days of George Armstrong Custer by Thom Hatch
Beyond Innocence by Emma Holly
All The Way (All Series Book 3) by Ann, Natalie
The Blue People of Cloud Planet by Brian Wolfenden
Return Fire (Sam Archer ) by Barber, Tom
Sparrow by Sara Mack, Chris McGregor
Doc Savage: Skull Island (The Wild Adventures of Doc Savage) by Will Murray
Children Reason by JIN
The People on Privilege Hill by Jane Gardam
Our partner