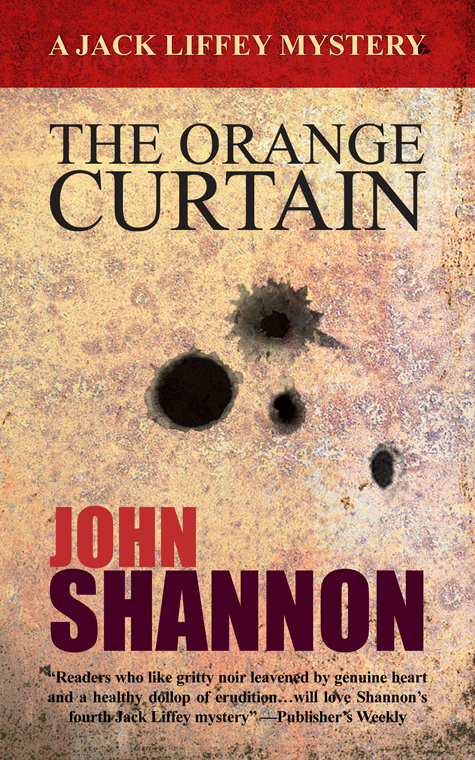 THE DEVILS OF BAKERSFIELD

A LITTLE TOO MUCH 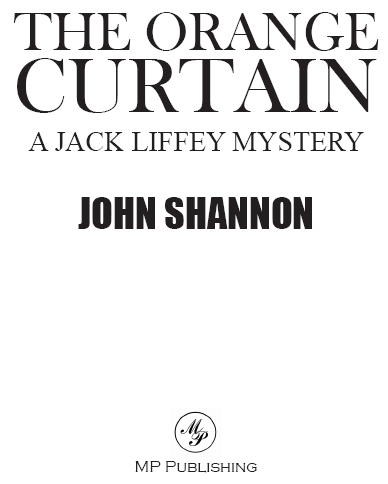 First ePublished in 2013 by

The scanning, uploading and distribution of this book via the internet or via any other means without the permission of the publisher is illegal and punishable by law. Please purchase only authorized electronic editions and do not participate in or encourage electronic piracy of copyrighted materials.

Thanks to Spencer Olin, Martin Schiesl and Vu Pham for sharing their expertise about Orange County with me. Any mistakes or exaggerations are my own.

Vulnerability may have its own private causes, but it often reveals concisely what is wounding and damaging on a much larger scale.

ONE
The Gods Hate the Obvious

When Billy Gudger got home from work, he knew they’d done something to his front door.

It wasn’t the scratch on the little sanskrit plaque there that clued him in, because he’d made that scratch himself when he’d screwed it up directly under the peephole:
The gods love the obscure and hate the obvious.
He’d had it made up in devanagari writing, that strange alphabet from northern India that looks like Chinese ideograms doing chin-ups under a bar. He was probably the only person within miles who could read it, and even if some scholarly immigrant mailman from India happened upon it, some mailman who’d taught himself not modern Hindi but ancient Sanskrit, even then the reader would not know that the plaque concerned, not just a rather banal Eastern homage to idiosyncrasy, but a thing, eccentric and quite physical, that Billy carried within his head.

Billy couldn’t quite put his finger on what the problem was with the door, but he could always tell. He peered closely at the brass knob and the deadbolt, then leaned very close and studied the brown painted surface in small sections, stopping for a moment only at the scratches where he tended to rest his plastic laundry tub when he unlocked the door coming back in from the big house in front where his mom lived. He never left for even a minute without locking up.

I will pay anything to find her,
anything
, the voice on the phone had said. Come to my shop please.

I’ll be right there, he’d replied, and he headed straight down the 405 toward Orange County. The last time he remembered being there had been his daughter’s ninth birthday command visit to Disneyland—three, no four, years back. Even then Maeve had seen it as something of a sociological experiment—testing what girls her age were supposed to enjoy.

Jack Liffey wasn’t really a detective, but he did track down missing children, having fallen into the business by accident after he’d lost his aerospace job just as the whole industry was drying up in Southern California. He’d been at the tracking-down for several years now and he was pretty damn good at it. He liked it, too, something about searching for the lost and protecting the innocent—indulging a sentimental bent in him—and it paid more than delivering pizzas, but just barely.

If you liked a dream, he thought, in which all the people were white, the rough edges were all sanded away, there was no urban center, the stores and restaurants were all national chains, and the carefully platted roads wound
just
so between mini-malls, identical tract homes, and tame imitations of forest strips. In an earlier and less examined life, he might well have liked it a whole lot, too, secure in his aerospace cubicle with his conscience assuaged by a few rebellious Dilbert cartoons on the walls, at ease with his first wife and daughter. Layoffs, drink, and legal papers had seen to all that. Now he wasn’t sure what he liked any more, though a less random universe and a little relief from the burning in his prostate would have been a pretty good start.

He passed a long chain link fence with wild chaparral behind it. For some reason unkempt young men had lined up shoulder-to-shoulder behind the fence, staring out at the road with dead eyes, like a race of primitives who’d come out of the wild land and were waiting there to rush out and occupy the town once it was abandoned by the higher civilization. It made no sense he could discern. Then there was a nude man wearing only an orange visor who waved gaily to passing cars from the freeway median—it was all just L.A. saying good-bye, he finally realized—and the freeway passed over Coyote Creek as he actually entered Orange County. He had just passed through what L.A. people called the Orange Curtain. He was into
terra incognita
, and considering the address he’d been given by the Asian voice on the phone, he was heading for a lot more
incognita
.

Maybe it was just his sixth sense misfiring about the door. He knew he was highly tuned to things other people missed. In the single big room inside, things seemed all right. The green desk under the front window was spread with the books and papers for a calculus problem that was all but solved. He liked to work out his approach and make all the intermediate calculations and then walk away, savoring his mastery, to come back triumphantly later and nail down the final answer.

The desk was one of three identical tiny oak desks he’d bought from a used office furniture store in Santa Ana that was liquidating the old post office, and he’d stripped them and bleached the wood and then stained each one a different translucent finish. The red desk on the side wall held a stack of books in French by Paul Baudrillard and Roland Barthes, plus a French-English dictionary and a spiral notebook. A journal in plain yellow paper binding,
Analyse structurale et exégèse biblique
, was open to an essay by Barthes that contained a number of underlinings.

The third desk, stained blue, held a propped open copy of
The Decline and Fall of the Roman Empire
, plus several volumes on modern history and historiography. He just had time to ascertain that the desks were undisturbed when the telephone rang.

“What’s the matter with you?” the sharp voice skirled in his ear. “You know I worry. You’re ten minutes late and you didn’t check in.”

Involuntarily he pictured her—the small pouty mouth, rumpled housecoat, and those legs sprawling across the old sofa, blousing their fat over calf-high support hose. He listened with equanimity and answered promptly.

“I don’t know how you got to be so thoughtless. I gave up everything for you. What’s the matter with you?”

“I’ll get us some lunch in a few minutes. There’s meatloaf left over and I bought some carrots I can glaze before I leave.”

“Be sure to use up the old brown sugar before you open the new one. Hurry up, Billy. I’m hungry.”

He smiled a curiously benign smile as he hung up. He was indeed lucky, even if it wasn’t the toadstone in his head that marked and conditioned his good fortune. There couldn’t be many people with a mother as loving as his.

He would sauté the carrots, he thought. Use just a little butter.

“A toadstone—a celebrated amulet. It was sovereign for protecting new born children and their mothers from the power of fairies, and has been repeatedly borrowed from my mother, on account of this virtue.”

Jack Liffey hopped off the freeway at Beach Boulevard and turned north to Bolsa, then east deeper and deeper into a strangely familiar forest of warm colors, uptilted tile roofs, and diacritical marks over the vowels. He had truly entered the somewhere-else, and his forehead began to bead up with sweat. He parked his beat-up old Concord in front of a mall that was all gold and red and dragons, and he felt that strange stirring at the base of his spine that he remembered all too well. As if a bullet was about to penetrate
right there
. For several years now, an unforeseen premonition of death had been ambushing him out of the blue—a sudden sense as he drove toward an appointment that it was a shame the person he was meeting would sit there waiting for hours and not know he had died on the way. But the present sensation was a little more concrete, tied to real memories, and just to nail it down, a V of four Marine F/A-18 jet fighters came over low, booming all of a sudden on the air.

There was a peculiar impression of safety in the immediate area of his car, maybe just the familiarity of the Concord or a promise of quick getaway, and it was hard to force himself to walk away from the car out into this other world. The first sing-songy voices he heard sent his palms clammy and then the smells—sesame oil, mint and that fermented fish sauce called
nuoc mam
.

He strolled rigidly through the crowds, past a middle-aged woman in an
ao dai
and younger ones wearing jeans, young women with beautiful features that were perfectly symmetrical in their small faces, a thin old man in an outsized homburg, teen-agers with their hair cut into extreme fades who offered him the same sleepy contemptuous eyes as the cowboys—pronounced cow
boys
with a lilt—who’d haunted Tu Do Street a generation earlier, and he thought, If I stick around long enough, I’ll find the guy who stole my watch. It had been done from the back of a motor scooter, snipped right off his wrist as they gunned past with a proficient bite of something like a bolt cutter. It was a mean thought, but he knew damn well that a lot of the refugees who’d come over in the first wave were the same people, by and large, who’d fed off the American troops in Saigon.

He found the East-West Bookstore between the Viet My Bakery and Bao Tram Cosmetics. Paperbacks on shelf after shelf were as brightly colored as the storefronts. There were two dozen newspapers, scores of magazines, even girlie magazines. All the titles were in Vietnamese, except for two wire racks out in the middle of the store with romance novels and self-help books and a few classics. A distinguished looking man in an open-necked blue shirt watched him from the glass counter. His temples were just beginning to gray.

Immortal by Traci L. Slatton
Treasured Writings of Kahlil Gibran by Kahlil Gibran
Vampirus (Book 1) by Hamlyn, Jack
Persuade Me by Juliet Archer
It Had to Be You by David Nobbs
Life on the Ramona Coaster by Ramona Singer
Uninvolved by Carey Heywood
Your Exception by Starr, Bria
Because of Stephen by Grace Livingston Hill
Personal Demons by Stacia Kane
Our partner