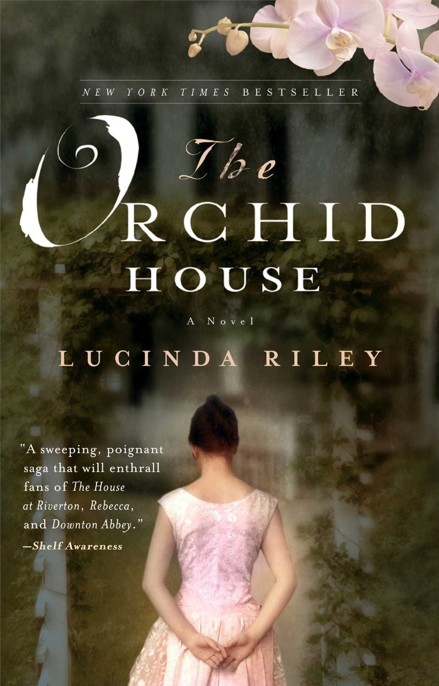 Lucinda Riley was born in Ireland. She lives in Norfolk with her husband and four children.

Siam, Many Moons Past …

For my father, Donald, who inspired me in every way

SIAM, MANY MOONS PAST …

It is said in Siam, that when a man falls in love with a woman – deeply, passionately, irrevocably – he will be capable of doing anything to keep her, please her, to make her value
him
above all others.

And once there was a Prince of Siam, who fell in love this way with a woman of rare beauty. He pursued and won her, but yet, only nights before their wedding, a celebration that would include a nation feasting, dancing and rejoicing, the Prince felt uneasy.

He knew he must somehow prove his love to her with an act of such heroism and power that it would bind her to him for all time.

He must find something that was as rare and beautiful as she was.

After much thought, he called his three most trusted servants to his side and told them what they must do.

‘I’ve heard tales of the Black Orchid that grows in our kingdom, high up in the mountains of the North. I want you to find it for me, and bring it here to my palace so I may give it to my Princess on our wedding day. Whichever one of you brings the orchid to me first, I will reward with the kind of treasure that will make you a rich man. The two who fail will not live to see my marriage.’

The hearts of the three men, bowing in front of their Prince, were filled with terror. For they knew they were staring at death. The Black Orchid was a mythical flower. Just like the bejewelled golden dragons that adorned the prows of the royal barges, which would carry their Prince to the temple where he would take his vows to his new Princess, it was the stuff of legend.

That night, all three of the men made their way home to their families and said their goodbyes. Yet one of them, lying in the arms of his weeping wife, was cleverer than the others and wished to die less than they did.

By morning, he had hatched a plan. He set off to the floating market, which sold spices, silks … and flowers.

There, he used coins to purchase an exquisite orchid of deepest magenta and pink, fulsome with dark, velvety petals. Then he walked with his plant along the narrow
klongs
of Bangkok until he found the Scribe, sitting amongst his scrolls in his dark, humid workroom at the back of his shop.

The Scribe had once worked at the palace, which was how the Servant knew him, but his work had been deemed unworthy due to the imperfections in his lettering.

‘
Sawadee krup
, Scribe.’ The Servant placed the orchid on the desk. ‘I have a task for you and, if you help me, I can offer you riches you can only have dreamt of.’

The Scribe, who had been forced to scratch a living since his days at the palace, looked up at the Servant with interest. ‘And how might that be?’

The Servant indicated the flower. ‘I wish you to use your skill with ink and colour the petals of this orchid black.’

The Scribe frowned as he stared at the Servant then studied the plant. ‘Yes, it is possible, but when new flowers grow, they will not be black and you will be discovered.’

‘When new flowers grow, you and I will be many miles away, living like the Prince I serve,’ answered the Servant.

The Scribe nodded slowly as he thought about it. ‘Come back to me at nightfall and you will have your Black Orchid.’

The Servant returned home and told his wife to pack their meagre belongings, promising that she would be able to buy whatever her heart desired and that he would build her a beautiful palace of her own far, far away.

That night he returned to the Scribe’s shop. And gasped in delight as he saw the Black Orchid sitting on the desk.

He studied the petals and saw that the Scribe had performed an excellent job.

‘It is dry,’ commented the Scribe, ‘and the ink will not rub off on to a pair of enquiring fingers. I have tested it myself. You try.’

The Servant did so, and saw his fingers were clean of ink.

‘But I cannot say how long it will last. Moisture from the plant itself will dampen the ink. And, of course, it must never be subjected to rain.’

‘It is good enough,’ nodded the Servant, picking the plant up. ‘I am off to the palace. Meet me down by the river at midnight and I will give you your share.’

On the night of the Prince’s wedding to his Princess, and after he had shared his day of joy with his kingdom, he stepped inside their private quarters.

The Princess was standing on the terrace outside, looking down on to the Chaopraya River, which was still alight with the reflections of fireworks set off to celebrate her union to the Prince. He came to stand beside her.

‘My only love, I have something for you; something that signifies your uniqueness and perfection.’

He handed her the Black Orchid, set in a pot of solid gold, bedecked with jewels.

The Princess looked down at it, at its black-as-night petals, which seemed to be struggling under the heavy colour its species had produced. It looked weary, wilted and malevolent in its unnatural darkness.

However, she knew what she was holding … what it meant and what he had done for her.

‘My Prince, it is exquisite! Where did you find it?’ she asked.

She saw the love and stroked his face gently, hoping he knew it was returned by her and always would be.

‘Thank you, it is so very beautiful.’

He grasped her hand from his cheek and, as he kissed her fingers, was overcome with a need to possess all of her. This was his wedding night and he had waited a long time. He took the orchid from her, set it down on the terrace, then took her in his arms and kissed her.

‘Come inside, my Princess,’ he murmured into her ear.

She left the Black Orchid on the terrace and followed him into their bedchamber.

Just before dawn, the Princess arose from their bed and went outside to greet the first morning of their new life together. She saw from the shallow puddles that it had rained during the night. The new day was stirring into life, the sun still partially hidden by the trees on the other side of the river.

On the terrace stood an orchid of pink and magenta, in the same solid gold pot which her Prince had presented to her.

She smiled as she touched its petals, now cleansed and healthy from the rain, and so very much more beautiful than the same black orchid he had given her the night before. The faintest hint of grey tinged the puddle of water surrounding it.

Finally, understanding everything, she picked it up, smelling its heavenly scent as she mused on what to do:

was it better to tell the truth to wound, or a lie to protect?

A few minutes later, she wandered back into the bedchamber and curled herself back into her Prince’s arms.

‘My Prince,’ she murmured as he awoke, ‘my Black Orchid has been stolen away from us in the night.’

He sat up abruptly, horrified, ready to call his guards. She calmed him with a smile.

‘No, my darling, I believe it was given to us only for one night, the night we became one, when our love blossomed and we became part of nature too. We could not presume to keep something so magical only to us … and, besides, it would wilt, then die … and I could not bear it.’ She took his hand and kissed it. ‘Let us believe in its power and know that its beauty blessed us on the first night of our lives together.’

The Prince thought for a while. Then, because he loved her with all his heart and because he was so very happy she was now completely his, the Prince did not call his guards.

And as he grew older and their union was successful and blessed with a child conceived on that very night, and many more to follow, he believed for the rest of his life that the mystical Black Orchid had lent them its magic, but was not theirs to keep.

The morning after the Prince’s wedding to his Princess, a poor fisherman sat on the banks of the Chaopraya, a few hundred yards down-river from the royal palace. His line had been empty for the last two hours. He wondered whether the fireworks of the past night may have sent the fish to the bottom of the river. He would not get a catch to sell and his large family would go hungry.

The Cutting Season by Locke, Attica
The Heart Is Not a Size by Beth Kephart
The Proposal by Diane Craver
The Mind Field by Blaze Ward
The Gypsy Blessing by Wendi Sotis
Shades of Truth (The Summerlynn Secrets) by Stockton, C.L.
Praying for Daylight by J.C. Isabella
All the Blue-Eyed Angels by Jen Blood
Into the Fire (The Mieshka Files, Book One) by K. Gorman
Seth and Samona by Joanne Hyppolite
Our partner