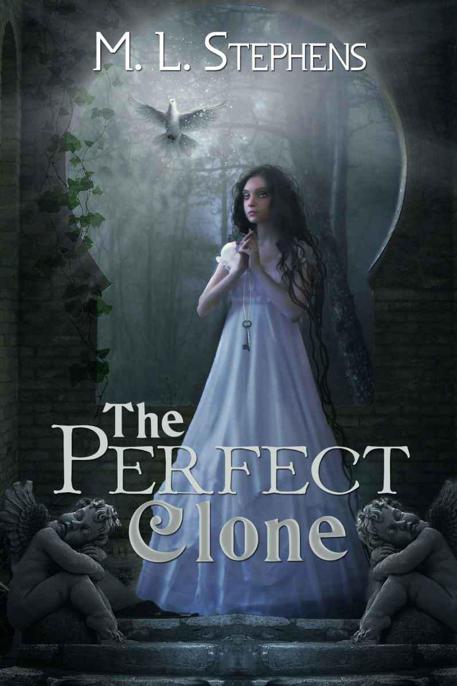 Sticking to codes of moral conduct is no longer an option. Laura’s tried that before and failed miserably. With a second chance at life, she’s determined to make society play by her rules for a change.

Richard has secretly cultivated Laura’s talents for years, waiting for the perfect moment to pull her into his tangled web. It’s difficult enough to clone a child using DNA from an ancient shroud, but convincing Laura to help him might prove to be the bigger challenge.

With her own agenda in mind, Laura takes on the cloning project and is plunged into a world filled with secret societies, deception, murder and…apparitions? As her perception on reality shifts, Laura begins to question everything. What if Richard’s quest to create a clone to save humanity, is instead, The Perfect Clone for destruction?

Author's note: The Community I’ve created offers surprises, splashes of humor, action, suspense, and unexpected plot twists. I hope you enjoy reading it as much as I’ve enjoyed creating it. Welcome to the Community!

Sticking to codes of moral conduct is no longer an option. Laura’s tried that before and failed miserably. With a second chance at life, she’s determined to make society play by her rules for a change.

Richard has secretly cultivated Laura’s talents for years, waiting for the perfect moment to pull her into his tangled web. It’s difficult enough to clone a child using DNA from an ancient shroud, but convincing Laura to help him might prove to be the bigger challenge.

With her own agenda in mind, Laura takes on the cloning project and is plunged into a world filled with secret societies, deception, murder and…apparitions? As her perception on reality shifts, Laura begins to question everything. What if Richard’s quest to create a clone to save humanity, is instead, The Perfect Clone for destruction?

Author's note: The Community I’ve created offers surprises, splashes of humor, action, suspense, and unexpected plot twists. I hope you enjoy reading it as much as I’ve enjoyed creating it. Welcome to the Community!

All rights reserved. No part of this eBook may be reproduced or transferred in any form without the prior written consent of the author, except for brief quotes for review purposes.

This is a work of fiction. Names, dates, incidents, and places, or any resemblances to persons living or deceased, is purely coincidental and a product of the author’s imagination.

My feline ghost writer, Lucky, passed away during this adventure, so this is for him. Thank you for sitting on my keyboard, wrapping around my wrists, and insisting that I took the time to laugh. Your quirkiness is forever embedded in my heart.

If not for Terry Hill, this story would only exist in my head. I couldn’t possibly thank you enough for everything you’ve done. Your words of encouragement helped me to find my voice.

Karen Schroeder, you are the dearest and most tolerate friend. Thanks for keeping me focused.

To my mom who never stopped believing and my sister who acted as my critic.  You both inspire me.

And last, but never least, I couldn’t possibly have done any of this without the love and support of my family. I love you guys!

The tangled hunk of automobile metal resembled macabre art that had been brutally lodged into an oak tree. Broken shards of glass sparkled against blue and red flashing police lights.

Lying on the asphalt, covered with a blue sheet, was the body of a man. How she knew that she wasn’t sure, she just knew, but wasn’t interested. Her focus was on someone else.

The EMT’s and police were too busy gaining control of the situation to notice the curious by-stander who’d slid past the barriers. Laura crept over to the paramedics as they rapidly worked to revive the female victim they’d pulled from the wreckage. Despite a deep revulsion to death, Laura was mesmerized.

Blood that once warmly circulated in the woman’s veins had brutally escaped, forming into puddles on the dark pavement.

Hues of death colored the victim’s skin; skin that had once been rosy. Dark red liquid gelled into a glue-like substance on the woman’s face. Hair that had been meticulously fashioned earlier in the evening was caked with hardened sludge. The woman’s crimson evening gown was ripped open in the front, allowing the paramedics to do their work.

Feeling strangely connected to the life-less figure, Laura knelt down. She had to get closer. She had to see the woman’s face. The EMT’s didn’t stop her.

“Clear,” The paramedic shouted to his comrades as the defibrillator came to life. The corpse’s upper body lifted against the assault of the paddles.

Curious fascination turned into raging disbelief. Recognition flooded her senses and slammed hard against her chest. She knew this woman!

What the hell? How was this possible? This was all wrong. The body of the female victim belonged to her! She couldn't be dead. Not yet—not like this. Laura screamed at her lifeless figure, trying to rouse it. The sound was frozen. She wasn’t finished with her life. She had to get back.

“Clear,” the paramedic shouted again as he pressed the paddles into her chest.

“Lady, don’t you dare die! I have a flawless record and I’ll be damned if you break it. Not tonight. Not on my watch. Breathe, damn you, breathe!”

With fury in check, the seasoned soldier stalked into the empty chambers, waiting for the council members to acknowledge his presence. It wouldn’t take long. Looming against the darkened edges of the room, white fog materialized into faceless figures as they began to arrive.

Considering his irritation with the sovereign leaders, he was glad he’d left his weapons behind. He eyed the shadows taking shape, reminding himself to tread lightly. The current state of affairs was borderline fragile, teetering on the brink of a complete meltdown.

With jaws clinched, the sound of heavy footsteps ricocheted throughout the chamber as he paced. Patience was not his strong suit, but it was imperative that he wait until the council members materialized before casting questions at them.

“Why was this woman allowed to live? She’s the key component in his plan to overthrow us. Are you mad? You’ve given him exactly what he wanted.”

The oldest and wisest member of the govern ship stepped forward. His movements were fluid as his form finally shifted to its towering height. “It is not for you to question the reason. We were given specific instructions to return the woman to her life. If you have issues with authority, I would recommend you not exert them. This matter was given the direct attention from the Superior One. Orders were followed.”

“I will not stand by and watch this!” The soldier’s angry voice thundered against the room’s marble walls.

The elder was not ruffled by the strong rebuke. He’d dealt with the war champion’s irritation many times before. With a composure that is learned from centuries of being in authority, he responded, “Perhaps you should discuss this with the One who gave the orders. I, on the other hand, learned long ago that it is not for us to understand or question his wisdom, but to do as instructed.”

The warrior knew his friend was right, superior authority was not to be questioned, but none of this made sense. It was absurd to give the enemy exactly what they needed in order to win.

“You’ve become blood thirsty old friend. If He gave the order, I will not stand against it. He has my loyalty as always, even if it causes me great pain. I will prepare the troops for the impending war that you so hungrily seek.” The warrior turned on his heel and left without another word. There was much to be done.

Carried on the backs of many human generations, the inevitable war was quickly approaching, and he would be the first on the field of battle to defend his charges.

A colorful sphere gradually fills the dark void, becoming larger and more defined as it draws near. A pair of ancient hands, with long tainted fingernails, guides the sphere to its resting place. Surrounded by immense darkness, the defiled fingers unfold to fully disclose their prize—the Earth’s globe, hovering in suspension above decaying palms.

Red fluid oozes into the blue picturesque waters of the Earth, covering the planet with scarlet as it greedily devours everything it touches.

The sound of children’s voices chanting in the distance, sing a song that is barely discernible. Just as the song becomes audible the voices fall silent, cut off by eerie laughter echoing into the hollowness of the night.

With a resounding explosion, stars shatter like fireworks, violently flinging shards of light in every direction. Both the Earth’s sphere and the decrepit hands are destroyed in the chaos. As the flying sparks reach the edges of the surrounding darkness, they implode. The lights are sucked back to their origin, creating a black vacuum.

A single dove appears in the center of the newly created vortex, struggling against the suction of the vacuum as it fights for freedom. Finally breaking free, the creature takes flight in celebration of its escape. The dove’s white ruffled feathers are a stark contrast to the blackness that surrounds it.

The creature’s chest swells with delight as it coasts on the invisible winds of ecstasy, singing the story of a tumultuous past to all that will hear. Concerned only with its new found freedom, the dove doesn’t notice the blackness taking shape around it. Forming from the darkness, the hideous hands shoot forward, ensnaring the dove in its palms.

Attempts at escape are futile. The gentle creature falls to its side as convulsions overcome it. With painstakingly brutal force, the delicate bones snap, reforming, and shaping until the dove is transformed into a giant eagle, prepared to battle to the death for its freedom.

Jabbing elongated talons into the captor’s flesh, the eagle cries out as it tears and slashes with great fury. Attacking with its beak, it pierces and rips away at skin. Flapping wings create a windstorm of rage in the closed battle arena. Ear piercing screams fill the air. The dove’s magnificent song is now an eagle’s battle cry.

The Only Shark In The Sea (The Date Shark Series Book 3) by Gladden, Delsheree
The Book of the Seven Delights by Betina Krahn
The Last Banquet (Bell Mountain) by Lee Duigon
The Niagara Falls Mystery by Gertrude Chandler Warner
The Invitation by Roxy Sloane
The Gardener by Bodeen, S.A.
The Men of Pride County: The Pretender by West, Rosalyn
Odd One Out by Monica McInerney
Illyria by Elizabeth Hand
Fever for Three by Talbot, Julia
Our partner