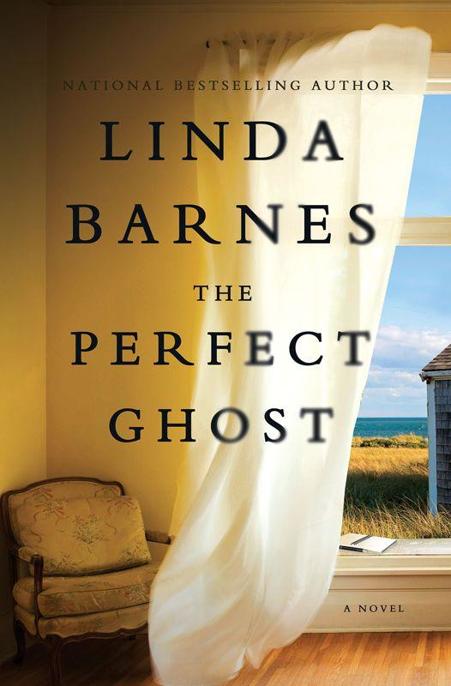 I have taken liberties with the geography of Cape Cod. Dennis Port (or Dennisport) is a village bordering Nantucket Sound, a census-designated place within the town of Dennis, Massachusetts. The Dennis Police Department bears no resemblance to the fictional Dennis Port Police Department.

Doubt thou the stars are fire;

Doubt that the sun doth move;

Doubt truth to be a liar;

But never doubt I love.

Teddy, you would have been proud of me.

I left home on my own, and not just to pace up and down Bay State Road like a restless feline, either. I made arrangements online, but I physically climbed into a puke-stinking cab, pinched my nose during the ride to South Station, and raced onboard the 9:50 Acela. I almost bailed at New Haven because I was terrified, because my Old Haven no longer existed, because it sounded so damned hopeful: “Five minutes to New Haven, exit on your right.” I squeezed my eyelids shut and resisted the impulse to flee. Instead, I thought about you. I conjured you. I imagined talking to you, telling you about the strangers on the train.

There was a snooty woman, tall, imperious, cradling a full-length fur, patting her mink absentmindedly, as if it were a friendly dog. Two teen lovers, a Celtic cross tattooed on her neck, a too-big-to-be-a-diamond stud in his right ear, entertained their fellow passengers by crawling into each other’s laps. A bald man with a hawk nose trumpeted his importance into his iPhone.

Something makes people want to confide in me, no matter how hard I stare at my book. I wish I knew what it was so I could change it. When the businessman abandoned his cell and adjusted the knot in his tie, I had the feeling he was going to start complaining at me, like I was his secretary or his wife, and then just in time I remembered the quiet car. Really, Teddy, it was like you whispered in my ear,
Em, go sit in the quiet car.
I shot to my feet as though the engineer had electrified my seat, lurched down the aisle, and found a place among the blessed book-readers and stretched-out sleepers where I collapsed and breathed until the pulse stopped throbbing in my ears.

I considered swallowing a Xanax, but as I stared out the gray-tinted window at the passing shoreline, I got a better idea: I could pretend there were thick glass windows between me and the crowds, a bulletproof tunnel running straight to Henniman’s. I could keep myself mentally separate, isolated and alone. I could figuratively stay on the train and lock everyone else outside, and I wouldn’t open the door for anyone but Jonathan.

When an elderly woman peered at me over her rimless reading glasses and smiled encouragingly, I let my face go blank, willing her to turn away, to not mistake me for some friend’s college-bound daughter in need of a comforting pat. I must have looked desperate, stricken, agonized in spite of my careful preparation. You can’t imagine how much time I spent modeling outfits in the mirror, changing my mind about this scarf, that pocketbook, these pants, this sweater, before winding up in a sophisticated version of what you called my uniform: ink-black jeans and a wheat-colored edition of my usual V-necked T-shirt. At the last minute I added a black suit jacket because everyone in Manhattan wears one. Simple gold jewelry: a necklace and a ring. All those wasted hours and I still screwed up the shoes. I made a mistake and chose the heels you once jokingly termed my “power shoes.”

At the time, I figured I’d take a cab from Penn Station to Henniman’s. But I was early. When have I not been early? I roamed the station for eighteen minutes, but they kept making scary announcements over the PA. Watch for suspicious persons, abandoned parcels, don’t leave your luggage unattended. The lights were bright and hot, and the air reeked of rotting pizza with a hint of urine underneath. A seedy-looking man focused hollow eyes on my pocketbook, sizing me up for a mugging, so I made the snap decision to walk. I visualized a dot on a map: me. The dot would slide smoothly from Penn Station to the meeting with Jonathan.

I erected my imaginary tunnel and under its protective shell sped crosstown to Fifth Avenue, silently reciting sonnets to counter the boom-and-thud construction noise, the screeching traffic. Shakespearean iambs moved my feet, and the map-dot made steady progress until I reached the corner of Fifth. There, despite the simplicity of the directions, I halted, confused. Right or left? Shaken, I almost panicked. My breathing shifted into second gear, but I knew the numbered cross streets would inform me if I erred. I turned right, which proved correct, and then I simply had to scoot down to the Twenties, which would have been fine except for the shoes.

Never look like you need the money when you go in for a loan. That’s what I thought when I tried them on in front of the mirror. New and expensive, practically unworn, they seemed glamorous and carefree, but how can you look carefree if your toes are getting squeezed in a vise?

I was hopelessly early. Twenty-two minutes. So I detoured, backtracking up Fifth, bypassing the library because the stairs seemed too steep a challenge, taking refuge in Saks, pushing through the heavy door, thinking I could stand there motionless without attracting notice, flexing my toes and inhaling the overly perfumed cosmetics-counter air. I checked myself in the mirror over the Guerlain counter, and really, I could have been someone else, any one of the young professional women in their late twenties who milled about the store. I looked unruffled, as serene as a Madonna in a painting.

I didn’t want to be early, Teddy. Early is so desperate. And that couch in the glass reception cage? It would have been like trying to relax on the rack while the hooded torturers elbowed one another and rubbed their sweaty palms together in anticipatory glee. I was picturing their evil grins when a frozen-faced saleslady showed her teeth and asked if she could help me.

Jesus, Teddy, the days I waited for someone to say that. The years. Can I help you? And when exactly was it that “Can I help you?” started to mean “Can I sell you something?” When was the last time anyone genuinely wanted to help me? Help as in aid, as in succor, as in give sustenance?