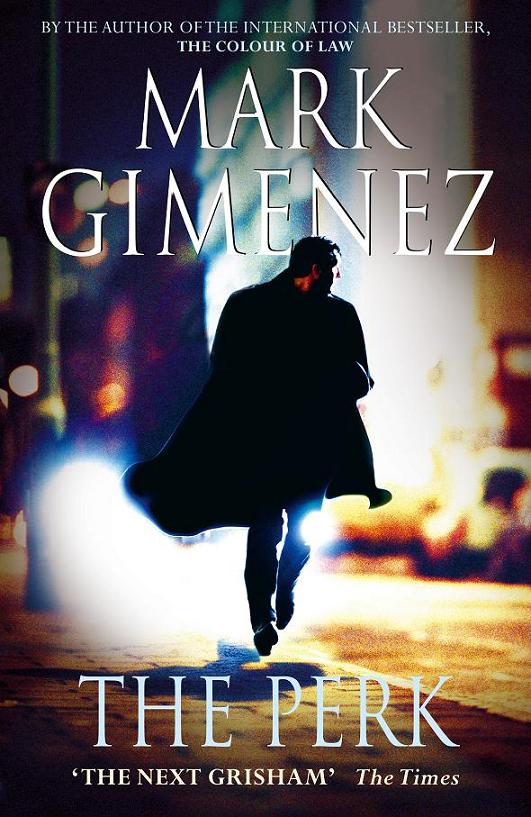 Praise for THE PERK

"Remember when John Grisham exploded on to the
courtroom drama market with novels of breathtaking brilliance? Lightning just
struck twice."

"Gimenez returns to the complex legal thrillers where
he seems to be at his best. The Perk has mystery, humour and history along
with well-drawn characters that the reader will actually care about. As is
often the case in legal thrillers, there is a mix of those characters that take
the moral high ground and those who seem just out for their own good.
Unusually, there are also a few comic and slightly caricatured figures here as
wellâbut they all fit well together in the plot. Together with great
characters and a strong plot there is also lots of interesting historical
information. The ending may not be what is expected but it is all the better
for it and proves to be a good finish to an excellent book. As ever, Gimenez
is highly recommended, impossible to put down and definitely not to be
missed."

"Just as well I started The Perk on the weekend, as I
couldn't put down this bookâ¦ . This one's a crackerâneatly woven subplots,
a taut thriller and a wonderfully current statement on American popular
culture. And yes, Gimenez may possibly be the next Grisham."

“Gimenez fills the John Grisham hole in the legal-thriller
genre so well there may be no room left for Grisham.”

"Gimenez's novels are gripping, intense thrillers.
Guaranteed to keep you up well into the night,Â
The Perk
Â is an
exceptionally well crafted novel, populated by a cast of characters that are
realistically-drawn and appealing. As always, thought-provoking, intelligent,
and addictive. Highly recommended."

Top Ten of 2008â"We read lots of
thrillers and they can tend to merge into one another.Â  The Perk stood out
by a mile as an excellent example of the genre and a stunning, well told tale
in its own right.Â  Gimenez' stature continues to grow."

First published in Great Britain in 2008 by Sphere, an
imprint of Little, Brown Book Group.

This is a work of fiction. Names, characters, businesses,
organizations, places, and incidents either are the product
of the author's imagination or are used fictitiously. Any
resemblance to actual persons, living or dead, events, or locales is
entirely coincidental.

All rights reserved. No part of this publication may be
reproduced, stored in a retrieval system, or transmitted, in any form or by any
means, electronic, mechanical, photocopying, recording, or otherwise, without
the prior written permission of Navarchus Press, LLC. Published in the United States of America.

For Sandra Trujillo-Garcia, who fought for all her students every day.

My sincere thanks to everyone at Little, Brown Book
Group in the UK, as well as everyone at Hachette Livre and Little, Brown in
Australia and New Zealand and Penguin Books in South Africa, for making my
books best sellers around the world; to Archana Ganaraj, M.D., a skilled and compassionate breast cancer surgeon, Barbara Hautanen for the Spanish translations and Marita Fisher for the German translations, and Clay Gimenez for his research; to Joel Tarver at
T Squared Design in Houston for my website and email blasts to my readers; and to all my friends in Fredericksburg, who spoke so openly and honestly about their lives and their townâyou know who you are and you know why I'm not mentioning you by name. It's a small town. And
thanks to all the readers who have emailed me about my books. Your thoughts
and comments are greatly appreciated. I look forward to hearing from you. 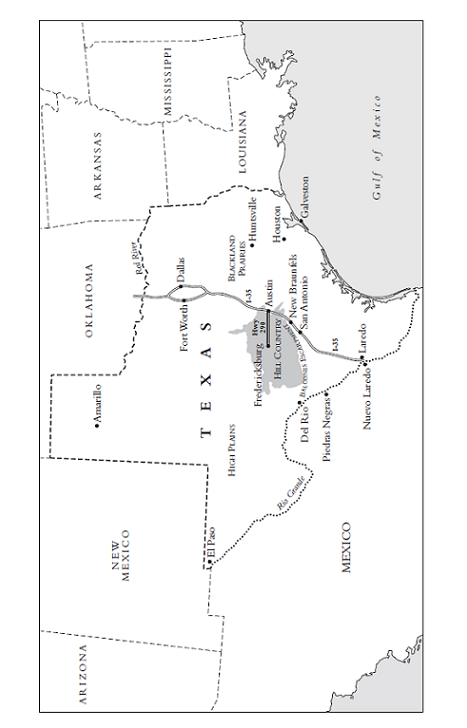 Justice?âYou get justice in the next world, in this world
you have the law.

- From
A Frolic of His Own
by William Gaddis

She was posing outside the limo with a dozen other girls, like
illegal Mexicans waiting for work on L.A. street corners.

Sixth Street was packed with perks.

He had come back to Texas for the film festival
in Austinâokay, it's not exactly Cannes or even Sundance, but there were always
plenty of gorgeous Texas girls willing to play groupie-for-a-day to a famous movie
star. Jesus, they came out of the woodwork, especially in a college town like Austin, incredibly beautiful coeds thinking that if they laid a movie star they might
become a star, too.

Of course, all they become is laid.

But he viewed groupies the same way he viewed
private jets, personal trainers, Swedish masseuses, and chauffeured limousines
like the one he was riding in tonight: perks of the trade. He was
twenty-nine, he was remarkably handsome, and his last film had grossed $250
million domestic. He got a lot of perks.

And he had just spotted his next oneâblonde,
beautiful, and built like a Playmate.

It was New Year's Eve and she was wearing a
white blouse so sheer a blind man could see she wasn't wearing a bra, a
butt-hugging black miniskirt, and black stiletto heels; she was swinging a
little black purse like a hypnotist swinging a pocket watch in front of her
subjectâand he was mesmerized by her. He lowered the blacked-out window and
pointed at her like he was picking out a prime cut at the meat market. She
damn near dove into the limo through the open window.

It was that easy.

He snorted another line of the white powder and
chased it with a shot of whiskey while she settled back into the plush leather
seat across from him and looked around the limo like a kid at Disneyland. You
couldn't slap the smile off her face. She said, "I always wanted to ride
in a limo."

"Honey, you're gonna get to do more than
just ride."

"I'm Heidi Fay," she said, as if he
would actually remember her name tomorrow. "I'm gonna be a big star one
day."

He patted the seat next to him, and she bounced
over. He dove into her breasts and slid his hand up her smooth inner thigh
until he touched a bit of heaven on earth. She scooted away from his hand.

"Can I have something to drink?"

Playing hard to
get, was she?
Well, he had the cure for that. He removed his hand from
under her skirt and raised up; she was holding out a cell phone.

"Sis will never believe this is happening
to me."

The thought that she had just taken his photo
never entered his intoxicated mind because his brain's diminished capacity
could focus on only one thing now.

He turned to the bar and retrieved the whiskey
bottle. He turned back and saw she was still fiddling with her cell phone.

"You don't want to call anyone."

He took the phone out of her hand and tossed it
onto the seat across from them. Then he filled the shot glass and held it out
to her.

"Darlin', you don't drink my kind of coke.
Bottoms up."

She downed the whiskey and almost gagged. He
refilled her glass, twice to make sure. Then he lined out some more cocaine on
the little mirror and held the straw out to her.

He thought,
Yeah,
and you're a virgin, too.

He said, "Then you don't really want
to be a star, do you?" He gestured outside with the straw. "Maybe I'll
make one of those girls a star."

She stared out the window like a kid leaving
home for the first time, then took a deep breath and the straw, bent over, and snorted
the coke. She straightened up and sneezed. Twice. Hell, maybe she really was
a first-timer. Maybe she was a virgin. That got him more excited, so he
nudged her head down for two more long lines. When she came back up, her blue eyes
were so dilated they looked black. He unbuttoned her blouse without objectionânow
that was more like itâand buried his face in her soft breasts.
Damn, they
felt real.
He leaned into her, and they fell back onto the seat. He
reached up her skirt and pulled her thong down, then unzipped himself and
pushed into her.

He lasted almost a full minute.

He pushed himself off her and drank whiskey from
the bottle. She struggled up, fell onto the floorboard, then crawled onto the
seat across from him. She worked herself into a sitting position.

She was a sight: her blouse hanging open and her
bare breasts staring back at him like twin sisters, her skirt up around her
waist like a tutu, and her black lace thong wrapped around her ankle. But she still
smiled pretty-please and said in a slurred speech, "Can you get me an
audition in Hollywood?"

They all asked the
same question. But before he could give her his stock replyâ"Honey, that
was
your audition"âher eyes rolled back in her head and she fell over like
a stunt girl acting as if she'd been shot dead.

He looked at her lying there passed out and
shook his head.
What the hell was he going to do with her now?
He
couldn't just open the door and roll her out onto the Sixth Street sidewalk
crowded with agents, writers, managers, groupies, panhandlers, drunk college
kids, and cops. And he couldn't very well throw an unconscious coed over his
shoulder and haul her right through the front door of the five-star Driskill
Hotel in downtown Austin, waving at fans and walking through a gauntlet of
paparazzi on the way up to the Cattle Baron's Suiteâthat wouldn't sit well with
the studio brass, not to mention his pregnant wife. And he couldn't just leave
her to sleep it off; what if the cops found her in his limo? That would make
Entertainment Tonight
for sure. And besides, he needed the limo, much like a
professional bass fisherman needed his lures: the night was young and the fish
were biting.

Falling Backwards: A Memoir by Arden, Jann
A Twist of Fate by Christa Simpson
Venomous
Spawn by Shaun Hutson
The Widow Waltz by Sally Koslow
Southern Seduction by Brenda Jernigan
Jaxson (River Pack Wolves 1) - New Adult Paranormal Romance by Woods, Alisa
Due or Die by Jenn McKinlay
Memoirs Of An Invisible Man by Saint, H.F.
The Heart of Christmas by Brenda Novak
Our partner