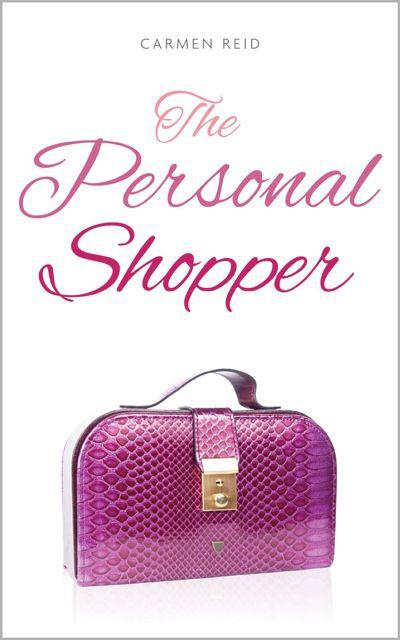 How Not To Shop

Shopping With The Enemy

Three In A Bed

Did The Earth Move?

How Was It For You?

The Jewels of Manhattan

The first of Svetlana’s new outfits for spring:

Annie Valentine, senior personal shopper at the five floors of London retail heaven, called The Store
(because less is so much
more), watched Svetlana Wisneski emerge from behind the fuchsia velvet curtain of th
e changing room. The
dress clung to the curves of the billionaire’s wife and, in three-inch heels, she towered like a blonde superhuman.

The effect was breathtaking, but Annie, who always exceeded her monthly comm
ission targets, immediately read the
dissatisfied look on her VIP client’s high-cheekboned, high-maintenance face.

‘Not working for you, dar
lin’?’ Annie asked. ‘Not channeling S
pring, lambs frolicking, Easter bonnets or April in Paris?’

‘Never mind, have no fear, we will find it for you,’ Annie promis
ed, flicking at speed through a rail packed with sensational dresses – Chloé, Missoni,
Temperley, Gucci, Versace –
so new in they were not yet out
of their plastic wrappers.

‘H
ow about Pucci? This could be delicious.’

anything less than the perfect outfit – more usually

much as they’d planned to spend because her

delivered in a down-to-earth, no-nonsense, London-born-and-bred accen
t, was so persuasive and so good
.

Annie shopped for her customers, for her friends and for
herself with unflagging determination
.

Nothing was too much trouble for this gold
standard professional: she could scour every glossy

corner of The Store for the exactly right item
and she knew every single designer collection
right down to its ‘diffusion’ thongs.

This afternoon’s client, statuesque Svetlana, was a cherished customer. Married to the richest pot-bellied, lumpy-looking Russian in London, Svetlana was one of a select handful of shoppers entitled to a free limousine
ride home with her
purchases.

Today, early in February, the everlasting winter sales were almost over and the bright new Spring collections were finally breaking through in shades of palest
lemon, baby pink, green, green and more green, ultraviolet and sky blue. Svetlana was in to shop for the new season as early as possible because she liked to be first and to have the pick of the new.

For close to an hour, Annie had walked this elite customer and her dumpy personal assistant Olga round

every one of The Store’s glittering floor
s. They’d begun in the
cosmetics hall where assistants had brought out compacts and testers and sample sizes, trilling th
e delights of spring’s ‘fresh new palette’.

While Svetlana had let herself be lavishly made up and manicured, Olga had scathingly pronounced the shimmery nude polish ‘almost invisible’ and ‘far too expensive’.

‘She works for him,’ Svetl
ana had whispered
to Anni
e when Olga was out of earshot, ‘My husband, Potato-face. H
e thinks I spend too much money and
she
is spying on me.’

‘No!’ Annie assured her, although, much to her continued disappointment, she knew nothing of life as a trophy wife, whereas Sve
tlana was on her third
wealthy husband. She’d traded up spouses the way other women trade up houses.

It was obvious to

Annie that if she wanted advice on finding a rich husband (and boy, could she do with one, her eye-watering credit card bills had come in this morning), this was the woman to ask. Surely it was just a matter of the

right question at the right moment to get the conversation started?

Once Svetlana had toured the new collections of the designers she regularly chose – Yves Saint Laurent and Givenchy for dressing up, Donna Karan for casual – Annie had tried to entice her into some different, more colourful, directions: Missoni, Pucci, Matthew Williamson.

The billionaire’s wife had looked mournfully through the rails: ‘No, no . . . well . . . maybe . . . I don’t know if Igor will like it,’ she’d declared. ‘He likes sexy but ladylike, always ladylike.’ As if, over the two years they’d shopped together, Annie hadn’t realized. ‘Sexy but
ladylike’ was Svetlana’s mantra and
Svetlana’s marriage was her career.

She hosted bi-weekly dinners and monthly cocktail parties, she attended endless business receptions, made charming small talk for hours, always looked impeccably elegant, and all for the benefit of Igor and his empire. Svetlana had staff to organize: cooks, housekeepers, cleaners and maids. She had five houses in three countries to furnish, refurbish and decorate. Clearly, it was a demanding, full-time job being Mrs Igor Wisneski. But as she’d confided to Annie – when Olga was once again out of earshot – she was approaching 35, and in need of all the help she could get to maintain her position.

Although Svetlana was tall, naturally ice blonde and breathtaking, not to mention the mother of the gas baron’s two sons and heirs, despite an extremely skilful mid-section facelift and perky breast enhancement, her place as drop dead gorgeous status wife was never taken for granted.

tirelessly to maintain the interest of Potato-face, enduring a gruelling daily workout with a martial arts

expert, fortnightly colonics and all manner of other invasive beauty injections and treatments.

Now she stood before Annie, with a far more satisfied expression because she could see she was a knockout in the tight, belted Pucci.

Hand on slinky hip, Svetlana considered herself studiously in the three-way mirrors before finally announcing: ‘I don’t know why I’m ever unsure about your ideas, Ahnnah’ – she’d never got the hang of ‘Annie’ – ‘You are always, always correct.’

‘You need a pale coat for
that dress,’ Annie suggested,
‘I have a white cashmere, knee-length, beautiful cut. I’ll have it brought
up along with a new Chloé – just
in this morning – to hang off your arm.’
She winked at Svetlana who,
like Annie, could never resist a soft, dreamy leather bag, jangling with gold links, buckles an
d the latest ‘must have’ logo.

‘S
orry to interrupt.’ Paula, the other personal shopper on today, put her head round the curtain which separated Annie’s section from hers.

Annie shook her head and raised her eyebrows: ‘Urgent?’ she asked.

‘Your bid’s been exceeded on the vintage Miss Selfridge . . .’ Paula began.

Although she had primed Paula to keep an eye on the items she was bidding for on the internet today, this news wasn’t important enough to justify abandoning Svetlana just as she turned her mind to new handbags.

‘Thanks, but don’t worry about it,’ Annie instructed, and with a swish of 18 inches of genuine Asian hair extension, painstakingly braided into hundreds of tiny plaits each with a bead sewn at the end, Paula was gone.

Svetlana had firmly decided on three evening gowns, five day dresses, two trouser suits, a coat, four pairs of shoes and two handbags. She was debating the Manolo boots, a ball dress and ‘something to cheer Olga up’ when Paula appeared at the curtain again.

‘Help!’ she mouthed at Annie, who gave a little sigh. She suspected this was about Paula’s next client. Paula wasn’t exactly bad at her job, she was just young (24), inexperienced, and so obsessed with fashion that she couldn’t translate what was hot into what would really suit and work for someone.

She would quite happily stuf
f a chunky 54-year-old lawyer
into Juicy Couture and studded gold mules because ‘Wow, that is so now! So happening!’

Raphaela's Gift by Sydney Allan
Extreme Love Makeover by Barbara Witek
The F-Word by Sheidlower, Jesse
The Journeys of a Different Necromancer by James J. Crofoot
The Devlin Deception: Book One of The Devlin Quatrology by Jake Devlin, (with Bonnie Springs)
A Demon Bound (Imp Book 1) by Dunbar, Debra
The Veil by Bowden, William
A Flag for Sunrise by Robert Stone
Darcy and Fitzwilliam: A Tale of a Gentleman and an Officer by Karen Wasylowski
Prepper's Sacrifice by John Lundin
Our partner