Read The Pressure of Darkness Online

The Pressure of Darkness 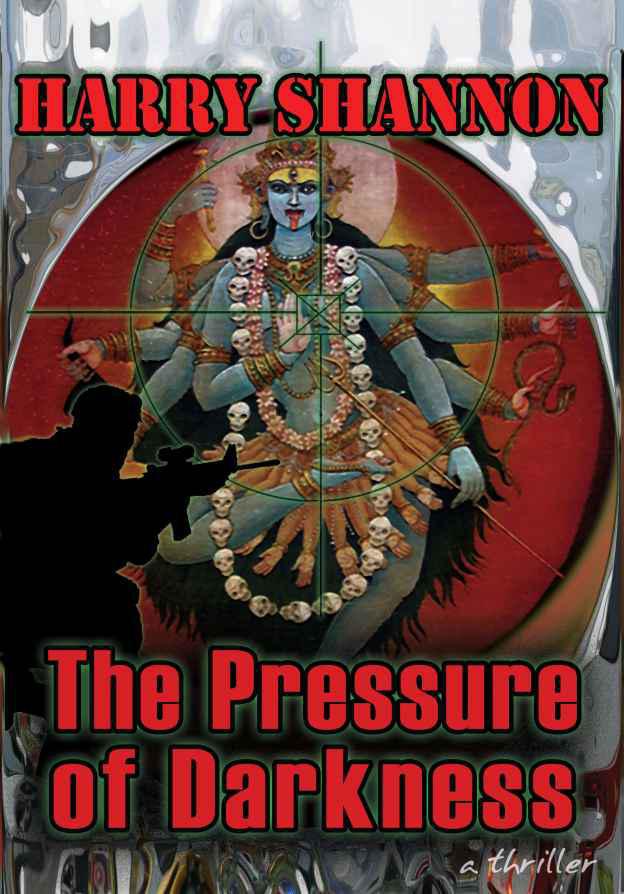 THE PRESSURE OF DARKNESS

This novel is dedicated to three amazing women—the late Devon Doherty, her sister Jaidon, and their mother Jen.
Namaste
.

"There is such a thing

Anyone who has ever endeavored to write a novel will cheerfully tell you that it is impossible to accomplish such a daunting task without the support of a great many friends and advisors—too many, in fact, to list here. I asked several different folks from various professions for input along the way, and they were all abundantly helpful. However, in the end, I just flat-out made up a bunch of stuff to suit my nefarious purposes, so please know that any errors contained herein are my own. All of the people and events are products of my overheated imagination.

As for the fictional disease Pal created, this tale was obviously written as entertainment, but I hope it also serves as something of a warning. Bird flu is yet another wake up call. The world needs to get its act together. Any day now, a new virus, manufactured or otherwise, will appear like a blip on the radar screen but become a global public health disaster within a matter of weeks.

The quartet of young soldiers, their faces soot-blackened and sweaty, are stretched out near backpacks which, like their uniforms, have been carefully stripped of all military insignia. Silenced weapons have been cleaned, knives sharpened, explosives wrapped carefully, drop ropes diligently re-wound, medical kits checked and re-checked. So now they chew gum and pretend to snooze with the studied insouciance of bloodied males the world over. They have come up together, from Fort Bragg and its Range 19 to Covert Ops in Somalia, and they are at ease in each other's company.

The observer, a youthful "spook" named Cary Ryan, has almost effeminate features but the lithe, compact toughness of a gymnast. He wears a drab uniform, also devoid of any markings, and lives up to his job description by rarely speaking. The men wait. All around them tiny lights flicker, casting purple-pink fingers of shadows up the riveted metal walls. The tallest soldier, a freckled-faced athlete from Nevada, picks imaginary food from his teeth. "Say, Top?"

The red-haired boy cocks his head. "Where the fuck is this dump we're roping into again?"

"I told you, it's some tribal armpit maybe a few clicks past Mo, over near Ethiopia," Top says, dryly. "Why, you got a problem with that?"

Burke shrugs. Around him the other soldiers are starting to tune in. They sense that he's on to something. "Yeah. We're going the wrong way."

"We're moving north, across the bay. Hell, this turns out to be a long enough flight we'll be in fucking Djibouti."

Top lowers and shakes his head. Looks up: "Outstanding, genius. That's because the target is in Djibouti."

Their young medic, inevitably nicknamed Doc, is a wiry black man. "So we're going into yet another fucking backwards country, without official permission. You're shitting me, right?"

"Damn, that is harsh. I was hoping you made us lose our ID in case of a paternity suit or something."

Nervous laughter all around. Their leader stands up, lurches to one side and grabs onto a leather strap to keep his balance. He looks down at them fondly, shakes his head in mock disappointment. "Bunch of clowns . . ."

"So what's the real mission, Top?" The fourth man is Scotty Bowden. He is stocky, muscular, and always seems to have a two-day stubble on his weathered face. "And what the fuck is in Djibouti?"

"A warlord who needs to learn some manners. I guess Clinton can't get that lying sack of shit Hassan Gouled to do anything, so it's our party."

Burke snorts. "So much for the fucking French, huh?"

"Yeah. They won't touch this guy either, although the frogs do know we're coming. They said they'd look the other way, but other than that, we're on our own."

"Mighty white of them," jokes Doc. No one reacts.

"And if you are killed or captured," Scotty intones, "the secretary will disavow all knowledge of your actions." He hums the theme from 'Mission Impossible.' That manages to draw a few chuckles.

"Here's the name of the game," Top says, firmly. "Get killed if you have to and we'll bring you home."

Cary Ryan offers his first words. He speaks in a cool, clear voice. "But now hear this . . . nobody gets caught."

An immediate silence follows; all eyes turn away to wander the nearly empty cabin. Death is acceptable, but capture, and the inevitable videotaped confession that would surely follow brutal torture, is strictly forbidden. In short, shoot yourself if you have to; indeed, shoot your friend, but
do not leave anyone behind alive
. Everyone goes home . . . or else.

Scotty cuts a huge fart and breaks the tension. Burke waves a bush hat in the air and pretends to gag, Cary Ryan holds his nose. Doc Washington sits quietly, dreaming of a future he may not see. Top watches with a believable, yet entirely manufactured grin plastered on his face. He is the oldest warrior, thirty-six and pushing thirty-seven; to him the others, in their late twenties, are a solemn responsibility.

"If you ladies are through polluting the rarified air of our home away from home, I'll give you a sitrep and our exact mission."

All business, now, the group gathers in a tight circle. Top reflexively turns his back to the open ramp, flicks on a small flashlight and jams it between his teeth. He drops some photographs onto the floor, illuminates them. "Look these over and memorize the face and vitals. The target is a prick named Yousef Dahoumed. He's a religious nut, a terrorist who is asshole buddies with another rag head called Osama Bin Laden. In fact, they are supposed to be distant cousins. As you girls know, Bin Laden has a real hard-on for the U.S., and may be backing Adid."

Burke mutters something unintelligible. Top eyeballs him until he speaks. "What kind of religious nut, or doesn't that matter?"

Burke gestures expansively, palms out. "You know I like to read about religions, Top. It's a thing with me, okay? So tell us."

"He's a nut job, plain and simple. From what I heard he's set up his own weird mix of Islamic Fundamentalism and Animism, which I've been told is seeing God everywhere, or something like that. You'd know better than me."

"That's close enough. Damn, that sure would have to be one strange brew to work."

"It's strange, all right. We're talking worshipping Allah via animal sacrifice, rolling your ass around in blood, all kinds of weird shit. Which plays right into running a terrorist organization, I might add. He whips those ignorant fuckers into a real frenzy and sends them into Somalia after the white oppressors. Meaning us."

"So what the fuck is he doing over in Djibouti, then?" Scotty Bowden is just making conversation. He won't come alive until the fighting starts.

"Intel says he has a training compound there. The French don't want to piss off that asshole Gouled, and he don't want to irritate his Islamic A-rab majority, so they have all been letting Yousef Dahoumed do whatever he wants to us, long as he stays out in the boonies and doesn't fuck with them."

"Not that it matters," Doc offers, "but anybody tell you why we give enough of a shit about this guy to risk an op like this?"

The group goes silent. That voice belongs to Cary Ryan. The acronym he used is for 'rocket-propelled grenades.' "As you know, they've been turning up all over Mogadishu, and one of these days some of the good guys are going to get killed. Intel says Dahoumed is collecting the grenade rifles and shipping them to Adid."