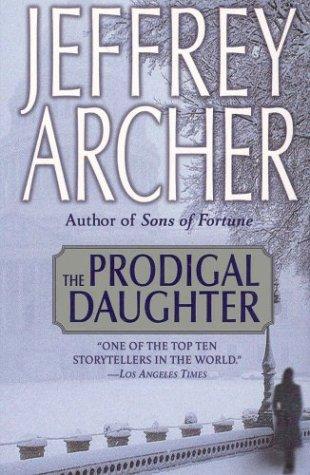 Shall We Tell
the President?

A Matter of
Honour

As the Crow
Flies

A Quiver Full of
Arrows

A Twist in the
Tale

To Cut a Long
Story Short

Mallory: Walking
off the Map

The publishers
wish to thank April Music Limited for their kind permission to quote lyrics
from Jesse byJanis Ian.

The characters
and situations in this book are entirely imagined and bear no relation to any
real person or actual happening This book is sold subject to the condition that
it shall not, by way of trade or otherwise, be lent, re-sold, hired out or
otherwise circulated without the publisher’s prior consent in any form of
binding (it, cover other than that in which this is published and without a
similar condition including this condition being imposed on the subsequent
purchaser.

“
P
RESIDENT
OF THE UNITED STATES,” she replied.

I can think of
more rewarding ways of bankrupting myself,” said her father as he removed the
half-moon spectacles from the end of his nose and peered at his daughter over
the top of his newspaper.

“Don’t be
frivolous, Papa. President Roosevelt proved to us that there can be no greater
calling than public service.”

“The only thing
Roosevelt proved...” began her father. Then he stopped and pretended to return
to his paper, realizing that his daughter would consider the remark flippant.

The girl
continued as if only too aware of what was going through her father’s mind. I
realize it would be pointless for me to pursue such an ambition without your
support. My sex will be enough of a liability without adding the disadvantage
of a Polish background.”

The newspaper
barrier between father and daughter was abruptly removed.

“Don’t ever
speak disloyally of the Poles,” he said. “History has proved us to be an
honorable race
who
never go back on our word. My
father was a baron-”

“Yes, I know. So
was my grandfather, but he’s not around now to help me become President.”

“More’s the
pity,” he said, sighing, “as he would undoubtedly have made a great leader of
our people.”

“Then why
shouldn’t his granddaughter?”

“No reason at
all,” he said as he stared into the steel gray eyes of his only child.

“Well then,
Papa, will you help me? I can’t hope to succeed without your financial
backing.”

Her father
hesitated before replying, placing the glasses back on his nose arid slowly
folding his copy of the Chicago Tribune.

“I’ll make a
deal with you, my dear-after all, that’s what politics is about. If the result
of the New Hampshire primary turns out to be satisfactory, I’ll back you to the
hilt. If not, you must drop the whole idea.”

“What’s your
definition of satisfactory?” came back the immediate reply.

Again the man
hesitated, weighing his words, “If you win the primary or capture over thirty
percent of the vote, I’ll go all the way to the convention floor with you, even
if it means I end up destitute.”

The girl relaxed
for the first time during the conversation. “Thank you, Papa. I couldn’t have
asked for more.”

“No, you
certainly couldn’t,” he replied. “Now, can I get back to figuring out just how
the Cubs could possibly have lost the seventh game of the series to the
Tigers?”

“They were
undoubtedly the weaker team, as the nine -three score indicates.”

“Young lady, you
may imagine you know a thing or two about politics, but I can assure you you
know absolutely nothing about baseball,” the man said as his wife entered the
room. He turned his heavy frame toward her. “Our daughter wants to run for
President of the United States. What do you think about that?”

The girl looked
up at her, eagerly waiting for a reply.

“I’ll tell you
what I think,” said the mother. A think it’s well past her bedtime and I blame
you for keeping her up so late. “

She came to her
father’s side, kissed him on the cheek and whispered, “Thank you, Papa.”

The man’s eyes
followed his eleven-year-old daughter as she left the room, and he noticed that
the fingers of her fight hand were clenched, making a small, tight fist,
something she always did when she was angry or determined. He suspected she was
both on this occasion, but he realized that it would be pointless to try to
explain to his wife that their only child was no ordinary mortal. He had long
ago abandoned any attempt to involve his wife in his own ambitions and was at
least thankful that she was incapable of dampening their daughter’s.

He returned to
the Chicago Cubs and their loss of the series Prologue 3 and had to admit that
his daughter’s judgment might even be right on that subject.

Florentyna
Rosnovski never referred to the conversation again for twenty-two years, but
when she did, she assumed that her father would keep his end of the bargain.
After all, the Polish are
an honorable race who never go
back on their word.

I
T HAD NOT BEEN
AN EASY BIRTH, but then for Abel and Zaphia Rosnovski nothing had ever been
easy, and in their own ways they had both become philosophical about that. Abel
had wanted a son, an heir who would one day be chairman of the Baron Group. By
the time the boy would be ready to take over, Abel was confident, his own name
would stand alongside.those of Ritz and Statler, and by then the Barons would
be the largest hotel group in the world. Abel had paced up and down the
colorless corridor of St. Luke’s General Hospital waiting for the first cry,
his slight limp becoming more pronounced as each hour passed. Occasionally he
twisted the silver band that encircled his wrist and stared at the name so
neatly engraved on it.

Abel had never
doubted, even for a moment, that his firstborn would be a boy. He turned and
retraced his steps once again, to see Dr. Dodek heading toward him.

“You have a
beautiful girl,” the doctor said as he reached him.

“Thank you,”
repeated Abel quietly, trying not to show his disappointment.

He then followed
the obstetrician into a little room at the other end of the corridor. Through
an observation window, Abel was faced with a row of wrinkled faces. The doctor
pointed to the father’s firstborn. Unlike the others, her little fingers were
curled into a tight fist. Abel had read somewhere that a child was not expected
to do that for at least three weeks. He smiled, proudly.

Mother and
daughter remained at St. Luke’s for another six days and Abel visited them
every morning, leaving his hotel only when the last breakfast had been served,
and every afternoon after the last lunch guest had left the dining room.
Telegrams, flowers and the recent fashion of greeting cards surrounded Zaphia’s
iron-framed bed, reassuring evidence that other people too rejoiced in the birth.
On the seventh day mother and unnamed child-Abel had considered six boys’ names
before the birth-returned home.

On the
anniversary of the second week of their daughter’s birth they named her
Florentyna, after Abel’s sister. Once the infant had been installed in the
newly decorated nursery at the top of the house, Abel would spend hours simply
staring down at his daughter, watching her sleep and wake, knowing that he must
work even harder than he had in the past to ensure the child’s future. He was
determined that Florentyna would be given a better start in life than he had
had. Not for her the dirt and deprivation of his childhood or the humiliation
of arriving on the Eastern Seaboard of America as an immigrant with little more
than a few valueless Russian rubles sewn into the jacket of an only suit.

He would ensure
that Florentyna was given the formal education he had lacked, not that he had a
lot to complain about. Franklin 1). Roosevelt lived in the White House, and
Abel’s little group of hotels looked as if they were going to survive the
Depression. America had been good to this immigrant.

Whenever he sat
alone with his daughter in the little upstairs nursery he would reflect on his
past and dream of her future.

When lie had
first arrived in the United States, he had found a job in a little butcher’s
shop on the lower East Side of New York, where he worked for two Jong years
before filling a vacancy at the Plaza Hotel as a junior waiter. From Abel’s
first day, Sarmny, the old maitre d’, had treated him as though he were the
lowest form of life. After four years, a slave trader would have been impressed
by the work and unheard-of overtime that the lowest form of life did in order
to reach the exalted position as Sammy’s assistant headwaiter in the Oak Room.
During those early years Abel spent five afternoons a week poring over books at
Columbia University and, after dinner had been cleared away, read on late into
the night.

His rivals
wondered when he slept.

Abel was not
sure how his newly acquired sheepskin could advance him while he still only
waited on tables in the Oak Room. The question was answered for him by a
well-fed Texan named Davis Leroy, who had watched Abel serving guests 9
solicitously for a week. Mr. Leroy, the owner of eleven hotels, then offered
Abel the position of assistant manager at his flagship, the Richmond
Continental in Chicago, with the sole responsibility of running the
restaurants.

Abel was brought
back to the present when Florentyna turned over and started to thump the side
of her crib. He extended a finger, which his daughter grabbed like a lifeline
thrown from a sinking ship. She started to bite the finger with what she
imagined were teeth...

When Atxl first
arrived in Chicago he found the Richmond Continental badly run down. It didn’t
take him long to discover why. The manager, Desmond Pacey, was milking the
books and as far as Abel could tell probably had been for the past thirty
years. The new assistant manager spent his first six months gathering together
the proof he needed to nail Pacey and then presented his employer with a
dossier containing all the facts. When Davis Leroy realized what had been going
on behind his back he immediately sacked Pacey, replacing him with his new
protdgd. This spurred Abel on to work even harder, and he became so convinced
that he could turn the fortunes of the Richmond Group around that when Leroy’s
aging sister put her 25 percent of the company’s stock up for sale, Abel cashed
everything he owned to purchase it. Davis Leroy was touched by his young
manager’s personal -commitment to the company and proved it by appointing him
managing director of the group.

The Verge Practice by Barry Maitland
American Rhapsody by Joe Eszterhas
Dead Silence by Derting, Kimberly
Lindsey's Wolves by Becca Jameson
ROMANCING THE MOB BOSS by Monroe, Mallory
Secrets (A Standalone Novel) (A Suspense Romance) by Adams, Claire
The Genesis Project by Tigris Eden
Removal by Murphy, Peter
Taming the Hunted by Larisa Anderson
A Baby by Easter by Lois Richer
Our partner