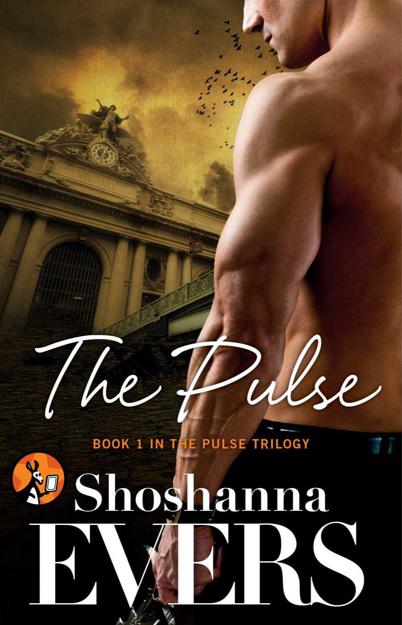 A Sneak Peak at ‘The Escape’

Thank you for downloading this Pocket Star eBook.

Sign up for our newsletter and receive special offers, access to bonus content, and info on the latest new releases and other great eBooks from Pocket Star and Simon & Schuster. 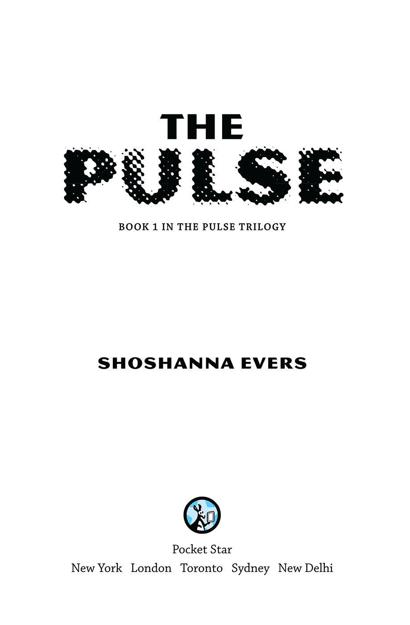 Sneak peek at
The Escape

TWO MONTHS AFTER THE PULSE

EMILY
Rosen dropped the can of dog food into her backpack and shivered, her breath making little white puffs in the cold air inside the stairwell of her building. Her own apartment had gotten too cold to keep living in, and her systematic search through the other apartments yielded only a few cans of precious food. No one had a working fireplace, and without fire she’d freeze to death.

She’d have to venture outside her building and find someplace warm to squat in. Emily survived this long by avoiding the military camps and living off scavenged food—but she couldn’t live without heat, not in a New York winter.

The heat had been off since the power went out with the Pulse, followed by running water two days later.

Footsteps sounded in the hall outside the stairwell door. Emily gasped and paused with her hand on the doorknob to her floor.
Soldiers.

The sound of spray paint hissing onto the building’s once immaculate white walls permeated through the thick stairwell door. She’d seen the mark before, like a big circle with an X through it. Something about how many alive, how many dead.

The door swung open and she cried out in surprise as two soldiers loomed above her. She turned to run even as an iron grasp gripped her forearm, forcing her to stay put.

“Don’t run,” one soldier said. “We have food for you at Grand Central.”

“Not Grand Central,” she said, her voice sounding raw and foreign to her own ears. “No way.”

“It’s the only FEMA camp left in the city,” the soldier replied. “Forget it, I don’t have the time for this bullshit.” He let her go and turned to the soldier holding the spray paint. “Just change it to say we found three dead on this floor, zero alive. It’ll be true soon enough anyway.”

At the sound of the spray paint marking her fate, Emily realized he was probably right. She’d die if she didn’t take action—and she couldn’t die. Not today, not like this. “Okay. I’ll go with you to the camp. I just need to get my things—my stethoscope.”

Of course not. If they were taking her to Grand Central, they weren’t planning on using her as a nurse. Not if the rumors were true.

Christopher Mason stomped
his feet to warm them up, trying to ignore the growl in his belly. Food was available only three blocks east at the military camp at Grand Central Station, but with martial law in place Mason had to avoid anyone wearing a uniform.

He pulled a dirty recycled soda bottle from his jacket pocket and sipped deeply. The water would fill him up for now. The drops of bleach he poured into it made the shit-water taste like a chlorinated pool kids pissed in, but all that mattered was that it didn’t make him sick. Cholera packed a fatal punch and scared him worse than the soldiers did.

If the army caught him and found out who he really was, they’d shoot him, just like they shot everyone else on lock-down at Rikers after the Pulse. It was pure luck the corrections officer chose that moment to escort Mason to the prison infirmary—that moment right before the power went out and the gennies never kicked on.

No power. No phones. No computers. No backups. No generators—no cars, even. Everything just
wham
, fried. And no hope of fixing it.

It would’ve been kinder of the terrorists to hit them with a direct nuke. This EMP shit hurt them way worse. The deaths were slower… except for the deaths caused by the soldiers. Those were quick.

Mason absently touched his thigh where the twisted scar lay under his cargo pants. The fences at Rikers may no longer be electrified, but the barbed wire that covered them was still a bitch.

His stomach rumbled. The abandoned cars used to have the occasional food item hidden inside, but Mason had long since scavenged through all of the vehicles down Broadway. He didn’t like going into the apartments if he could avoid it, because of the corpses that stared at him with sightless, glassy eyes and made him gag with their stench.

A lot of people hadn’t made it through the winter without heat, running water, or electricity. The survivors living at Grand Central got federal rations and some semblance of order, but Mason didn’t have the luxury of asking for a handout.

The empty street stretched out before him, cold and unforgiving. A desert made of skyscrapers with no oasis. The rumble of a single engine starting somewhere up the block broke the silence. Mason froze, hefting his rifle up. So much for being alone.

Old trucks worked, anything that didn’t have a modern computer chip in it. The army commandeered all the fifties junkers in the tri-state area, like the one the soldiers drove now.

Ducking behind a stalled taxicab, he held his breath as if he had spotted a tiger on the loose instead of an old pickup truck carrying human cargo—two men with guns and their catch of the day. Three women sat in the back of the truck behind the soldiers with blank faces and distant stares.

“Will you let us eat first?” one of the women asked, her voice carrying easily over the silence in the street.

Mason couldn’t make out the mumbled reply from the soldiers, but the men laughed.

The truck passed Mason without spotting him and he stood, aiming his rifle at one of the soldiers, the laser sight centered over his heart. Mason kept his finger off the trigger. He didn’t kill unless necessary, not anymore.

One woman in a rumpled purple sweatshirt looked back over her shoulder.

Late twenties, perhaps, or maybe younger. Hard to tell with her gaunt face, still beautiful despite the fear creasing her brow. Dark circles deepened her eyes, outlined by a thick black fringe of lashes he could see half a block away. Her dark hair fell to just below her shoulder.

And she looked directly at him as he hid behind his rifle, watching her.

Mason lowered the gun and lifted his finger to his lips in a silent plea that she not give him away. She nodded almost imperceptibly as the truck drove on, zigzagging around the stalled cars.

Poor girl. It wasn’t right—a woman like that carted off to a FEMA camp to be gang-raped in exchange for some federal rations. Just a couple months ago it would have been unthinkable.

The urge to rush forward and grab her, to protect her as his own, nearly overtook him.

But she belonged to the soldiers now—the moment to act gone forever. And he’d never see her again.

Emily’s purple sweatshirt
hung off her, loose and dirty.

A man walked toward their subway car and she closed her eyes, as if in sleep. Maybe he’d go by. But if he did, she’d go hungry. She gave up pretending to be passed out.

Jenna, her roommate—if roommate was the appropriate term for the other woman who shared the subway car with her—had taken to the idea of prostitution with remarkable ease. It didn’t seem to bother her that everyone had been reduced to only what they had to barter. Money was useless. Possessions were long gone. Now, many single women had only one thing left—their bodies.

Right now Jenna stood in the doorway of the car, her shirt pulled open to reveal the tops of her full breasts, smiling to the soldiers walking down the tracks.

A tall man with dark skin and a freshly shaved head grinned at Jenna and stepped into the car.

The man handed her a dirty Styrofoam cup filled with what smelled like stew. “Extra ration,” he said.

Jenna started to grab for it but the man stopped her.

The soldier apparently hadn’t noticed her until now.
Shit.
He walked over to her and lifted her up by her arm. “You got something to say?”

Emily shook her head, frightened. She really needed to learn to keep her mouth shut, especially if she was trying to be invisible.

But keeping her mouth shut wasn’t really her thing. Emily cursed under her breath and averted her eyes, but she could hear the sounds of the man unzipping his pants, and Jenna lying down on the old mattress box. It squeaked for a few minutes, Jenna’s moans indicating she was either getting off or pretending to.

When the soldier left, Jenna picked up the stew and drank most of it noisily. Emily could smell the food and she took a deep breath, wishing she could inhale calories.

“Here,” Jenna said, walking over to her with whatever was left in the Styrofoam cup. “You better eat this.”

“Are you sure?” Emily took the cup from the girl, who nodded. “Thank you.” She swallowed it quickly. It didn’t exactly taste good, but it was food. She couldn’t afford to be picky. No one could.

“Hon,” Jenna said. “You really can’t go around pissing off the soldiers, you know that.”

Rocky Mountain Sister by Wireman, Alena
Islands in the Fog by Jerry Autieri
The Dark Knight (Apocalypse Weird 2) by Nick Cole
A Hard Woman to Kill (The DCI Hanlon Series) by Alex Howard
Streets of Fire by Cook, Thomas H.
Lin Carter - Down to a Sunless Sea by Lin Carter, Ken W. Kelly - Cover
HOSTAGE (To Love A Killer) by Lexie Ray
Floyd & Mikki (Book 1): Zombie Hunters (Love Should Be Explosive!) by Tatner, Joseph
A Mutiny in Time by James Dashner
One Crazy Ride by Stone, Emily
Our partner