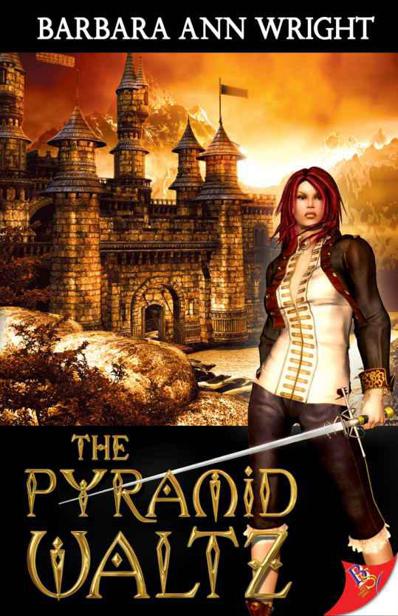 To most, Princess Katya Nar Umbriel is a rogue and a layabout; she parties, she hunts and she breaks women’s hearts. But when the festival lights go down and the palace slumbers, Katya chases traitors to the crown and protects the kingdom’s greatest secret: the royal Umbriels are part Fiend. When Katya thwarts an attempt to expose the king’s monstrous side, she uncovers a plot to let the Fiends out to play.

Starbride has no interest in being a courtier. Ignoring her mother’s order to snare an influential spouse, she comes to court only to study law. But a flirtatious rake of a princess proves hard to resist, and Starbride is pulled into a world of secrets that leaves little room for honesty or love, a world neither woman may survive. 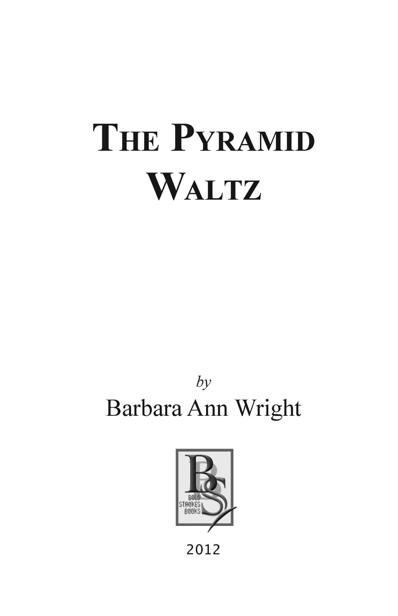 This is a work of fiction. Names, characters, places, and incidents are the product of the author's imagination or are used fictitiously. Any resemblance to actual persons, living or dead, business establishments, events, or locales is entirely coincidental.

I owe thanks to so many people, namely my husband Ross and my mom Linda Dunn. I never would have succeeded without your faith and support. To my intrepid writing group, Nia George, Erin Kennemer, Janet Mallard, Trakena Prevost, and Sarah Warburton: Without you, this book would be a shambles. Special thanks go to Pattie Lawler for being not only an outstanding reader but also a champ at talking me off the ledge. Thank you, Faye Hignight, for always checking up on me, and thank you, Kansas crew, for prodding me on Facebook.

Thanks to Radclyffe and Bold Strokes for taking a chance on me, and thanks to Cindy Cresap for her wonderful editing work. And thank you to every teacher and professor I’ve ever had. None of this would have been possible without you.

One last special thanks to my supportive pets. If I coated this book in peanut butter, you’d totally eat it.

To Mom and Ross, for always believing in me.

The afternoon air tasted of wood smoke, a sign of autumn Katya would have enjoyed if she hadn’t been hunting a traitor. She crouched among the ferns dotting the forest floor and took slow, deep breaths, the better to hear the slightest movement.

Birds chirped to her left, and she turned to the right where the sounds of the forest had gone quiet. She saw a flash of white, Pennynail’s Laughing Jack mask. Smeared as it was with dirt, a bit of brightness still shone through. The mask, with its ever-present grin, long nose, and rosy cheeks, seemed far too amused for the situation, as it did for every situation. He pointed to the eyeholes of his mask and shook his head. When Katya nodded, he moved back through the undergrowth as silently as any predator.

Katya took a slow step forward, her muscles threatening to cramp as she slinked. A twig snapped ahead of her, and she froze. Pennynail would never make such a noise, but it could be the other members of her team closing in. She tensed. Up ahead, a fern rustled, and she saw another flash of white, cloth this time. None of her team would be stupid enough to wear white clothing in the forest. Katya gripped her rapier. Soon, there’d be one less traitor to threaten her family.

The fern moved again, and Katya saw the traitor’s face. His eyes locked with hers, and then he was off. Katya sprang up and after him, drawing her rapier as she ran. She closed quickly, and the fleeing man spun and aimed his short sword at her ribs. Katya blocked. The traitor turned and fled, and it took Katya a moment to switch from dueling to running again.

An arrow whizzed past the fleeing man. It clipped his arm and drew a thin line of blood across his white sleeve. With a yelp, he veered to the side. Maia emerged from the bushes, her pale blond hair floating loose from its braid as she nocked another arrow. The traitor tried to turn a different direction, but a brown blur tackled him. The two forms wrestled, leaves and twigs flying from the forest floor, before they became the fleeing man face-down on the ground and Pennynail astride him. Pennynail held the traitor’s wrists together and put two gloved fingers to his forehead in salute.

Katya returned the gesture and took a few deep breaths. Now the hard work could begin. “I knew you’d be the one to nab him.”

Pennynail touched his heart and then his mask’s cheek as if he were blushing. The man beneath him squirmed.

“Bind him nice and tight,” Katya said. “Brutal and Crowe should catch up any moment.”

She kept her rapier at the traitor’s throat as Pennynail tied his wrists and ankles with a leather cord. Even bound and kneeling at her feet, the traitor snarled. “You can’t stop us.” His tongue darted out to lick a cut on his lip. “You have no idea how high up we go, how many of us there are.”

Katya slid her rapier home in its scabbard. “Educate me, Mr.…what was it you called yourself? The Shadow? That’s a fabulous name.”

He spat a wad of blood at her feet.

“Brother Brutal will be here soon. Would you rather talk to me or to a member of a strength chapterhouse?”

The Shadow swallowed and glared at her, hate burning in his eyes.

“They claim that they can read a man’s soul just by fighting him, that combat is the only path to enlightenment, that you can’t learn the universe without pain.” Katya leaned forward and fixed the man with her gaze. Weakness and fear shone in his shifting eyes and twitching muscles, but she didn’t pity him. Anyone who wanted to hurt her family didn’t deserve pity.

The sound of crunching leaves made the Shadow look to the side where red-robed Brother Brutal emerged from the trees like a bloody wall. “Ah, Brutal,” Katya said, “at last. Persuade our friend, if you please.”

The Shadow squirmed as Brutal put a hand the size of a dinner plate on top of his head. The huge monk’s fingers tightened, tilting the traitor’s head up. “If you wish a duel, I’ll give it, brother.” Brutal’s deep voice matched his massively muscled frame but contradicted the reddish cheeks of his baby face.

The Shadow’s neck muscles twitched as he tried to free himself. “Never…tell.”

Katya shrugged. “Well, it would be easier, but you don’t actually need to say a thing.”

Brutal moved to stand at his back. “Shame.”

“You’ll get the next one,” Katya said. “All we need now is Crowe.” She looked over her shoulder in time to see the Order of Vestra’s oldest member come huffing and puffing out of the trees to join them. “Are there any others? Or is our Shadow the last one?”

Crowe shook his head, leaned on his knees, and breathed hard. He straightened after a moment and ran a hand over his thinning white hair. “Give me a minute!” When his breathing slowed, he took a clear pyramid about the size of a child’s fist from the satchel at his side. “My sources indicated that this is the ringleader, and none of his toadies are about. We’d better hurry back to the city before we’re missed.”

“Hold him,” Crowe said. Brutal grasped the Shadow’s head again, and Crowe pressed the base of the pyramid to the Shadow’s forehead. The Shadow’s eyes rolled back and his mouth slackened at the touch of smooth crystal.

Katya couldn’t fight a grimace. He looked like a dead carp. “What do you see?”

“This cannot be rushed, no matter how many times you ask that it be.”

“You said it yourself; we’ve been gone too long. Hunting stags shouldn’t take all day.”

“Then you’ll have to make up an incredible story about the one that almost got away. This man’s mind is a jumble.”

“Not surprising,” Brutal said. “These people are smart. They’d teach their own how to resist a mind pyramid.”

Crowe moved his head back and forth as if searching for something. “Lucky for us, he’s not so good at it. I’m getting that one of his friends is influential, maybe nobility.”

Katya sucked in a breath. “I knew it, a traitor in the palace. That’s how his group has evaded us so long.”