The Queen Bee of Bridgeton 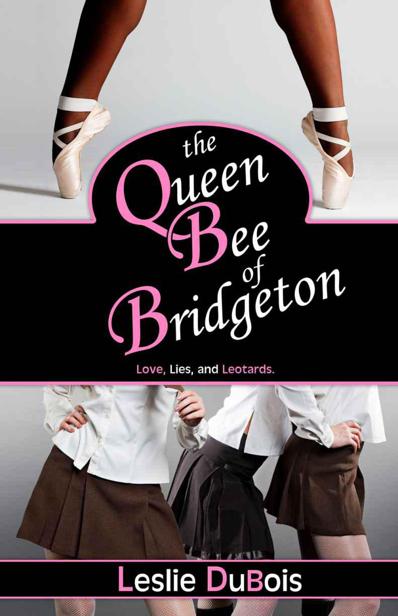 This eBook is licensed for your personal enjoyment only. This eBook may not be re-sold or given away to other people. If you would like to share this book with another person, please purchase an additional copy for each person you share it with. If you're reading this book and did not purchase it, or it was not purchased for your use only, then you should return to amazon.com and purchase your own copy. Thank you for respecting the author's work.

Dedicated to all my little Queen Bees

Chapter 1
Caught in the Noose

"Every student who has faced this honor council has been found guilty and expelled," Headmaster Collins said from behind the judge's bench of
Dardem
Hall. Though I knew the expulsion rate of Bridgeton Academy, I prayed the outcome of my own honor trial would be different. I mean, innocence had to account for something, right?

I felt like everyone in the world was staring at me.
Probably because they were.
The five members of the honor council, which included my sister Sasha, sat in the middle of the stage waiting for my explanation of events. She held her face in her hands shaking with tears as she, too, knew my fate. My accuser smiled smugly, crossed his arms, and winked at me. It was obvious he knew I was innocent. But did that matter?

I cast my eyes down to avoid their gaze, but the view wasn't much better. My pink ballet tights totally clashed with my green plaid school uniform skirt. What was I thinking? Lucky tights or not, this was a major fashion faux pas. I couldn't bear to look at myself anymore, but looking into the sea of Bridgeton uniforms in the audience was even worse. I caught a glimpse of Ashley's evil little face.  I wondered if she noticed the tights too or did her smirk just reveal the utter joy she found in my obvious suffering.

"Sixteen years ago, in my first year here at Bridgeton, I expelled half the senior class along with eleven juniors and three sophomores. I do not tolerate dishonorable actions on my campus." Headmaster Collins continued informing me and the audience of things we already knew. Things he reminded us of constantly every Monday morning in the weekly honor speech.

God, I wanted to be off that stage.  I wanted to be anywhere else in the world.  Why couldn't I be dancing with the Russian Ballet instead? Hell, I'd take dancing in my tiny bedroom in
Venton
Heights with gravel in my
pointe
shoes over this torture.  I mean, at Bridgeton, being called a cheater was worse than being called a bank robber or a murderer or a Democrat.

Ashley tapped Lauren on the shoulder, whispered something into her ear,
then
they giggled hysterically while staring at me. Even through her evilness, Ashley was still beautiful. With her flowing blonde hair and soft blue eyes she looked exactly like Alice from Alice in Wonderland, except with a hint of
skank
.

Like a queen on her throne, Lauren tossed her curly golden brown hair over her shoulder and shared the joke with Brittany who sat on her other side. Brittany's eyes expanded while she laughed, exaggerating her already horse-like features.

Headmaster Collins banged his gavel. "Is there something you would like to add to these proceedings, Ms.
DeHaven
?" he said to Lauren in the front row.

"Oh no, sir," she said with syrupy sweetness. "My classmates and I were just commenting on how wonderful it will be when our school is free of people who don't appreciate honesty and virtue." She smirked at me. I wanted to jump off the stage and slap the sneer off her face. But that wouldn't have helped the situation.

I had to admire their ingenuity, somewhat. I mean
,
to frame me for cheating and have video footage.
Pretty genius.
If I was more like them, this whole thing probably would never have happened. But I'm not. A poor, black girl from
Venton
Heights could never defeat the likes of Ashley, Brittany and Lauren. I shouldn't have even tried.

My father used to tell me being black was not a negative no matter how the media portrayed us. He told me I should "Say it loud, 'I'm black and I'm proud." I tried to feel that way, but sometimes I just didn't think it was true. I mean, if nothing is wrong with being black, then why did no one want to be 'blacklisted', 'blackballed', or blackmailed? Why is Angel food cake white and Devil's food cake black?

Of course, a black man
did
get elected president. That helped my self-image a little, but not much. I mean, it wasn't a fair comparison. I'm pretty sure Barack and Michelle didn't grow up in
Venton
Heights. When Homeless Murray from the alley behind my apartment becomes president, then maybe I'll feel comfortable celebrating my blackness.

I needed to concentrate and figure out how to make them believe me. But how could I explain away the video footage those bitches had concocted? Students had been convicted and expelled for much less. I was surprised Headmaster Collins went through this formality at all since he seemed so ready to expel students all the time.

Headmaster Collins, or Colonel Collins as he was sometimes called, scared the pee out of me figuratively and literally.

Once, during my first week at Bridgeton, I inadvertently stepped into a class already in progress just to avoid passing him in the hallway.

Everyone in the class stared at me like the complete moron I was.  Even the teacher, with chalk in mid air turned and gave me the classic 'what the hell are you doing?' teacher stare waiting for me to explain my presence. I tried to think quickly as, in my mind, the seconds ticked into minutes, but thinking quickly was not my strong suit.  Neither was public speaking. One of two things usually happened when I was caught in a situation like that; either I stood there with my mouth open and eyes bulging as if choking on a chicken bone, or, I started babbling incoherently.  That day, I wished for the choking.

"Bathroom…no, I know this is not the bathroom.  If it was, then all of you wouldn't be here.  Unless it was one of those bathrooms you see in other countries that are just big rooms with several holes and people just squat and go.  But all of you people have your clothes on so, I know you're not using the bathroom…um what I mean is that I'm
looking
for the bathroom.  Yeah, that's what I mean."  I glanced outside the door to see if it was safe to make my exit, but Headmaster Collins had stopped to talk with a faculty member.  I had to continue my embarrassing soliloquy long enough for him to pass.  "So, bathroom is what I'm looking for because I have to…you know…use it.  Not that I can't hold it because I can, I mean I haven't wet myself in like…" just then Headmaster Collins passed and without even finishing my thought, I darted out of the classroom and away from the scathing eyes of my schoolmates.  I tried to convince myself that what had just happened didn't happen, but the raucous laughter emanating from the classroom told me otherwise.

"Was that Sasha?" Someone in the classroom asked as they tried to control their giggles.

"Oh, God no!" someone else said. "Have you ever seen Sasha be that…that awkward?"

"I think that was her sister. What's her name again?"

With Archibald Collins as headmaster, Bridgeton was nicknamed the Ivy League High School of North America.  Last year 87% of the senior class went on to Ivy League universities.  Eighty seven percent!  That's like…
okay,
I don't know how many students that is.  Math is another one of my many weaknesses. But, in any case, 87% was a lot of
brainiacs
going off to brainy schools to do big brainy things.

Dardem
Hall was specially erected by Headmaster Collins to review honor violations.  This small scale replica of a court house was built on the east lawn and loomed like a noose above all of our heads just waiting for one of us to figuratively hang ourselves by flouting Headmaster Collins' rules.  This was only my second year at Bridgeton, but it seemed to me there were a particularly high number of noose victims.  I remembered attending trials for other students and feeling absolutely mortified on their behalf for the humiliation they were suffering.  The day of my trial, I felt the same mortification, as well as my own personal humiliation.

"In my opinion," the headmaster continued, "cheating is the worst possible offense. Not only does it bring shame upon this school, but it also degrades your personal character. There is no room in Bridgeton for cheaters." He looked at me and said, "Sonya Garrison, unless you can give us an adequate explanation, you will have to finish your junior year elsewhere."