Read The Queen of Sinister Online

The Queen of Sinister 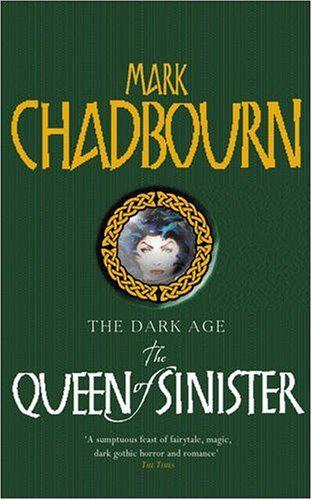 The right of Mark Chadbourn to be identified as the author of this work has been asserted by him in accordance with the Copyright, Designs and Patents Act 1988.

First published in Great Britain in 2004 by Gollancz

One night, the world we knew slipped quietly away. Humanity awoke to find itself in a place mysteriously changed. Fabulous Beasts soared over the cities, their fiery breath reddening the clouds. Supernatural creatures stalked the countryside - imps and shape-shifters, bloodsucking revenants, men who became wolves, or wolves who became men, sea serpents and strange beasts whose roars filled the night with ice; and more, too many to comprehend. Magic was alive and in everything.

No one had any idea why it happened - by order of some Higher Power, or a random, meaningless result of the shifting seasons of Existence - but the shock was too great for society. All faith was lost in the things people had counted on to keep them safe - the politicians, the law, the old religions. None of it mattered in a world where things beyond reason could sweep out of the night to destroy lives in the blink of an eye.

Above all were the gods - miraculous beings emerging from hazy race memories and the depths of ancient mythologies, so far beyond us we were reduced to the level of beasts, frightened and powerless. They had been here before, long, long ago, responsible for our wildest dreams and darkest nightmares, but now they were back they were determined to stay for ever. In the days after their arrival, as the world became a land of myth, these gods battled for supremacy in a terrible conflict that shattered civilisation. Death and destruction lay everywhere.

Blinking and cowed, the survivors emerged from the chaos of this Age of Misrule into a world substantially changed, the familiar patterns of life gone: communications devastated, anarchy raging across the land, society thrown into a new Dark Age where superstition held sway. Existence itself had been transformed: magic and technology now worked side by side. There were new rules to observe, new boundaries to obey, and mankind was no longer at the top of the evolutionary tree.

A time of wonder and terror, miracles and torment, in which man's survival was no longer guaranteed.

'Life is the saddest thing there is, next to death.'
Edith Wharton

Two storms. Without, the night torn asunder by the kind of jungle-beast weather that always marked the passing between winter and spring. Within, a storm of death and despair.

Bodies were heaped around the village hall with the sickening confusion of a medieval charnel house, on parquet flooring that had felt the celebratory tread of weddings and birthdays and anniversaries, and in the annexe, obscuring trestle tables that had served a thousand meals and more. Not even the kitchen's no longer sterile work surfaces were free of bodies.

At first, they had been placed in reverent rows, a futile attempt to impose order on an incomprehensible chaos. Eventually, when the full magnitude of what was happening became apparent, they were simply tossed in piles in one corner or another. Before the storm had started, the plan had been to dig individual graves, but those efforts had soon been outpaced. Now there was no hope of catching up. Occasionally their minds turned to the practical options - pit or fire, fire or pit - but the horror was too consuming for rational thought. A part of them knew the corpses would have to be disposed of quickly to prevent the spread of disease - the stench already left them breathless and reeling - but that would mean facing up to what lay around them, seeing and knowing and accepting.

It wasn't just the stink of decomposition that fouled the hall. The corpses leaked a yellowish greasy pus from the suppurating sores where the swellings had blackened and burst like alien fruit. It pooled on the floor, became sticky underfoot, smelling like rotten apples dusted with sulphur. They all had perfume-soaked handkerchiefs tied across their faces, but that did little to protect them. Worse, they felt as if they were becoming inured to it, the stench becoming, through repetition, as irritating and ignorable as exhaust fumes on a foggy morning.

The storm swirled about them, detaching them from their humanity. Only the moans of the nearly dead, lined up on camp-beds against one wall, reminded them that they were still on earth, not in hell.

There were five of them. Caitlin Shepherd was in charge. She was twenty-eight, but felt as if she'd lived for at least seventy years, her body fragile with weariness, her mind worn by too many nights without sleep, too many days of labour and struggle and heartache from dawn to dusk. The others - the former chairman of the parish council, a teenage boy with a bad case of acne and two elderly sisters who used to run the post office - were the only ones from the village who were prepared to help. Everyone else still standing had locked themselves in their homes with their families, threatening violence to those stupid enough to come calling.

Caitlin pulled the rubber band from her hair and refastened it. It had become a nervous act, subconsciously distracting her from the futility of what she was doing. The woman on the table in front of her had just expired with a phlegmy rattle. Caitlin had seen her every morning in summer tending her garden, but she couldn't remember her name.

'How many is that tonight?' she asked. It made it easier for her to think in terms of numbers rather than people.

Eileen, one of the sisters, placed a hand on Caitlin's forearm. 'Best not to think about it now, dear. You could do with a break.'

'How can I take a break?' Sparks flashed across Caitlin's vision and she had to steady herself on the edge of the table.

'You're not going to help anyone by running yourself into the ground,' Gideon noted. The council chairman, who no longer had any council members left, had a disgusting smear of dark bodily juices down the front of his shirt that made him look as if he'd been stabbed. 'And if we haven't got our doctor, we're nowhere.'

In the grim surroundings, Caitlin's laughter sounded even more damning than she had intended. 'A doctor's no good if she doesn't know what she's doing. I've never seen this before. It's not in any of the textbooks. As far as I can tell, it's something completely new. I have no idea how to begin treating it... antibiotics don't work. All I can do is make people comfortable before they die.' And they did die. Always. The initial appearance of the tiny black spots was a death sentence.

She glanced up at the few boxes of medicine left on the shelves. Soon it would all be gone, and with no one manufacturing new drugs in the crisis that had gripped the country since the Fall, they'd be down to bunches of herbs and wishing.

'It's not enough.' Caitlin tore the useless handkerchief from her mouth and rested her eyes behind her hand. 'We'd better get this ... this lady

The teenager stood shell-shocked, staring out into the rain-lashed night. 'There'll be floods along the river,' he said, as if it were important.

While Gideon and Timothy carried the blackened, seeping body to the latest pile in the main hall, Eileen gave

Caitlin a brief hug. Caitlin was surprised by how comforting it felt.

'You should take a break ... go back to your husband and son. Family's even more important at times like this,' Eileen said.

'Go on. You said yourself you're not doing anything we can't. Have a good rest, and when you come back we can arrange some kind of rota system.'

The Seed Collectors by Scarlett Thomas
Past Tense by William G. Tapply
Cold Iron by D. L. McDermott
Anticipation by Tanya Moir
The Charming Way by Grayson, Kristine
Forty Minutes of Hell by Rus Bradburd
Keepers by Gary A. Braunbeck
The Case of the Swirling Killer Tornado by John R. Erickson
Comfortable With Uncertainty by Pema Chodron
The Remake by Stephen Humphrey Bogart
Our partner