Read The Race for Paris Online

The Race for Paris 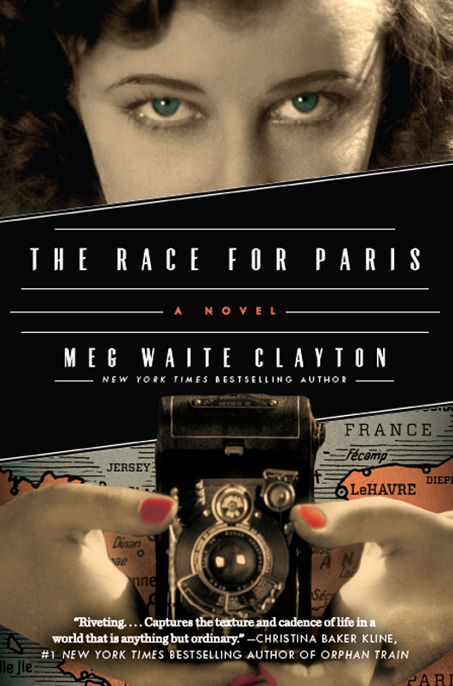 and for Marly and Claire

I would give anything to be part of the invasion and see Paris right at the beginning and watch the peace.

And yet love turns out to be the only part of us that is solid, as the world turns upside down and the screen goes black.

—Martin Amis, from The Second Plane

T
his
novel was inspired by the women who defied military regulations and gender barriers to cover World War II and the “race for Paris,” vying to be among the first to report from the liberated city in the summer of 1944. They did so by stowing away in bathrooms of Channel-crossing boats, going AWOL from support positions to get to the front lines, climbing fences meant to contain them, struggling to get their photographs and stories out, and risking their lives. Despite being confronted with red tape and derision, denied access to jeeps and to the information and accommodations provided to their male colleagues at press camps, pursued by military police, and even arrested and stripped of credentials, women like Lee Carson, Helen Kirkpatrick, Sigrid Schultz, Iris Carpenter, Ruth Cowan, Lee Miller, Sonia Tomara, Catherine Coyne, Dot Avery, Virginia Irwin, Judy Barden, Tania Long, Barbara Wace, Margaret Bourke-White, and Martha Gellhorn proved that they could report the war, and opened the way for generations of women. Although this is a work of fiction, I’ve striven to make it historically accurate, and to that end have borrowed heavily from the facts of the lives of soldiers, support troops, journalists, and civilians involved
in the war, and particularly from the experiences of these pioneering women.