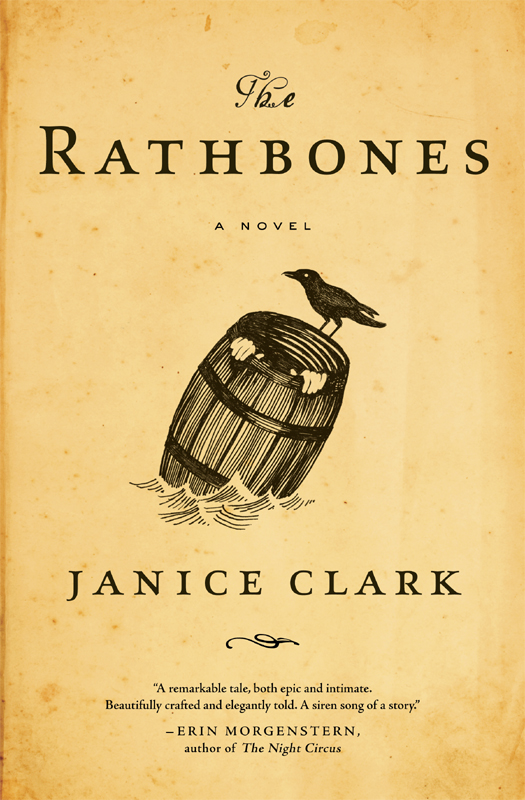 DOUBLEDAY
and the portrayal of an anchor with a dolphin are registered trademarks of Random House, Inc.

For my father, who sailed, and my mother, who waited
And for Eric LeMay

M
OSES KNOWS WHAT
will happen. Not just how the trials will go today, or what the fathers will do when their golden sons fail and how the boys’ mothers will bear it. The green of his eyes has long since been burned away by the sun on the sea, and there is no window in the little room. But he sees it all anyway, from his high blue bed. He sees the whole sweep of it.

The great herds of sperm whales that once streamed along the coast have already thinned and will soon disappear. Fleets of ships are being built with holds deep enough to provision the long voyages required to find fresh pods, to the Pacific, to the Azores and the Indian Ocean. Boys no longer climb the watchtowers that line the shore to look for whales; instead they climb to crow’s nests at the tops of masts. The towers on shore will soon be torn down, their timbers used to frame the houses of captains and merchants, which will rise in the hills above the harbors as the whale gold continues to flow. Captains’ wives will conduct their own searches of the sea from the widow’s walks at the tops of the houses. Other towers will rise. Moses closes his eyes and sees them, the derricks, first of wood, then of steel, sprouting up across the sea of prairie. He feels the rumble as dark fountains surge up and spray across the sky; he sees black oil replace the white spermaceti. In a few years the captains will stop sailing. Some will move away and take up other occupations; some will linger, taking their wives’ places on the widow’s walks, staring out to sea. The houses will fall into disrepair. They will pass to city people who will use the walks for sun parlors or to store old clothes.

Moses does not choose to see such things. He longs to look back instead, to the first morning that the
Misistuck
sailed. He wishes it were that day. He strains to lift his silver head and there it all is again: the watchtower at the end of the point that curls into the sea; his son high on the tower, pointing, crying out, his voice carrying clear and strong across the bay to his brothers, already swarming up the masts and over the rigging. Moses sees the white sails billow as the ship moves toward the bright water where the whales are sounding.

{in which we meet the last of the Rathbones}

I
F
I
HAD
not heard the singing voice that night, none of the rest might have happened.

Mama might yet be carving her bones; Mordecai lingering in his attic, leading me through the same old lessons on the sperm; both of my crows would still accompany me everywhere. I could have drifted through my life, forgetful of the time passing, and stayed always undersized. Maybe Papa would have finally come home.

But it’s not for me to say. Though I have the keen eyes that were once the gift of all the Rathbones—standing now on shore, looking out to the horizon, I see what I know you would not if you were standing beside me: a flock of terns, a league away, diving as one upon a school of bream that darkens the clear blue sea to cobalt—I cannot see into the future, as my forebears sometimes could.

I do know that if we hadn’t fled the house that night I would never have met the worn wives, or visited my grim in-laws on the Stark Archipelago, or seen the sinking island where Papa was born. The fate of my lost brother would have remained a mystery, as would what truly happened between Mama and Papa.