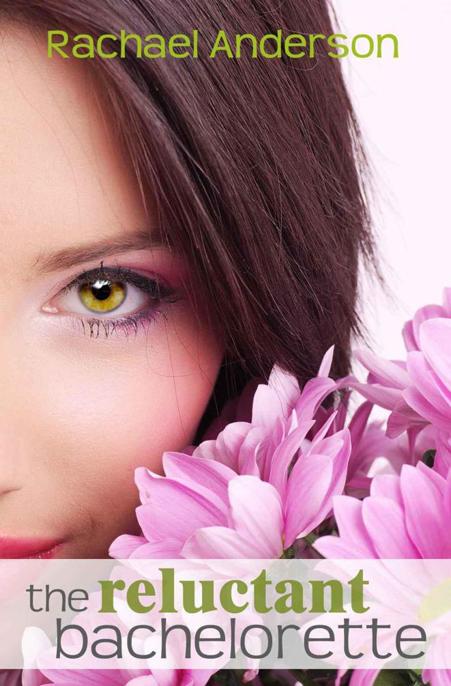 No part of this book may be reproduced in any form
whatsoever, whether by graphic, visual, electronic, film, microfilm, tape
recording, or any other means, without prior written permission of the
publisher, except in the case of brief passages embodied in critical reviews
and articles.

This is a work of fiction. The characters, names,
incidents, places, and dialogue are products of the author’s imagination, and
are not to be construed as real. The opinions and views expressed herein belong
solely to the author and do not necessarily represent the opinions or views of
HEA Publishing, LLC. Permission for the use of sources, graphics, and photos is
also solely the responsibility of the author.

F
or my Taycee Lynne.

Your smile makes me happy.

“Wow.” What else could Taycee say? As a florist, she loved
flowers—breathed them in and used them in creations every day. But this display
was something else. Something else entirely.

“Do you like it?” There was apprehension in Pat’s voice, the
desire to please. “I know you love flowers, so I thought I’d get you some of
everything.”

And he had. Even sunflowers. Yikes.

Pat grinned, showing his two dimples. “Exactly what I was
going for. I’m glad you noticed. I wanted it to feel like home.”

But she didn’t live at her shop. She worked there. And at the
end of the day, Taycee only brought home a small bouquet, and for good reason.
There can be too much of a good thing. Way too much. The proof surrounded her.

Although it was sweet of Pat to go to all of this trouble,
dates with him were becoming increasingly romantic and extravagant, which
wasn’t okay. Taycee didn’t want him thinking they were serious or spending this
kind of money on her. “Pat, I, uh . . . don’t know what to say.”

“Say you’ll marry me.” Pat knelt in front of her, mashing a
few red rose petals under his knee.

Taycee froze. Oh no. Not this. Not now. How did she not see
this coming? If she had, she’d have ended the relationship weeks ago—before Pat
had gone to all this effort. Before she’d have to tell him no.

Taycee shook her head back and forth in slow motion. How could
she tell such a nice guy that she didn’t feel the same way? That she never
would. This was exactly why Taycee had always ended relationships before they
reached this point. To avoid moments like this.

“Taycee, I love everything about you—from your love of flowers
and the outdoors, to your kindness, your beauty, and your smile. You are
everything I’ve wanted to find in a wife. Please say yes.”

Taycee bit her lip. She should have said something before he
launched into the obviously prepared speech. Now it would be even worse.

“Pat.” Taycee pulled him to his feet. His hands tried to
circle her waist, but she held on to them, keeping space between them. “Listen.
I think you’re a great guy. One of the best, actually. But—“

“Don’t say but,” Pat said, freeing his hands so they could frame
her face, with his thumb resting against her lips, shushing her. “
Please
don’t say but.”

“I’m sorry,” she whispered against his thumb.

The light faded from blue eyes that always glowed with
happiness. Because that’s who Pat was. Ever and always happy, with a ready
smile and dimples that appeared often. But now only sorrow remained—a sorrow
that bored a hole into Taycee’s heart and made her want to run away. “I’m so,
so sorry.”

A slight nod and he took a step back, his eyes pleading with
her to stop him. Another step and he was gone, leaving Taycee alone on his back
patio. The front screen door slammed shut, and a car engine rumbled in his
driveway. As the sound faded off down the street, Taycee sighed and located a
pad and pen on his kitchen counter.

Pat, I hope you’ll find a girl sometime soon who’s worthy of
you and these beautiful flowers. I’m so flattered that you thought that person
was me, but it’s not. Trust me, there’s someone better for you out there. I
will always think the world of you.

Leaving the note on the patio, Taycee walked through the empty
apartment and out the front door to her white Toyota Camry. She would miss Pat
and his quick, boyish smile—but not enough. It was never enough. Not when a
vivid image of dark brown eyes still frequented her dreams.

For crying out loud, it’s been ten years! Forget him
already! He’s gone and won’t be coming back. He lied to you. Broke his promise.
Deal with it and move on.

But at the back of her mind, Taycee worried that he’d ruined
her. That no matter how nice, how smart, or how handsome a guy was, he wouldn’t
be able to erase the memory of Luke Carney—someone who’d left their small
Colorado town nearly a decade ago, took her heart with him, and had never come
back. Sometimes Taycee felt like hunting him down just so she could punch him
hard in the face. More than once, like one of those scenes in a movie.
That’s
for leaving and never coming back. That’s for breaking your promise. And that’s
for breaking my heart!

Lately, dating had become an almost frenzied quest to find a
guy who could free her from the shackles of Luke’s memory—someone who could
make her feel something stronger than respect and like. Someone who could make
her
want
to say “yes.”

But it was no use. Taycee only ended up hurting unsuspecting guys.
Guys who didn’t deserve to be hurt. Like Pat.

T
he Bloom Boutique
, a
refurbished cottage on Main Street, charmed Shelter Springs with its flower
lined walkway and yellow siding with white trim. It exuded cozy, and the moment
it hit the market three years earlier, Taycee had been first in line to make an
offer. Now, it was hers.

The bells on the front door jingled.

“Be right there!” Taycee called from the back of her shop.

“No need,” a light, breezy voice announced. Jessa waltzed
through to the back room and hopped up on the counter next to Taycee, swinging
her strappy sandaled feet and showing off her immaculate pedicure. Always
dressed to impress, with her short, highlighted blond hair, Jessa McCray never
looked anything less than stunning.

Taycee pushed one last sunflower into the green foam and
stepped back to study the arrangement. Perfect.

Apache Dawn: Book I of the Wildfire Saga by Marcus Richardson
Control You by Snyder, Jennifer
Dead Hot Mama by Victoria Houston
Harriet Bright in a Pickle by Claire Craig
Dead Old by Maureen Carter
Microsoft Word - 1606017438-Of-Night-and-Desire-Bailey.doc by Owner
The Essence of the Thing by Madeleine St John
The Clouds Beneath the Sun by Mackenzie Ford
Preservation by Phillip Tomasso
Rapunzel Untangled by Cindy C. Bennett
Our partner