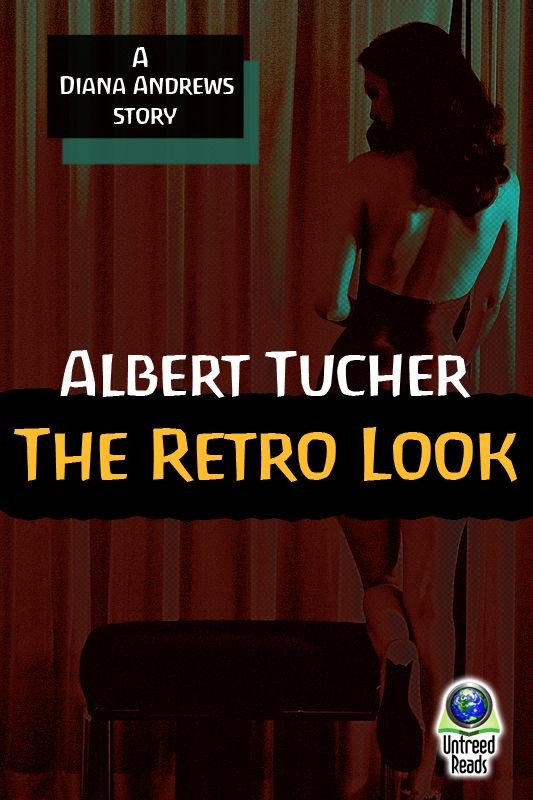 Value for the Money

“Jeffrey, remember what we said?”

The parking valet and the bellhop made a point of looking busy.

Oh, relax
, Diana thought.
It’s not a fight. It’s to prevent a fight.

But she took Jeffrey Pope by the elbow and led him out of the path of the other hotel guests coming and going through the sliding glass doors. He deserved privacy for this conversation.

“We’re here to have fun,” said Jeffrey. “You’ll be available when I want you, but when I’m at the tables, you don’t have to stay and watch.”

Even with his mustache and receding hairline, he looked like a second grader reciting in front of the class. Diana thought it was kind of cute.

“No matter how much I want to.”

Diana warned him with a look, but she said nothing. She had never liked Atlantic City, but Jeffrey’s big payday had lured her here. Getting herself home would be unpleasant and expensive, and it would take more than a little of Jeffrey’s childishness to make her try.

He behaved himself through an early dinner, and when he wanted a quickie before hitting the blackjack table, he asked as if she might even say no. Right then she liked him enough to watch him play for a whole hour.

Jeffrey sat at the first base line of the twenty-five dollar table. At the third base position was a man who should have been paying more attention to his game and less to Diana. He looked forty or a little less, dark-haired and fit. Playing against him for the house was a blond man about his age but not as well preserved. The dark-haired man tapped the table or showed his palms as necessary, but he kept looking sideways at Diana. That didn’t mean he would recognize her across a breakfast table. His interest covered her only from the waist down.

Crossing and uncrossing her legs entertained her for a few minutes. When that lost its appeal, she started to look around the casino. One of the cocktail waitresses in particular caught her attention. The woman was about thirty, Diana’s age, but paler and with lighter blonde hair. She walked more easily in three-inch heels than most women do in sneakers. Right now she looked as glamorous as a model, but she probably knew what to do with a soccer ball.

The dark-haired man looked at Diana, who watched the waitress, who peeked at the dealer as if she didn’t want to get caught at it. Jeffrey studied his cards.

Diana laughed to herself. It always amazed her that any two people ever got together, at least without one of them getting paid.

At that moment the blonde woman’s heel snagged on the carpet, and her ankle bent sideways. The drink Jeffrey had ordered spilled on the floor. Most of it did, anyway. A splash landed on Diana’s left thigh.

“I’m so sorry,” said the waitress.

She kept her poise. Diana had to admire her. The management probably frowned on dowsing the high-rollers or their guests.

She smiled. She kept it cool, but it was a smile. This woman was the help, and Diana knew how that story went.

As the woman fussed with a napkin, her “Tina” nametag hovered inches from Diana’s face. Finally, Diana stopped Tina with a gesture.

She turned to Jeffrey.

“I’ll catch a show and check back around midnight. How’s that sound?”

It was the kind of tiny lie that Diana had learned to tell her clients. She wasn’t interested in lounge singers or magicians. What she really planned to do was turn on the television and feed her true crime habit. She hadn’t seen a
Cold Case Files
in several days.

Clients preferred to believe that she lived for glamour and excitement. Even Jeffrey, who wanted to marry her, bought into the illusion.

She started toward the elevator. It didn’t surprise her when the dark-haired man followed her with his eyes all the way out of the casino. Her little black dress had come off the rack, but the fit was perfect.

She liked it less when he turned up behind her at the elevator.

She tried to warn him with her best flat-eyed stare, but he joined her in the elevator anyway. The three people already on board stopped her from making an issue.

But when he got off with her, and she decided to end it there.

“Stop following me,” she said. “Disappear right now, or I’ll have security put you out.”

“As soon as I saw you walking in that dress, I knew you were the one.”

She turned and walked briskly toward the fire alarm on the wall. She always made a mental note of where the alarms were. Situations like this one could come up.

“You can do that,” said the man, “or you can make five hundred for an hour.”

That stopped her. Stalkers didn’t pay for their pleasures.

“Five hundred for what?”

“You remind me of someone.”

“I was hoping for sort of a European look.”

“These days they shave over there, I’m told.”

“Did I mention that the bikini is really tiny?”

“Go change into it. Then come to Five-Seventeen.”

One floor above her. That should work. If he had been staying on the same floor, she wouldn’t have risked encountering Jeffrey.

She waited. When he got the message and disappeared into the stairwell, she went down the hall and used her key card. She needed to trade her small handbag for her work bag, which was big enough to hold lube, wipes, condoms and a change of underwear. She closed the door behind her and walked to the elevator.

She pressed the button for the lobby. If the gift shop was dark, she might be out five hundred dollars.

But the shop was too much of a profit center to close when the high-rollers were out and about. The selection of swimwear was another matter. No one came to Atlantic City for the beach, and the hotel pool was an afterthought. Only one yellow bikini looked revealing enough. She would have preferred a size larger, but the client wanted skimpy. After a moment’s thought she bought a cover-up.

“Want to try them on?” said the clerk.

She could put up with anything for the few minutes she would be wearing the outfit.

Diana went back to her room and changed. She picked up her bag and headed out to the elevator.

One flight up she knocked on the door, and the new man opened immediately. As she stepped into the room, he reached down and tucked an envelope into her bag.

He motioned to her impatiently, and she parted the cover-up and let it fall.

“And your body looks so much like hers. I knew it would. Just watching you walk.”

She didn’t plan to ask for details.

“I have some poses for you to run through.”

Was he going to wear a bikini? It wouldn’t be the weirdest thing ever, but it would be weird enough.

As she stretched out on top of the bedspread, he opened the drawer of the night table and took out a spiral-bound notebook. Diana had carried similar items in school, but this one had seen harder use than any of hers. He opened it to the page he wanted her to see.

“Start with this one. Do them in order. It’s important.”

“The bed isn’t right. You really should be on a beach lounger, but we’ll just have to make do.”

Diana looked at the page. Someone had drawn a woman in a bikini. The lines suggested that the artist was young but capable for his age. The woman lay on her back with her knees bent and her legs suggestively parted. Diana assumed the pose.

The client disappeared into the bathroom for a moment and returned with a large bath towel, which he dropped on the bed. He undressed quickly, and she saw that he was painfully aroused. He sat in the padded chair from the desk and covered himself with the towel. With only his head showing, he looked like a young boy making his own privacy.

Diana turned the page. The next pose called for rolling over on her abdomen and unfastening the bikini top, as if she wanted an unbroken suntan.

In the third drawing the woman had turned on her back again. She had pulled the bikini bottom down to reveal a line of pubic hair. The natural hairline created the retro look that he had mentioned.

Under the towel the client’s furtive movements quickened.

“Go to the last one,” he said in a thick voice.

She turned several pages. In this drawing the woman was naked. She was also dead. The artist had captured the utter surrender to gravity that no living body can imitate. The twisted pose looked agonizing, but the dead never complain.

In this drawing the artist had sketched in a different setting. The woman rested at the base of a building, which was fringed by a flower bed and manicured shrubbery.

Diana did the best she could with the pose and knew that her lower back would remind her about this job for days to come. She hoped he wouldn’t last much longer.

He didn’t. Under the towel he thrashed himself brutally. A moan started deep in his bowels and forced its way up. His clenched teeth, parted, and his mouth made a perfect O.

As the noise tore out of him, Diana watched, fascinated. She would have thought she knew an orgasm when she saw it, but this went beyond anything in her experience. She had never given birth or witnessed another woman’s labor, but it must look and sound something like this. And it had taken a man to show her.

He collapsed and breathed through his mouth. His eyes were open, but he saw nothing. Her experience with hundreds of men told her that he wanted solitude for his recovery. She picked up her bikini and cover-up and dressed quickly.

She craved the shower in her own room. Usually it didn’t bother her to wear the sweat of a stranger, or even a man she knew well enough to despise. This time was different, and he hadn’t even touched her. She wasn’t sure what the problem was, but it might have to do with death.

As she opened the door and left the room, she nearly collided with another woman. The brunette was more than ten years older than Diana and conservatively turned out in a trim black skirt, white blouse and heels.

Takes one to know one
, Diana thought.

She assumed that the other woman was thinking the same thing.