Read The Road to Round Mountain: The Betrayal by Online

The Road to Round Mountain: The Betrayal by 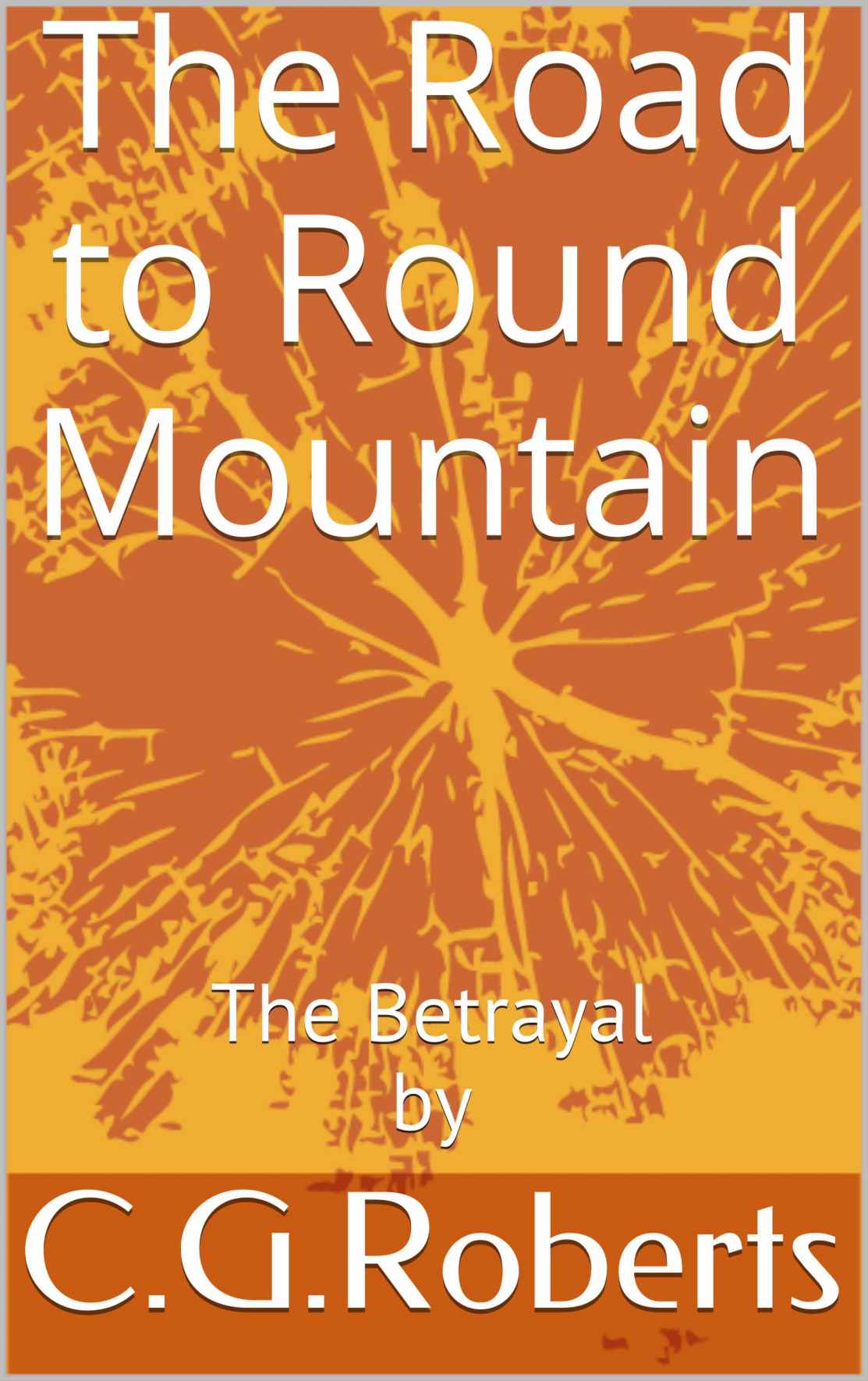 Thank you for evaluating PDF to ePub Converter.

To get full version, you need to purchase the software from:
http://www.pdf-epub-converter.com/convert-to-epub-purchase.html

This is a work of fiction. The events and characters described herein are imaginary and are not intended to refer to specific places or living persons.  The opinions expressed in this manuscript are solely the opinions of the author and do not represent the opinions or thoughts of the publisher.  The author has represented and warranted full ownership and/or legal right to publish all the materials in this book.

The Road to Round Mountain

For my Wife Cheryl, who always believed that I could

The trust of the innocent,

is the liar’s most useful tool.

that the other side of every fear is freedom.

I walk a lot these days, not for the exercise, or that I really enjoy it. My reasoning is out of necessity. You see I have no car and more important, a driver’s license. I currently walk  Highway 101 in Oregon, to hopefully find a town that I am welcome in. The Catsop County Sheriff in Astoria, Oregon, had suggested that I leave and not come back. That request came from the business end of his 12 gauge. It was hard to ignore a friendly request like that.

My name is William S. Speer, I have a gift, a power, a curse, and I’m not quite sure what it is. I was hit by light-ning, unlocking an untapped potential. Now I can disrupt or even destroy any electrical device that I come in contact with, among other things. And because of this I can see through things, you know like x-ray vision of some sort. For the bo-nus round I can move most anything with my mind, with the help of a little concentration, not just little parlor tricks either, I’m talking major league sized items.

My Parents were killed by the same lightning that changed my life forever. A lot of innocent people have died because of what I have become; some not so innocent. I will be 18 in about a month, was asked to leave my hometown, unsure what the future will bring. So while I am walking, I’ll bring you up to date. This is my story………

earlier, my name is William S. Speer, and before we go any further, my middle name is Shake. My mother was a big fan of his work, my dad was not. My dad was more of a Justice league of America type of guy, noth-ing to be ashamed of there. I suppose I was lucky in a way,  I could of ended up Aqua man Flash Speer, either name is worthy of ridicule, as I did get my share.

My Mothers aspirations of my producing some liter-ary masterpiece ended, when she got a phone call from the  Manager at Dairy Queen on Marine Dr., concerning my graffiti in the restroom. Who knew there were so many com-binations that rhyme with Nantucket?

I guess I was a Typical 17 year old, I could go for hours playing Call of Duty, or Grand theft auto. That being said,  I don’t own a cell phone, so I don’t tweet, twitter, or twerk (I don’t have the butt for it). My social life existed only at school,  I was painfully shy around girls. I had one close friend, Danny  Pinkens. We shared the same obsession for gaming, and fear of the opposite sex. If I was to ask a girl out on a date, I would literally die, which is no way to make a good first impression on your first date by showing up as a corpse.

My Dad was a Fisherman, his favorite spot was roaming  Young’s Bay, off the coast of Astoria. I hated seafood, we had issues on that one. He was Tall, about 6’2”, thin but freaky strong, dark hair, and brown eyes with the weathered features

of one who spends most of his time outdoors. My mother  was a literary junkie, read all of the time. She was the school  librarian at Astoria High School, like I needed another reason for my peers to mock me. Me and my Mother at the  same High school, shades of Back to the Future. She wasn’t  short, but a good head shorter than my dad. She had long  blonde hair that was forever hidden in a ponytail, I don’t ever  recall her hair not being in ponytail. She possessed the fair  skin of one that should remain indoors. Her dark brown eyes  had a piercing quality to them as if she gave you a stare down,  you pretty much knew you had done something wrong and  she would stare until you got up and corrected the manner.

Our house was on Glasgow Ave. just a few blocks from  the high school. Nothing fancy, just your basic single level 3  bedroom bungalow, consisting of lap siding, in a faded green  color, lots of moss on the roof. As weather worn the house  was on the outside, the inside was immaculate, not that I  helped much with that. My Mother made sure that Dad and  I picked up after ourselves. Depending on whose pile of junk  was, that needed to be moved or cleaned, she simply made a  reference to, Slob, and Slob Jr. so we knew which of us made  the mess. I didn’t play sports, not that I didn’t like sports, I  was just no good at them, a bitter disappointment to my dad,  who was an all-star in every sport he played.

I wasn’t quite 6ft tall, almost, and I got my Mothers  blonde hair, and brown eyes, and my Dads obsession with  comic books, for which I am truly grateful. I’m not thin like  my Dad, but by no means chunky. I’ll never be able to do the  truffle shuffle. I like to use that reference since Goonies was

On July 23
rd
. my life changed forever. The weather fore-cast called for strong wind and rain, nothing unusual about that in the Pacific Northwest. My Parents went to sleep around 10pm, and I stayed up to hone my skills for car-jacking on Grand theft auto. It was a Friday, so no school to worry about. My friends wanted me to come with them to Dairy Queen, but since my graffiti incident, I thought I should decline.

It was a warm and muggy evening, and the wind suddenly picked up to where it was blowing the curtains so hard they draped over the TV, thus making my carjacking a tad more difficult. I don’t mind an occasional dancing curtain, but this was a full blown jig of glee. Rumbles of thunder rattled the windows and lightning crackled off temporary bits of light.  Rainy weather is no stranger to the Pacific Northwest but thunder and lightning of this intensity is. I could hear the rain pelting the windows so I ran over to close them before it got our living room drenched. That’s when I heard a crash-ing sound outside. It sounded like someone had thrown all  3 of our trash cans up against the side of the house. “Shit, always in the middle of a carjacking”. With these recent dis-tractions, it seemed like a good time for a break and check for damage outside. The only sound inside of the house was the harmony of snoring coming from my parent’s room.

I made my way out the front door, turned left to go passed the garage, where the trash cans should be. The wind was picking up again, and a few cracks of lightning gave me clear passage to locate the cans. You would think heavy metal trash cans could stand up to a bit of wind without being re-located. That thinking turned out to be wrong. All three cans

were tossed from up against the garage, to half way down  the yard up against our neighbor’s almost ancient pine tree.  By ancient I mean old and huge, at least 150 feet tall, and  the base was as wide as our Buick. The intensity of the rain  increased to where now it was coming down sideways peppering my face, making navigation outside nearly impossible.  The relentless wind continued, and caught my untucked tee  shirt, nearly covering my face as I leaned over to pick up one  of the trash cans. “Oh come on, get off me”, as I wrestled my  shirt back down to ground zero.

I was setting one of the cans back up, when the lightning  hit. The only thing I remember is the crackle sound, a flash  of blue light, and for some odd reason the smell of burnt  hair. The next thing I remember is waking up 2 days later in  Columbia Memorial Hospital, Not feeling so hot.

waking up as much as I remem-ber being confused as to where I was, and why everyone was wearing rubber gloves.

An Older man walked cautiously towards the bed  I was in and spoke softly, “Are you feeling alright Mr.  Speer”? “I’m Dr. Matthews, chief of staff at Columbia  Memorial, you’ve been through a rather, let’s say, horrific ordeal. Hmmm! A doctor, Columbia Memorial, Lying in bed, Okay, I’m in a Hospital.

“I’m feeling okay I guess, what exactly happened to me, and where are my Parents?” The Doctor looked down at his feet for a moment, I’m guessing, not to make sure he had his shoes on. “Young man, you are one of the few to survive a lightning strike, you’re basically fine, from what we were able to tell, but complications kept us from a thorough examina-tion”. “I’m not sure what you mean”. “Well, for whatever rea-son, the electrical strike that your body endured, has seemed to retain a vast amount of electricity, and we all had to wear rubber gloves, to be able to get close enough to you to check you vitals, which are astonishingly enough,---Normal”.

That makes sense, I remember the crackle of lightning, but nothing else. Dr. Matthews, started walking towards the door, turned his head back in my direction. “Dr. Bangor will be in shortly, don’t mind his bedside manner, or lack thereof, he’ll go over your condition more in detail”. Before, he had