Read The Road to Winter Online

The Road to Winter 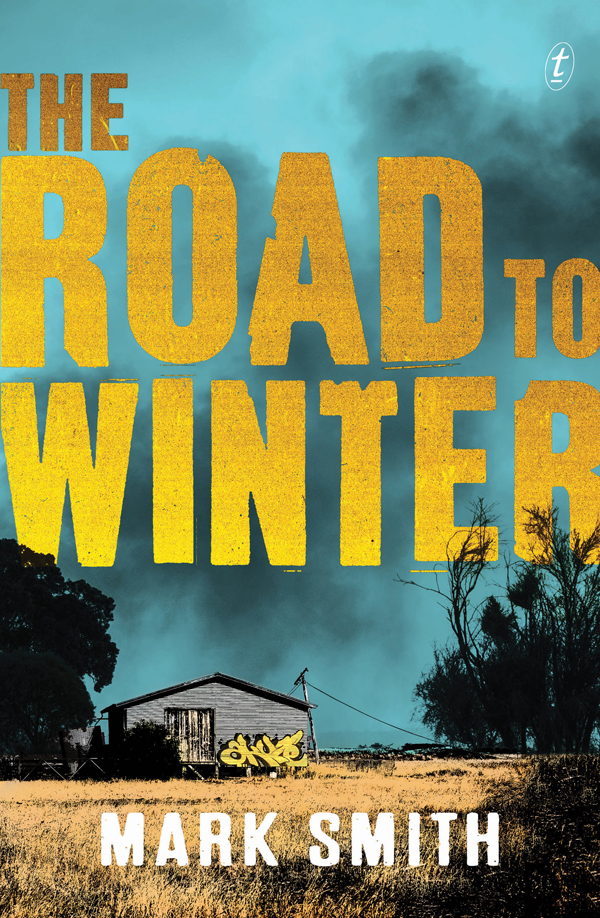 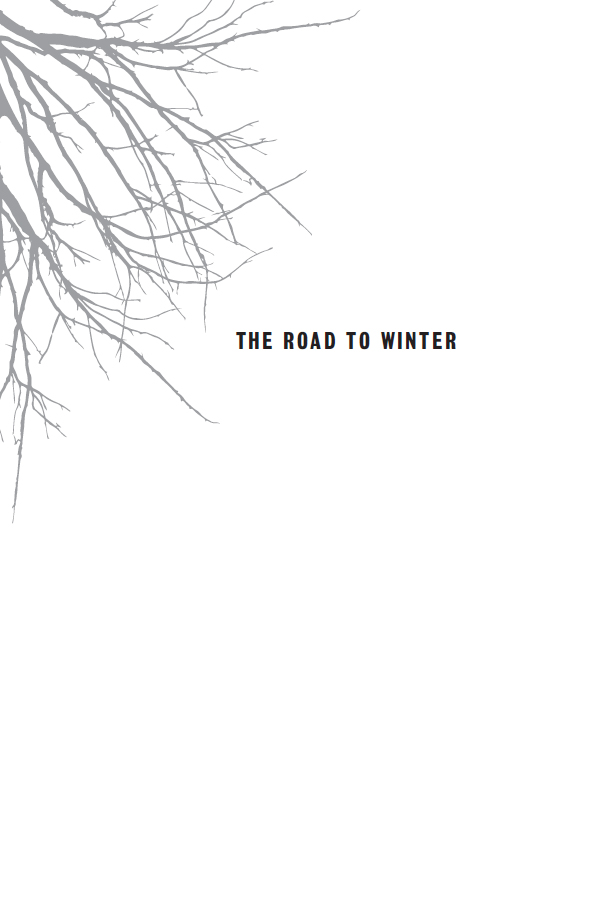 Mark Smith lives on Victoria's Surf Coast with his family.
The Road to Winter
is his first book. 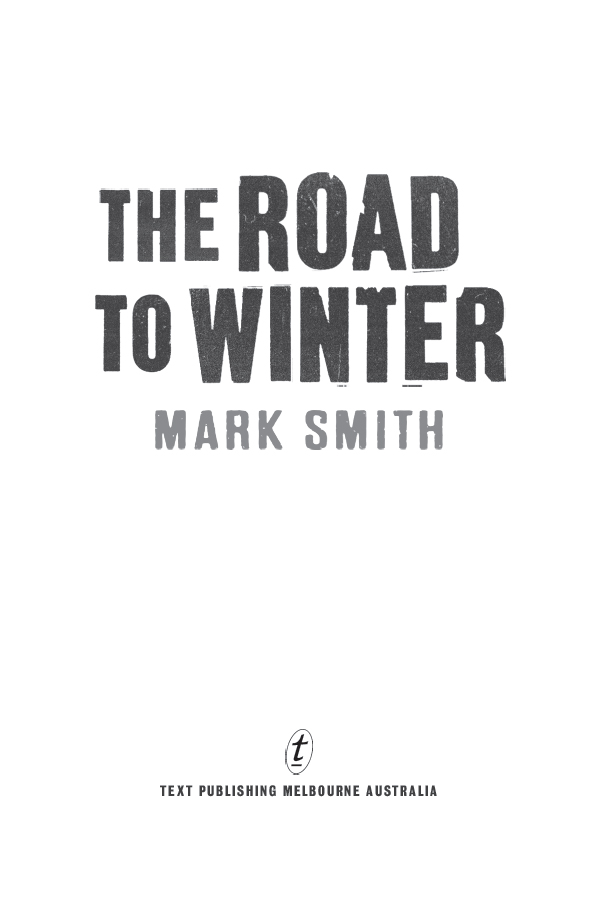 The moral right of Mark Smith to be identified as the author of this work has been asserted.

First published in Australia by The Text Publishing Company, 2016.

Title: The road to winter / by Mark Smith.

For all those who have sought refuge, only to be met by closed hearts. 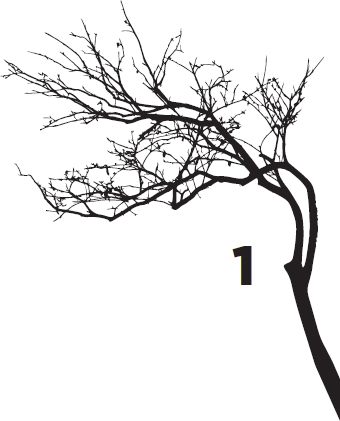 The wind's picked up off the strait again, whistling hard and sharp through the coastal wattles. The bay has turned to white caps all the way out to the open ocean. The weather will force me and Rowdy indoors, laying low and huddling together for warmth. We can't risk a fire for fear of the smoke being seen.

But at least now I've got time to take stock after the last few days of hunting and fishing.

I get the rabbit traps out of the shed and oil the springs and plates, then run the chains through a greasy rag to keep them from rusting up. My hands are soon black with grime. There are big calluses on the palms and half-circles of dirt under my nails.

After two winters on my own I've almost given up trying to stay clean. Sometimes when I walk past the mirror in the bathroom I hardly recognise myself. My hair's long and matted, bleached by the sun, and my face is usually peelingâeither from the wind or sunburn. I've tried hacking at my hair with scissors, but I think it made it worse. Once a month or so I heat water for a proper wash, but mostly I just rinse off in the ocean.

Angowrie is deserted now, all the shops cleaned out and most of the houses stripped of anything useful. Before the virus, when the town was still a town, we thought our isolation would save us. We were two hours drive from the city, a little town with a pub, a couple of churches and shops all lined up and looking out to sea. Early on, when we still believed it would all blow over, we followed the news reports and daily updates about quarantined areas. The health authorities tried to reassure everyone they had it under control, but when the hospitals were locked down and law and order fell away, people started panic-buying.

And there was the weather. I was only thirteen then, but even I could see it changing: the summers longer, the winters shorter, the ocean staying warmer right through the autumn. The storms came more regularly, the king tides pushing right up the river valley and flooding the houses that used to sit well clear of the water. Up until the internet went down for good and all the communications fell awayâphones, radio, everythingâthere were theories flying around about how the warmer climate was making everyone sick.

The main road into town was barricaded and patrols were set up to stop people coming from the north. But they came anyway, finding their way down through the bush tracks to somewhere they thought would be safer.

That's probably how the virus reached us.

At first, I didn't really understand the seriousness of it. I was happy we didn't have to go to school. All summer I'd been dreading moving to Wentworth High, not because I didn't like school, but because it was so big and different and new.

And, of course, I'd always copped shit for my voice.

For years I had problems talking; I couldn't seem to form the words properly. It was like trying to talk with a mouth full of sand, so mostly I just stayed quiet. Mum and Dad could understand me well enough, and Rowdy too.

I didn't know it at the time, but everything I learned back then would help me survive. For as long as I could remember I'd hunted rabbits up on the edge of the farmland, dived off the point for abalone and caught crays in season. I knew every nook and cranny of the tea trees along the dunes and every trail and bike track through the bush. I understood the weather patterns like they were part of me. The big westerlies that pushed up the swell, the southerlies that brought the chill up from Antarctica and, in summer, the northerlies that blew heat down off the inland.

Outside, the wind has turned to rain, beating on the iron roof. Rowdy sits at my feet and rests his face on his paws.

He likes it when I lift my foot and scratch him on his belly. I
got Rowdy as pup when I was ten. He's a bitser, but somewhere back in his line Dad reckoned there must have been some dingo. He's lean and strong and always on the lookout for a rabbit to chase down. We're a team, the two of us. Before the virus we did things together just for funânow we do them to stay alive.

Later in the afternoon the rain eases and I decide to check out the beach. The wind's backed off and the river mouth will be getting some protection. It sounds pretty stupid to say that I still surf whenever I can, but once I'd worked out how to survive, how to hunt, grow some veggies and forage in the forest, I knew I needed something more. Something that kept me in touch with my old life. It's dangerous, not because of anything in the water but because of what's on the landâwho might arrive in town while I'm caught up enjoying myself. But it's a risk that's worth taking to stay sane.

Rowdy watches me put on my old raincoat, and straightaway he knows what's up. He jumps to his feet and waits by the back door until I've pulled on my boots.

From the top I can see all the way back up to the bridge. I check for movement. For two winters there's been nothing, but I know, one day, the Wilders will come looking for food or fuel or people.

I keep my board and wetsuit hidden up here under the
platform. The sets are lining up and peeling off into the river mouth. The sky is clear to the west so I take a chance on getting a few waves before the next storm front hits.

It always feels good to be out in the water, looking back at the town and the ridge beyond it. Rowdy prowls up and down the beach, chasing seagulls and sniffing the wind for danger.

The river mouth is my favourite wave, breaking hard and fast on the bar and barrelling all the way to the shore break.

I get half-a-dozen good rides before the sky darkens again and I decide to make my way in.

Rowdy's waiting in the shallows and he dances around my legs as we head back up to the platform. I change quickly, the cold wind biting at my skin, and stash my board and wetsuit.

With the last of the light fading behind the next big storm-head, we make our way back down into the tea trees, Rowdy running ahead now, eager for the warmth of his blanket in the corner of the kitchen.

Out of habit, I look at Sarah Watford's place as I cross Parker Street, thinking that one day she'll be there, standing on the front porch in her school dress and waving me over. But the screen door is still hanging by one hinge, the windows are still smashed and the path is still overgrown. Time to get home.

Even when the virus was spreading beyond the cities, everyone in town thought they'd find a drug to kill it off, that the
government would sort things out and we'd all go back to the way we were before.

Right up until the day Jim Sackville's supermarket was trashed, I thought everyone in Angowrie would be thinking the same way: that we were all in this together. Like when the seniors won the premiership in the District League and the whole town celebrated. Or Carols by Candlelight on the riverbank every Christmas, when you'd look around and see your mates with their families, their faces all lit by the glow of their small flames.

But that day outside the supermarket, everything changed.

It was a warm day in autumn, about three months after news of the first outbreak. Fresh food was getting scarce and people were starting to avoid going out in public. But that morning there was a crowd milling about and hassling Jim Sackville to open the supermarket and let people get the food they needed.

They weren't talking about paying for it, though. It was a strange sight, everyone with their white masks on, trying not to breathe too close to anyone else but still forming a mob.

Jim panicked, pointed his shotgun to the sky and pulled the trigger. The blast ripped through the air and everyone fell quiet. Then I heard a voice I knewâDad's. He was standing next to Jim with his hands in the air. He pulled his mask down to speak.

âAll right, everyone,' he said. âLet's just keep calm. Jim's got a right to guard his business. This is his livelihood.'

A bloke named Scully, who I recognised from the football club, stepped forward. He had a ratty sort of face with a long, thin nose and his voice sounded weaselly through his mask. As
he spoke he kept looking over his shoulder for support from the crowd, but most of them were still making up their mind about what to do.

âIt's gone past that stage, mate,' he said to Dad. âWe're running out of food and none of us have got any money to buy it. We gotta help each other now.'

From the other side of the crowd I could see Dad talking quietly with Jim, who listened but then shook his head and raised the shotgun again, this time aiming it at Scully. The last thing I saw was Dad reaching over to grab the barrels.

No Early Birds: A Short Story by Mackey Chandler
The Wedding Dress by Mary Burchell
A Promise to Remember by Kathryn Cushman
Gansett After Dark by Marie Force
Blood and Rain by Glenn Rolfe
The Messenger (2011 reformat) by Edward Lee
A Week In Hel by Pro Se Press
To Love a Scoundrel by Sharon Ihle
Demon Bait (Keeley Thomson) by P.S. Power
This Ordinary Life by Jennifer Walkup
Our partner