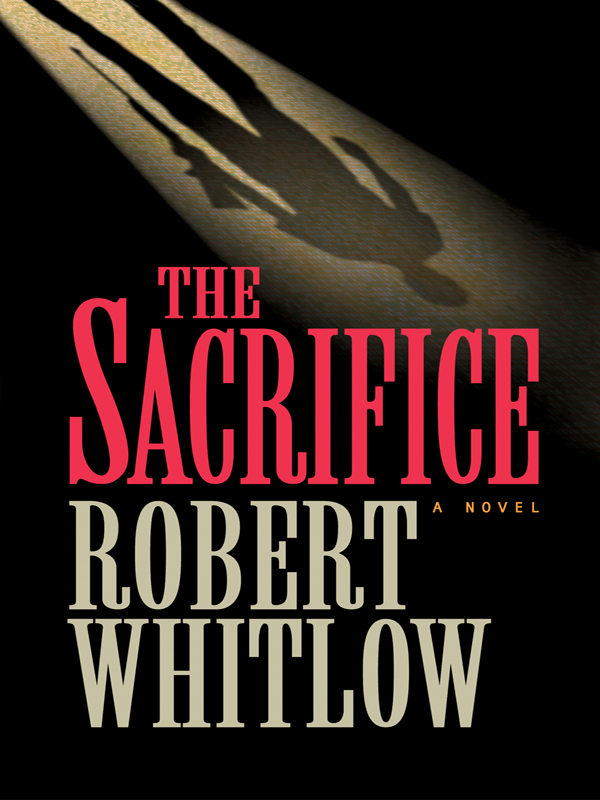 Thomas Nelson, Inc. titles may be purchased in bulk for educational, business, fund-raising, or sales promotional use. For information, please e-mail [email protected]

Other Scripture references are from the following sources:

The King James Version of the Bible (KJV).

The Revised Standard Version of the Bible (RSV). 1946, 1952, 1971, 1973 by the Division of Christian Education of the National Council of the Churches of Christ in the USA. Used by permission.

The New Revised Standard Version Bible (NRSV), 1989 by the Division of Christian Education of the National Council of the Churches of Christ in the USA.

T
O ALL WHO
pray for students and teachers.
Your sacrifice will not go unrewarded.

I looked for a man among them who would build up the wall
and stand before me in the gap on behalf of the land.

Serve one another in love.

M
y greatest thanks go to my wife, Kathy, for her unwavering commitment to the message of this book and her encouragement to complete it. Thanks to my editors, Ami McConnell, Traci DePree, Wendy Wood, and Keren Kilgoreâyou skillfully used the pick, chisel, and brush. And special appreciation to my good friend Kent Reynolds for his invaluable insight.

And to those who prayed. You pulled back the veil.

The thief comes only to steal and kill and destroy.
J
OHN 10:10

E
arly one morning as the sun was rising, Tao Pang stood at the edge of the river. Thin vapors of mist hovered over the surface of the water. Many years before the river had beckoned as his grave. Today, he thanked the Lord of life.

To his surprise, the Voice responded,
“You are going to America.”

Hmong refugees had been trickling out of Southeast Asia since the 1970s. Tao and thousands like him longed for the chance to emigrate to the United States, but few made it.

Tao looked across the water. The waterway flowed into a bigger river, the river flowed into the ocean, and the ocean touched the shores of America. If God could take a drop of water from the river swirling at his feet and send it to America, he could do the same with Tao. What he would do when he got there would be revealed in its appointed time.

Darkness has a strategy. For millennia, evil has been associated with chaos, but in reality, it marches in strict cadence to a master plan. Its goals are simple. Its greatest enemy is light. Wherever light appears the darkness rises up to snuff it out.

In a small North Carolina town, a light was flickering.

No one noticed the light. Those who held it did not recognize its significance. It shone in the midst of a new generation, and thus posed a great threat. The darkness saw it and knew it must be destroyed. The plan was set in motion. It was a proven scheme.

A willing ally was already on the scene. So willing, that he would sacrifice himself on the altar of deception. But he was not under absolute control. He was not a marionette, and he could choose avenues that didn't serve the lowest purposes of evil. Thus, the plan held risks.

The idea didn't come to the student in a moment of brooding isolation. It came in a crowded hallway at the high school between third and fourth periods. He was making his way from one class to another and stopped at his locker. Leaning over to pick up his textbook, he was jostled and hit his nose so hard against the metal frame that it made his eyes water. He spun around, but the offender had vanished into the anonymous throng.

Surging emotions boiled up inside him. Anger, rage, wrath. There weren't enough adjectives to describe the range of negative emotions that fought to control him. Sometimes, he kept them bottled up, and they seethed beneath the surface. Other times, he opened the door. Never had he given them full reign over his will. He rubbed his nose and closed the locker.

Suddenly, he had an experience unlike anything that had ever happened to him. He saw a massive wall of fire that started at one end of the hallway and rushed toward him like a flaming tidal wave. Frozen in place, he couldn't escape the approaching torrent. The fire swept forward and crashed over him. The magnitude and power of the vision took his breath away. After the firestorm passed, it was immediately followed by a darkness that held an unexpected, surprising calm. Peace came over him. And he knew the truth. The end of life was nothingness. Death held no fear.

Other students streamed past. No one noticed him.

T
he members of Hall's Chapel weren't in a hurry. In some cases, friends and relatives had prayed and waited decades for this moment. Prodigals had come home; those wandering in the wilderness of sin had come to the edge of the promised land. The celebration of salvation was a time to be savored. The voices of the congregation gathered along Montgomery Creek flowed over the water in triumph. Refrain followed refrain in affirmation of a faith as unrelenting as the force of the current rushing past the white frame church. Tambourines joined the voices. Hands clapped in syncopated rhythm.

Dressed in white robes, the five candidates for baptism walked forward to the edge of the stream and faced the rest of the congregation. The small crowd grew quiet.

A heavyset woman in a baptismal garment lifted her hands in the air and cried out at the top of her voice, “Thank you, Jesus!”

Her declaration was greeted with a chorus of “Yes, Lord!” and “Amen!”

Bishop Moore joined the converts and introduced each one using their new first nameâ“brother” or “sister.” From this day forward they would be part of the larger family of God's children who had met on the banks of the creek for almost 150 years. The former slaves who founded the church took seriously the command to love one another and passed on a strong sense of community that had not been lost by subsequent generations.

Each new believer stepped into the edge of the water and gave a brief testimony of the journey that had brought him or her to the river of God's forgiveness. The stories were similar, yet each one unique.

When it was her turn, the woman who had cried out shed a few tears that fell warm from her dark cheeks into the cool water at her bare feet. Some who knew her had doubted she would ever let go of the bitterness and unforgivingness that had dominated her life for more than twenty-five years, but the chains had been broken, the captive set free. Other testimonies followed until all five confirmed their faith in the presence of the gathered witnesses.

Bishop Moore waded into the water. Much of the stream bottom in the valley was covered with smooth rocks that made footing treacherous for the trout fishermen who crowded the stream each April, but the church deacons had cleared away the rocks and made a safe path to the small pool where Bishop Moore waited for the first candidate. A teenage boy walked gingerly forward into the cold water that inched up his legs to his waist. His family looked on with joy.

Bishop Moore held up his right hand and said in a loud voice, “Michael Lindale Wallace, I baptize you in the name of the Father, the Son, and the Holy Ghost.”

Then, putting his hand over Mike's face, the bishop laid the young man back into the water. Bishop Moore didn't do a quick baptism. He wanted people to remember their moment under the water, so he went deep and stayed long. The five had been cautioned by the lady who gave them their robes to take a deep breath.

After several seconds, the bishop lifted Mike out of the water and proclaimed, “Buried in likeness to his death in baptism; raised to walk in newness of resurrection life.”

Mike splashed through the water toward the shore. The next in line was the woman who had shed the tears. She stepped deeper into the water.

Outing of the Heart by Lisa Ann Harper
Los siete contra Tebas by Esquilo
The Fae Ring by C. A. Szarek
Devil's Fork by Spencer Adams
Snow Like Ashes by Sara Raasch
Murder by Numbers by Kaye Morgan
Sugar-Free Beta by Angelique Voisen
The Mayflower and the Pilgrims' New World* by Nathaniel Philbrick
Birds of Prey by David Drake
A Share in Death by Deborah Crombie
Our partner