The Sea House: A Novel 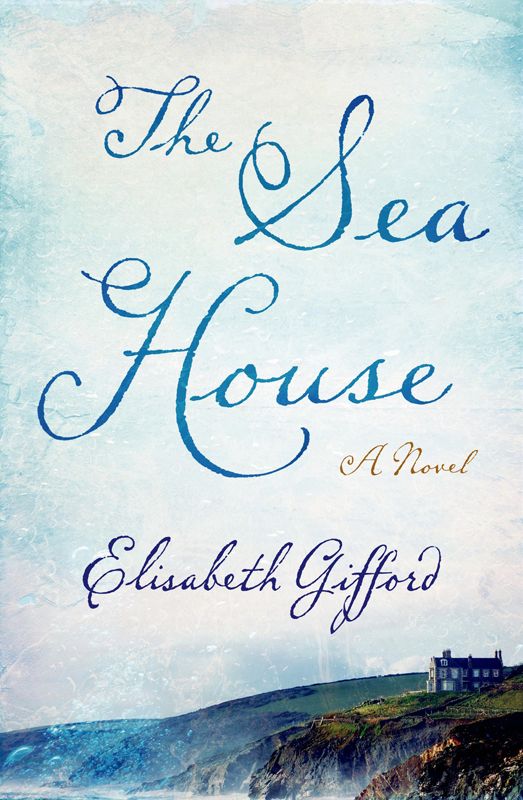 To Josh, Hugh, Kirsty and George

My grandmother’s grandmother was a seal woman. She cast off her seal skin, fell in love with a fisherman, had his child, and then she left them. Sooner or later, seal people always go back to the sea.

At least, that’s the story that Mum used to tell me.

‘It’s as true as you and me, Ruthie,’ she said. ‘There’re plenty of people up in the islands that come from the seal people.’

And later I used to think, Of course, that’s what must have happened. That’s why she left me. She couldn’t resist going back to the water, because she was a Selkie.

For a long time, I liked to think that. Because it meant she might come back one day, and then I could go home.

I don’t think I had ever felt so piled with gifts as I did that first night we slept in the Sea House, or so excited. I was ready to get up and carry on with the painting there and then. It was completely dark, no slur of city light. I pressed the little light on the alarm. Two a.m.

I curled up closer to Michael’s long back. He was so solid in the darkness; his presence filled the room like a comfort. When I first met Michael, I thought he was too tall and elongated, a species I didn’t recognise. Then I realised that he was just how he should be, a sapling in a wood, his pale brown hair the colour of winter leaves. And right now, he was exhausted, completely dead to the world.

It had taken months of back-breaking and filthy work to get the old place scraped down to a blank canvas, and then we’d had to start the long haul of repairs ready for us to move in. The truth was that our bedroom and the half-finished kitchen were still the only inhabitable bits, but you could see from the proportions of the Georgian rooms with their elegant windows and carved fireplaces that one day the house was going to be beautiful.

I turned over again, far too awake for two in the morning, and also incredibly thirsty, probably because of the dubious cava from the Tarbert Co-op. I didn’t want to get a drink from the bedroom sink: we’d just cleared a dead bird from the tank feeding the upstairs taps.

It was icy when I slid outside the bedcovers. The fire in the bedroom grate had gone out. I went down the stairs as quietly as I could, feeling with my hands along the cold plaster where it was too dark to see.

Down in the kitchen, I filled a mug from the tap, and drank the water as I stared out at the dark shapes of the hills. A glassy moon clear in the black sky. The room was flooded with monochrome shadows, but then the kitchen looked at its best in the dark. You could almost imagine that the humped shape in the corner was a new Aga rather than a builder’s old trestle covered with a cloth, a tiny Belling hotplate and washing-up bowl on top.

Next to the window, the moonlight showed the pale squares of my noticeboard with its To Do lists for every room; snippets of cloth and paint cards; pictures of ideal rooms torn from magazines; a collage of how the Sea House was going to be – one day. I loved sitting at the rickety kitchen table updating the lists, adding and crossing off, enjoying the delicious feeling of our forever home finally rising up from the rather disgusting ruin we’d bought in the dead of winter.

I’d first seen the house by torchlight, running the pale light over the boarded-up windows, the walls cracked and streaked with green damp. We had to force the back door to get in. The air was thick with vegetal rot. Piles of filthy fleeces stacked up in the wreck of a kitchen. Crumbling dirt and debris everywhere. The air had felt so cold it sucked the heat from my face and hands.

I was ready to turn round and go back to London.

‘But don’t look at the mess,’ Michael said. ‘Think of it freshly painted, curtains at the kitchen windows, a nice big pine table here.’

Now, with the outside more or less weatherproofed, the rats evicted and the holes in the roof remedied, the debris swept away, and after hours and hours of plastering and painting, we were finally in – and it was possible to imagine that one day, instead of a chilly building site, the Sea House would feel like a real home.

And always the next thought, the one that seemed impossible. When the house was completely ready, we’d come in through the front door, and I’d be holding a small, warm weight, a little sleeping face in a nest of soft shawls. Our child.

I avoided glancing down to the bottom of the noticeboard and the scruffy wad of bills still to be paid. Felt the niggle of worry stir in my stomach.

I tipped the mug up and put it on the draining board – carefully, as the sink was a bit loose from the wall, propped up with some wood offcuts. The flagstones were freezing and starting to make my feet hurt. My shoulders felt pinched by the cold.

There was hardly any moonlight as I crossed the hall to go back upstairs. The new floorboards felt unpleasantly gritty under my bare feet and a freezing draught was coming up from the missing skirting board, bringing with it a clayey odour. I shivered and made for a pool of moonlight on the lower banisters. I put my hand out to take the newel post and felt the cold of the gloss paint under my palm.

That’s when I saw it: a quick blur of movement like a tiny wing caught from the corner of my eye. I saw a hand descending on the newel post just after mine.

I froze. A sudden, painful pricking of blood in my feet, the smell of clay sharp in my nostrils, every instinct primed to get out of there. She was so close, so palpably present, I thought she would appear in front of me. I couldn’t breathe. My heart was gabbling so hard I thought it was going to give out.

And then she was gone. The air relaxed.

I ran up those stairs, the door to our room half ajar just as I had left it. I got back into bed with a thump and lay close to Michael. He murmured but didn’t wake.

I stared into the dark. What on earth had just happened? Some delay in the messages from my eye to my brain. Some silly trick of the mind half roused from sleep had sent me into a stupid panic. Eventually my heart slowed to normal and I’d almost talked myself down, was almost drifting off when I woke up once more, very alert. I opened my eyes onto the darkness. Then why had it felt so intensely real, as if someone else was there in the hallway, standing beside me so closely that for a moment I wasn’t sure who I was?

The fear was beginning to seep back in. I felt sick from fatigue, but there was nothing I could do; I stayed alert and awake, listening out to the minute sounds of a silent house, all my senses still primed.

I could hear the waves breaking along the shore like soft breaths. I got up and wrapped a blanket from the chair round my shoulders, went to the window and lifted the wax blind. The moon was completely round in the blackness. There were bright lines of its phosphorescence along the waves, continuously moving through the darkness and then disappearing.

I watched them for a while. After that I felt calmer. Eventually, I got some sleep.

When Michael came in with two mugs of coffee next morning, the sun was already strong through the blinds.

‘The wood’s being delivered this morning,’ he said, picking out a T-shirt and giving it a sniff. He worked his arms into it. ‘We might have a floor in the sea room today.’

He sat on the bed, making the mattress bounce, and pulled on his grubby jeans from the day before. I had to cradle my coffee so that it didn’t spill on the new duvet. It had an oily bitter smell. I wondered if the jar of Nescafé had gone stale. I put the coffee to one side on the orange box that was covered in a new tea towel for elegance.

‘Donny’s coming to help pull up the rest of the old boards. Although we’re going to dig a channel in the earth underneath to lay a cable first.’

‘I thought you were going to finish your drawings.’

He leaned over and bashed my chin with a quick kiss. His long, slim arms looked different, the muscles and veins more prominent. He’d worked so hard to get us out of the caravan. He’d hated the little bed that didn’t let him stretch out, but I’d got to quite like living in the shelter of the dunes, right next to the deserted beaches and the wide Atlantic rollers that towered up like molten glass in the blue winter air. I was glad that the Sea House was almost as close to the water, just the other side of the dunes, where the green machair broke into sandy waves of undulating silver marram grass. And then the beginning of the wide, flat beaches.

Michael stood up, stretched his long torso and combed his hands through his curly hair. I think the thing that made me fall in love with Michael was the way he stooped to listen to me because he was so tall, as if he really wanted to hear what I was saying; and he was so kind and willowy, his mop of wiry, fair hair like a medieval angel in a picture. He pulled on a jumper, then his grimy overalls. He smiled, slapped his legs, ready to get started.

‘Yeah, I know. I’m constantly thinking about the next thing to do, seeing us open, the first guests rolling up. And I still can’t believe we live in this house, in this fantastic place.’

I could hear him whistling as he went downstairs.