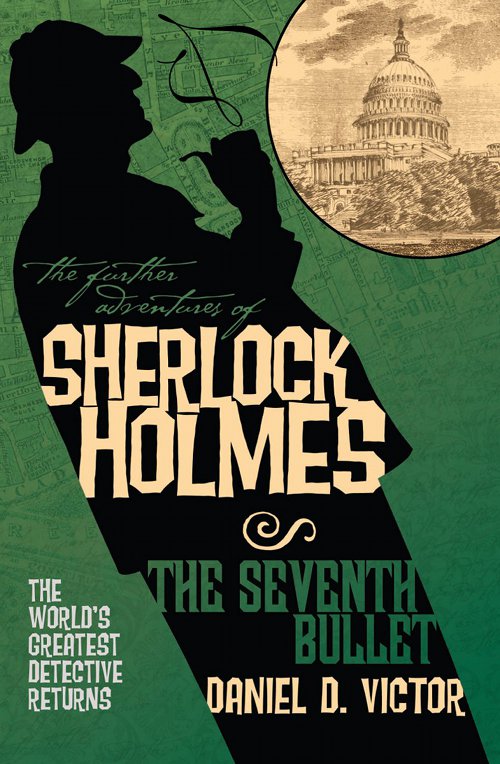 THE FURTHER ADVENTURES OF SHERLOCK HOLMES: THE SEVENTH BULLET

What did you think of this book? We love to hear from our readers. Please email us at:
[email protected]
, or write to us at the above address. To receive advance information, news, competitions, and exclusive Titan offers online, please register as a member by clicking the, ‘sign up’ button on our website:
www.titanbooks.com

THE MAN FROM HELL

THE SCROLL OF THE DEAD

SÉANCE FOR A VAMPIRE

THE WAR OF THE WORLDS

THE ANGEL OF THE OPERA

THE GIANT RAT OF SUMATRA

For Norma
To me she will always be “
the
woman.”

“The treason of the Senate! Treason is a strong word, but not too strong, rather too weak, to characterize the situation in which the Senate is the eager, resourceful, indefatigable agent of interests as hostile to the American people as any invading army could be, and vastly more dangerous; interests that manipulate the prosperity produced by all, so that it heaps up riches for the few; interests whose growth and power can only mean the degradation of the people, of the educated into sycophants, of the masses toward serfdom.”

—David Graham Phillips
The Treason of the Senate
, 1906

For their help in editing the manuscript, I would like to express my gratitude to Richard Evidon; Robert MacDowell; Christine McMullen; Norma K. Silverman; Barry Smolin; Peter Turchi; and my parents, Alfred and Ruth Victor. I would also like to thank Jane Cushman. It was her faith from the start that enabled this project to succeed.

A
ny manuscript purporting to be a newly discovered case involving Sherlock Holmes deserves a word of explanation. When such a manuscript also casts a controversial light on well-established historical events, a naturally sceptical reading audience is entitled to know how its discovery came about.

In June 1976 I completed my doctoral dissertation on the little-known American novelist David Graham Phillips. Although few people today even recognise Phillips’ name, many are quite familiar with the title of “Muckraker,” which an angry President Theodore Roosevelt pinned on him for the writer’s attack on members of the United States Senate in 1906. My particular interest in Phillips focused on the dichotomy in his nature that resulted, on the one hand, in the kind of political dissent that so enraged Roosevelt and, on the other, the eccentric and stylish mode of dress that earned Phillips the label of “dandy.” My dissertation, entitled “The Muckraker and the Dandy: The Conflicting Personae of David Graham Phillips,” studied the impact of this psychological split
on Phillips’ fiction, fiction that, at least during his own lifetime, garnered him comparisons to Tolstoy, Balzac, and Dickens.

The library at Princeton University houses the primary collection of manuscripts related to David Graham Phillips. Because the fact is well documented that the great bulk of his work changed very little between its creation in longhand and its publication, I felt comfortable in bypassing the Princeton collection during my doctoral studies. Besides, as a struggling graduate student on the West Coast, I didn’t have the money to travel to New Jersey anyway. But three years ago I finally did get to make the pilgrimage; and while investigating the aforementioned handwritten papers of Phillips, I discovered—to my amazement and joy—at the bottom of one of the eleven cartons of documents pertaining to Phillips, the battered and water-damaged manuscript tied with twine that, thanks to the university’s gracious consent, I have been allowed to edit and present here to what I assume is an eager audience.

When I first saw Dr. John Watson’s account of Phillips’ murder, I had no idea of the report’s explosive—not to mention priceless-contents. It had no title (I confess to generating the present one thanks to the suggestion of a friend at the National Endowment for the Humanities). The original first page simply showed “David Graham Phillips” scrawled across it in a handwriting different from that which covers the rest of its pages. Although the library research department claims no knowledge of how or when the manuscript actually arrived, I surmise that some good Samaritan who knew of the Phillips collection at Princeton must simply have sent Watson’s narrative to the University where an unsuspecting librarian no doubt mistakenly placed it among the compositions written by Phillips himself.

I cannot, of course, vouch for the authenticity of the manuscript. In general, it appears to be historically accurate. References to Phillips’ role in reporting the naval collision, for example, or Hearst’s generous offer of employment or the testimony of the numerous witnesses Watson cites can all be found in various biographies of Phillips’ life. However bizarre and contradictory, even the details surrounding Phillips murder—including the passages from the assassin’s diary—are consistent with the journalistic and scholarly accounts I have researched. But because Dr. Watson himself confesses to clouding some of the more controversial aspects in order to protect those who were still in power when he wrote the memoir shortly after World War I, it is difficult to determine exactly how definitive his narrative really is. For the reader seeking to try, I have included a selected bibliography following the text.

But accurate or not, the manuscript demands to be made public. Let historians and critics more qualified than I be the final judges. I can surely attest to its contents’ conforming to all the vagaries of human nature and the political process that I myself have come to regard as true. I have taken the liberty of adding the chapter titles and headnotes and clarifying those transitions and explanations that were illegible, lost, or omitted in the original.

Learn from history or be condemned to repeat it, Santayana admonished. Judging from the success of the political assassins subsequent to the events marked in the history that follows, we have done very little learning. I present Dr. Watson’s narrative, therefore, with the hope of making better students of us all. 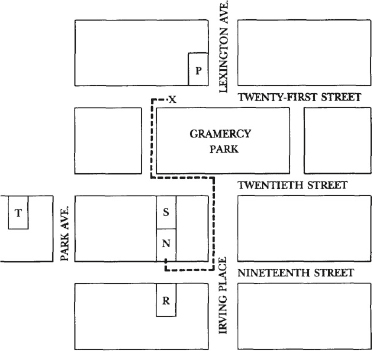 La llegada de la tormenta by Alan Dean Foster
Call of the Whales by Siobhán Parkinson
The Secret Life of Lobsters by Trevor Corson
Happy as Larry by Scot Gardner
61 A.D. (Bachiyr, Book 2) by McAfee, David
John Ermine of the Yellowstone by Frederic Remington
Hunted (The Scottish Falconers Book 2) by Wylie, Diane
Not His Kiss to Take by Finn Marlowe
Firethorn by Sarah Micklem
The Last Rain by Edeet Ravel
Our partner