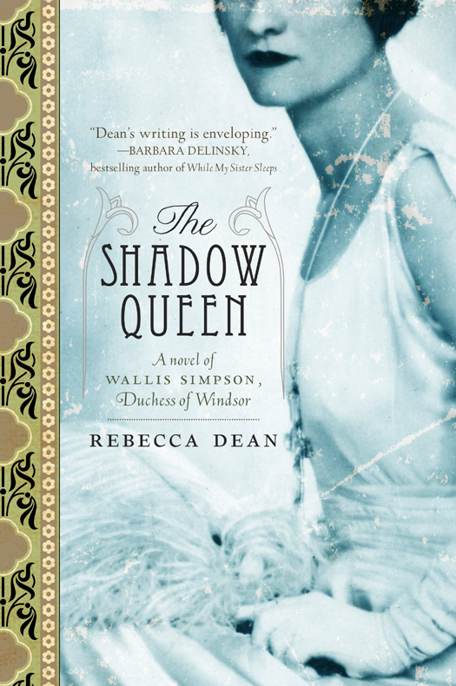 All rights reserved.
Published in the United States by Broadway Books, an imprint of the
Crown Publishing Group, a division of Random House, Inc., New York.
www.crownpublishing.com

BROADWAY BOOKS and the Broadway Books colophon are trademarks of Random House, Inc.

This book is dedicated with love to my granddaughters
,

In a vacation cabin attached to the small town’s Monterey Inn, Alice Warfield was struggling to give birth to her first child. She and her husband, Teackle, were from Baltimore and were on an extended vacation in Blue Ridge Summit because of its reputation as a health spa and because Teackle was a consumptive. The plan had been for their family physician, Dr. Neale, to travel out to Blue Ridge Summit in time for the birth. The baby, though, was uncaring of the plans made for it, and when Alice had gone into labor seven weeks prematurely, the doctor hurriedly dispatched from Baltimore was a newly graduated student of Dr. Neale’s, Dr. Lewis Allen.

“We’re nearly there, Mrs. Warfield!” the young man said exultantly, sweat beading his forehead. “Now when I say pant, pant as if your life depends on it.”

Through a sea of unimaginable pain, Alice panted.

Alice pushed, and as above the bed the blades of a ceiling fan creaked and whirred, a red-faced squalling baby girl slithered into Dr. Allen’s hands.

“It’s a girl!” His voice was charged with emotion, his relief that there had been no complications vast.

An exhausted Alice eased herself up against sweat-soaked pillows. “Oh, let me see her, Dr. Allen! Is she all right? Has she all her fingers and toes?”

As the baby kicked and squirmed in his hands, Dr. Allen said in deep sincerity, “She’s perfect in every way, Mrs. Warfield. In fact, she’s fit for a king!”

“T
hat is what the doctor said to your mama the instant you were born, Bessie Wallis, and as I said then to your now dear-departed daddy, Dr. Allen knew what he was talking about, for Warfields and Montagues—your mama is a Montague—are two of Maryland’s oldest, most illustrious families
and
they have connections to British royalty, and not many people can claim that distinction in Baltimore!”

Because Bessie Wallis’s dear-departed daddy had died young, he’d had no opportunity to earn a fortune of his own or to inherit one, and so, being penniless, Bessie Wallis and her mother had been invited to live with Grandma Warfield in her big tall house on East Preston Street.

Bessie Wallis loved living there and hearing Grandma Warfield talk about how special the Warfields and Montagues were. Something she didn’t like was a sense of tension she didn’t understand, but which she knew was caused by her dear-departed daddy’s bachelor brother, Solomon, who also lived with Grandma Warfield. Uncle Sol wasn’t a very tall man, but his imposing physique and erect bearing made him seem so. He had narrow eyes and a luxuriant well-clipped mustache, and he wore stiff high collars and wide formal ties that he fastened with stickpins.

Bessie Wallis was a little afraid of him—and knew her mother was, also.

A
nother cause of tension was the friction between her mother and grandmother. Grandma Warfield insisted on family prayers every morning, and her mother often referred to her as “a pious old bat.” In return, her grandmother called her widowed mother “flighty.”
Flighty
was another word Bessie Wallis didn’t understand, but she knew it was something not very nice simply from the way her grandmother said it.

When Bessie Wallis was five, her happy life on East Preston Street came to an end in a way that left her confused and deeply troubled. She’d been in her favorite secret place, sitting beneath the giant chenille-covered table in the dining room. The cover reached nearly to the floor and made a wonderful darkened den. She was playing house in it with her two best dolls, Mrs. Vanderbilt and Mrs. Astor, when the dining room door opened and she heard her Uncle Sol say hoarsely, “All I want is for you to be nice to me, Alice. Surely it’s not too much to ask? A little kiss now and then. You give other people kisses, don’t you? So why not me?”

Bessie Wallis couldn’t imagine her mother kissing anyone apart from her and she was just about to come out from under the table and say so, when she realized her mother was crying.

The sound froze her into absolute stillness. Even though her mother was a widow, she
never
cried. “Life is made to be enjoyed, Bessie Wallis,” she would say merrily, dancing her around their bedroom, her azure blue eyes sparkling, her golden hair swept up to the top of her head with tortoiseshell combs. “Promise me you’ll never grow up into a sourpuss like Grandma Warfield.”

Her mother wasn’t being merry now.

Bessie Wallis heard her say defiantly, through tears, “I’ve been widowed for four years and who I kiss is my own affair.”

Bessie Wallis held her breath, certain that her uncle would now apologize for having made her mother cry. He didn’t. Instead he said in a harsh, desperate voice, “You’re lying, Alice! I
know
you’re lying!”

All that Bessie Wallis could see was her uncle’s booted feet and, a little distance away, her mother’s tiny size three feet. Then, so suddenly it made Bessie Wallis gasp, her uncle closed the gap between himself and her mother and though she couldn’t see him doing so, she knew he had seized hold of her by her arms.

“You sleep only two rooms away from me, Alice! It’s a torment I can bear no longer! You have to be nice to me, Alice! You
have
to!”