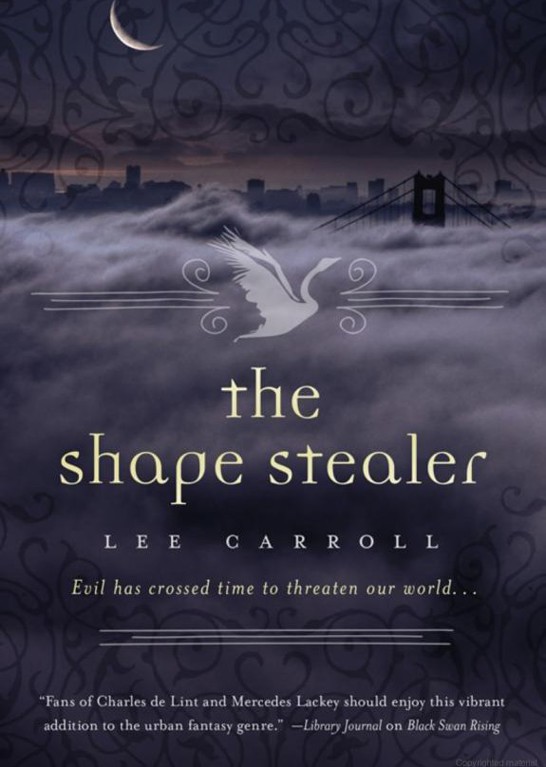 For our brothers Bob, Joel, and Larry

8.
Beast Without a Soul

15.
Consolation of the Traditional Kind

28.
A Brownie Tries to Help

30.
Romance at the Edgemont

We thank once more
our most perceptive and helpful U.S. editor, Paul Stevens; our brilliant agent, Robin Rue; and the most energetic and enthusiastic Simon Taylor and Lynsey Dalladay at our UK publisher, Transworld, for all their help and support. Thanks also to the excellent agents Loretta Barrett and Nick Mullendore for their continuing efforts in the realm of foreign rights. And we thank our publishers in the Czech Republic, Poland, Russia, and Turkey, and our fine agent in Belgrade, Serbia, Tamara Vukicevic of the Prava/Prevodi Literary Agency, for finding us new audiences to the east.

Nothing would be possible without our loving and supportive families.

Paris in the morning. The streets newly washed by rain. The smells of coffee and fresh baked bread wafting from cafés. Sunlight a glittering promise of the day on the Seine. I’d dreamed of walking like this across the Pont Saint Michel with Will Hughes some day. How after four hundred years of night he would see his first daybreak by my side. To win that dawn we’d traveled back in time, faced a conniving alchemist, an evil astrologer, an ancient sorceress, a monster, assorted crocodiles, and Will’s own sordid past … and won a cure. We’d come back using the Astrologer’s Tower and a timepiece I’d fashioned as a time machine, and I’d handed Will the cure—the blood of the shape-shifting creature that had made him a vampire. He had drunk and become human. Descending the Astrologer’s Tower we’d learned that the creature, Marduk, had traveled back with us. But I knew that together we could handle even that. When Will looked around him, amazed at the new world at his feet, I thought it was wonder at the new world of daylight after four hundred years of night, but it wasn’t. He was amazed because he’d never seen twenty-first-century Paris. The Will I had brought back with me was not the man I had fallen in love with. It was his earlier self. Nineteen-year-old Will Hughes, the callow youth whom I’d found when I traveled back in time to 1602 and inadvertently brought back with me.

“Tell me again what he said to you in the alley?”

We were in the Café Le Petit Pont across from Notre Dame. I was on my second café au lait. Will was sipping his, his childish delight at the beverage beginning to grate on my nerves.

“What my dark twin said?”

I sighed with exasperation. “I’ve explained. He’s not your dark twin. He’s you—four hundred years later. We came from the future—
now
—to find a cure for him.”

Will pouted. My sexy, virile vampire
pouted
. I preferred those lips when they snarled back over fangs. “He said I was his
better self
.”

I snorted. “He was flattering you, probably because he knew it would work. Then what did he say?”

“He told me he knew a way that I could become human again and regain my true love, Marguerite.” He made moon eyes at me again, as he had every time he’d mentioned Marguerite. I slapped the table.

“I told you, I am not your Marguerite. I’m a distant descendant.”

“Well, he told me you
were
. He said I’d find you at the top of a tower in Catherine de Medici’s palace. That I’d have to fight my way there, but when I did I’d find you … er … Marguerite … on top with my cure. And I did fight! There were crocodiles!”

“Yes, you were very brave,” I said for the fifth time. “But didn’t you ask him
why
he was sending you instead of going himself?”

Will’s brow creased. “Why should I question my dark twin’s desire to save me?”

I sighed and lowered my head in my hands. “No, I suppose you wouldn’t.”

“But now that you mention it, he did say one other thing.”

“He said to tell you—well, to tell Marguerite…”

I made a circular motion with my hand to urge him to go on.

“Let’s see, what were the exact words? He made me memorize them … oh yes, that he was sending you his better self because that’s what you deserved.”

“Then you’re both idiots,” I said, tossing a euro coin onto the table and getting up. I headed east along the Seine, battling the early morning flow of tourists, not caring if he followed me. But of course he did. He caught up with me in front of the Shakespeare and Company bookstore, where a shopkeeper was setting up the outdoor bins of books in the little square in front of the store.

“I don’t know why you’re angry with me, good lady. I merely followed the instructions of what appeared to be my dark angel.”

“That’s why I’m angry with you,” I said, wheeling on him. “You followed orders; you didn’t think to question him, did you? If you had, he might have told you that he was you four hundred years later and merely because he’d done some questionable things in those four hundred years he didn’t think he was good enough for me. Then you might have asked, ‘Verily, good sir, have you asked the lady what she thinks?’ And he would have been forced to admit that the
lady
had already told him that she didn’t care what he’d done, that she loved
him
, the man he was, with all the experiences he’d had, not the silly boy he’d been four hundred years before.”

Will, who had grown nearly as pale as his vampire self under my tirade, fidgeted with the frills of his shirt cuff. “I am not silly,” he said. “And neither was my older self an idiot. We both did what we did for love. Can we not be friends, you and I? We both want the same thing. You want your beloved Will back and I want my Marguerite. Can that not be arranged? I am willing to go back in time and change places with my dark … er … my older self.”

“That’s very gallant of you,” I said, “only as I mentioned earlier, the timepiece we used to travel back in time is broken.” I held up the watch that hung around my neck. Its glass face had cracked and its gears no longer moved.

I sighed and looked away from him, toward the river and the square in front of Notre Dame where tourists were lining up for morning tours. Time was moving on. Irrationally, I felt it was moving me even further away from Will—the real Will, stuck in 1602. But then something occurred to me.
Time was moving on
. Will wasn’t stuck in the past. Without Marduk’s blood he had remained a vampire, which meant he would have continued living from then until now. He must exist somewhere in the present … but then where was he? The question quickly made my head hurt. I needed to find someone who understood time … Of course! Horatio Durant, the watchmaker who had helped me make the timepiece. He hadn’t admitted to any supernatural knowledge, but that didn’t mean he didn’t have any. I would start with him. Relieved to have come up with a plan of sorts, I turned to share it with Will … but Will was gone. I spun around in a circle, searching for him, but didn’t see him anywhere. He’d vanished into the crowds of tourists streaming along the Seine as completely as his older self had vanished into the river of time.

Despondent over Garet’s iciness, Will had turned away from her in front of the bookstore named for his long-lost mentor and love rival, its presence another unfriendly rebuke to his spirit. His eyes had wandered across the faces in the crowd, searching for a friendlier mien, when suddenly he had spied a familiar façade. Not of a person, but of a building. It was the Church of Saint-Julien-le-Pauvre, where he had kept his Paris vigil over Marguerite four centuries earlier after they had parted in London in a conflict over his desire to join her in immortality. A sign at her previous lodgings in London had directed him to wait for her at this church. She never arrived, but another sign he encountered there eventually guided him toward Paimpont in Brittany, where he had found her. Perhaps even now there would be a sign there that would lead him to her. He’d headed toward it, leaving Garet behind him in the crowd.

A distinctive tree near the church’s north wall, which he recalled clearly from 1602, was still here, now with a plaque on its trunk labeling it “the oldest tree in Paris.” It was, indeed, an ancient-looking specimen. Poor thing, it had weathered the centuries badly. At some point in its long life it had leaned so far to one side that it had been propped up by a metal girder and its trunk had split in two and been filled with stone. Will sank down onto a bench in front of the tree, feeling at this evidence of the centuries that had passed for him and the tree as if he, too, needed support and as if his heart, too, had been filled with stone. He was still staring morosely at the tree when an odd little man approached him. The man was no more than five feet tall and gave the impression of a human egg, waddling about rotundly on two short legs: of a robin’s egg in particular, given the pale blue tint of his summer attire, shorts and a tennis shirt. Dispensing with any social niceties, the man approached Will, closely observed him with deep-set blue eyes, and told him that he happened to know that Will was in need of a time portal. The man knew where Will might find such a portal, or where rumors among the fey suggested he might find one.

Papelucho Historiador by Marcela Paz
By the Silver Water of Lake Champlain by Joe Hill
Sleepwalker by Wendy Corsi Staub
Black Market Billions: How Organized Retail Crime Funds Global Terrorists (Gal Zentner's Library) by Prabhakar, Hitha
Shattered: Round Four (Broken Book 4) by Skyla Madi
Being Friends With Boys by Terra Elan McVoy
The United States of Arugula by David Kamp
The Sisters by Claire Douglas
A Week in December by Sebastian Faulks
Another Man's Treasure by Jay, Wendy
Our partner