Read The Shattering Waves (The Year of the Dragon, Book 7) Online

The Shattering Waves (The Year of the Dragon, Book 7) 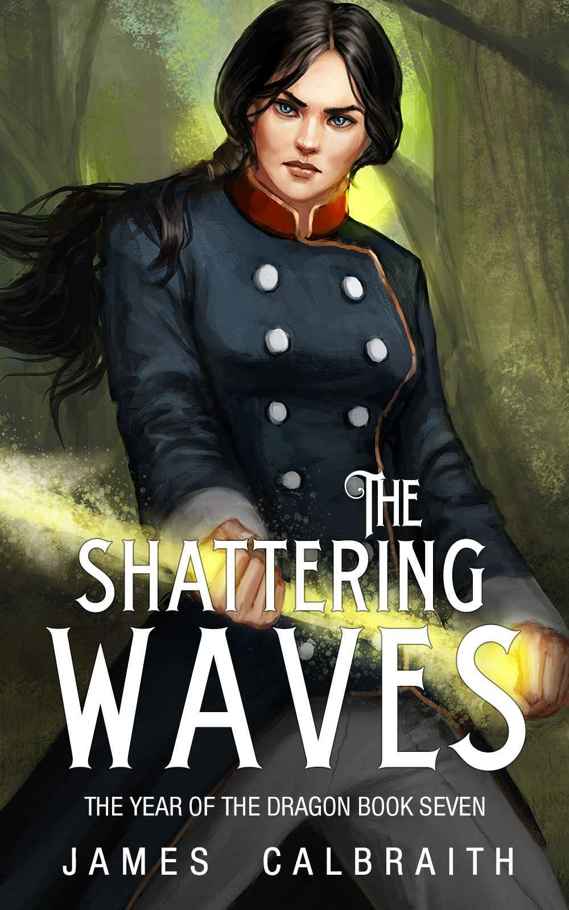 The Year of the Dragon

Published May 2016 by Flying Squid
ISBN: 978-83-936713-5-9
Visit James Calbraith’s official website at
jamescalbraith.com
for the latest news, book details, and other information
Copyright © James Calbraith, 2016
Cover Art:
Olga Kolesnikova
Map Illustrations:
Jared Blando, Flying Squid, Metruis
Cover Design: Flying Squid
This book is a work of fiction. Names, characters, places and incidents either are products of the author’s imagination or are used fictitiously. Any resemblance to actual events or locales or persons, living or dead, is entirely coincidental.
All rights reserved. Except as permitted under the U.S. Copyright Act of 1976, no part of this publication may be reproduced, distributed or transmitted in any form or by any means, or stored in a database or retrieval system, without the prior written permission of the publisher.
Fan fiction and fan art is encouraged. 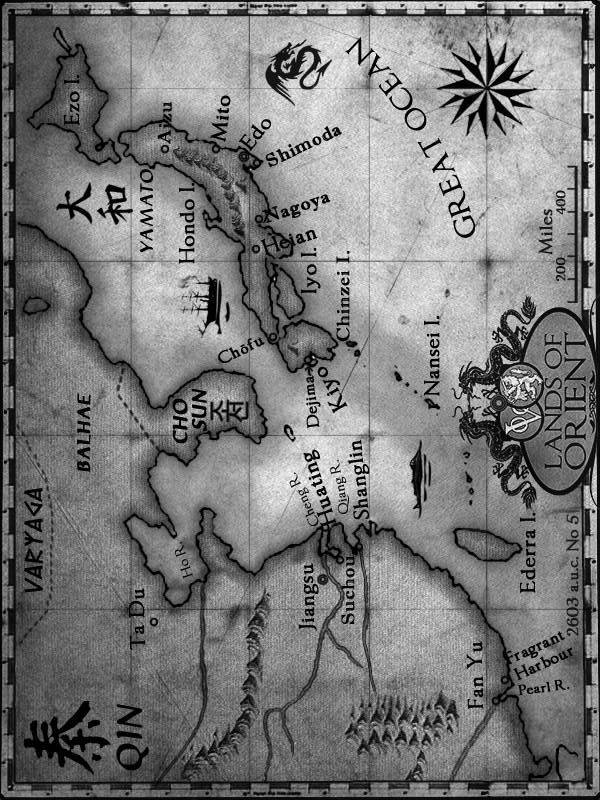 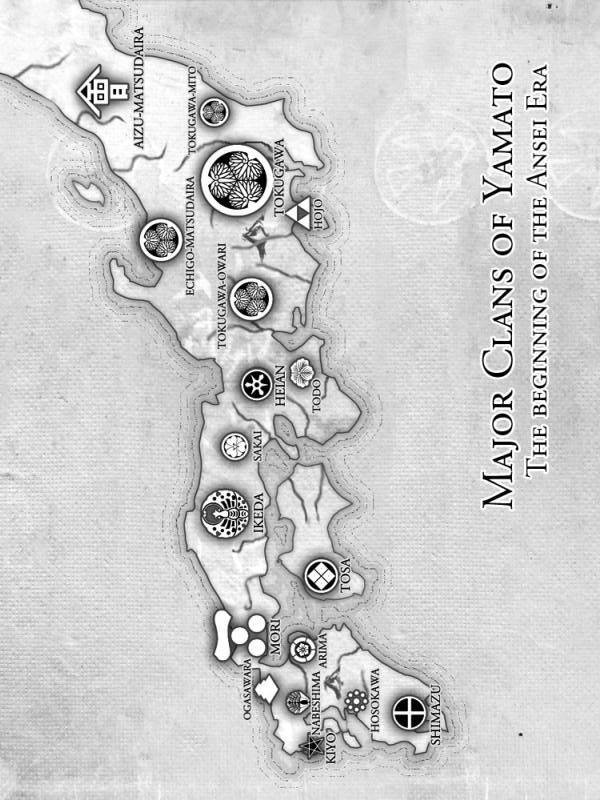 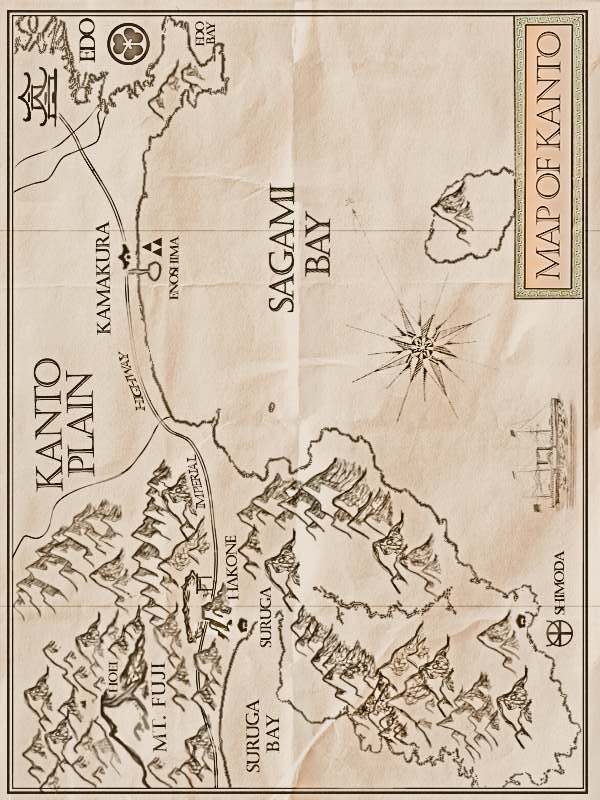 All is the same to me.

We must meet now

Even if I were to perish

In the Bay of Naniwa.

Nodwydd, Edern’s silver dragon, circled the dense wood covering the top of the shrine hill. Dylan bade it dive towards a clump of tall cedars.

Gwen didn’t spot the small glade until the dragon descended beneath the forest canopy.

“You’re sure it’s here?” She saw nothing but a ruined wooden shack and a broken-down vermillion gate. Was this place really the source of the mysterious shadowy creatures that had attacked the city during the Feast of the Dead?

Dylan was keen to find out more, but there were only a couple of days left to investigate. Soon the rebel armies were to march out of Kiyō and the war would require his and Gwen’s undivided attention.

“All the traces lead towards it.” Dylan approached the ruin, holding a pocket potential meter in his hand. “I can’t sense anything now, though.”

But Gwen felt something, something other than the magic of the elements. She felt a presence around her, as if of living things, invisible but watchful, hiding among the trees. The “spirits” that she had sometimes sensed in the deep jungles of Bharata or Merina, but almost never back home in Prydain. Not even Edern knew about it, and she never dared mention this to Dylan. There was no place for the “spirits” or “demons” in the Western magic. To Dylan, these were at best crafty illusions, at worst - primitive superstition.

The longer they stayed in Yamato, though, the stronger the sensation grew. And now, in this ancient forest on the grounds of an equally old local shrine, it was almost overwhelming. She rubbed her eyes. The woods buzzed with the invisible presence.

Dylan didn’t notice her distress. He removed a couple of rotten boards from the pile of rubble and stooped to investigate.

He glanced at her curiously. “What’s wrong?”

He reached for another log and froze. A black tentacle slithered from between the boards. Dylan observed it with the dispassionate fascination of a scholar. He prodded it with a piece of wood: it melted, oozing with a black liquid.

She was struck with a wave of cold air, palpable and coarse.

Can’t he sense it?

The tentacle penetrated her mind, rummaging and searching. Another tentacle appeared among the rubble. The creature ignored Dylan’s poking and slithered instead towards Gwen.

It knows I can feel it.

The invisible presence of the forest fell silent. It was not fear, but the premonition of evil that bothered her. That, and the fact that Dylan remained oblivious to the danger, as if the crawling shadow was a specimen in a jar, rather than a monster, capable of killing a human with a single touch.

“We’ve seen enough,” she said through clenched teeth. She summoned the Soul Lance.

Dylan opened his mouth to protest, but one look at her face made him pull away from the ruined shack.

She raised the Lance and thrust it between the two tentacles where the shadow’s main body hid beneath the stones. The creature burst in a bright flash and thunder. The blast threw Gwen a few feet in the air. The earth moaned and heaved under her in a torturous tremor. The trees rustled and creaked, and the spirits cried out in terror. When the dust and the rumbling settled, the pile of rubble was gone, vanished into a bottomless, sulphur-smelling crevice.

Dylan peeked over the precipice, scratching his scar.

Gwen closed her eyes, listening to the forest. Somehow, she knew this was not the end …

The silver dragon circled the smouldering castle keep one last time before descending towards the courtyard. The last of the marauding rebels crossed the shattered breach in the granite walls. The soldiers stood upright, shielding their eyes from the sun, and gazed at the empty battlefield in disbelief. The few enemy troops that remained to surrender the castle sat in a loose circle before the bare stable building, guarded by a few weary-looking spearmen.

Dylan climbed a fallen rampart and waited for Edern to dismount. The Tylwyth brushed hair from his cat-like eyes and looked down. His forehead glistened with sweat. It was the beginning of August — the hottest month in this part of the world, and with the sun high up, every moment out of the shadow was a torture, even for a Faer.

Dylan nodded. They both knew what he meant. The siege of Kurume Castle, the first real battle of the Southern Imperial Army — as the alliance of the rebel
daimyo
s decided to call itself in the official proclamation — had lasted only a few hours, rather than the expected days. The castle, and the town below, had been abandoned to the rebels. The real enemy was concentrating his power somewhere else — and drawing them into a trap of his own devising.

“It’s a boring war without dragons to fight,” added Edern. The Gorllewin had not shown themselves in battle since the burning of Kagoshima.

“We’d be hard-pressed if even one of them came here,” said Dylan. “This army is not yet ready to face them, even with our help.”

Several windows on the third floor exploded in sequence, showering the roof below with shards of scorched timber. Two bodies followed, in black armour, bouncing off the ramparts before hitting the dirt of the courtyard. Moments later, the flag of the alliance — a red, radiant sun on a white sheet — fluttered in the wind.

A column of prisoners marched out of the castle under the guard of rebel soldiers, their hands and legs tied together with rope. Dylan watched them from the gatehouse, now adorned with the Red Sun banners, instead of those of the overthrown
daimyo.

Breene, K F - Jessica Brodie Diaries 01 by Back in the Saddle (v5.0)
End of Days (Penryn and the End of Day #3) by Susan Ee
Jillian Hart by Maclain's Wife
Ride the Moon Down by Terry C. Johnston
Bride by the Book (Crimson Romance) by Kathryn Brocato
The Awakened Mage by Miller, Karen
Taste of Temptation by Moira McTark
Hansel and Gretel With the Sexual Hunter by Liz Adams
Crusade by ANDERSON, TAYLOR
Debutantes: In Love by Cora Harrison
Our partner