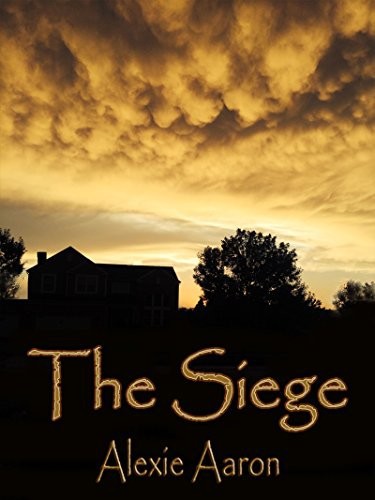 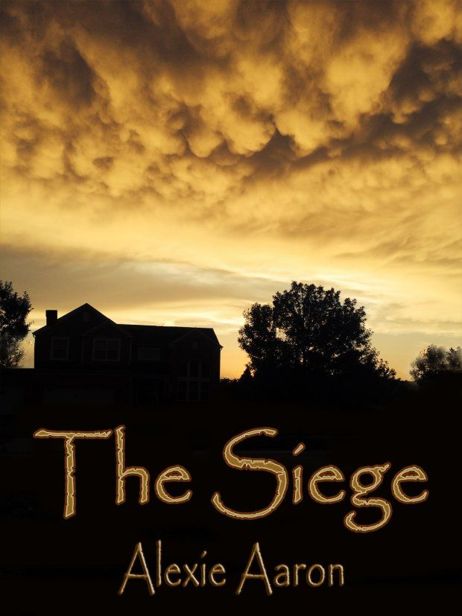 A
Haunted Series
Novel
by

This book is a work of fiction.  Names, characters, places and incidents either are products of the author’s imagination or are used fictitiously.  Any resemblance to actual events or locales or persons, living or dead, is entirely coincidental.

The Hauntings of Cold Creek Hollow

Things that Go Bump in the Night

I dedicate this book to my children, Kelly and Aaron.  They have taught me so much from where to place a comma to how to get through a horrible day and come out smiling.  And to my husband Jim who has never stopped believing in PEEPs. He slaps down my business card faster than Murphy swings his axe.

To all the readers who have reached out with encouragement or a slap on the wrist, thank you.  You are who the books are for.  Enjoy.

Dave flew past Cid and the camera as the room erupted in chaos.  The fledgling paranormal investigator hit the wall hard.  Audrey ran to assist the fallen sensitive but was restrained by a multitude of ribbons twisting around her ankles.  The wrapping room’s reels squealed, spinning wildly, the material torn from the bobbins, encircling first her limbs then her body.  Audrey fought the pull of the sateen and grosgrain but to no avail as they moved around her at an amazing speed. She tried to move against the swirling colors but became too dizzy and began to fall. Mike lunged and caught her before she hit the floor.  He pulled out his pocket knife and began cutting the ribbons as fast as he could, trying to stop the progression of the fibers as they relentlessly wound their way around her body, moving quickly towards Audrey’s neck.

“Burt, you better get in here. We need help!” Mike called out.  The cut ribbons fell around him like snow only to be replaced with more winding and twisting satins working their way around the two of them.

“Burt’s on his way,” Ted informed the team.

“Any word on Murphy?” Mike asked as the cupboard holding the wrapping paper burst open.

“Sent him into the house as soon as Dave hit the wall,” Ted reported.

Mike turned to see Dave being lifted off the ground.  The second-story window slid open.  There seemed to be a momentary tug of war going on.  He prayed it was Murphy on one end of the sensitive.  “Dave’s heading towards the open window,” Mike reported.  “Ted, you better get in here!  We’re up shit’s creek!”

Ted picked up the iPad and transferred the com to the thin device.  “Jake, activate Curly, and monitor all transmissions.”

The monitor flashed a brief assortment of saluting soldiers, generals, and, finally, President Obama saluting with a coffee cup, before bringing up the mobile bot’s program.

Ted took the stairs two at a time, ruing the morning when he’d sided with Burt that they didn’t need Mia there.  Dave Hult, the young sensitive, had the ability to see ghosts, and Burt and Mia had given him hours of training, but the young man was no match for poltergeists - neither were they.

Mia drew the afghan around her shoulders.  The loss of the late autumn sun had chilled the house.  She yawned, rising from the couch where she had been spending an hour flipping through the baby furniture catalogs Ralph had dropped by.  Mia carefully stepped around Maggie, their mixed-breed dog, who lifted her head, interested as to where her mistress was going.

Mia walked over to the thermostat in the hall and upped the setting from the programmed 68 degrees.  Normally she would have been gone during the evening with the rest of the PEEPs crew and wouldn’t have noticed the chill.  It was more than warm enough to keep Maggie comfortable, but Mia wasn’t equipped with a thick fur.  She headed into the kitchen and winced when the lights automatically lit as she passed the sensor.  Ted was economizing.  He had all the rooms of the house fitted with motion sensors.  They would turn on the overhead lights when a human would walk into a room and turn them off if there wasn’t any movement for ten minutes.  Many times, Mia had found herself suddenly in total darkness.  This was particularly inconvenient in the bathrooms.

She frowned at the empty coffee pot.  She’d already had her allotted two cups of coffee for the day. Mia lifted the box of herbal teas Cid had left her and thumbed through the selection, taking out something promising to energize her.  The sharp aroma of spices filled the air as Mia wrestled the mesh bag out of the packet.

“Where the devil is the little tab?” she asked, pulling the round disk from its container.  She made a face as she examined the dried leaves, berries and stems contained in the bag.  “If I wanted to drink the woods, I’d go suck a tree!” she said, shaking the bag in frustration.  It burst open, scattering the contents over the counter and onto the floor.  “Bloody hell,” she cursed, angling her large belly so she could see the extent of the spillage on the floor.  She put her hand on her stomach as the newest Martin let his displeasure be known for the sudden movement with a large kick.  “Hey, you, settle down.  Don’t make me come in there,” Mia said, patting her abdomen softly.  She worried that, at seven months pregnant, she was humungous.  Ted, her husband, was a tall fellow.  But she was assured by her mother-in-law that he was only eight pounds and twenty-two inches long at birth.  “At this rate, they are going to need a crane and a backhoe to deliver you, buster.”

Mia walked over to the mud room, grabbed the vacuum, and rolled it over to the largest concentration of tea.  She swept the rest of the contents of the spilt tea bag from the counter onto the floor.  Shoddy housekeeping, but who was watching?  She turned on the machine and rolled it over the mess.  A loud crunching sound filled the room when the beater brush pounded against the dried berry stems.  A nice aroma wafted upwards.  Mia stopped her vacuuming a moment to appreciate the scent.

The pulverized cloves and cinnamon sticks made her hungry.  She opened up the cookie jar and reached inside to find it empty.  Opening up the breadbox, she found that, aside from a few stale English Muffins, there wasn’t anything in there.  Mia, a true investigator, deduced that Ted had loaded the mobile command center with treats before he left.  This meant that Mia would either have to bake herself a treat or…  She smiled.  “Cid’s got to have something stored away,” she said to Maggie who wandered into the kitchen, puzzled that there wasn’t any bacon frying.  Maggie rounded the wooden table and stopped dead in her tracks.  Horror filled her as she backed away slowly.

“What’s the matter?” Mia asked as the dog ran out of the kitchen.  “Ouch!” Mia complained as she stubbed her toe on the forgotten vacuum.  “Oh, I get it.  Come on, Maggie, it’s not even on,” Mia complained as she rolled the vacuum back into the mud room and grabbed a jacket.  She wrestled on the non-maternity fleece and gave up after several tries at connecting the two halves of the zipper.  She pulled it off, tossed it on the floor and grabbed Ted’s sweatshirt.  Aside from the arms being too long and the material stretching tight over Mia’s bump, it would do.  The message,
I’m a Steam Punk
, rested over her baby bump.  She rolled up the sleeves and slid her feet into the UGGs her sister-in-law Hallie had given Mia at the baby shower last month.

Hallie proclaimed, when Mia examined the gift at arm’s length, that she herself couldn’t bend over to tie, zip or buckle any boots after her fifth month of pregnancy with her last child.  Mia had not been impressed with the bland super-slipper looks of the boots and had tossed the things at the back door, never intending to wear them.   But Hallie’s predictions were right, and Mia found herself, more and more, sliding her feet into the softness of the boots.  However, she still wished they weren’t adorned with pink soles.  Pink was not a look, the tough paranormal investigator cared to wear.

She opened the back door and waited for Maggie, who would brave the vacuum if it meant an unscheduled trip outside.  Mia flipped on the outside lights and made her way carefully down the porch steps, heading across the yard to the converted barn.  “Let’s go and see if Uncle Cid has any treats for us,” Mia said, patting the top of Maggie’s head.  They made their way over to the barn.  Maggie ran up the outside steps and danced on the small second-story deck, waiting for Mia.  Mia called up to the dog, “We better go in through the office. Cid has been locking his outside door, and I don’t have the key.”

Mia stopped suddenly, sensing something was amiss.  She whirled around and took in the shadow-filled yard.  The woods seemed to be closing in on the property.  She would ask Murphy in the spring if he could cut back some of the encroaching woodland.  She knew that the tender saplings that survived the winter would be relocated.  Murphy was hesitant to destroy any of the trees, but the berry bushes and other brush he would excise without a thought.

Mia caught a movement overhead.  A large great horned owl was out hunting.  Not that she wished the creature to miss a meal, but part of her wished for the safe return of the prey to their dens.  Mia knew all about the circle of life.  It wasn’t that she disagreed with it; she just didn’t want to be a witness to it.  The feeling of dread left her as suddenly as it had arrived.  It was as if a window that was open had slid shut.