Read The Skull and the Nightingale Online

The Skull and the Nightingale The Skull and the Nightingale

There is no difference to be found between the skull of King Philip and that of another man. 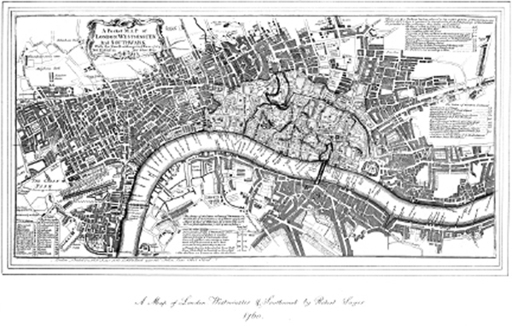 I
t was a breezy day in March when I returned to London from two years of travel, my age twenty-three, my prospects uncertain. I refreshed myself with coffee at the Roebuck before making my way to Fetter Lane, and the office of my godfather’s agent, Mr. Ward. Conceivably, this gentleman might be about to determine the future course of my life in twenty words. I paused at the entrance to his premises to assume unconcern.

He lurched up from behind his desk as ungainly as ever, a big fellow, with a head like a horse, and a gloomy eye.

“Good afternoon, Mr. Ward. I am glad to see you well.”

“Good afternoon, Mr. Fenwick. I have been expecting you.”

When we sat down there was a silence. I looked to him for more, but his large face was expressionless. Apparently it was for me to lead the way.

“I hope that my godfather is in good health.”

“I have heard nothing to the contrary.”

Mr. Ward had ever been a sparse talker. I tried again.

“Have you instructions for me?”

“I have. Your former lodging with Mrs. Deacon has been prepared for you. I will send to Mr. Gilbert tomorrow to let him know that you have returned.”

“You have nothing further to tell me?”

It seemed that the uncertainty was to continue.

“I shall, of course, be writing to him myself.”

“I had assumed as much, Mr. Fenwick.”

Old Long Chops was formal as an undertaker. Determined to strike a spark from him, I brightened into affability.

“Tell me, Mr. Ward, do you not find me wonderfully improved by my grand tour?”

He surveyed me grudgingly till a brief gleam lit his glum face.

“I see you are elegantly dressed, Mr. Fenwick. The other improvements may require a little more time to take in.”

It was a slight enough stroke, but it gratified him to the tune of a quarter smile. I felt sufficiently rewarded: but for my question he might not have tasted such merriment all week.

“You laugh at me, Mr. Ward,” said I ruefully, as though he were a jolly dog. “If I am to spend much time in London, I shall hope to show you the progress I have made.”

He ignored my hinted question.

“You do me too much honor, Mr. Fenwick. But if you speak to me in French, you will receive no reply.”

This second sally gave rise to the rare full grin, uncovering his big yellow teeth. I chuckled a response to confirm that we were on friendly terms. After all he might one day prove a useful ally. Knowing that I would learn no more, I took my leave.

At least the news had not been bad. There would be a period of suspense as messages went to and from Worcestershire: meanwhile all my possible futures still lay open. The lodgings in Cathcart Street would suit me well enough: I had stayed with Mrs. Deacon before leaving for France, and found her courteous and discreet. I could lie low in her house until I heard from my godfather, adjusting myself to English ways again and tuning my tongue to my native language.

W
hen I had exchanged courtesies with Mrs. Deacon and sent for my luggage, I sat down in my parlor to write a letter.

I returned to London this afternoon from the travels which you so generously enabled. Mr. Ward advised me that I should take my former lodgings with Mrs. Deacon and await your further instructions.

The last communication I received from you found me in Rouen, on the final stage of my journey home. You were at that time, you reported, in good health, and were kind enough to say that you looked forward to seeing me on my return. When we meet you will find me, I hope, better informed and a little less awkward. Your generosity would have been ill rewarded if that were not the case. In my letters to you I have attempted to convey something of what I have acquired. I can now converse fluently in French and tolerably well in German and Italian. My knowledge of the history, politics, and arts of the great European countries has been greatly enhanced.

When last in London, I was still something of a young country colt. I had exuberance without discipline, curiosity without direction. I hope my two years of travel have made me more reflective and purposeful. At the very least I am improved in deportment and address.

These claims may seem idle boasts. I would hope to make them good in conversation when I have the pleasure of seeing you—the godfather whose generosity to an orphan has done so much to improve his lot and widen his prospects.

I will remain in London and await further directions. Since a defined period of education has now come to an end, you may imagine that I look forward with eagerness and some little anxiety to hearing what advice you now have for me.

The composition of this grave epistle was accompanied by a facetious mental commentary. Much of the knowledge I had acquired related to activities that I would not have cared to discuss with my godfather. I was mimicking the cadences of respectability.

But I was dissatisfied with the letter even as I wrote it. It was too priggish, too fulsome: it lacked the playful touches that I fancied Mr. Gilbert relished. The two-year absence had put me out of practice: I looked to recover the appropriate tone when I saw my patron again and could adapt my conversation to his responses. Perhaps it had been advisable, at this stage, to err on the side of seriousness. He was a formidable old gentleman in his way, not to be taken for granted.

P
erversely pleased to be breathing smoky London air once more, I refused Mrs. Deacon’s offer to prepare me dinner and strode out through the teeming, noisy streets. The wind had strengthened, and the big shop signs were swinging and creaking overhead. My destination was Keeble’s steak house near the Strand, which in former days I had often visited with my friend Matt Cullen. With a nod of greeting I took a seat at a table three quarters full. It quickly struck me that my fellow diners were talking with particular animation and vigor. I concluded, rightly as I later learned, that this was one of the regular meetings of a Conversation Club. Without attending to what was said, I was content to be, once more, sitting in a haze of English words and phrases. I let the talk wash over me and fancied myself linguistically refreshed.

Whatever my future course, for the time being it was comfortable to be home. Weary from travel, I drank some wine to feed my reflections, and became pleasantly bemused. What would my godfather have to say to me? Where would I be two weeks hence? Was I to be condemned to rural life? The previous morning I had been conducting my business in French: would I ever have reason to speak that language again? Hereabouts my idle stream of thought circled into an eddy. I wondered in what corner of my skull the unspoken language would be stored. How could such multifarious knowledge, such haystacks of nouns and verbs, such ladders and bridges of number and gender, be folded away into an unseen space? I pondered the paradox until my head swam—indeed I must have been grinning at my own bewilderment, for a voice cried: “To judge by the smile, this young fellow is happy in his meditations.”

I came out of my reverie to see a dozen faces around me, chewing, drinking, talking, and laughing.

“Gentlemen,” I said, “you must excuse me. I was lost in thoughts about the mysterious operations of the human brain.”

“Beware!” cried one of the number. “I smell a virtuoso. Keep your headpiece out of his hands, or he’ll be at it with microscope and scalpel.”

“Never fear,” said I. “I am an idle speculator under the influence of wine.”

“Then fill your glass,” said another, “and take us with you.”

I had no great desire to converse, but it seemed churlish to stay silent.

“My thoughts were of this nature. If any one of our company were now to attempt to write down all the words he knew, he could spend the entire night in the undertaking. By the morning, with his task far from complete, the fruit of his labor would already be a thick wedge of manuscript. Yet his brain would need no replenishment. Where has he been storing this copious knowledge, now translated into a material mass? And how can he dispense it yet still retain it?”

The company seemed pleased by the problem. After a pause, someone said:

“As to the former question one might proceed by a course of elimination. To begin facetiously: my poor uncle lost three limbs at the Battle of Blenheim, yet his memory was unimpaired. It seems that the storage place you seek is to be found in the head or the torso.”

“There is no need for such questions or such reasoning,” cried another. “We already know that the mind is the seat of reason and memory.”

“Indeed we do,” said I. “But although I am no anatomist, I believe that the contents of the skull are as unmistakably material as the limbs the gentleman referred to. How are we to account for the unique receptivity of this particular physical organ, its spongelike capacity to contain words, concepts, and images?”

Several tried to speak, but were overridden by a bony fellow with a big voice.

“We discussed such matters a year ago. I posed questions similar to your own—and was denounced as a materialist and an atheist for my pains. But I refuted the charge very simply. The Almighty works miracles with material substance. If an acorn can contain a future tree, surely a human head can contain the contents of a dictionary?”

Fired up by now, I struck back: “You explain one mystery by appealing to another. If the unfathomable powers of omnipotence are to be invoked, there is an end to all debate.”

These words produced uproar, and during the heated exchanges that ensued I paid for my entertainment and slipped away.

It was a dark, boisterous night. I made my way back toward Holborn along busy thoroughfares, clutching my hat whenever I turned a corner into a gust of breeze. North of Lincoln’s Inn Fields the streets were quieter and but feebly lit. I was brought up short when a haggard girl stepped out suddenly from the end of an alley, crying: “Come this way, sir!”

Sally Berneathy - Death by Chocolate 03 - The Great Chocolate Scam by Sally Berneathy
A Deadly Draught by Lesley A. Diehl
Now You See Me by Rachel Carrington
Another way by Martin, Anna
Make Me Stay by M. E. Gordon
The Exhibitionist (The Submissive #6) by Tara Sue Me
Silver Mortal (The Gracen Chronicles) by Kay, Jenna
Lady Roma's Romance by Cynthia Bailey Pratt
The Glass Orchid by Emma Barron
Morgan's Law by Karly Lane
Our partner