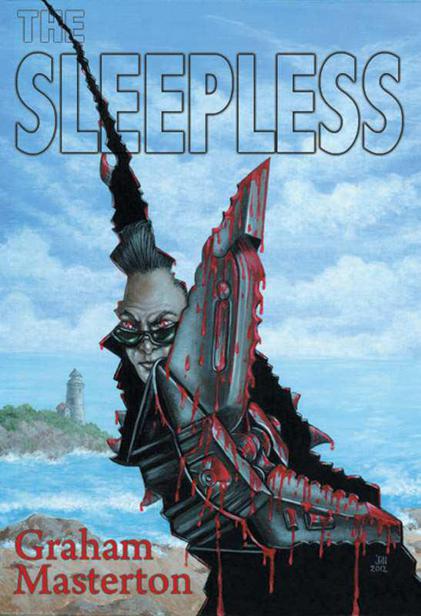 The characters and events in this book are fictitious.Any similarity to real persons, living or dead, is coincidental and not intended by the author.

John O’Brien stood in the reflected sunlight in front of his dressing-room mirror and adjusted his crimson-flowered Armani necktie. He did it with precision and ceremony, not only because he was always precise and always enjoyed ceremony, but because he knew that this would be the last time he would tie it as an ordinary mortal.

He tugged down his dark blue waistcoat so that it fitted more snugly, and tugged at his cuffs, too. He liked what he saw. He had always dressed well. His father had said, ‘You never know when you’re going to meet your Maker; so dress every morning as if today’s the day.’ His father had been wearing an Abercrombie & Fitch sports coat when he died of a heart attack two years ago, almost to the day.

Eva appeared in the mirror behind him, aristocratically handsome, in her primrose-yellow Eva Chun suit. ‘Is His Honour the Supreme Court justice ready yet?’ she smiled.

John stuck out his jaw and turned his head from side to side. ‘His Honour is ready, but His Honour isn’t officially a Supreme Court justice until His Honour is sworn in.’

‘His
Honour
is splitting hairs again,’ smiled Eva. She came up to him and twined her arms around his waist.

‘Hairsplitting is what I do, my darling. It’s my job. You know what it says in the Fourteenth Amendment. “No State shall deprive anybody of life, liberty or property without splitting every hair between here and Kalamazoo.” ‘

Eva smiled, and squeezed him, and kissed his shoulder. ‘You’re going to be the finest hair-splitter that ever was.’

‘I’m going to do my damndest,’ said John; and his voice was more serious now.

He slapped his stomach and grunted in amusement. ‘You mean the Supreme Court’s going to give
me
all of my guts back,’ John responded. ‘I’ve never had to eat so many lunches in the whole of my life.’ He paused, and then he said, ‘What do you think of this necktie? Not too showy, is it? Maybe I should wear the solid.’

‘It’s perfect! Showy, yes. But tastefully showy. Just like you.’

He laughed. Then, for a moment, they stood looking at each other in the mirror, pleased and proud. At the age of forty-eight, John was one of the youngest Supreme Court justices ever appointed – younger even than William Rehnquist when he was appointed by Richard Nixon in 1971. John was tall, well over six-feet-three, with wavy iron-grey hair and a broad, generously-featured face. He looked as if he had been hacked out of a single block of post oak by a sculptor who had gusto, exuberance, and terrific talent, but no truck at all with pernickety detail.

In spite of his craggy, virile, unfinished looks, however, John’s career credentials were flawless – the finest that family connections and a great deal of old Massachusetts money could buy. His late father was Senator Douglas O’Brien, Boston’s wealthiest and most outspoken politician since Joseph Kennedy. John and his two brothers had grown up in privileged and cultured surroundings, travelling, yachting, polo playing, skiing, and socializing everywhere that mattered from Monaco to Aspen. For his eighteenth birthday, his father had given him an Aston Martin custom-painted in O’Brien Green (still in the garage today) as well as $7.2 million in stocks and bonds. For his twenty-first birthday, his father had bought him this house – an ivy-fluttering redbrick English mansion overlooking the Charles River, with thirteen bedrooms, a small ballroom and a huge library.

Inside the library, there was over a mile of oak shelving and leather-bound law books. When he had first walked into it, John had closed his eyes and said, ‘If justice has a smell, this is it.’

Now, with the recent death from lung cancer of Supreme Court Justice Everett Berkenheim, and John’s appointment in Berkenheim’s place, he had reached that glory-gilded summit that he had always dreamed of – to be one of those nine men who nurtured and interpreted the US Constitution, a judge above all other judges.

Time
magazine, while understandably wary of John’s liberal politics – and particularly his dedicated opposition to the death penalty – had described him as ‘brave’ and ‘forthright’. Most of the time, yes, John
did
feel brave, and most of the time he
did
feel forthright. Sometimes he could even say that he felt courageous. He loved Eva more than ever: that tangled affair three years ago with his junior partner Elizabeth seemed to have strengthened their marriage, rather than damaged it. He was wealthy and he was fit, he had a pretty daughter and literally hundreds of friends, and every day seemed to be challenging and full of sunshine.

The only thing that ever caused him any anxiety was ‘Mr Hillary’.

‘Mr Hillary’ was only a minuscule blot in his life and yet he couldn’t erase it. It seemed petty, no more significant than a single pinprick of mould on a perfectly painted wall, but it never left him alone. Ever since childhood, his nights had constantly been haunted by a single terrifying image; an image that stood silent and cold in a remote corridor in the back of his mind. It was an image that was unreachable by day. In his late twenties he had tried hypnotism, and then he had two years of absurdly expensive psychoanalysis. But the image was inaccessible to his waking consciousness – even though he knew all the time that it was there.

It was the image of a man who stood watching and waiting, nothing more, a man with features as smudged as a Rorschach ink-blot. John couldn’t understand why, but the man’s appearance filled him with such a sense of dread that he would wake up bathed in sweat and gargling for breath. He never moved, this man; even when John – asleep, panicking –
begged
him
to move. He felt like screaming, ‘Come and get me! Get it over with! Do something! Do anything! But
do
it!’

But the image remained motionless, keeping its distance, keeping its silence, biding its own malevolent time. John knew for certain that it meant him harm. It might even be the image of his own death. When he was younger, he had believed that he might be able to come to terms with it, that he might be able to go to bed at night without fearing that he would come face to face with it yet again. But his fear never diminished, and the image never went away, and every so often, as he slept, he would find himself turning that terrible, grey, familiar corner, and there it was. Watching.

John had named this image ‘Mr Hillary’ while he was still a small boy. He didn’t know why – any more than he knew what ‘Mr Hillary’ really was. In the end he had come to accept that ‘Mr Hillary’ would always be there, as long as he lived, and would be watching and waiting for him when he died.

Eva said, ‘How about some coffee?’

John slipped on his gold Breitling Chronomat wristwatch. It read 10:28. By this time tomorrow morning, he thought, I’ll be Supreme Court Justice John O’Brien, and then the rest of my life will really begin. The glory years. The years of achievement and fame.

‘I don’t know about coffee,’ he said, turning around and kissing Eva’s forehead. ‘I don’t think I really need a caffeine jolt. I think I’m jittery enough as it is.’

‘Oh, come on, relax. The helicopter won’t be here for at least ten minutes yet. I had Madeleine brew up some of that new arabica blend from the Bentonwood Café.’

John shrugged on his coat, tugged at his shirt cuffs yet again, and then followed Eva down the curved oak staircase to the hall. The walls were oak-panelled, too, and hung with seascapes, including a huge painting of shark-fishing in the Caribbean by Winslow Homer, full of luminous greens and shimmering blues. Eva’s new shoes rapped sharply on the white tiled floor. The sun shone down through the pale-tinted stained-glass window over the porch. Madeleine was waiting for them in the doorway of the morning room, a dark-haired Quebequoise maid who had been recommended by Charles Dabney, one of the senior partners. John had wanted a much younger maid but Eva’s emotions had still been raw from his affair with Elizabeth, and she had been more than happy to take on an experienced domestic of a certain age like Madeleine, particularly since Madeleine walked with a slurring limp and sported a hairy mole on the left side of her chin.

The longcase clock in the hallway, as tall as a steeple, struck half-past ten, which meant that there were fewer than forty minutes to go.

Eva said, ‘We’ll be back Friday evening, Madeleine; about seven o’clock; and we’ll be going directly out to dinner with the Kochs. Could you lay out my green Versace and ask Newton to lay out His Honour’s tuxedo?’

‘And could you call Bloomingdale’s for me and ask what happened to that Courreges turtle I ordered? Speak to Lonnie, in Place Elegante, on two. And don’t forget those new napkin-rings, will you? They should be ready by now. Call Jackie at Quadrum. You have the number already, don’t you, all the fives.’

John sat down in one of the elegant yellow-striped colonial armchairs. The morning room was filled with sunshine, and sunshine was dazzlingly reflected from the polished floor. Madeleine poured him a cup of coffee, and he watched her and wondered what her mother and father had looked like, and what had attracted them to have her. Perhaps her mother had been beautiful, although he doubted it. Perhaps her father had been dashing. A violinist, an acrobat, a street sweeper. Who could tell?

Eva sat opposite him, elegantly cross-legged. ‘I’ve been thinking about our birthday party for Sissy,’ she said.

‘Oh, yes?’ He thought he could hear the distant
flacker-flacker-flacker
of a helicopter. Or maybe it was just the summer wind, blowing through the maples.

‘She wants a theme party, a kind of fifties beatnik party.’

John frowned at her. ‘She wants a beatnik party? You mean berets, and striped jerseys?’

It was a helicopter. It was very much louder now. A deep, throbbing undernote, and the
flacker-flacker-flacker
of rotor blades, curving over Riverdale and turning eastwards. This was it. His appointment with destiny. A short helicopter journey to Logan International Airport and then a Learjet flight to Washington. He checked his watch: it was 10:37.