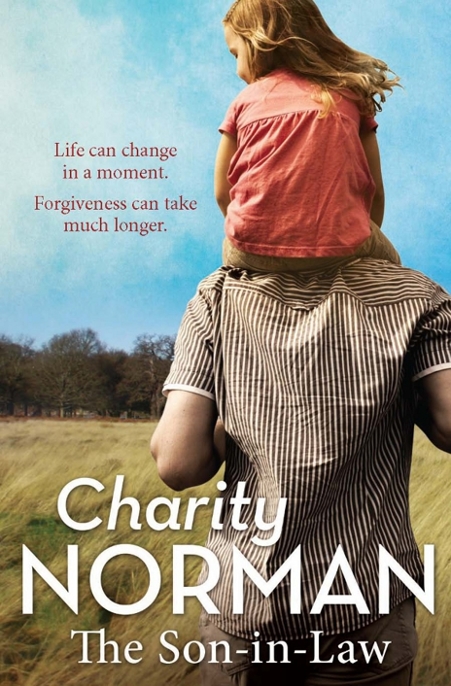 ‘A gripping story, which touches on the fragility of trust, the strength of love and, of course, second chances. This is Norman’s second novel. Her style is emerging as reminiscent of bestselling author Jodi Picoult.’
Sunday
Canberra Times

‘. . . a moving, character-driven saga which takes the reader on a journey of the heart.’
This Charming Mum

‘Charity hits the mark when it comes to describing family dynamics and social issues . . . The characters are believable and it’s easy to empathise with their plight.’
New Zealand Women’s Weekly

‘Jodi Picoult had better look over her shoulder—she’s got a new contender by the name of Charity Norman.’
The Sydney Morning Herald

‘Last month I heralded
Room
as the best novel in a decade, but hot on its heels—as strong a contender—is this wonderful story about a baby waiting to be claimed by either a bereaved teenage father or two utterly lovable characters who have tried everything and been unlucky. No-one is a villain here and the tale is satisfyingly complex and involving.’
Australian Country
Style

‘You will be intrigued and utterly delighted with this complex tale.
Freeing
Grace
ticks all the boxes for a fine narrative to entertain, and inform, you.’
Ballarat Courier

‘This is a compelling, accomplished and often dark debut that takes lots of twists and turns.’
West Australian

‘A compelling look at the nature of home and family.’
Who Weekly

For Tim
Thanks for all the banana cake.

In the Leeds Crown Court

Exhibit 53: Transcript of 999 call made by Scarlet Scott

SS: Um, can you please help? My mum’s lying on the ground.

Op: She’s lying on the ground? Is she conscious?

Op: Is she breathing?

SS: Dad, is she breathing?

Joseph Scott (in background): No, she’s not breathing, she’s
not breathing . . . Christ. Tell them there’s no pulse!

SS: She isn’t breathing, she hasn’t got a pulse.

SS (crying): Please tell them to hurry, she looks wrong.

Op: Who have you got with you?

SS: My dad and my brothers.

Op: Okay, I heard that. Help’s on its way, lights and sirens. I’m going to tell you exactly what to do, okay?

Op: Listen to me carefully and tell your dad.

Op: Is she flat on her back?

SS: Dad, she says to get her flat on her back. Okay, he’s done
that.

SS: No, there aren’t any. We’re in the living room.

Op: Tell him to check her mouth . . . Is there anything in
there, like food or vomit?

Op: Tell him to put the heel of his hand on her breastbone.

SS: She says put the heel of your hand on her breastbone.

Op: Put his other hand on top of that hand.

SS: Put your other hand on top of that one.

Op: Okay? He’s doing that? Now press down, pump her chest
about twice a second.

SS: She says pump her chest about twice a second.

Op: Is he pumping her chest now?

Op: How old are you, Scarlet?

Op: You’re doing so well. That music’s very loud, isn’t it? Could you turn it off?

SS: She says you have to pump rapidly, keep going till she says
to stop.

Op: Good girl. You’re doing so well. How old is your mum,
Scarlet?

Op: I need you to listen to me, Scarlet. Is your dad still
pumping her chest?

Op: Scarlet, listen, I need you to stay calm for me. Is he still
doing it?

Op: Okay. Your dad needs to keep going. How old are your
brothers?

SS: Theo’s seven and Ben is a baby.

Op: So what’s actually happened to her?

Op: You’re doing such a great job. Do you think Theo could
go to the door and look out for the ambulance?

Op: Okay. Are you in the front room? Can you see into the
road?

Op: Is the front door locked?

Op: The ambulance is almost there, and the police, okay? Is
your dad still doing the compressions?

Op: Is he still pumping her chest rapidly?

SS: Yes he is, but he’s crying and crying.

Op: Help should be with you any minute now.

Op: You’re being very brave, you can be proud of yourself.

SS: They’re here! I can see the lights outside.

Op: Can you go and let them in, Scarlet?

SS: Okay . . . (to paramedic) In here, quick, she’s in here. (Voices in background, unintelligible)
Op: Scarlet? The crew are with you are they?

SS: And some police.

SS (crying): Is my mum going to be all right?

My mother used to say her wedding day was like a fairytale. It was a blue and gold morning, and a million daffodils rippled beneath the city walls. She and my father were young, beautiful and crazy about each other.

‘Don’t let people tell you love isn’t like in the films, Scarlet,’ she said. It was one of those moments when she seemed to be surfing right on top of a foaming, frothing wave of happiness. ‘Why on earth shouldn’t it be? There
is
such a thing as happy ever after. People think it’s cool to scoff.’ She gave a little laugh, humming along to the jazz music she had playing on the stereo. ‘Miserable sods, I say.’

For some reason, that evening is one of my clearest memories of Mum. She smelled of . . . well, of Mum; her special sandalwood scent, and coffee and maybe wine. I’ve got one of her soft cardigans under my bed, and it still smells like her. If I press my face into it and shut my eyes, I can pretend it
is
her. I must have been about eight because Flotsam and Jetsam were kittens then, fluffy white pom-poms galloping across the bed. Ben wasn’t even born. Theo was lying on the floor, trying to read a baby book from the new entrants’ class at school. His tongue was sticking out.

Our parents were getting ready to go somewhere for the evening. Mum seemed thin and quick, like an elf, with her red-gold hair cut short and chic and a shining sweep of fringe to one side. When she was happy, as she was that night, she seemed to light everyone up. The music went right through her like an electric current. It made her dance, and her dress sparkled and flashed as she moved. When she sparkled her way past Dad, he pulled her into his arms—
gotcha!
he said—and they danced together. I thought they looked like film stars. Their legs moved at the same time, in the same direction, and they looked into one another’s eyes. Then he kissed her.

‘Do you believe in love at first sight?’ I asked when she sat down at the dressing table.

‘Absodiddly! It was love at first sight for Dad and me. He was my knight in shining armour, did you know that? He rescued me from a wicked knave, fought for my honour and carried me away.’

She laughed into the mirror as she stroked on her dark pink lipstick. It was as though she had a secret joke with the lady reflected there. I could see that mirror lady’s eyes. They were all colour, like glowing green glass in a pale face. ‘I was having a little trouble with a guy at a party.’