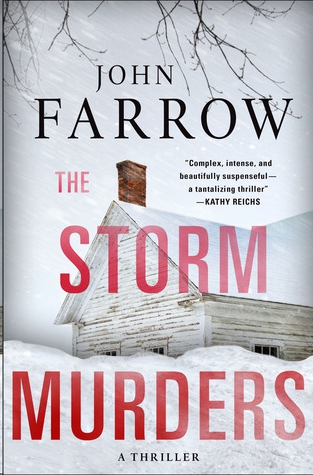 Zarathustra Said Some Things, No?

Minotaur books may be purchased for educational, business, or promotional use. For information on bulk purchases, please contact the Macmillan Corporate and Premium Sales Department at 1-800-221-7945, extension 5442, or write to [email protected]

and my kid brother, Jamie

The author thanks his agents, Carolyn Forde and Bruce Westwood, his current editor at Thomas Dunne Books, Marcia Markland, all past editors and publishers, readers who kept agitating for more of Cinq-Mars, and the poker boys for not taking too much off the table.

Sudden on the windshield, the sunlight was blinding. As the squad car emerged from a canyon formed by towering dense spruce onto a broad plateau of farmland, the officers inside the vehicle snapped down their visors. Wild gusts sculpted fields of fresh powder into rhythmic waves overnight, but as the storm passed the wind ceased. No trace of movement disturbed the distant view to the horizon, a seamless ocean of white lying perfectly still as though arrested at the moment of a tidal shift. Plows made a pass, yet the road remained slick with a glimmer of snow. The two cops fumbled for their sunglasses, neither for effect nor from any sense of police propriety, but the reflection off snow on a clear day under a cold snap in February created a brilliance more luminous than any summer’s noon.

The man riding shotgun scanned the horizon. He daydreamed of distant destinations, all south. His driver, silent also, remained intent on the soft shoulders as he slowed for a turn and steered up a long drive last cleared before the storm’s advent. Uniformly white, the road proved difficult to distinguish from its ditches. No tire tracks guided them to the farmhouse a half-mile in from the county highway.

A pale green two-story cottage ascended into view, its peaked roof adorned by gables. Nary a cloud in sight. White furnace smoke slipped from the chimney into a cerulean sky. Window frames were outlined in black trim, in contrast to the frilly lace curtains inside. The color of rust, the front door stood out.

The car pulled up behind a battered blue pickup that, half-buried by snow, was not readily identifiable. The men experienced the rapt peace of the place and braced themselves to feel a bone-brutal cold the second they bullied the doors open.

“The road to hell,” postulated the uniformed officer in the passenger seat, “is paved—well, why don’t you tell me with what?”

“Asphalt?” The driver raised his voice above the blast of the car’s heater. “Dude, it’s a real serious question.”

The rookie sighed, then obliged his partner. “Good intentions.” He knew he’d be wrong. Even when he was right his partner would change the premise of the question to make sure that he was wrong. His way of trying to be a useful instructor.

“In the real world,” the more senior cop remarked, “maybe. In our world—”

“Our world’s not real?” The rookie shut the motor off. Dead silence.

“What’s that supposed to mean?” He left the keys in the ignition.

“More real than real. Beyond reality.”

“So it’s not good intentions, in our world, that buys you a ticket to hell?”

“Good intentions will fuck a cop over, that’s true, but it’s not the worst thing. Dude, the worst thing is
hesitations
. In our world, the road to hell is paved with a long series of
gee whiz, let-me-think-about-this-for-a-second
hesitations.”

“So we should get out now,” the junior cop concluded. He was a smartass.

Thirty-one, the elder of the two was a five-year vet. The driver was twenty-three and confident, not only a rookie but as keen as a razor and possessed of sharpened ideals to match. The men stood in the frigid air. The car doors remained ajar, as if frozen in place by the shock of the cold.

Nothing moved. Even the smoke seemed still, painted onto this pristine canvas. Usually they worked in the countryside, but both cops were city boys who commuted to the job. The depth of this unrelenting stillness unnerved them.

“Fucking quiet,” the older one whispered, his voice scratchy in the dry air.

“Fucking cold,” the younger remarked. He could deal with the quiet.

Their breath was visible. Against the side of the barn stood a tractor, the steel blade of its plow gleaming in the sunlight. The reflection blinked on their dark green glasses.

“Yeah,” the senior officer concurred, and tacked on a grunt.

They slammed their doors simultaneously, a joint
kahjunk!
that wandered across the waves of snow and echoed in the distance against a stand of hardwood. The two men glanced around, but really there wasn’t much to see. The yard and the small barn’s exterior of bare wood appeared well-kempt. A farm without animals in winter. No place at all. Not a place where anything ever happened.

Except, they’d received a call.

The youngest took three steps toward the house.

“Where’re you going?” his partner demanded, coming around the car.

“Where do you think? To the house. I’m trying to not hesitate.”

Fifteen feet from the first stair the senior officer pressed his hand briefly against his partner’s near elbow, stopping him. “Ron,” he cautioned.

Swirls lay undisturbed up the stairs and across the windblown porch.

No one had come out that day. No one had gone in.

“Remember that for your report. Ours are the only footprints visible.”

“It’s in the cards, kid. Why not? Bound to happen someday.”

“Kid.” The younger man repeated that one word as a scoff.

“I don’t think you’re old enough to call me kid.”

Up the steps, the more junior officer rapped on the door.

No buzzer. No doorknocker.

“So you believe in fate, crap like that?” needled the rookie.

“It’s in the cards, you said. The cards. That means fate.”

No answer from inside. Ron the rookie knocked again. That pervasive silence.

“Figures,” the veteran officer decided. He crossed the porch to look in the window and put both hands on the glass to shield his eyes from the sunlight’s glare. Then he took his sunglasses off and tried again. Still difficult to see inside, to go from brightness into what’s dim. He stood there, awhile, searching.

“Fuck’s sake,” the senior cop said quietly, with some urgency. He unsnapped his holster cover and withdrew his pistol. “Call it in.”

“And say what?” Ron tapped the transmitter on his collar that relayed through the car’s two-way radio and requested a reply.

“We’re entering. Let them know. Possible medical. Ask them to stand by.”

Ron called it in, unbuckled his holster, and slipped his own weapon into his palm. He adjusted the unfamiliar weight in his hand.

For now, the steel felt warmer than the air. Strange, that.

The door was locked. A dead bolt. Smart, out here alone, and yet unusual for a farmhouse. Most folks never bothered. The older of the two raised his right boot and kicked the door hard. Then again. Nothing much happened. He’d never kicked down a door before. He began ramming it with his body, putting his shoulder into the task until the old wood started to splinter. Then another big kick.

They stumbled inside, weapons raised.

The two officers crept into the living room. The younger man whose name was Ron removed his sunglasses wishing he was privy to whatever his partner had seen, so he’d have a clue what to expect. He never imagined that in his first year on the job, in only his third month with this detachment, merely his second career posting, he’d be stepping around a hefty dog-eared brown sofa to view a man lying dead on a farmhouse floor. Relatively fresh-looking blood pooled out from the hefty man’s skull. He lay faceup staring at the ceiling, his mouth and eyelids agape. Even as his partner crept closer to the man and knelt down Ron knew that he was dead.

Had to be. All that blood. That vacant stare.

The stillness. The thrum of the furnace came on, the sound a blessing. A little white noise to fill the hollows in his head that felt cavernous now, as if his brain was being stretched wide. Ron consciously tightened his sphincter before the whole of his body loosened and disassembled. Talk about hyperreal, all right.

His partner continued checking around the corpse. He shouldn’t be touching it, but he knew that. “Marc?” Speaking quietly. “What’re you doing?”

The dead man looked armless. But he wasn’t.

His arms lay behind his back. More blood swam under him.

Marc rose from his crouch. “Tied up and shot. I think he’s missing a fucking finger. This is not just a murder. It’s a fucking assassination. Call it in.”

Ron did so. Glad for the task, and to hear back that help was on the way.

“He must’ve come and gone by the back door, in and out.”

“The killer, Ron. He must’ve come and gone by the back way. You saw the road, the snow. No footprints. Nobody’s moved. Let’s check it out. Stay alert.”

As an answer, Marc raised his pistol, aimed at the ceiling. Ron caught on and did the same. He’d never drawn his weapon on duty before. All he ever pulled out on the job was a booklet of tickets to nail a speeder.

The downstairs level was a warren, a contagion of cramped rooms and closets and a bare-bones, yet charming kitchen, so it took a few seconds to find the route to the rear of the house to manage a clear view outside. They scanned the yard, the field beyond and the gently rolling hills. Not even a coyote track. A few distant fences, but nothing disturbed the beauty of the storm’s overnight snowfall.

The furnace cut off, and they were returned to dead silence again.

“Check the side,” Marc ordered. The rookie crossed the room and took in the view from the window there. Not so much as a snowshoe print. If Ski-Doo trails existed out there, and they probably did, they lay buried.

“Nothing,” Ron reported. “The killer took off during the storm. Or before it.”

“The guy’s not been dead long enough.” Marc was whispering. “He’s warm. His blood—”

Without knowing the reason for it, the younger cop also lowered his voice to a hush. “How’s that possible?”

Marc’s voice was scarcely audible. “The killer’s still in the house.”

The rookie wanted to say, “What?” but swallowed the word. He got it. Adrenaline jumped through him even as he stood stock-still. He snapped out of it. On the balls of his feet he moved next to his partner. This time, he didn’t have to be told to keep his pistol raised.

“Downstairs rooms first. One at a time.”

“With a killer lurking around maybe? You want to sit still, wait to get shot?”