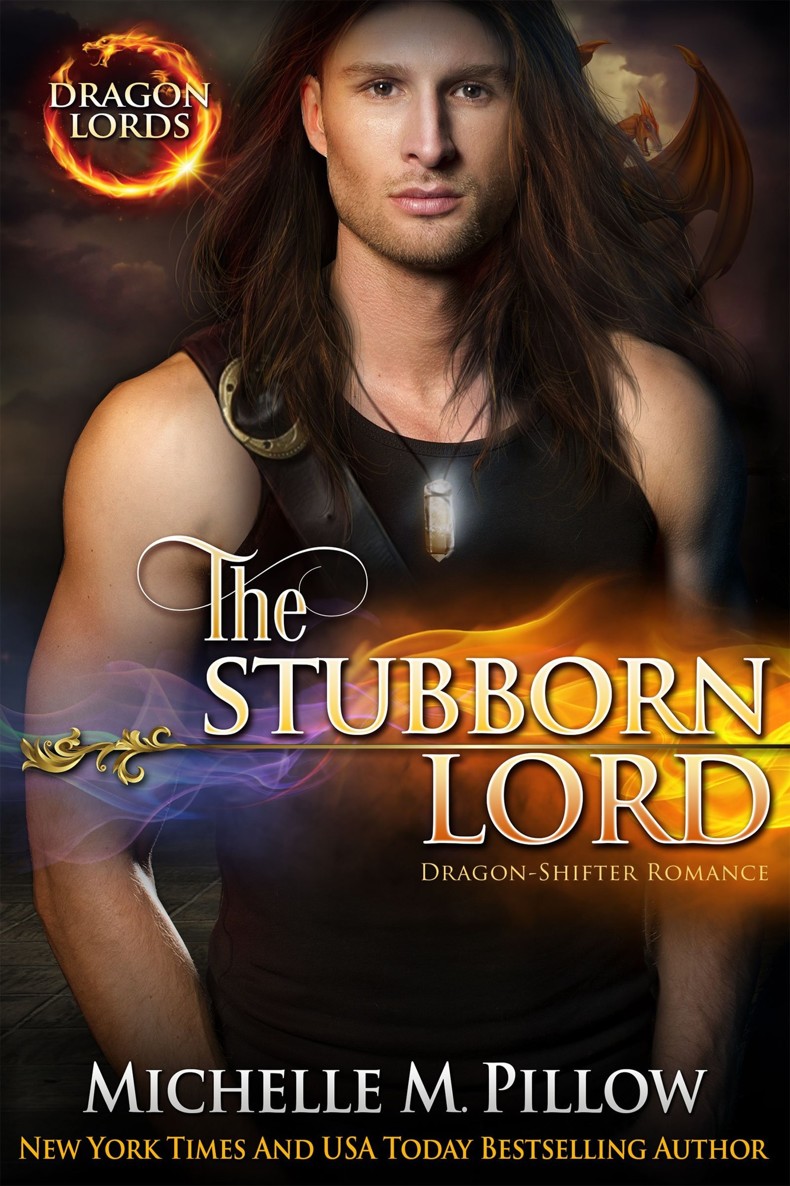 Other books by the Author

Check out the Dragon Lords’ Universe of Series

Excerpt from The Savage King

Final Line Edits by Dianne B

All books copyrighted to the author and may not be resold or given away without written permission from the author, Michelle M. Pillow.

This novel is a work of fiction. Any and all characters, events, and places are of the author’s imagination and should not be confused with fact. Any resemblance to persons, living or dead, or events or places is merely coincidence.

Wait a minute, what about Margot?!

Check out the Dragon Lords’ Universe of Series

About the Author, Michelle M. Pillow

Lords of the Var Series

The Savage King (Lords of the Var 1) by Michelle M. Pillow

Kendall Haven’s life turns upside down when she’s kidnapped off her fueling dock home by thugs claiming to have the right. Her father, the gambler, used her to cover his losses at the Larceny Casino Ship. Drugged and treated like cargo, she’s sold to the highest bidder—Galaxy Brides Corporation.

Landing on a primitive planet on the far edge of the universe, she has no intention of fulfilling her father’s contract—even if that contract includes marriage to a very handsome, very sexy, very intense barbarian of a man. He might be everything a woman fantasizes about, but he wants a little more than she can give.

Lord Alek, Younger Duke of Draig, has not been lucky in finding his life mate. Resigned to a lonely life, he attends the bridal ceremony out of familial duty. Then the impossible happens—Kendall. Nothing goes according to tradition, but he can’t let that dissuade him. She is his only chance at happiness, and no matter how she protests, he’s not going to let her get away.

The Noblemen brothers aren’t new to the sacred Qurilixian bridal ceremony. After several failed attempts at finding a bride, it’s hard to get excited about yet another festival. No matter how honorable they try to live, it would seem fate thinks them unworthy of such happiness—that is until now.

With very few words spoken and the shortest, most bizarre courtship in history, they will bond to their women forever. And once bonded, these men don’t let go.

Dragon Lords is the first installment in Michelle M. Pillow’s bestselling futuristic romance multi-series. The first four books center on the four Draig Princes, men who, unlike their cousins, have no problem with commitment as they enter their first ceremonies. Books 5-8 follow the lives and loves of the noble cousins, starting with the High Duke of Draig. The books can be read separately from the first installment of the series, though the author recommends reading the books in order.

The futuristic multi-series continues after the Dragon Lords with the Lords of the Var series, Space Lords series, Zhang Dynasty series, as well as the short stories Galaxy Playmates. For details or reading orders please visit www.michellepillow.com.

Click on following links to be taken to the
Amazon book page
!

His Highness The Duke

The Dragon Lords series continues with Lords of the Var.

Lords of the Var Series

About the Lords of the Var series:

The Var Princes were raised by a hard man who put no stock in love—especially love with one woman. Bred to never take a life mate, these men will do everything in their power to live up to the dead King Attor’s expectations and never fall in love.

Be sure to check out the other books in this futuristic world:
Space Lords
series, and the
Zhang Dynasty
series,
Galaxy Playmates
series —with many more books to come!

To learn more and to stay up to date on the latest book list visit
www.MichellePillow.com

To the fabulous editor extraordinaire Heidi Moore, Dianne B the final line editor, Natalie Winters the cover artist, and all the other wonderful people who helped this book see publication. As always, to my readers: You’re the best!

We love you, Rocky.

“Let me free!” Kendall Haven kicked her legs, violently trying to loosen herself from the grasp of her would-be kidnappers. Though they lifted her off the ground, she’d managed to wedge her feet and hands against the metal doorframe to her office. They had tried to heft her into the corridor head first.

“What do you think you are doing? There are security cameras all over this vessel. You won’t get away with this.”

It was a lie. The security cameras were nonfunctional and she’d been unable to fix them. Well, saying they were nonfunctional was just a polite way of describing what had really happened. Her father had lost a key part to the circuitry to some traveling casino workers in a game of chance.

“Sorry, Girl One Haven, this is a legally sanctioned repossession,” said the man struggling with her feet. “If you stop resisting, we will set you down and let you walk.”

“Repossession? I’m not a blasted spaceship.” She kicked harder. The fact that the two men wore dingy-gray salvage uniforms didn’t help calm her fears. “I owe no debts!” Then, seeing her father’s pale face in the corridor, hope filled her. He wouldn’t let these crazy men attack her.

The fueling dock was her home. She’d never lived anywhere else. The large ship circled the X quadrant at regular intervals to service nearby planets when not stationed at Deep Space Port X in docking lot 65J. Even docked, she rarely left the vessel unless it was to check fuel hoses or work the occasional fueling shift when a worker skipped out on his job. The space port was nothing more than a giant docking lot filled with a variety of ships. Travelers came to her home vessel for food, lodging and fuel. That was the extent of her socializing. This was all she knew.

“You are now casino property,” the man at her head explained.

Her father swayed lightly and blinked his liquor-addled eyes as he mumbled, “I’m sorry. I’m sorry. Forgive me. I’m sorry. I thought I could win you back. It was such a good hand. I shouldn’t have been able to lose. At least I didn’t give them Margot. She’s too young. You would have told me your sister is too young.”

For a moment, Kendall froze in shock, and the two men were able to carry her through the doorway into the corridor. As they neared her father, the man at her feet reached into his pocket to hand him a slip of paper. “Here is a copy of your receipt, Debtor Haven, don’t lose it. There is no electronic copy. Thank you for turning her over. The casino will resell the property and you are liable for any remaining debt. If the property sells for more than the debt, you will be issued space credits at the Larceny Casino Ship in the extra amount minus a processing fee. This does include the virtual gaming tables if you cannot make it onboard the ship.”

Her father actually seemed to smile for the briefest of moments as he took the paper in his shaking hands.

She didn’t think, merely acted out of fear. Taking advantage of the man’s distraction, Kendall kicked. She somehow managed to free herself from the repossession workers’ grasps by twisting and jerking. Her hip hit the metal floor first and she pushed up, half-running, half-limping toward freedom. She didn’t know where she was going, or how she would get off this floating space dock, but right now that didn’t matter. She would find a place to hide until she could grab Margot and get out of here. Or until she could figure out just how much money her father had lost. There were still things of value on the ship, things she’d hidden from her father, things she didn’t want to sell but could.

One of the men growled in frustration. The sound of their footfalls never reverberated behind her. They didn’t give chase. When she neared the platform grate that would take her down a level, she glanced back. She saw the blast of a tazer seconds before feeling the jolt of electricity inside her body, burning its way down to her feet. Her lips parted to scream and she began to pitch forward. She saw the metal steps coming toward her but couldn’t make her limbs move to block the fall as the world went black.

Bright lights flashed against Kendall’s eyelids, jerking her brain to consciousness. Her skin tingled with a familiar sensation, but she couldn’t readily determine the cause of the feeling. Streaks of warmth snaked across her flesh, her naked flesh,
completely
naked flesh. Stiffening, she gasped as she opened her eyes. A barrier blocked her face and she lifted her hands in automatic defense. Her fingers struck the blockade, her hands as trapped as her head. When she bent her knees and kicked her feet, the same thing happened. Green lasers flashed and slid over her body. Awareness pierced her confusion. She was in a medic unit getting a health scan. What had happened? Why did she need a medic? It must have been a serious accident for her father to have allowed for the expensive treatment.

Kendall started to call out for her father and little sister but stopped when she remembered what had happened. He’d turned her in to pay his gambling debts. So instead, she kept quiet and reached to the side, trying to find an opening to the unit. Her fingers found the cool of outside air and she wiggled them to feel around the small opening. The release latch wouldn’t move. She was locked inside. Desperate, she called out, “Hayo?”

Searching for Silverheels by Jeannie Mobley
Heart Broke (Hard Rock Roots Book 8) by C.M. Stunich
White Tiger by Stephen Knight
Tempest’s Legacy by Nicole Peeler
A Prayer for the Devil by Allan, Dale
Zoey Avenger (Incubatti Series Book 2) by Lizzy Ford
A Child of a CRACKHEAD II by Shameek Speight
Cash Out by Greg Bardsley
The Mandate of Heaven by Mike Smith
Swallowed (Devoured #2) by Hazel Kelly
Our partner