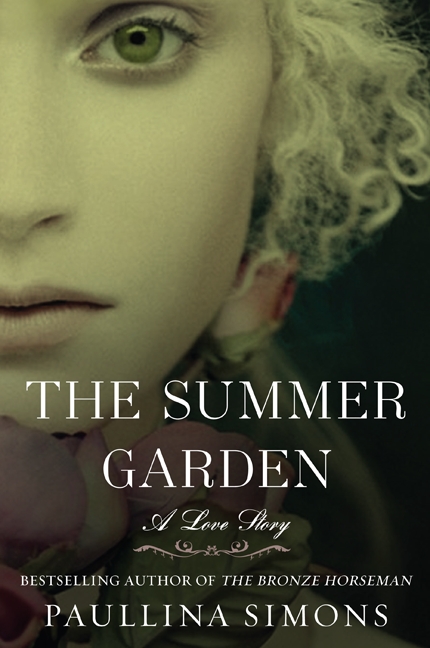 For Kevin, my own mystic guide

By the rivers of Babylon, there we sat down
,
Yea, we wept, when we remembered Zion
.

We hanged our harps upon the willows in the midst…
For there, they that carried us awa
y
captive required of us a song
,
And they that wasted us required of us mirth, saying
,
Sing us one of the songs of Zion
.

How shall we sing the Lord’s song in a strange land
?

The song of songs, which is Solomon’s.

The Song of Solomon

BOOK ONE: THE LAND OF LUPINE AND LOTUS

SECOND INTERLUDE: THE QUEEN OF SPADES

CHAPTER FOURTEEN The Man on the Moon

CHAPTER SIXTEEN In the Heart of Vietnam

BOOK ONE: THE LAND OF LUPINE AND LOTUS

The Lotos blooms below the barren peak

The Lotos blows by every winding creek…

Let us swear an oath, and keep it with an equal mind,

In the hollow Lotos-land to live and lie reclined

On the hills like gods together, careless of mankind.

Carapace n. a thick hard case or shell made of bone or chitin that covers part of the body of an animal such as a lobster.

O
nce upon a time, in Stonington, Maine, before sunset, at the end of a hot war and the beginning of a cold one, a young woman dressed in white, outwardly calm but with trembling hands, sat on a bench by the harbor, eating ice cream.

By her side was a small boy, also eating ice cream, his a chocolate. They were casually chatting; the ice cream was melting faster than the mother could eat it. The boy was listening as she sang “Shine Shine My Star” to him, a Russian song, trying to teach him the words, and he, teasing her, mangled the verses. They were watching for the lobster boats coming back. She usually heard the seagulls squabbling before she saw the boats themselves.

There was the smallest breeze, and her summer hair moved slightly about her face. Wisps of it had gotten out of her long thick braid, swept over her shoulder. She was blonde and fair, translucent-skinned, translucent-eyed, freckled. The tanned boy had black hair and dark eyes, and chubby toddler legs.

They seemed to sit without purpose, but it was a false ease. The woman was watching the boats in the blue horizon single-mindedly. She would glance at the boy, at the ice cream, but she gawped at the bay as if she were sick with it.

Tatiana wants a drink of herself in the present tense, because she wants to believe there is no yesterday, that there is only the moment here on Deer Isle—one of the long sloping overhanging islands off the coast of central Maine, connected to the continent by a ferry or a thousand-foot suspension bridge, over which they came in their RV camper, their used Schult Nomad Deluxe. They drove across Penobscot Bay, over the Atlantic and south, to the very edge of the world, into Stonington, a small white town nested in the cove of the oak hills at the foot of Deer Isle. Tatiana—trying desperately to live only in the present—thinks there is nothing more beautiful or peaceful than these white wood houses built into the slopes on narrow dirt roads overlooking the expanse of the rippling bay water that she watches day in and day out. That is peace. That is the present. Almost as if there is nothing else.

But every once in a heartbeat while, as the seagulls sweep and weep, something intrudes, even on Deer Isle.

That afternoon, after Tatiana and Anthony had left the house where they were staying to come to the bay, they heard loud voices next door.

Two women lived there, a mother and a daughter. One was forty, the other twenty.

Would that they fought.

Alexander didn’t raise a semitone of his voice to her. If he spoke to her at all, it was never above a moderated deep-well timbre, as if he were imitating amiable, genial Dr. Edward Ludlow, who had been in love with her back in New York—dependable, steady, doctorly Edward. Alexander, too, was attempting to acquire a bedside manner.

He wasn’t participating in the fighting either. As Anthony and Tatiana came out to the road, they saw him parked in his wheelchair in the overgrown front yard, sitting in the Maine sun like a bush while his wife and daughter hollered inside. Tatiana and Anthony slowed down as they neared his yard.

“He was hurt in the war.” He had no legs, no arms, he was just a torso with stumps and a head.

“Can he speak?” They were in front of his gate.

Suddenly the man said in a loud clear voice, a voice accustomed to giving orders, “He can speak but he chooses not to.”

Anthony and Tatiana stopped at the gate, watching him for a few moments. She unlatched the gate and they came into the yard. He was tilted to the left like a sack too heavy on one side. His rounded stumps hung halfway down to the non-existent elbow. The legs were gone
in toto
.

“Here, let me help.” Tatiana straightened him out, propping the pillows that supported him under his ribs. “Is that better?”

“Eh,” the man said. “One way, another.” His small blue eyes stared into her face. “You know what I would like, though?”

“A cigarette. I never have one anymore; can’t bring it to my mouth, as you can see. And they”—he flipped his head to the back—“they’d sooner croak than give me one.”

Tatiana nodded. “I’ve got just the thing for you. I’ll be right back.”

The man turned his head from her to the bay. “You won’t be back.”

“I will. Anthony,” she said, “come sit on this nice man’s lap until Mama comes back—in just one minute.”

Anthony was glad to do it. Picking him up, Tatiana placed him on the man’s lap. “You can hold on to his neck.”

After she ran to get the cigarettes, Anthony said, “What’s your name?”

“Colonel Nicholas Moore,” the man replied. “But you can call me Nick.”

Tatiana returned and, lighting the cigarette, held it to Nick’s mouth while he smoked with intense deep breaths, as if he were inhaling the smoke not just into his lungs but into his very core. Anthony sat on his lap, watching his face inhale with relief and exhale with displeasure as if he didn’t want to let the nicotine go. The colonel smoked two in a row, with Tatiana bent over him, holding the cigarettes one by one to his mouth.

Anthony said, “My dad was a major but now he’s a lobsterman.”

“My dad was a major
and
a captain,” said Anthony. “We’re gonna get ice cream while we wait for him to come back to us from the sea. You want us to bring you an ice cream?”

“No,” said Nick, leaning his head slightly into Anthony’s black hair. “But this is the happiest fifteen minutes I’ve had in eighteen months.”

At that moment, his wife ran out of the house. “What are you doing to my husband?” she shrieked.

“You won’t be back,” said Nick, gaping after her.

Now they were sitting on the bench eating ice cream.

Soon there was the distant squawk of gulls.

The boat was a twenty-foot lobster sloop with a headsail, though most fishing boats were propelled by gas motors. It belonged to Jimmy Schuster, whose father, upon passing on, passed it on to him. Jimmy liked the boat because he could go out in it and trawl for lobsters on his own—a one-man job, he called it. Then his arm got caught in the pot hauler, the rope that pulls the heavy lobster traps out of the water. To free himself, he had to cut off his hand at the wrist, which saved his life—and him from going to war—but now, with no small irony, he needed deckhands to do the grunt work. Trouble was, all the deckhands had been in Hürtgen Forest and Iwo Jima the last four years.

Ten days ago Jimmy had got himself a deckhand. Today, Jimmy was in the cockpit aft, and the tall silent one was standing pin straight, at attention, in orange overalls and high black rubber boots, staring intently at the shore.

Tatiana stood from the bench in her white cotton dress, and when the boat was close enough, still a bay away, she flung her arm in a generous wave, swaying from side to side. Alexander, I’m here, I’m here, the wave said.

When he was close enough to see her, he waved back.

They moored the boat at the buyers’ dock and opened the catches on the live tanks. Jumping off the boat, the tall man said he would be right back to off-load and clean up and, rinsing his hands quickly in the spout on the dock, walked up from the quay, up the slope to the bench where the woman and the boy were sitting.

The boy ran down to him. “Hey,” he said and then stood shyly.

Striking the Balance by Harry Turtledove
The Secret Art of Forgiveness by Louisa George
Above the Harvest Moon by Rita Bradshaw
Sinful Suspense Box Set by Oliver, Tess
Oxygen Deprived (Kilgore Fire Book 3) by Lani Lynn Vale
Security by Mike Shade
A Week for Love to Bloom by Wolfe, Scarlet
Taking Chances by John Goode
Encyclopedia Brown and the Case of the Disgusting Sneakers by Donald J. Sobol
Grill Me, Baby by Sophia Knightly
Our partner