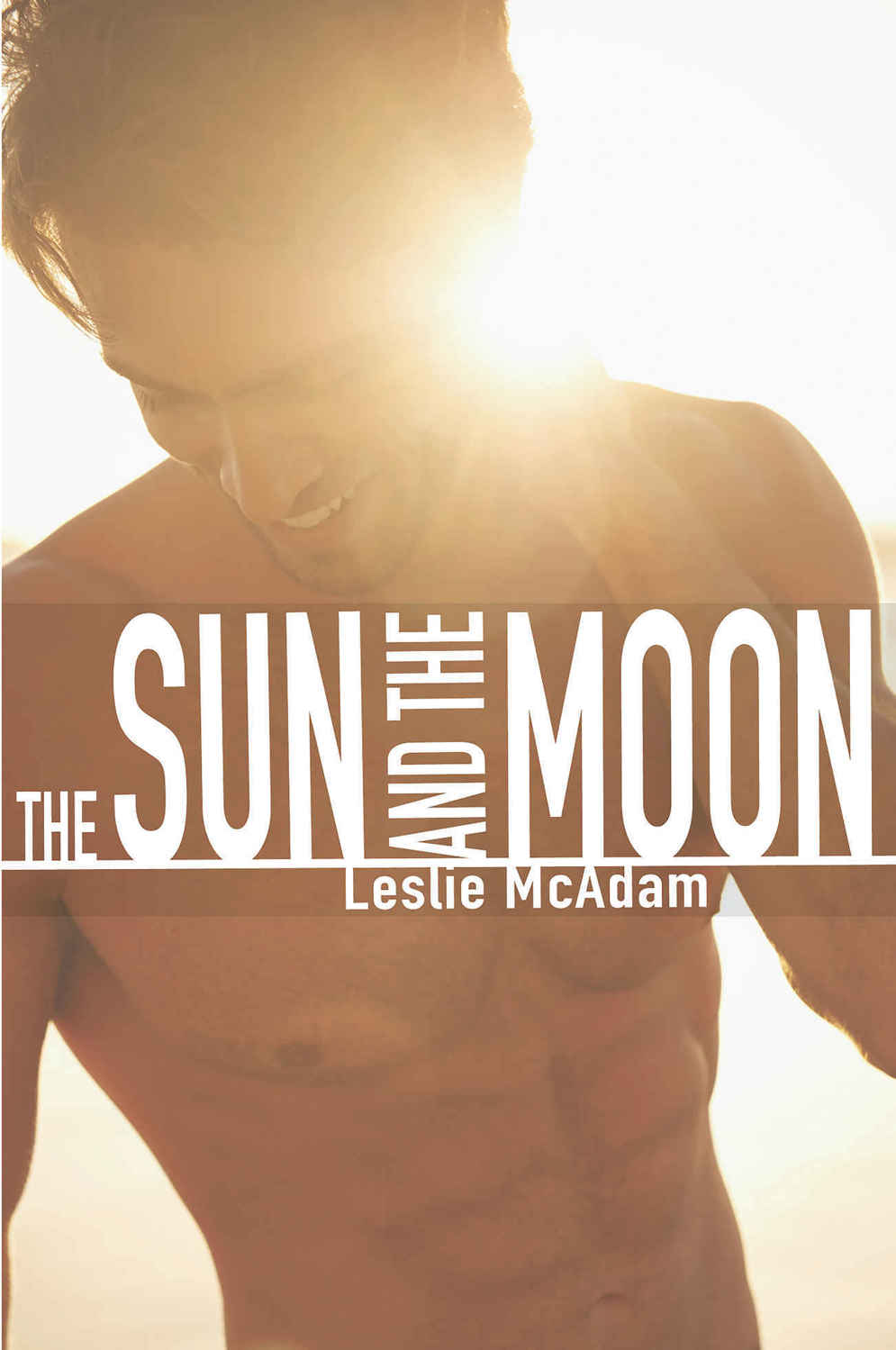 Preview of The Stars in the Sky

All rights reserved. This book or any portion thereof may not be reproduced or used in any manner whatsoever without the express written permission of the publisher except for the use of brief quotations in a book review.  This is a work of fiction.  Any resemblance to actual living or dead persons, businesses, events, or locales is purely coincidental.

"Things go and things happen and you're there, I guess." —Rob Machado

My thanks and love to:

My husband and my children, for allowing me time to write and for not asking too many questions;

My brother, Nelson Wells, for understanding;

My parents, for not reading what I write;

MAV, PM, and Laura Victoria Kline Bartels (my Marie), for literally saving my life in February 2014;

James R. Dobbins, Jr., for getting me past the wall;

Theresa Robledo, for flowers and for dishing, regularly;

Ari Larson, Dena Wyand, and Mary-Allyn Garcia, for believing that I was a writer when I didn’t believe it myself;

J.D. Hawkins, for inspiration and for listening to my stories;

Kristy Lin Billuni of www.sexygrammar.com, for getting me out of the writer’s closet and for holding my hand;

Amanda Billuni, for the introduction and for a long, lovely history;

Maxine Donner, for adding commas and for having my back, always;

BG Davies, for telling me that I didn’t need commas;

Catherine Bibby of Rochelle’s Reviews, for taking a chance on me and for my first blog review;

Candi Kane of the Dirty Laundry Blog, for auto-correct fails;

Heather Lynne of Obsessed with Myshelf, for being my spirit animal;

Jen McCoy of the Literary Gossip, for my first shout out;

Jerica MacMillan, for editing assistance, although all errors are mine;

My beautiful family, colleagues, and friends, for love and friendship; and

I love you all

Not All Accountants Drive Harleys

HE PANTED OVER ME,
sweat beading on his forehead, his veins straining in his neck. I grasped his smooth, naked back, and then his ass, while he thrusted into me. I faked a moan and kissed his ear. He groaned loudly. I let go and ran my hands through his soft, light brown hair.

I just wasn’t into this. I’d a better chance of getting an orgasm in the NARS aisle at Sephora. There, an "orgasm" was a certainty, after I handed over my credit card for an overpriced powdered blush, in a pinky-peach color, called ORGASM. Here, it was a crapshoot. But I’d decided to try it tonight, after putting him off for three months, hoping that it’d be worth it. He was really sweet at dinner. It was a good dinner. The champagne was nice. I thought the sex would be good.

It wasn’t. Goddamn it. Goddamn him. Goddamn me. Goddamn the antidepressants.
I was entitled to an orgasm
. But the pills made it hard for me to come. I didn't think it was impossible, though. Dr. Google and Dr. WebMD said it could happen. So now I was pissed and blaming him and me for not doing this well, but I decided to hide my anger with a gasp, which he interpreted, incorrectly, as something like pleasure or enthusiasm.

So he gripped my ass, and thrusted faster and harder. Harder was okay with me, but it didn’t hit the right spots. And I wasn’t sure that I could guide him to the right spots if he asked. I made the decision, then, to just get this over with. Not only the sex but also the relationship. It was a relationship with a little "r" anyway, not a big "R." I could kick him out right now, but that was kind of a shit maneuver. I mean, I invited him here to do this. I wanted to try it. This wasn’t my first time in bed with a man. But right now, I didn’t have the energy to talk with him and tell him what I wanted. I didn’t want to explore. I didn’t want to communicate. I just wanted to be over and done with this night.

My mind wandered. I was bored and distracted. I knew that I was supposed to be into it—all consumed, all lust and climaxing and shit like that. But no, as he moved, I looked at the ceiling of my 1927 Santa Barbara adobe, darkening in the dusky sky. I noticed patterns in the white plaster.  The room was getting really dark. I never had sex in the full light because I didn’t want any questions about my scars. Yet another reason why I put this off.  I exhaled.

One of the channels was having a Harry Potter marathon.

I wish I’d gone to Hogwarts instead of law school.

Wait. Focus. Sex. We're having sex. I was doing it with Paul. He was cute and nice. He had lovely, soft skin and a shy smile. And he was an accountant.

Okay, so he was bad in bed.

Whoever said that sex was like pizza—even when it's bad, it's good—was a big fat liar. There was such a thing as bad sex. And bad pizza. I ought to know.  I swear, if a man could make me orgasm—even if I had to break my Rules and do it myself—I’d stay with him for life.

At this point, I didn’t think that I could turn this into good, or even slightly pleasant sex, nor did I want to.  It was all my fault for being a closet romantic.

Don’t ask me where I’d got it, but I had this impression that accountants were really bad boys who secretly rode Harleys on weekends, with, well, a naughty side, which would be unleashed once they got an erection. Not Paul. He was sweet, but not passionate. Kind, but socially and emotionally clueless. He seemed genuinely perplexed by me and my sense of humor. I’d caught him looking at me like he couldn’t quite figure me out. He was good looking, but bland. Not particularly small, but not particularly big—in every way that you could imagine. He dressed well, but not flashy. He had a nice car, but not too nice. He listened. He was polite. He treated me nicely.

But there was no spark. My heart didn’t beat harder when I saw him.  I’d finally figured out that he wasn’t hard to figure out: there was just no romantic, secret, passionate side to Paul the accountant.

The bottom line was, he liked taxes. Well, he liked figuring out how to get away with legally not paying taxes, and telling me about it in intricate detail. That was his passion. Sex? Not so much. I’m a lawyer, and I love me a loophole, but give me a break.

I’d thought this through logically: he was a guy, so he must like sex, and getting him naked would allow me to find out how much he liked sex, and maybe get an orgasm that wasn’t an expensive powdered blush. But now that I was experiencing the naked side of Paul, I’d found out that fucking wasn’t his strong point.

But he was also safe.  There was no chance of him finding out about my Rules and therefore breaking them, because he didn’t question me when I asked to do it missionary.  He just strapped on the condom and started thrusting.  That was a relief.

In case you were wondering, these are my Rules:

1. No sex in the daylight. Or any type of light.

5. No submission. I am always in control.

7. No spending the night, so I never do the walk of shame. And no one spends the night at my place.

The Year We Were Famous by Carole Estby Dagg
The Opposite of Wild by Gilmore, Kylie
Embrace Me by Ann Marie Walker
Northwest Smith by Catherine Moore
A Whisper of Rosemary by Colleen Gleason
The Revelation by Mj Riley
Animales fantásticos y dónde encontrarlos by J.K. Rowling
The Ultimate Hairstyle Handbook by Smith, Abby
Royal Protocol by Christine Flynn
La Forja by Margaret Weis & Tracy Hickman
Our partner