Read The Sun Down Motel Online

The Sun Down Motel 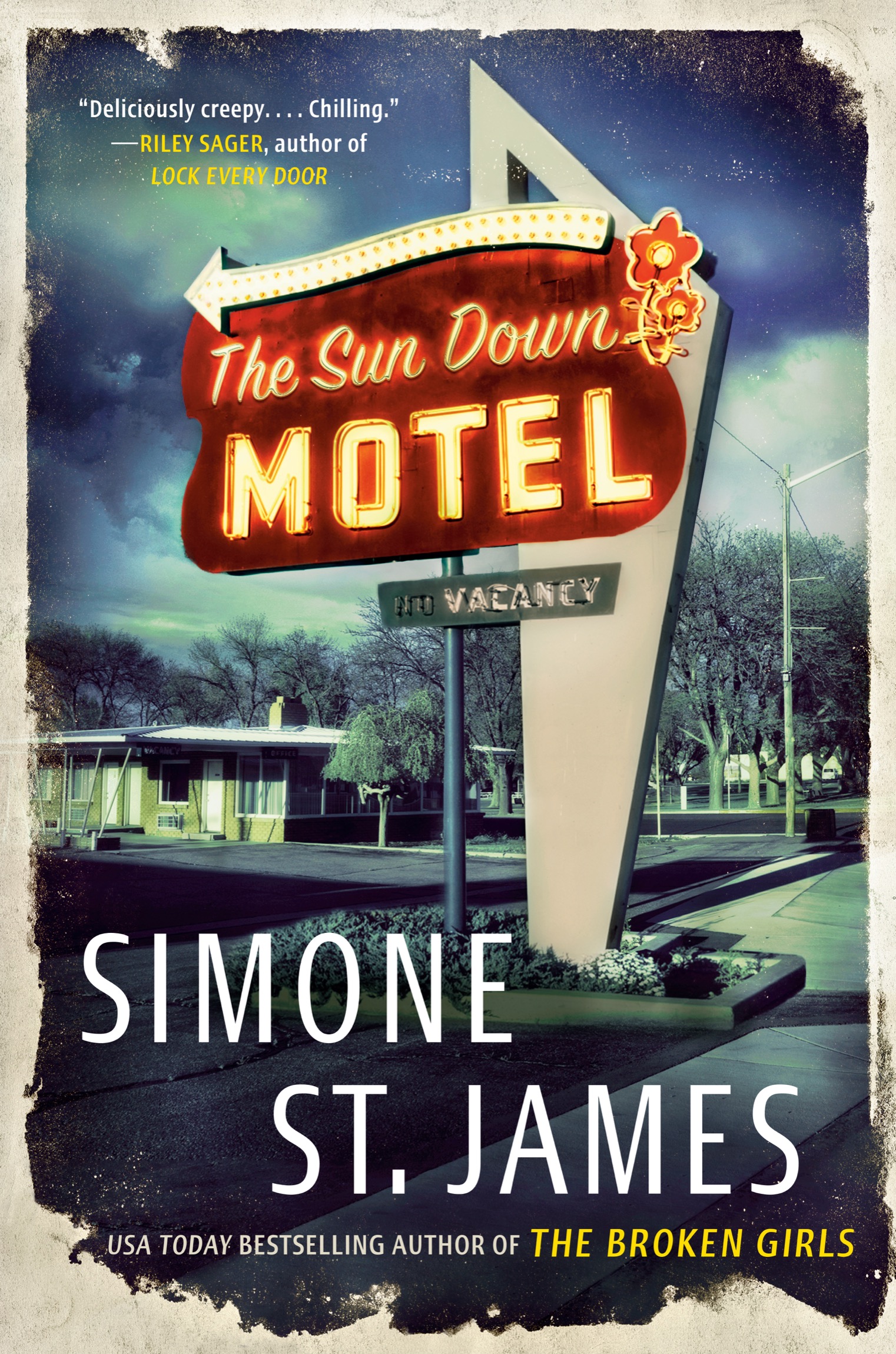 The Haunting of Maddy Clare

An Inquiry into Love and Death

Silence for the Dead

The Other Side of Midnight

Lost Among the Living 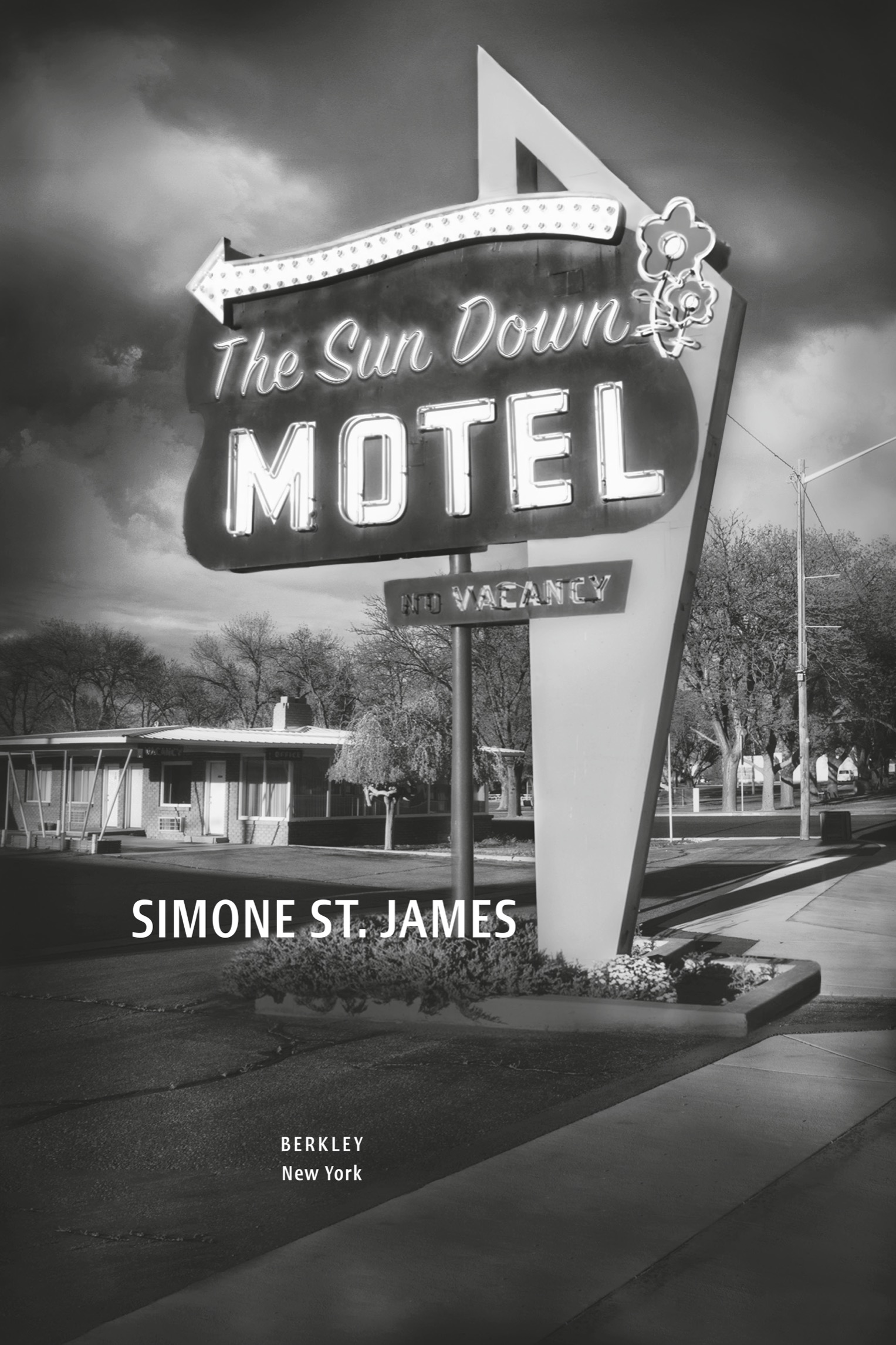 Penguin Random House supports copyright. Copyright fuels creativity, encourages diverse voices, promotes free speech, and creates a vibrant culture. Thank you for buying an authorized edition of this book and for complying with copyright laws by not reproducing, scanning, or distributing any part of it in any form without permission. You are supporting writers and allowing Penguin Random House to continue to publish books for every reader.

BERKLEY and the BERKLEY & B colophon are registered trademarks of Penguin Random House LLC.

For the odd girls, the nerdy girls, and the murderinos. This one is
yours.

The night it all ended, Vivian was alone.

That was fine with her. She preferred it. It was something she’d discovered, working the night shift at this place in the middle of nowhere: Being with people was easy, but being alone was hard. Especially being alone in the dark. The person who could be truly alone, in the company of no one but oneself and one’s own thoughts—that person was stronger than anyone else. More ready. More prepared.

Still, she pulled into the parking lot of the Sun Down Motel in Fell, New York, and paused, feeling the familiar beat of fear. She sat in her beat-up Cavalier, the key in the ignition, the heat and the radio on, her coat huddled around her shoulders. She looked at the glowing blue and yellow sign, the two stories of rooms in two long stripes in the shape of an L, and thought,
I don’t want to go in there. But I will
. She was ready, but she was still afraid. It was 10:59 p.m.

I don’t want to go in there.

But I will. Because I always do.

Outside, two drops of half-frozen rain hit the windshield. A truck droned by on the road in the rearview mirror. The clock ticked over to
eleven o’clock, and the news came on the radio. Another minute and she’d be late, but she didn’t care. No one would fire her. No one cared if she came to work. The Sun Down had few customers, none of whom would notice if the night girl was late. It was often so quiet that an observer would think that nothing ever happened here.

The Sun Down only looked empty. But it wasn’t.

With cold fingers, she pulled down the driver’s-side visor. She touched her hair, which she’d had cut short, a sharp style that ended below her earlobes and was sprayed out for volume. She checked her eye makeup—not the frosty kind, like some girls wore, but a soft lavender purple. It looked a little like bruises. You could streak it with yellow and orange to create a days-old-bruise effect, but she hadn’t bothered with that tonight. Just the purple on the delicate skin of her lids, meeting the darker line of her eyeliner and lashes. Why had she put makeup on at all? She couldn’t remember.

On the radio, they talked about a body. A girl found in a ditch off Melborn Road, ten miles from here. Not that
here
was anywhere—just a motel on the side of a two-lane highway leading out of Fell and into the nothingness of upstate New York and eventually Canada. But if you took the two-lane for a mile and made a right at the single light dangling from an overhead wire, and followed that road to another and another, you’d be where the girl’s body was found. A girl named Tracy Waters, last seen leaving a friend’s house in a neighboring town. Eighteen years old, stripped naked and dumped in a ditch. They’d found her body two days after her parents reported her missing.

As she sat in her car, twenty-year-old Viv Delaney’s hands shook as she listened to the story. She thought about what it must be like to lie naked as the half-frozen rain pelted your helpless skin. How horribly cold that would be. How it was always girls who ended up stripped and dead like roadkill. How it didn’t matter how afraid or how careful you were—it could always be you.

Especially here. It could always be you.

Even after three months in this place, she could still be scared. Awfully, perfectly scared, her thoughts skittering up the back of her neck and around her brain in panic.
I’m alone for the next eight hours, alone in the dark. Alone with her and the others.

And despite herself, Viv turned the key so the heat and the radio—still talking about Tracy Waters—went off. Lifted her chin and pushed open the driver’s-side door. Stepped out into the cold.

She hunched deeper into her nylon coat and started across the parking lot. She was wearing jeans and a pair of navy blue sneakers with white laces, the soles too thin for the cold and damp. The rain wet her hair, and the wind pushed it out of place. She walked across the lot toward the door that said
OFFICE
.

Inside the office, Johnny was standing behind the counter, zipping up his coat over his big stomach. He’d probably seen her from the window in the door. “Are you late?” he asked, though there was a clock on the wall behind him.

“Five minutes,” Viv argued back, unzipping her own coat. Her stomach felt tight, queasy now that she was inside.
I want to go home.

But where was home? Fell wasn’t home. Neither was Illinois, where she was born. When she left home for the last time, after the final screaming fight with her mother, she’d supposedly been headed to New York to become an actress. But that, like everything else in her life to that point, had been a part she was playing, a story. She had no idea how to become a New York actress—the story had enraged her mother, which had made it good enough. What Viv had wanted, more than anything, was to simply be in motion, to go.

So she’d gone. And she’d ended up here. Fell would have to be home for now.

“Mrs. Bailey is in room two-seventeen,” Johnny said, running down the motel’s few guests. “She already made a liquor run, so expect a phone call anytime.”

“Great,” Viv said. Mrs. Bailey came to the Sun Down to drink, probably because if she did it at home she’d get in some kind of trouble. She made drunken phone calls to the front desk to make demands she usually forgot about. “Anyone else?”

“The couple on their way to Florida checked out,” Johnny said. “We’ve had two prank phone calls, both heavy breathing. Stupid teenagers. And I wrote a note to Janice about the door to number one-oh-three. There’s something wrong with it. It keeps blowing open in the wind, even when I lock it.”

“It always does that,” Viv said. “You told Janice about it a week ago.” Janice was the motel’s owner, and Viv hadn’t seen her in weeks. Months, maybe. She didn’t come to the motel if she didn’t have to, and she certainly didn’t come at night. She left Vivian’s paychecks in an envelope on the desk, and all communication was handled with notes. Even the motel’s owner didn’t spend time here if she could help it.

She was used to this. No one else who worked at the motel saw what she saw or experienced what she did. The things she saw only happened in the middle of the night. The day shift and the evening shift employees had no idea.

“Hopefully no one else will check in,” Johnny said, pulling the hood of his jacket over his head. “Hopefully it’ll be quiet.”

Viv watched him walk out of the office, listened to his car start up and drive away. Johnny was thirty-six and lived with his mother. Viv pictured him going home, maybe watching TV before going to bed. A guy who had never made much of himself, living a relatively normal life, free of the
kind of fear Viv was feeling. A life in which he never thought about Tracy Waters, except to vaguely recall her name from the radio.

Maybe it was just her who was going crazy.

The quiet settled in, broken only by the occasional sound of the traffic on Number Six Road and the wind in the trees behind the motel. It was now 11:12. The clock on the wall behind the desk ticked over to 11:13.

She hung her jacket on the hook in the corner. From another hook she took a navy blue polyester vest with the words
Sun Down Motel
embroidered on the left breast and shrugged it on over her white blouse. She pulled out the hard wooden chair behind the counter and sat in it. She surveyed the scarred, stained desktop quickly: jar of pens and pencils, the black square that made a clacking sound when you dragged the handle back and forth over a credit card to make a carbon impression, puke-colored rotary phone. In the middle of the desk was a large, flat book, where guests were to write their information and sign their names when checking in. The guest book was open to November 1982.

Pulling a notebook from her purse, Viv pulled a pen from between its pages, opened the notebook on the desk, and wrote.

Door to number 103 has begun to open again. Prank calls. No one here. Tracy Waters is dead.

A sound came from outside, and she paused, her head half raised. A bang, and then another one. Rhythmic and wild. The door to number 103 blowing open and hitting the wall in the wind. Again.

For a second, Viv closed her eyes. The fear came over her in a wave, but she was too far in it now. She was already here. She had to be ready. The Sun Down had claimed her for the night.

She lowered the pen again.

Her eyes glanced to the guest book, took in the names there. She paused as the clock on the wall behind her shoulder ticked on, then wrote again.

The ghosts are awake tonight. They’re restless. I think this will be over soon.
Her hand trembled, and she tried to keep it steady.
I’m so sorry, Tracy. I’ve failed.

A small sound escaped the back of her throat, but she bit it down into silence. She put the pen down and rubbed her eyes, some of the pretty lavender eyeshadow coming off on her fingertips.

By three o’clock in the morning, Viv Delaney had vanished.

That was the beginning.