Read The Surprise of His Life Online

The Surprise of His Life 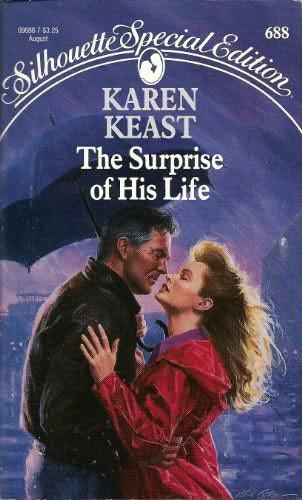 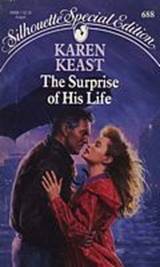 The Surprise of
His Life

Lindsey
Ellison had a problem. She was in love . . . hopelessly in love . . . with
Walker Carr. It would all be so lovely, so idyllic — if only he wasn't her
father's business partner and best friend . . . and her godfather! And, of
course, Lindsey couldn't ignore the fact that he'd be totally shocked to
discover her feelings. She had to forget him.

It
seemed impossible, especially now when she was returning to Galveston to help
her parents through a rough time. She had to convince Walker that she was the
woman he would love forever. Lindsey steeled her heart — because when Walker
figured out her plan, it was going to be the surprise of his life!

"What
are you doing?"

Lindsey
brushed her knuckles against Walker's cheek, whose stubble felt wickedly sexy
to her, and whispered, "You really are working too many weekends if you
don't know what I'm doing."

Walker
reached for her hand, ostensibly to stop whatever wonderful something she was
doing to his face, but he managed only to take her hand in his. Once he'd done
so, he seemed unable to turn it loose.

Her
fingers entwined with his.

Her
breath fanned against his mouth milliseconds before her lips brushed his.

Walker
moaned, then told himself to stop this... while he still could.

THE
SURPRISE OF HIS LIFE

All
rights reserved. Except for use in any review, the reproduction or utilization
of this work in whole or in part in any form by any electronic, mechanical or
other means, now known or hereafter invented, including xerography,
photocopying and recording, or in any information storage or retrieval system,
is forbidden without the permission of the publisher, Silhouette Books, 300 E.
42nd St., New York, N.Y. 10017

All
the characters in this book have no existence outside the imagination of the
author and have no relation whatsoever to anyone bearing the same name or
names. They are not even distantly inspired by any individual known or unknown
to the author, and all incidents are pure invention.

®:
Trademark used under license and registered in the United States Patent and
Trademark Office and in other countries.

Printed
in the U.S.A. 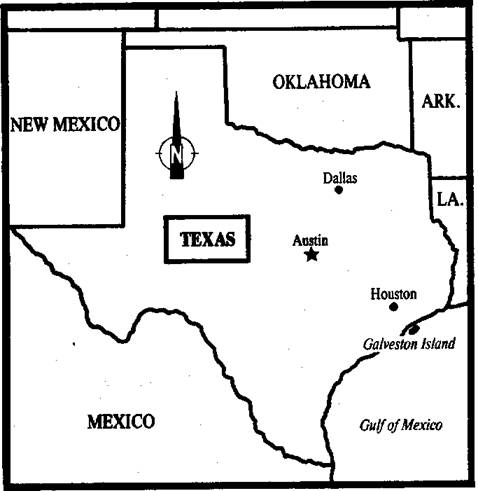 H
is goddaughter
was all grown up, Walker Carr thought as he watched the young woman walk down
the deplaning ramp of Houston's Hobby Airport. Actually, he amended, at
twenty-three she had technically been a woman for several years. Which had
certainly been the case some eighteen months ago, the last time he had seen
her. That fact of maturity accepted, she was now nonetheless ... different. It
might have something to do with the way her short blond curls had given way to
a long silky-looking, shoulder-length mane. It might have something to do with
the way youthful angles had given way to adult curves. It might have something
to do with the innately sensual sway of her hips within the folds of the
tailored steel-gray slacks. Whatever the indefinable something was, it made the
stuffed teddy bear, which he'd impulsively bought minutes before at an airport
gift shop for Lindsey to add to her collection, ridiculously inappropriate.

He
knew, too, that given the circumstances—her return to Galveston was under less
than ideal conditions— his pleasure at seeing her was probably as inappropriate
as the bear, but the truth was that he was glad to see her. He guessed he
hadn't realized just how much he'd missed her... and her fun-loving
disposition. The truth was that no one he knew got quite so much joy out of
living, no one got more ounce-for-ounce happiness out of waking up in the morning,
no one had such a close personal relationship with a smile.

As
always when he thought of her happy-go-lucky nature, he wondered what had made
her flee on the eve of her wedding eighteen months before. What could have
happened of such a magnitude that it had not only driven her from Galveston,
but also from the United States?

All
wondering came to an abrupt halt as Lindsey Ellison's blue-gray eyes connected
with Walker's. She smiled, waved and started toward the tall familiar figure of
her godfather. Walker smiled, waved and started toward Lindsey. In seconds she
was in his arms. Over the years, she'd been there countless times. However,
Walker could never remember her holding on this tightly before. But then, never
before had she needed comforting from someone other than her parents. That in
mind—though he wondered if perhaps he needed comforting, too—he tightened his
arms. Neither felt pressured into speaking.

Finally,
Lindsey pulled back and said, "Thanks for meeting me. I wasn't ready to
face Mother or Dad."

"No
problem. You know I'm always there if you need me."

By
tacit agreement, they had started walking in the direction of the baggage-claim
area. At Walker's remark, Lindsey glanced over at him and, for a fraction of a
heartbeat, he had the oddest feeling that the smile at her lips was
bittersweet, yet her words were perfectly normal when she spoke. So normal that
he forgot the odd feeling.

"Yeah,
I know," she said. Another smile materialized, this one as genuine as a
flawless, sparkling gem-stone. She nodded toward the teddy bear he held.
"Is that for me? Or did you buy it for yourself?"

Walker
grinned—primarily because there was no way not to when Lindsey flashed her
pearly whites. It had always been that way, even in the days when the pearly whites
had been enmeshed in silver braces.

"It's
for you," he said, handing it to her. His smile faded as he added,
"But maybe you're too old for teddy bears."

Lindsey
stroked the nutmeg-brown fur on the bear's head and stared down into black
button eyes, as if woman and beast were already best friends. "One is
never too old for teddy bears." She looked up at Walker. "Thanks.
He's adorable."

Walker
nodded, inordinately pleased that she was pleased.

"How
was your flight?" he asked as they moved on through the crowded terminal.
A man, possibly trying to make a tight connection, ran past. Instinctively,
Walker curved his arm about Lindsey's waist. He was aware of the smallness of
that waist and of the gentle rhythm of the hips beneath. Those sensations,
coupled with the memory of her in his arms—the memory of soft rounded breasts
and fragrant skin—confirmed his first observation. Lindsey was no longer a
child. Not by any stretch of anyone's wild imagination.

"Long,"
she responded to his question.

"When
did you leave London?"

Threading
back her blond hair in a weary gesture, she said, "Days ago, it seems
like, but I guess it was only Friday morning." It was now almost five
o'clock Saturday afternoon.

"Have
you been able to rest any?"

"No,"
she answered, and Walker knew that her inability to rest had more to do with
her troubled heart than with the inconvenience of travel. He knew, too, that
both of them were avoiding the subject most on their minds.

They
chose to ignore it a little longer. In fact, they ignored it the remainder of
the walk to the baggage-claim area. Once the car keys had been fished from the
front pocket of Walker's jeans, once Lindsey's suitcases had been stored in the
trunk, once the car was headed in the direction of Galveston, Lindsey braved a question.

Walker
bent forward, adjusting the air conditioning from moderate to high in an
attempt to regulate the harsh August heat. He then looked over in Lindsey's
direction. Not mincing words, he said, "As well as can be expected. I think
she's still in a state of shock."

"Yeah,
well, I can identify with that," Lindsey responded, not bothering to mask
her sarcasm.

Walker
was aware that their conversation sounded as though there had been a death. It
was his guess that a death would have been easier for Lindsey to cope with.
Well, maybe not to cope with, but it would have sure been darned easier for her
to understand. And maybe for him, too.

"What
happened?" Lindsey asked. Walker could hear the pain in her voice. It took
a bite out of his heart.

"You
know as much as I do," he said, which was to say precious little, he
thought. Except that his two best friends—Bunny and Dean Ellison—were hurting.
And that he didn't know what in hell to do about it. All he knew was that he
had to find a way to stand by each of them even though they were standing in
opposition of each other. He could imagine the war of feelings, the battle of
divided loyalties, raging inside Lindsey. Even though he must surely be
experiencing only a fraction of what she was, he very definitely felt like a
combat casualty.