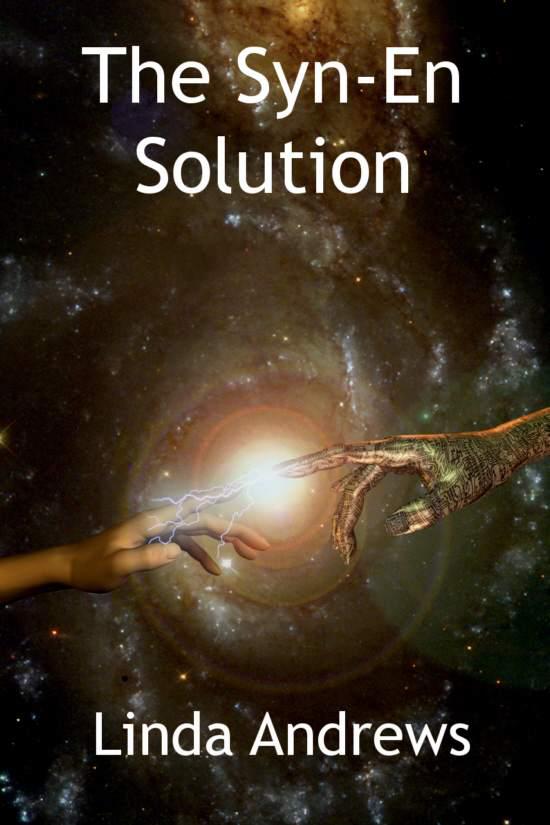 All rights reserved. Except as permitted under the U.S. Copyright Act of 1976, no part of this publication may be reproduced, distributed or transmitted in any form or by any means, or stored in a database or retrieval system, without the prior written permission of the author.

This is a work of fiction. Names, characters, places and incidents are products of the author’s imagination or are used fictitiously and are not to be construed as real. Any resemblance to actual events, locales, organizations, or persons, living or dead, is completely coincidental.

This ebook is licensed for your personal enjoyment only. This ebook may not be re-sold or given away to other people. If you would like to share this book with another person, please purchase an additional copy for each reader. If you’re reading this book and did not purchase it, or it was not purchased for your use only, then please purchase your own copy. Thank you for respecting the hard work of this author.

When the human race bordered on extinction, a group of wounded soldiers volunteered to become the first Synthetically Enhanced humans (Syn-En). These proto-cyborgs donned a new generation of prosthetic limbs in order to enter areas ravaged by disease, war and radiation. Their heroic efforts saved our species and united mankind.

Now, one hundred-twenty years later, a stratified civilization has emerged:

Citizens—Composed predominately of the rich and powerful ruling class. citizens control the government and its laws. They avoid technological penalties by using genetically-engineered tissue and organs to improve their looks, health and longevity.

Civilians—Former middle and lower-class citizens who needed cheap technology to save their lives, were convicted of a crime or became so indebted that they find themselves stripped of their rights. Each are offered the option of cutting off a limb or two and replace it with prosthesis to earn their way back into society quicker than their sentence.

Syn-Ens— Inducted into the Corps as infants, the cyborgs are taught, trained and programmed to believe the best in humanity, the sacredness of human life and to fairly enforce the law of the United Earth Council. They are prohibited by law and the amount of technology in their bodies from ever becoming citizens.

The Syn-Ens ideals of honor and duty, plus their inability to be bribed, bought or blackmailed stand in the way of a power hungry citizens and their agenda. Worse, the civilians trust the cyborgs more than Earth’s citizen rulers. When a wormhole is discovered on the fringe of Earth's Solar System, these citizens believes they have found the final solution to their Syn-En problem.

Why did I agree to leave Earth and aim my ship

toward the stars? For the same reason that small tribe of humans left the

Rift Valley in Africa. To get away from the people—

“Earth did not send us here to die.” Admiral Beijing York took care to keep his fury in check and his voice even. His blue almond-shaped eyes may betray his Eurasian heritage, but not his emotions. Never his emotions. Control and obedience had been drummed into Bei’s head before he took his first step or spoke his first word. The same could not be said for the woman fuming in his sterile briefing room.

“Then why did they send us on a mission in ships that keep breaking down?” Picking at the black rank insignia on her navy uniform, Lieutenant Burkina Faso reeked of human disdain and arrogance over the Synthetically-Enhanced human she’d become, what he was. She looked down upon his men and women because she’d been raised a citizen—a human without any technology penalties to keep her alive or make her useful.

“We are the first humans to travel through a wormhole, to seek settlement outside our solar system.” Although Synthetically Enhanced humans resembled people, no one ever treated the Syn-Ens as such. The soldiers had been stripped of their rights just as their limbs had been amputated and replaced, their skin substituted with dermis-looking armor, and their organs altered. “No one could have predicted the toll caused by the stress of interstellar travel.”

“Face it, with a population nearing pre-plague levels, Earth no longer needs her cyborg freaks.”

Bei cleared the expletive from his throat. He’d yet to meet a citizen or civilian who didn’t share her opinion, but that didn’t mean either he or his men were freaks. Unlike normal humans, the Syn-En knew their purpose—to preserve order and protect life. Lieutenant Faso’s derision of basic Syn-En behavior grated now much more than it had attracted him a year ago, when she’d arrived with newly-minted prostheses.

“The Syn-En are neither freaks nor appliances.” Bei’s stomach turned at the injustice. He was human, dammit. He felt and thought and dreamed, maybe a little too much. Lieutenant Faso didn’t seem to appreciate his temperance in dealing with her delayed transition into his kind; neither did she notice that he only took her to task in private. None of his crew had such accommodation. Ever.

Faso pressed her fists against her temples while rage blazed a red path across her brown cheeks. “They keep their little tin space men locked in a box without even air holes and you just accept it.”

“We know our duty.” Bei glanced around the briefing room. The décor was standard issue. On the dull gray walls, LCD monitors displayed pictures of space outside the solid hull. Most humans had difficulty adjusting to life without windows, but without a solid hull they’d be exposed to lethal doses of radiation in nanoseconds even with the magnetic shields. Interstellar space travel wasn’t a good place for sightseeing.

Or for recently inducted Syn-En humans. Why hadn't the judge sentenced her to civilian life? She would have coped much better with having only one or two limbs replaced. Yet some judge in his finite wisdom had sentenced her to a full conversion. And he hadn't had a decent two hours sleep since.

“Duty! You’ve been trained. They say bark, you ask how loud. They say jump, you ask how high. Just like a good little machine obeying your programming. Well I’m not some stupid machine.” The lieutenant pounded her fist against the metal table in the center of the rectangular room. Although lithe, her synthetically enhanced hand dented the thick slab.

“You’re Syn-En. And you need to start behaving like one.” Soon the Shape Memory Alloy would smooth out the dent, but what about the circuits embedded inside? Bei couldn’t afford for another computer interface to break down.

For a moment the plating on her mechanical arm flicked from the navy color of her uniform to the gun metal gray of the SMA. “Is that tin man enough for you?”

“No.” Leaning against the
Spacefarer’s
bulkhead, Bei felt the hum of the circuits across his back. The electromagnetic field caused his hair to rise as a static charge built in the metallic threads woven through his uniform and on the plates encasing his bones. He’d have to ground himself soon, or face a nasty shock across his cerebral interface. Given Faso’s impending tantrum, he didn’t need his enhancements fried by excess electricity.

“Well it’s the best I can do. So you’ll just have to accept my human failings.” The woman excelled at causing trouble and escaping the blame or consequences.

“I do not.” Pushing away from the ship’s exposed bulkhead, Bei strode to the table and discharged the current. At his touch, thin lines of blue light crackled over the surface before traveling down the metal legs and dissipating into the ship’s hull. His fingers slipped into the ports along the metal skirt while his fake fingernails peeled back, allowing him to connect with the table’s systems. A blue screen popped up inside his head. The diagnostic sweep reported no problems due to Lieutenant Faso’s punch. “You must realize that your human failings are no different than anyone else’s aboard my ship.”

“That’s flesh tone pigment on your scaly body, not flesh, Admiral.” Faso’s full lips thinned as she rubbed her cinnamon-colored skin. Hatred blazed in her ebony eyes and quivered out her wiry, black hair. Raising her fist again, she caught his look. Gently, she set her palm on the table. “And you haven’t been human for a long time.”

A shudder rippled through his ship.

Ignoring the typical biologic disdain, Bei hooked his booted foot around a nearby chair, pulled it toward him and sat on the flat cushioned seat. Using his cerebral interface, he switched from the diagnostics blue screen to the
Starfarer’s
main menu looking for whatever caused his ship to tremble.

Red flashed inside his skull. The hull integrity icon moved to the fore and opened the ship’s schematic. Compression had damaged the outer hull where the magnetic shield had brushed against the walls of the wormhole at a narrow point. With the ever growing number of dangers posed by long interstellar space travel, babying this Syn-En had to end.

“That Neo-Dymatech Armor will save your life. We’re settling an alien world, Lieutenant. Despite benign reports from the probe, there will be danger ahead.” Pinning her with his steely gaze, he mentally sent the command to the ship’s computer to release the wardens.

Real time data streamed into his consciousness. The eight-legged, square wardens crawled like spiders out of their airlocks, hooked themselves to guy wires and skittered over the outside of his ship to inspect the damage.

“Yeah, yeah. The amazing body armor. NDA helps maintain body temperature, recharges our enhancements, and deflects bullets. That doesn’t make it skin.” When she spied his cybernetic connection to the ship, revulsion flitted across her high cheek bones and narrowed her eyes. She quickly smoothed it away. Her loose hipped gait carried her down the table’s length to his side. “Neither does a relatively untouched brain make you human.”

Because science had yet to improve upon the design of the human brain, it alone remained relatively untouched and kept the Syn-En clinging to the fringe of humanity. Human. The word was as much a prayer as a curse. This trip had turned inalienable human rights into a possible dream. One he’d give everything to make a reality. All of his crew would, but if they revealed how much they craved enfranchisement, they would have been denied the right to make this trip. As he’d been trained, Bei compartmentalized his true feelings.

“You forgot NDA is a hundred times more sensitive than regular dermis.” A distinct advantage when defusing bombs, detecting a lie from a prisoner, and a hundred other things. Pulling his fingers out of the table’s jacks, Bei disconnected from the mainframe, leaned back in the blue upholstered chair, and waited. Four hours had passed since her last sexual overture toward him. She was overdue.

Her hands glided over her narrow waist, cupping her full breasts through her uniform, while her pink tongue glided across her lips as she stared down at him. “I haven’t forgotten that.”

Bei clamped down on his rising disgust. Like a typical female citizen, Lieutenant Faso used sex to coerce or punish. He didn’t doubt she’d used her bedroom skills on the bankruptcy judge so she could enter the Fleet as an officer instead of enlisted. The discrepancy caused hostilities among his men who earned their rank, the only distinction most humans bothered with when it came to the Syn-En.

Checkout by Anna Sam
The Clear-Out by Deborah Ellis
The Book of Old Houses by Sarah Graves
Back to McGuffey's by Liz Flaherty
Bang by Kennedy Scott, Charles
Home for the Holidays by Johanna Lindsey
Rocky Mountain Heat by Vivian Arend
Dark Winter by Hennessy, John
Elizabeth I by Margaret George
The Black Rood by Stephen R. Lawhead
Our partner