Read The Taint and Other Novellas Online

The Taint and Other Novellas 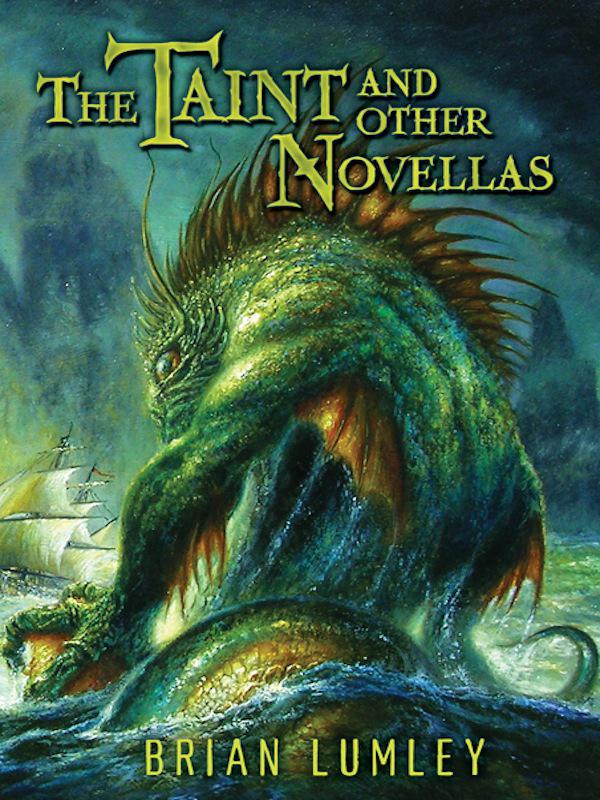 The Taint and Other Novellas
Copyright © 2007 by Brian Lumley.

“The Horror at Oakdeene,” from the collection of the same name, Arkham House, 1977.

“The Fairground Horror,” from
The Disciples of Cthulhu,
DAW Books, 1975.

“The Taint,” from
Weird Shadows Over Innsmouth,
Fedogan & Bremer, 2005. 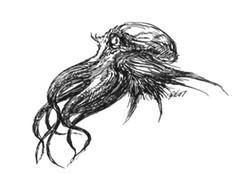 Born of the Winds

Lord of the Worms

The House of the Temple 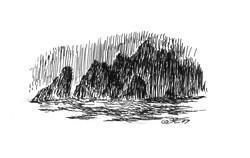 Just three words, yet somehow fascinating in themselves. Just imagine someone stumbling across them for the first time; better still, try to remember when
you
first came across them in a book of macabre fiction. For even if you had never heard of Howard Phillips Lovecraft, or his biggest fan and publisher August Derleth, or Arkham House,
Weird Tales
, or indeed any of the original Lovecraft Circle or later imitators, or “literary disciples,” of HPL, still in all likelihood you were struck by those words—if only because they caused you to wonder, “The Cthulhu Mythos? Now what the
hell
is that!?”

And how might one describe or explain to such a newcomer to weird fiction—for you could hardly be anything other than a newcomer—the pronunciation of that dreaded
Name
central to this unheard of mythology, Cthulhu? (What, in all seriousness, you should be informed that one whistles or burbles it?)

No, I am not going to try to offer a detailed explanation of the Cthulhu Mythos in this brief introduction; many and various authorities have already done that in as many articles and books, and it’s likely you would not have bought this volume if you didn’t already know at least something of H. P. Lovecraft’s literary legacy. But if after reading these novellas the Mythos is still a mystery to you—which I most sincerely hope is not the case—then I would refer you to the master himself: to H. P. Lovecraft, and Clark Ashton Smith, Robert E. Howard, August Derleth (of course), and to Colin Wilson, Ramsey Campbell, and a veritable host of other writers, including many Arkham House authors and even Stephen King (the latter in his notable story,
Crouch End.)
For at one time or another they’ve all “had a go” at the Cthulhu Mythos—as, I might add, have many dozens and perhaps even hundreds of others, most frequently amateurs whose outpourings of Mythos dross still haven’t managed to remove all of the gloss and mystique from the original concept.

Ah, but what was or is this concept? Well, actually, it’s not only a horror theme but very much a Science Fictional sort of thing, too—which states, but in a great many more words:

That this Earth and its neighbouring “dimensions” conceal centuried (aeonian?) prisoned, slumbering or hibernating alien creatures of vast evil (or total indifference?) whose telepathic dreams infest the minds of certain artistic, sensitive, and often mentally “fragile” human beings, to the extent that they are caused to meddle with seals real and metaphysical that confine these Great Old Ones in their various forgotten (drowned, buried, or extradimensional) tombs or “houses.”

As for Cthulhu: no better description of Him can be discovered than in HPL’s own
The Call of Cthulhu,
and any horror fan who hasn’t yet discovered Him should do so now, at once!

Myself, I came across the Mythos when I was just thirteen or fourteen in a story by Robert Bloch of
Psycho
fame, (though
Psycho
was only one of that superb writer’s achievements). The short story was called
Notebook Found in a Deserted House.
And from then on, for the next seven or eight years, I would keep stumbling across various hints in the weird fiction I was reading that suggested an interconnected thread or threads; a very intricate literary theme, like a web woven from oddly similar stories by a handful of disparate authors. This was, of course, the very fabric or skein of the Cthulhu Mythos, though at that time I failed to make a solid connection. (Another connection I failed to make, which was pointed out to me by Donald A. Wollheim of DAW Books fame, was that I was born on the 2nd December 1937, just nine months after Lovecraft’s death. Wollheim found the chronology or synchronicity interesting; I find it entirely coincidental.)

But then, as a young soldier taken in the draft and based in Germany—upon finding an entire book by Lovecraft, entitled
Cry Horror!
(the British title of a volume originally published by Arkham House in the USA)—suddenly all of these vague hints and allusions coalesced in my mind into this single, remarkable literary concept, this fictional phenomenon called The Cthulhu Mythos! But—

—I wasn’t yet an author “in my own write,” and it would be some time, several years in fact, before I was seduced onto the strands of that web myself…

In one of his introductions August Derleth described me as “A
young
British author”: my italics. Well I wasn’t
that
young. I was twenty-nine when—having by then collected almost all of the available Lovecraft material—I wrote to Derleth at Arkham House to order books. Along with monies, I sent some “extracts” from a handful of dubiously titled “black books,” the survivors of antique, now extinct civilizations that either worshipped or shunned the variously imaged “gods” and “demons” of the Cthulhu Cycle. These forbidden volumes were of my own invention (following in the footsteps of HPL and others) and Derleth seemed much taken by them; he hinted that I might like to “try my hand” at writing “something solid in the Mythos” for an anthology he was going to call
Tales of the Cthulhu Mythos.
Of course I attended to that immediately!

So, why hadn’t I tried my hand prior to this invitation? But I had! As a boy of twelve or thirteen I had, er, “composed” a Science Fiction yarn and read it to my coalminer father. And he, a knowledgeable but very down to earth man, had commented, “Aye, all very nice, lad—but there’s no money in words.” He simply couldn’t conceive of anyone making a satisfactory living writing fiction. And it has to be conceded that at that time a large majority of writers weren’t at all well paid.

All that aside, now (or then) at the age of twenty-nine, I began to write for Derleth at Arkham House, and of course I did so very much in the mode of Lovecraft; those early stories were steeped in the fantastical, fictional lore of the Cthulhu Mythos. So, that is where most of the stories in this book had their beginnings. I should point out, however, that not all of my Mythos stories read like HPL; they’re not all slavish pastiches, such as Derleth’s own supposedly Lovecraft “collaborations.” For despite that it narrates Lovecraftian themes, still my voice is my own.

My work in this vein has two distinct forms: novellas and short (or shorter) stories. The book you hold in your hands is from the first of two companion volumes; it contains the novellas. Volume Two will have most of my Mythos short stories that in my opinion are worthy of this sort of hardcover collection. The stories here presented are not in chronological order, but for readers who are curious about such matters I have included, as a preface to each novella, brief details of the when, where, and the why of its writing.

But there, enough from me; now I’ll let the Cthulhu Mythos more properly explain itself… 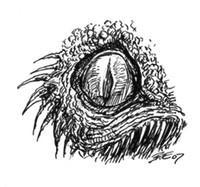