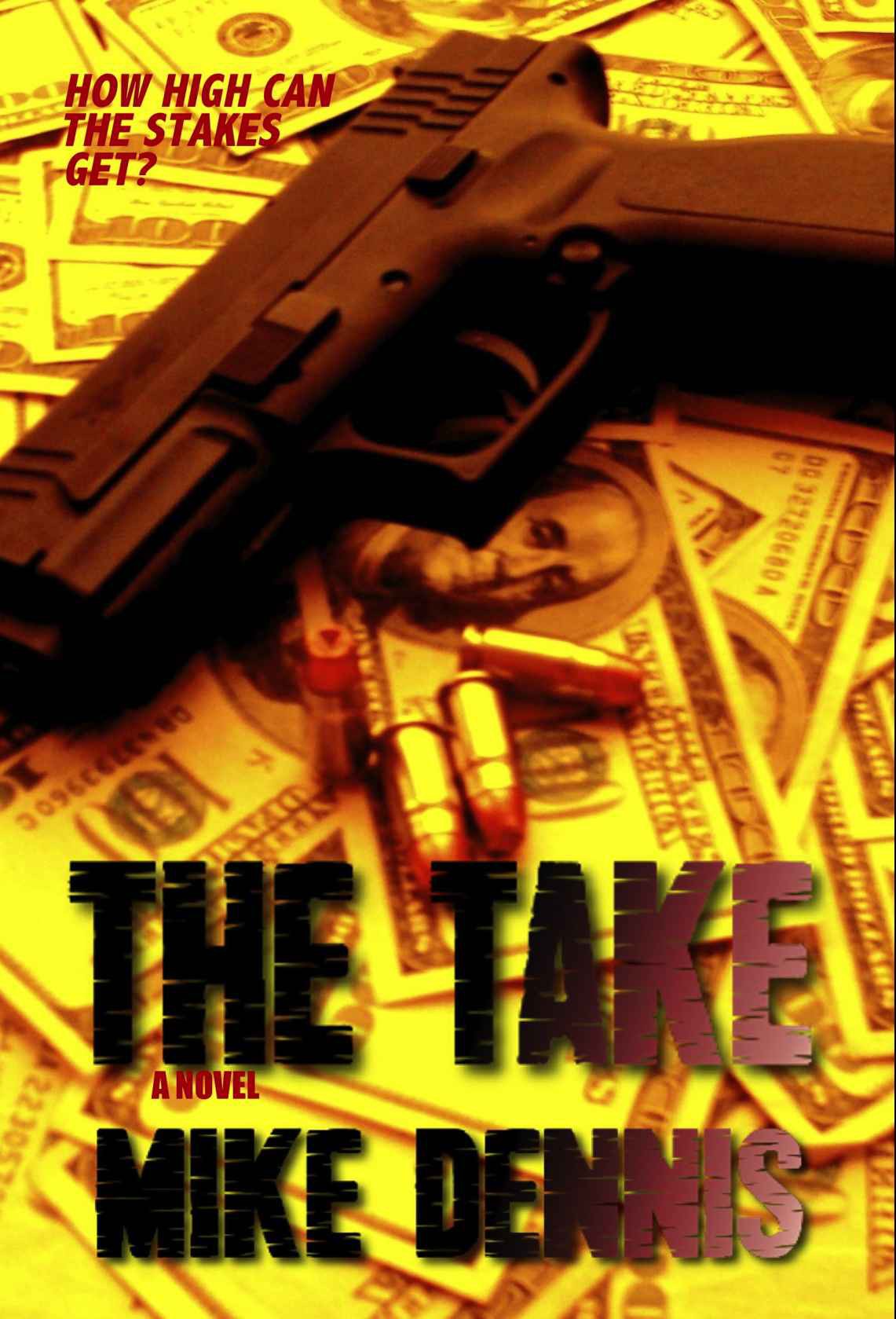 T
he question
was, of course, where could Eddie Ryan scrape up nineteen thousand dollars.

From down here in the warm street, he could almost hear his cell phone
bleating up in his room. The bettors wanted their money now, tonight, and the
bookie was always expected to pay up on the spot.

The
goddam Dodgers. The goddam lucky Dodgers. Cleveland was a lock, a mortal
lock
to win the World Series. So what if
all the action was on the Dodgers? The more the better, he originally thought,
because Cleveland couldn’t lose. They were twice the team the Dodgers were!

He
violated rule number one for any bookie: never, never,
ever
let your action get so one-sided that you wind up pulling for
that team to win. That’s not what the business is about. Of course, Eddie knew
that. He knew he was supposed to even out the betting on both sides, collect
from the losers, pay off he winners, then pocket the ten percent juice.

Sure,
he knew that, but he went ahead and took all that Dodger action anyway, without
even moving the betting line! And now, he needed nineteen dimes right away.

The
damn World Series hadn’t been over twenty minutes and already a stream of sweat
had slinked its way down the gully of his spine.

Eddie
tried frantically to think of a way out, some kind of angle — anything —
but he came up dry. He thought about just splitting town right now, walking out
and leaving his players holding the bag. Then he eyed his old orange Toyota
parked around the corner, and he thought again, realizing the car
was even money just to get him to the
Houston city limits. Even if it held up, he didn’t have the cash to go
anywhere. He didn’t have a hundred bucks to his name, so leaving town was not
an option.

Besides,
if he did leave, Danny B, who had five thousand coming, would dedicate his life
to finding him.

He knew
of only one play he could make. Fishing some change from his pocket, he went
over to the gas station and found a pay phone. He knew Raymond Cannetta’s
number by heart.

“Raymond?
Eddie Ryan. I need to see you. Tomorrow? Where? Okay, Denny’s at noon? Got it.
See you then.”

He
detoured into the liquor store for a pint of bourbon, watching a sizeable chunk
of his remaining estate go to pay for it. Bag in hand, he crossed the street
and headed up to his room to let the brown bottle work its magic.

Eddie was no stranger to hard luck. He could usually feel it sticking
to him like black tar on a humid summer day, while the big chips always fell
just outside his reach. It was that way his whole life. But this World Series
was supposed to turn it around for him. He was ready to pick up a nice piece of
change from it.

If only
the goddam Dodgers hadn’t gotten lucky.

If
only, if only.

He
gazed out the window from his booth at Denny’s, until a sharp glint flicked
across his eye, snapping him out of his misery. It was the sun reflecting off
Raymond Cannetta’s shiny blue Lincoln as it pulled into the parking lot.

On
first glance, there was nothing scary about Cannetta. His medium size and
soft-spoken manner didn’t add up the beefy loan-shark stereotype. But when he
slipped into the quiet booth across from Eddie, icing down the area with his
volatile brown eyes, Eddie shivered. This close, he could see the dark streak,
the violence lurking right under the surface, as though he’d held Cannetta up
to the light.

He
tried to still the nervous hand that stirred his coffee. Cannetta poured a cup
for himself from the pot on the table.

“I had
a bad week. I’m a little short, you know, and I-I need some cash to pay off my
bettors.”

Cannetta
didn’t reply right away. Rather, he gently blew on his coffee and sipped at it,
letting the figure hang out to dry, so Eddie would understand this was no
ordinary loan.

“Where’d
they make this shit?” His thin face contracted into a grimace as he set the cup
back down. “My stomach’s been telling me for some time now to quit this stuff.
I ought to pay attention. But you know, I been drinking it for thirty-five
years now.”

“Thirty-five
years?” Eddie’s leg developed a slight twitch under the table, out of
Cannetta’s sight.

“Six,
seven cups a day. That’s a long time, Eddie. Hard to break a habit that’s been
with you for that long.”

Eddie
mumbled something in agreement, while rattling his spoon against the sides of
the cup.

“I’ll
let you have twenty,” Cannetta finally said, his eyes burning into Eddie’s. “Every
Friday at noon you meet me here” — his index finger poked the tabletop —“and
you pay me
a grand plus
another grand worth of vig. In twenty weeks, it’s paid off.” The expression on
his face asked Eddie if he agreed.

Cannetta
retrieved a briefcase from the trunk of the
Lincoln. They got into the front seat, where he opened it. Eddie saw a
flash of stacked currency inside. Cannetta pulled out a few of the banded
bundles, then counted out twenty thousand dollars.

He held
out the thick handful of hundreds, and Eddie reached for it. But before
Cannetta released it, he warned, “Remember, Eddie. One grand every Friday plus
another grand in juice. No excuses. No bullshit.”

“Right,
Raymond. Two grand. You’ll get it.” Eddie surprised himself at how confident he
sounded, as he took the money and stuffed it down his pants.

Back in his room, Eddie returned the calls from his cell phone, arranging
to pay off his players, as well as booking their bets for that weekend’s
college and pro football games. He encouraged them to make bigger bets. He had
to. Clearing two thousand a week wouldn’t be easy, but what was the
alternative?

When
all the bets were in, the action was divided more or less evenly on each game.
He silently congratulated himself on doing it right, and he kept the juice.

That
next Friday, Eddie delivered his first payment of two thousand dollars to
Raymond Cannetta in Denny’s parking lot.

The
following week, the action was a little more one-sided, especially on Sunday’s
NFL games. He moved the lines around, but the betting just wouldn’t even out.
He sweated out the Sunday games, but a couple of upsets saved the day, so he
made his second payment on schedule.

The
third week was rough going. A lot of teams failed to cover the point spread. In
addition, there were no major upsets. Fortunately, however, one of his players
had dropped thirty-three hundred on a middleweight fight, and Eddie was
literally saved by the bell.

He knew
his luck — and that’s really what it amounted to — couldn’t hold
out forever, and for him, forever meant exactly seventeen more weeks.

Even
under ideal conditions, which were pretty scarce these days, he could barely
come up with the two grand payment plus his meager living expenses. And of
course, if it came down to a choice between the two, he’d have to make the loan
payment, because if he missed it, there wouldn’t be any need for living
expenses.

Eventually, the piano fell. After a serious run of one-sided losses on
the Saturday college games and the Sunday NFL action, he had no money for
Raymond Cannetta. Almost as bad, he owed his bettors over thirty-five hundred.
The Monday night football game, which he hoped would pull him out, had just
ended in disaster, and his cell phone was already going off.

Groaning,
he flipped off his black-and-white TV, and sank back into the thin cushions of
his cheap couch. Truth showed itself now like a dirty little secret. He
remembered what Raymond had said about excuses and bullshit. His future had
started to decompose before his very eyes.

All
available options rapidly narrowed to one. Thinking about it made him sick.
Seeing Val Borden’s phone number on the matchbook made him sick.

He had
never committed a crime in his life — not a real crime, anyway — but
here he was, about to stick his head inside the jaws of a big one.

He just knew this was crazy — his churning
insides told him so. This is wrong! Wrong! they screamed. All wrong! His
stomach shook and quivered, while he considered running to the john. The spasms
backed up into his brain, as he wriggled in the grip of uncertainty. But then …
why was his hand so steady as he dialed the phone?

V
al Borden lived
in one of those budget apartments off McCarty, slapped together in the early
seventies during Houston’s frenzied stampede for development. Back then, “garden
apartment living” meant escape from the hardscrabble redneck neighborhoods of
junk cars and dirty yards and dirtier kids. It didn’t take long, though, for
the rednecks to fill these places up, turning the garden into a garbage heap,
similar to the neighborhoods they’d just fled.

Trembling,
Eddie walked up the redwood steps, then down the concrete landing past cracked
windows and peeling paint. He knocked on the last door. It opened, and Val
stood in the doorway, T-shirted, with a bottle of beer in his hand.

He
stood a little shorter than Eddie, but more solidly built. A neat,
close-cropped beard covered his negligible chin. The intensity in his face
sprang from his dark promising eyes, the ones all the women loved.

The
door opened directly into the shag-carpeted living room. The grisly green
carpet, which probably looked pretty good as a swatch in the salesman’s book
thirty-five years earlier, now looked merely god-awful, a worn, sticky remnant
of better times. The TV was on. The pungent odor of Swisher Sweets had
permanently seeped into the room.

Val led
Eddie over to the recliner. Eddie took a seat, noticing a hole the size of a
fist dominating the wall right behind him. Then, after a full stretch, Val
plopped down onto the sofa, covering up a shock of brown naugahyde protruding
from open cuts. After he stubbed out his Sweet into the ashtray on the end
table, the little cigar smoldered, its sugary smoke drifting directly into
Eddie’s face. Eddie waved it away, but it kept coming.

“Honey,”
he said in a raised voice toward the kitchen.
“Bring Eddie a beer, will you? And another one for me, too.”

Eddie’s
blood rose hearing the tap of light footsteps. He
twitched to the jabbing tingle of pins and
needles on his skin, while his head turned slowly toward the kitchen.

She paused
at the entrance to the living room, and for that second, Eddie drank in her
image in one long swallow, and boy, did it go down easy.

Her
slender body was tightly wrapped in a plain black cotton dress, which on her
looked like a Paris tailor-made. Long bare legs, visible from about mid-thigh
down, tapered into the cheap gray flats on her feet. Glancing upward, he saw
her pouting face, dominated by fiery black eyes and a narrow, expressive mouth.
Lots of tousled black hair topped it off. Even in these two-bit surroundings,
she looked like a Mexican million. And she knew it.