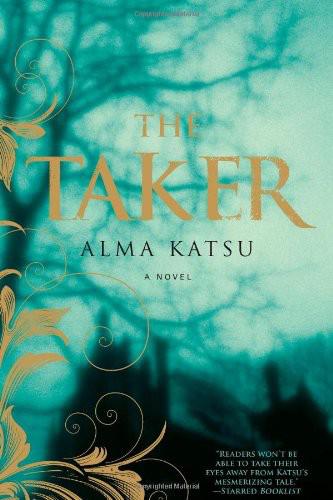 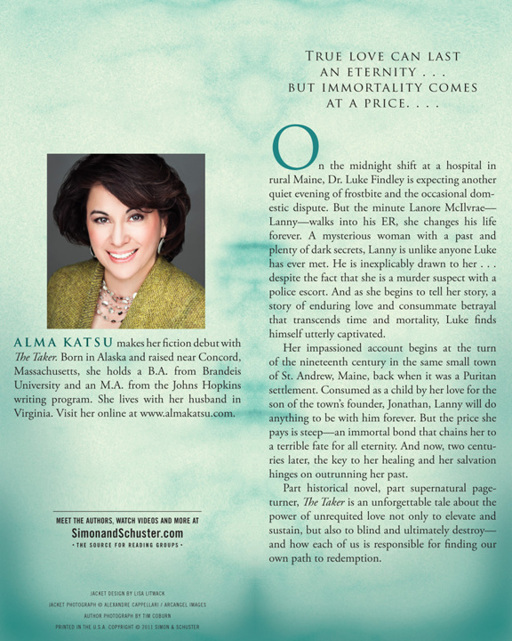 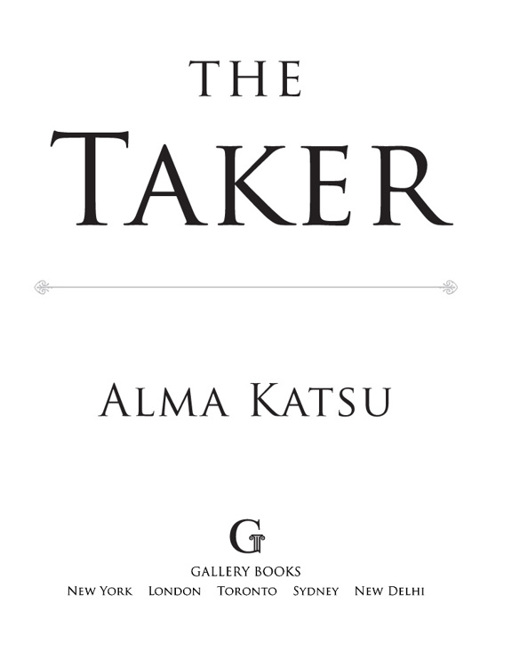 All rights reserved, including the right to reproduce this book or portions thereof in any form whatsoever. For information, address Gallery Books Subsidiary Rights Department, 1230 Avenue of the Americas, New York, NY 10020.

GALLERY BOOKS and colophon are trademarks of Simon & Schuster, Inc.

A
s
The Taker
is a work of fantasy, I don’t imagine readers come to it expecting historical authenticity, but there is one liberty I’ve taken with history that must be pointed out. While there is no town of St. Andrew in the state of Maine, if the reader attempts to triangulate the fictional village’s location based on clues in the text, you’ll see that if it were to exist, it would fall about where the town of Allagash stands today. Truth be told, this exact area of Maine wasn’t settled until the 1860s. However, the Acadian town of Madawaska, not far away, was settled in 1785, and so in my mind it didn’t seem too much of a stretch to have Charles St. Andrew found his outpost around this time.

G
oddamned freezing cold. Luke Findley’s breath hangs in the air, nearly a solid thing shaped like a frozen wasp’s nest, wrung of all its oxygen. His hands are heavy on the steering wheel; he is groggy, having woken just in time to make the drive to the hospital for the night shift. The snow-covered fields to either side of the road are ghostly sweeps of blue in the moonlight, the blue of lips about to go numb from hypothermia. The snow is so deep it covers all traces of the stumps of stalks and brambles that normally choke the fields, and gives the land a deceptively calm appearance. He often wonders why his neighbors remain in this northernmost corner of Maine. It’s lonely and frigid, a tough place to farm. Winter reigns half the year, snow piles to the windowsills, and a serious biting cold whips over the empty potato fields.

Ryelee's Cowboy by Kathleen Ball
Fire and Sword by Simon Brown
Betrayals by Brian Freemantle
A Banbury Tale by Maggie MacKeever
Stalked: The Boy Who Said No by Patti Sheehy
Deadline by Fern Michaels
The Secret Sentry by Matthew M. Aid
The Broken Dragon: Children of the Dragon Nimbus #2 by Radford, Irene
Velvet Thunder by Teresa Howard
Weapon of the Guild [The Chronicles of Grimm Dragonblaster, Book 2] by Alastair J. Archibald
Our partner