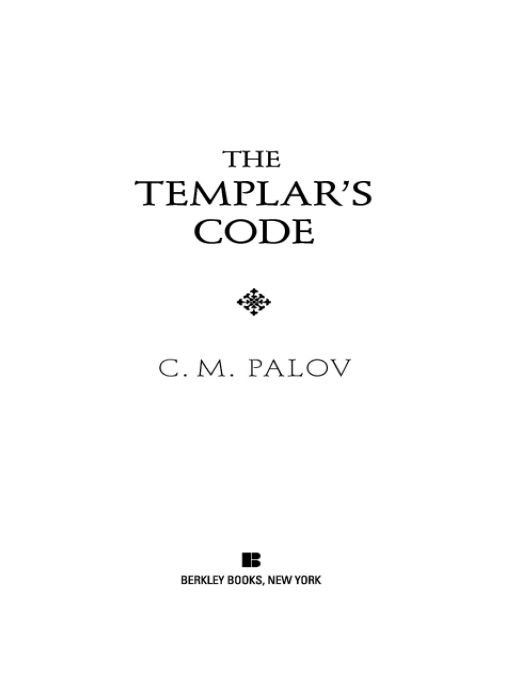 I lived in this world of darkness for myriads of years and no one ever knew that I was there.
—GNOSTIC HYMN

PROLOGUE
THE NEW WORLD
ARCADIA COLONY
1524
Isabelle d’Anjou threw herself at the foot of the black-robed priest. “Mercy! I beg you!”
“Haereticus!”
the Jesuit screamed, his thin ascetic frame shaking with fury’s passion. “By this cross you will know him!”
An armed soldier, red surcoat emblazoned with a white cross, roughly grabbed Isabelle by the waist and hauled her away from the priest. Shrieking, a wild animal caught in a snare, the terrified girl grabbed at the beads dangling from the Jesuit’s hand. A desperate plea that went unanswered, the soldier plunging a falchion into Isabelle’s left breast. Blood arced through the air, splattering the priest’s cassock.
Raising his gaze heavenward, the Black Robe made a ritualized motion. Above to below. Left to right.
“In nominee Patris, et Filii, et Spiritus Sancti.”
With upturned hands, the Black Robe continued his Latin chant . . . as the mounted knights slashed and swung their broadswords . . . as the soldiers ravished the village women . . . as the orange flames consumed the thatched huts in a fiery blaze . . . as the pitiless and unrelenting devastation raged all around.
Horrified, Yann peered beneath the upturned cart. He watched as a bearded man, the Stone Keeper, fell to his knees, hands clasped to his chest. Blood dripped from a hideous gash on the side of his face. For one brief instant, their eyes met.
“Yann! You must—” The cry went unfinished. An armored horseman, brandishing a broadsword in his gloved hand, took aim at the bearded supplicant, severing both hands with one pendulous swing as the blade sliced through the Stone Keeper’s torso. The morning sun glinted off a silver ring still attached to a detached hand.
Suddenly, a village farmer, sharp scythe gripped in his hands, charged through the melee.
“Beauséant!”
he yelled. That hoarse cry was the last word the intrepid farmer uttered, a soldier embedding a double-edged ax into the top of Didier’s skull.
And on it went as though the gates of hell had opened up and swallowed the village of Arcadia whole. A killing field. Sickles and scythes no match for broadsword and war hammer.
Fear rooting him in place, twelve-year-old Yann remained crouched beneath the wooden cart. Blackness threatened to overtake him. Dark spots swirled before his eyes. The entire village was drenched in blood. Everywhere he looked: headless torsos, sprawled legs. A trampled hump, all that was left of César the blacksmith. A shout indistinguishable from a shriek.
And standing near the front gate, presiding over the bloody mass, the duplicitous Black Robe.
Yann shuddered, blinked, commanded his body to move.
I must escape!
Crawling from under the cart, Yann dashed toward the blacksmith’s shop, orange flames shooting from the roof. From there he charged across the Bertrand croft with its newly planted Lenten crops. Barley and beans. Glancing up, he saw the mended battle standard that undulated in the breeze above the village longhouse.
Splayed red cross on a black-and-white background
. A different cross from the one sewn onto the surcoats of the marauding soldiers.
Yann charged toward the stone wall that bordered the back of the village and hoisted himself up and over. He gracelessly landed in a bramble bush. Sharp thorns pierced his hose. Dizzy, he leaned over and retched.
On the other side of the stone wall, he heard a knight angrily bellow, “Kill them! Kill them all!”
Flagging energy renewed, Yann lurched out of the bush and kept on running. Toward the forest with its dense greenery and long shadows. The perfect place for a boy to vanish from sight.
To escape the carnage.
Since the time of the great sea journey, two hundred years ago, the people of Arcadia had lived in harmony with their neighbors. Each year, the Arcadians paid tribute to the local sachem, bushels of dried fish ensuring peaceful coexistence. A small price to pay.
But the Black Robe could not be bribed. He did not want their gold. Or their silver. Or a basket of dried pike. He wanted their sacred stone. And he was willing to kill every man, woman, and child in Arcadia to get it.
But the Black Robe would come away empty-handed. The ancient relic was not kept in Arcadia. It was safeguarded in a specially built sanctuary, a league away. A fact known only to the Stone Keeper and the seven members of his inner circle.
All dead
. Put to the sword.
Which meant that Yann was the only Arcadian still alive who knew the secret. The reason why he now ran through the forest. Heart pounding. Shins aching. Breathless.
Gasping for air, Yann came to a shuddering halt and leaned against a sturdy oak tree. Shafts of sunlight streamed through the interlaced branches, dappling moss and rock.
Hearing something other than his own labored breath, Yann jerked his head away from the trunk. Craning his neck, he fearfully peered behind him . . . just in time to see two Narragansett warriors, faces painted, black hair roached, emerge from the shadows. One man held a war club, the other a tomahawk.

Hacedor de mundos by Domingo Santos
David and Solomon: In Search of the Bible's Sacred Kings and the Roots of the Western Tradition by Finkelstein, Israel, Silberman, Neil Asher
A Promise of Thunder by Mason, Connie
The Queen's Lover by Vanora Bennett
Distraction (Finding Me #1) by Crystal, Jada
The Tusk That Did the Damage by Tania James
Guarded Heart (Dubicki's) by Andres, Lisa
The Atlantis Legacy - A01-A02 by Greanias, Thomas
aHunter4Trust by Cynthia A. Clement
Embrace, Entice, Emblaze by Jessica Shirvington
Our partner