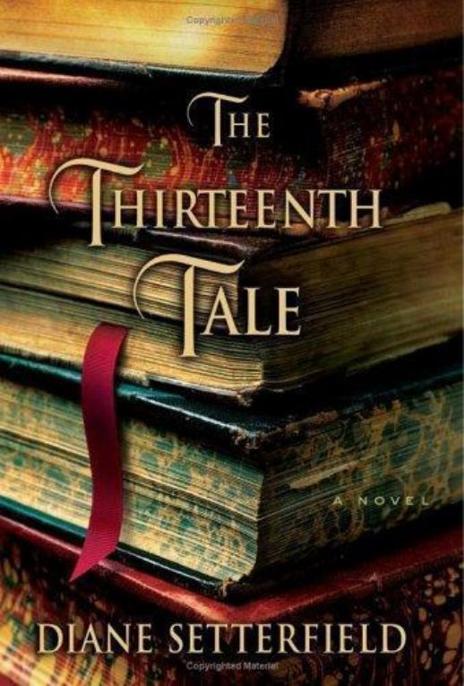 MERRILY
AND THE PERAMBULATOR

IN
THE ARCHIVES OF THE BANBURY HERALD

THE
BOX OF LIVES

THE
EYE IN THE YEW

JANE
EYRE AND THE FURNACE

EVERYBODY
HAS A STORY

A
DIARY AND A TRAIN

THE
GHOST IN THE TALE

It was November. Although it was not yet late, the sky was dark
when I turned into Laundress Passage. Father had finished for the day, switched
off the shop lights and closed the shutters; but so I would not come home to
darkness he had left on the light over the stairs to the flat. Through the
glass in the door it cast a foolscap rectangle of paleness onto the wet
pavement, and it was while I was standing in that rectangle, about to turn my
key in the door, that I first saw the letter. Another white rectangle, it was
on the fifth step from the bottom, where I couldn’t miss it.

I closed the door and put the shop key in its usual place behind
Bailey’s Advanced Principles of Geometry. Poor Bailey. No one has wanted his
fat gray book for thirty years. Sometimes I wonder what he makes of his role as
guardian of the bookshop keys. I don’t suppose it’s the destiny he had in mind
for the masterwork that he spent two decades writing.

A letter. For me. That was something of an event. The
crisp-cornered envelope, puffed up with its thickly folded contents, was
addressed in a hand that must have given the postman a certain amount of
trouble. Although the style of the writing was old-fashioned, with its heavily
embellished capitals and curly flourishes, my first impression was that it had
been written by a child. The letters seemed untrained. Their uneven strokes
either faded into nothing or were heavily etched into the paper. There was no
sense of flow in the letters that spelled out my name. Each had been undertaken
separately—M A R G A R E T L E A—as a new and daunting enterprise. But I knew
no children. That is when I thought, It is the hand of an invalid.

It gave me a queer feeling. Yesterday or the day before, while I
had been going about my business, quietly and in private, some unknown
person—some stranger—had gone to the trouble of marking my name onto this
envelope. Who was it who had had his mind’s eye on me while I hadn’t suspected
a thing?

Still in my coat and hat, I sank onto the stair to read the
letter. (I never read without making sure I am in a secure position. I have
been like this ever since the age of seven when, sitting on a high wall and
reading The Water Babies, I was so seduced by the descriptions of underwater
life that I unconsciously relaxed my muscles. Instead of being field buoyant by
the water that so vividly surrounded me in my mind, I plummeted to the ground
and knocked myself out. I can still feel the ;car under my fringe now. Reading
can be dangerous.)

I opened the letter and pulled out a sheaf of half a dozen
pages, all written in the same laborious script. Thanks to my work, I am
experienced in the reading of difficult manuscripts. There is no great secret
to it. Patience and practice are all that is required. That and the willingness
to cultivate an inner eye. When you read a manuscript that has been damaged by
water, fire, light or just the passing of the years, your eye needs to study
not just the shape of the letters but other marks of production. The speed of
the pen. The pressure of the hand on the page. Breaks and releases in the flow.
You must relax. Think of nothing. Until you awake into a dream where you are at
once a pen flying over vellum and the vellum itself with the touch of ink
tickling your surface. Then you can read it. The intention of the writer, his
thoughts, his hesitations, his longings and his meaning. You can read as
clearly as if you were the very candlelight illuminating the page as the pen
speeds over it.

Not that this letter was anything like as challenging as some.
It began with a curt “Miss Lea”; thereafter the hieroglyphs resolved themselves
quickly into characters, then words, then sentences.

This is what I read:

I once did an interview for the Banbury Herald. I must look it
out one of these days, for the biography. Strange chap they sent me. A boy,
really. As tall as a man, but with the puppy fat of youth. Awkward in his new
suit. The suit was brown and ugly and meant for a much older man. The collar,
the cut, the fabric, all wrong. It was the kind of thing a mother might buy for
a boy leaving school for his first job, imagining that her child will somehow
grow into it. But boys do not leave their boyhood behind when they leave off
their school uniform.

There was something in his manner. An intensity. The moment I
set eyes on him, I thought, “Aha, what’s he after?”

I’ve nothing against people who love truth. Apart from the fact
that they make dull companions. Just so long as they don’t start on about
storytelling and honesty, the way some of them do. Naturally that annoys me.
But provided they leave me alone, I won’t hurt them.

My gripe is not with lovers of the truth but with truth herself.
What succor, what consolation is there in truth, compared to a story? What good
is truth, at midnight, in the dark, when the wind is roaring like a bear in the
chimney? When the lightning strikes shadows on the bedroom wall and the rain
taps at the window with its long fingernails? No. When fear and cold make a
statue of you in your bed, don’t expect hard-boned and fleshless truth to come
running to your aid. What you need are the plump comforts of a story. The
soothing, rocking safety of a lie.

Some writers don’t like interviews of course. They get cross
about it. “Same old questions, ” they complain. Well, what do they expect?
Reporters are hacks. We writers are the real thing. Just because they always
ask the same questions, it doesn’t mean we have to give them the same old
answers, does it? I mean, making things up, it’s what we do for a living. So I
give dozens of interviews a year. Hundreds over the course of a lifetime. For I
have never believed that genius needs to be locked away out of sight to thrive.
My genius is not so frail a thing that it cowers from the dirty fingers of the
newspapermen.

In the early years they used to try to catch me out. They would
do research, come along with a little piece of truth concealed in their pocket,
draw it out at an opportune moment and hope to startle me into revealing more.
I had to be careful. Inch them in the direction I wanted them to take, use my
bait to draw them gently, imperceptibly, toward a prettier story than the one
they had their eye on. A delicate operation. Their eyes would start to shine,
and their grasp on the little chip of truth would loosen, until it dropped from
their hand and fell, disregarded, by the wayside. It never failed. A good story
is always more darling than a broken piece of truth.

Afterward, once I became famous, the Vida Winter interview
became a sort of rite of passage for journalists. They knew roughly what to
expect, would have been disappointed to leave without the story. A quick run
through the normal questions (Where do you get your inspiration? Are your characters
based on real people? How much of your main character is you?) and the shorter
my answers the better they liked it. (Inside my head. No. None.) Then, the bit
they were waiting for, the thing they had really come for. A dreamy, expectant
look stole across their faces. They were like little children at bedtime. And
you, Miss Winter, they said. Tell me about yourself.

And I told. Simple little stories really, not much to them. Just
a few strands, woven together in a pretty pattern, a memorable motif here, a
couple of sequins there. Mere scraps from the bottom of my ragbag. Hundreds
more where they came from. Offcuts from novels and stories, plots that never
got finished, stillborn characters, picturesque locations I never found a use
for. Odds and ends that fell out in the editing. Then it’s just a matter of
neatening the edges, stitching in the ends, and it’s done. Another brand-new
biography.

They went away happy, clutching their notebooks in their paws
like children with sweets at the end of a birthday party. It would be something
to tell their grandchildren. “One day I met Vida Winter, and she told me a
story.”

Anyway, the boy from the Banbury Herald. He said, “Miss Winter,
tell me the truth.” Now, what kind of appeal is that? I’ve had people devise
all kinds of stratagems to trick me into telling, and I can spot them a mile
off, but that? Laughable. I mean, whatever did he expect?

A good question. What did he expect? His eyes were glistening
with an intent fever. He watched me so closely. Seeking. Probing. He was after
something quite specific, I was sure of it. His forehead was damp with
perspiration. Perhaps he was sickening for something. Tell me the truth, he
said.

I felt a strange sensation inside. Like the past coming to life.
The watery stirring of a previous life turning in my belly, creating a tide
that rose in my veins and sent cool wavelets to lap at my temples. The ghastly
excitement of it. Tell me the truth.

I considered his request. I turned it over in my mind, weighed
up the likely consequences. He disturbed me, this boy, with his pale face and
his burning eyes.

An hour later he was gone. A faint, absentminded good-bye and no
backward glance.

I didn’t tell him the truth. How could I? I told him a story. An
impoverished, malnourished little thing. No sparkle, no sequins, just a few
dull and faded patches, roughly tacked together with the edges left frayed. The
kind of story that looks like real life. Or what people imagine real life to
be, which is something rather different. It’s not easy for someone of my talent
to produce a story like that.

I watched him from the window. He shuffled away up the street,
shoulders drooping, head bowed, each step a weary effort. All that energy, the
charge, the verve, gone. I had killed it. Not that I take all the blame. He
should have known better than to believe me.