Read The Tomb of Horrors Online

The Tomb of Horrors 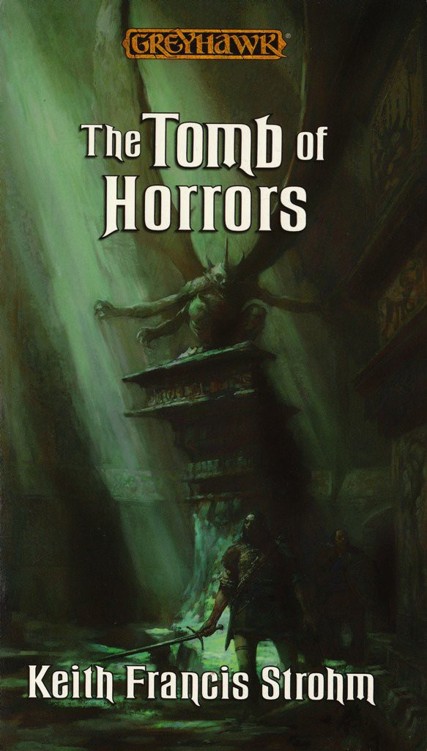 GREYHAWK
THE TOMB
OF HORRORS 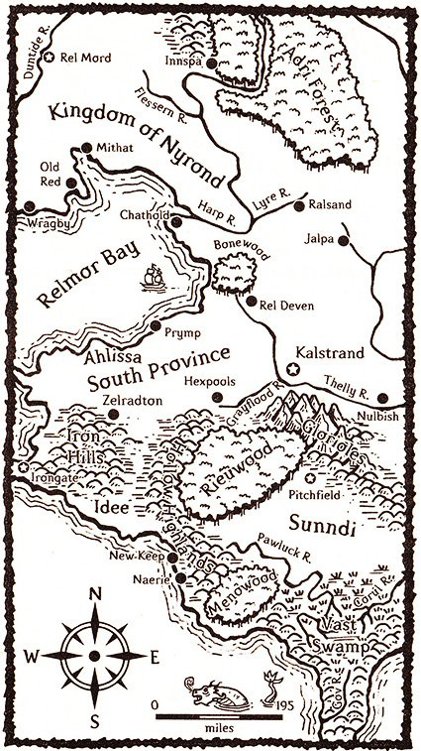 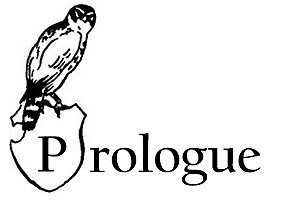 He measured time in bursts of pain.

This one pulled Kim from sleep with terrible insistence, like
a lover who would not be sated. He tried to scream when the forge-heated blade
licked across his stomach with its razor tongue, but he managed only a feeble
gurgle. The joints in his shoulders had long-since popped from the weight of his
body, and breathing was difficult. Thankfully, he could no longer feel the fiery
kiss of the steel nails holding his wrists and ankles to the wall.

Agony flared again. He felt the bruised muscles of his inner
thigh shred beneath the blade’s touch, and this time he forced out a scream. He
did not waste time begging for mercy. There would be none. He simply screamed
until his throat bled.

It wasn’t until the cloying scent of incense nearly choked
him that he realized the pain had faded into a dull throbbing, an ever present
caress. He must have lost consciousness. Soft voices raised themselves in a
whispered chant. Though the harsh language was unknown to him, the urgent
cadences were horrifyingly familiar. He felt lightheaded as the chant gradually
grew louder. A filmy layer of gauze had wrapped itself around his thoughts; he
shook his head in a vain attempt to clear it, though he knew there was no hope.
He wanted to cry, but even this was denied him. The first thing that the
black-cloaked bastards had done was pluck out his eyes—leaving him in darkness.

Something Else brooded silently in the darkness with him, a
Presence that lurked in the vast wasteland of his nightmares. It watched him,
waiting for the right moment. He could sense it growing stronger now, could feel
it slide across some vast distance, drawn by the twisted words of the ancient
chant and the intoxicating offering of his pain. He gasped once as It entered
his mind.

His last thoughts were of his wife and children, then the
will of the god took him.

The screams of the crucified seer shattered night’s dark
silence. Caught and magnified by the broad hills of the Fellreev forest, the
sound rang out across the monastery’s ancient grounds, an unholy call to prayer.

With a soft exhalation, the balding cleric gathered up the
fragments of parchment lying in front of him, careful lest the already ancient
and decaying vellum crumble beneath his touch. Needles of pain stung his fingers
as they came into contact with the remains of the book. He grimaced but accepted
the pain, as he accepted all of the Dark One’s gifts, with hope and something of
a deep hunger.

The sensation intensified, and Durgoth nearly gasped at the
force of it. He could feel the flesh of his fingertips blistering beneath the
assault, and then, just as suddenly as it had occurred, the pain disappeared. He
rose gingerly from his seat upon the floor. Knees stiff from long hours of
meditation cracked and groaned. Durgoth regarded the tome with a thoughtful
scowl as he placed it carefully behind two loose stones in the ruined wall.
Purple runes splayed across a cracked leather cover he suspected had been
fashioned from human skin. The ancient symbols writhed before his eyes,
slithering and bending like serpents. Long accustomed to the dark book’s power,
he concentrated until the runes settled into a familiar pattern.

So much had happened since the day he had found the
Minthexian Codex
in the dank chambers hidden deep beneath the monastery.
Before that, he had been nothing more than a fugitive, a once-proud Hierarch of
the Horned Society whose power was shattered the night Iuz and his host of
fiendish servitors breached the Society’s citadel and scattered its leaders to
the corners of Oerth. The memories of those years, spent living like an animal,
an object of scorn and derision to all he met, still ate at the cleric.

But power does call to power, and it was such a call that led
Durgoth to the ruins of this monastery where, in its crumbling stone and rotten
timber, he had unearthed the book and discovered a god of truly awesome power.
Other, weaker men called the codex by its common name,
The Book of Nine
Shadows,
but he knew that the roots of its true strength went beyond
darkness to the heart of Nothingness itself. Long were the months that he
wrestled with the secrets contained within the
Minthexian Codex,
until he
had finally pierced its veil of mystery. Harnessing the power of its ancient
rituals, the cleric built a place of refuge, a sanctuary from the predations of
the Old One and his pet demons. In time, others came to the monastery’s
desecrated grounds, drawn by the power he had unearthed and the dark dreams of a
god. Now, after the long tread of years, he was about to set in motion a plan
that would shake the foundations of the multiverse. Not for the first time, he
wondered if the screams of the gods would be more satisfying than the tormented
cries of the mortals who worshiped them.

Such idle speculation would have to wait, he realized, as the
sweet song of the crucified seer’s pain surrounded him with its intoxicating
melody. It was almost time. Placing the stones carefully to seal the codex’s
hiding place, the cleric bowed once, palms pressed together, and uttered the
words to a prayer he had learned from his studies of the dark book. A blue glow
circled round the area of the wall before him and then faded away. Satisfied
that his mystic protections would hold, the cleric snubbed out the last thick
bar of burning incense on the makeshift altar he had created for his private
meditations and gathered his heavy black robes about him. With a sigh of
anticipation, he turned to leave the room, only to find his way blocked by a
shadowy figure.

“It has begun, my lord,” the figure intoned in a raspy voice.

Durgoth cursed silently as he recognized the familiar tones
of Jhagren Syn. Hoping that the room’s dim light covered his startled reaction,
he spoke harshly into the darkness, “Jhagren, I left strict instructions that I
not be disturbed until my meditations were complete.”

“Yes, blessed one,” the man replied. The words were simple,
almost uninflected, like most of the speech that came from this man. They
neither betrayed guilt nor asked forgiveness, and like the speaker itself, they
offered the cleric no key to unlock its secrets.

Of all the people who had found their way to the dark
monastery, Jhagren Syn stood apart. The others stayed for reasons Durgoth easily
understood—they lusted for power, they craved the Dark One’s touch, and some,
the cleric admitted, were simply mad, consumed by their own dark demons.
Jhagren, however, was different. Though his skills and sharp mind quickly
distinguished him as a man of true usefulness, the monk’s motives remained a
mystery, and Durgoth hated mysteries. For what he could not understand, he could
not control.

And what he could not control, he feared.

As if sensing the dark cleric’s thoughts, Jhagren stepped out of the shadows.
Flickering candlelight washed over his pockmarked face, revealing a thick nose
and full mouth.

“The god has come, blessed one,” the monk said. “Even now the
seer speaks words of prophecy.”

Ruddy, olive skin stood out even darker in the illumination,
and to Durgoth’s sight, the deep red robes of the Scarlet Brotherhood flowed
around the man like a cloak of blood.

The cleric nodded curtly, his frustration almost forgotten in
light of his advisors message, and motioned for his companion to follow. The two
walked across the monastery grounds in silence, surrounded by tumbled stone
buildings and burnt timbers, the echo of history. Durgoth sniffed the chill
winter air and surveyed the ruin. Centuries of dedicated prayer, lives lived and
lost in service to an ideal, a holy cause, still offered no protection against
death and decay. Only entropy, he thought with some satisfaction, held any
constancy.

When they finally arrived at the remains of the monastery’s
sanctum, which stood lost and alone at the center of the ancient compound, the
dark ceremony was in full sway. Twelve black-robed figures knelt in a circle,
silver-wrought censors cupped between both hands. Thick plumes of incense rose
from them, swirling in dark clouds around the ragged gaps in the stone ceiling,
and the air vibrated with the layered harmony of chant.

But the cleric’s gaze was drawn to the crucified figure above
the circle of cultists. Arms and feet spiked to the stone-worked wall, the seer
raised his head and stared out of the wreckage of his eyes, no doubt fixed upon
a glorious vision of the Dark One.

Though Durgoth’s followers called him “Blessed One” out of
fear and respect, the cleric knew that it was this man, gazing upon the true
face of divinity, who was truly blessed. Rescued by Durgoth’s followers from
what would have been a life of endless toil trying to eke a meager existence
from the stony soil of a farm north of Redspan in the Bandit Kingdoms, the seer
would now spend the remaining days of his existence as the holy prophet of an
ancient god. Durgoth wondered if the man had finally accepted the grace that had
been given to him.

A torrent of words spilled out from the seer’s bloody mouth,
capturing Durgoth’s attention. He recognized the flowing lilt of Ancient
Suloise. Though he could not understand the old tongue, he noted with
satisfaction that Jhagren’s young apprentice, himself already familiar with the
vagaries of that almost dead language, sat beneath the seer, soft-boned face
held tightly in concentration as he painstakingly copied each word. Durgoth
watched as the boy pushed back a strand of blond hair, head cocked slightly to
the side.

Adrys. He recalled the boy’s name after a moment. A bright
lad, if a bit too devoted to his master, yet still useful. Though the boy did
not quite move with the practiced ease and calm deadliness of Jhagren, Durgoth
had witnessed the novice training. Adrys would prove a versatile weapon with the
right encouragement. He reminded himself to reward the boy well when all of this
was over.

His thoughts were interrupted as Adrys let out a shout in
another unfamiliar tongue. This time, it was Jhagren who responded, firing what
were obviously questions to his excited student. After a moment, the monk bowed
low and made his way to Durgoth.

“Blessed one,” he said, with more intensity than the cleric
had ever heard him use, “the final quatrain is in place. We now have the
location of the key’s resting place.”

At first, Durgoth simply stared blankly at his advisor,
unable to register what he had said. As the monk’s words sunk in, however, his
heart raced.

“Jhagren,” he almost shouted in his excitement, “cut the seer
down when he has finished, but make sure he does not die. I have another use for
him. And then summon everyone into the main hall. We have much to do.”

Mistress of Dragons by Margaret Weis
The She Wolf of France by Maurice Druon
Born of Fire: The Dawn of Legend by Dreagen
Hamilton, Donald - Novel 02 by The Steel Mirror (v2.1)
Dry Divide by Ralph Moody
The War of Don Emmanuel’s Nether Parts by Louis de Bernières
La voz de las espadas by Joe Abercrombie
Emily and the Dark Angel by Jo Beverley
The Moon and the Stars by Constance O'Banyon
Between a Heart and a Rock Place by Pat Benatar
Our partner