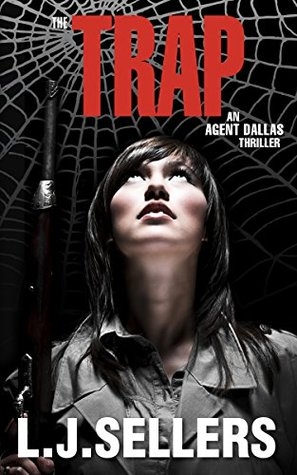 Secrets to Die For

Passions of the Dead

All rights reserved. Except for text references by reviewers, the reproduction of this work in any form is forbidden without permission from the author.

Published in the USA by Spellbinder Press

eBook editions by eBooks By Barb for
booknook.biz

This is a work of fiction. All characters, names, places, and incidents are the product of the author’s imagination, and any resemblance to actual people, locations, or events is coincidental or fictionalized.

The Agent Dallas series wouldn’t be possible without the help of a team of professionals. I’m grateful for my editor, Jodie Renner, for helping me polish my stories and crank up the tension, and for my graphic artist, Gwen Rhoads, and her brilliant covers. I also deeply appreciate my proofreaders, Joan Huston and Barry Young, who find all my last-minute errors. And a special thanks to my superior ebook formatter, Kimberly Hitchens of Booknook.biz.

Jamie Dallas braced for the jump, pulling in a deep breath. She stood on a fifty-foot rock arch under a massive blue sky, and the exquisite autumn moment was about to get insanely better.

“Never.” Dallas ran four steps and leapt off the rock into the thin air. Gravity yanked her down, and she tightened her grip on the cable. Free-falling! A rush of adrenaline pulsed through her body. The moment the rope hit its full extension, she leaned back and pumped her legs. Her body swung wildly under the arch, coming up on the other side. Glorious! She threw her weight back in the other direction and let out a wild cry of joy, followed by an exuberant body laugh. The world’s biggest swing in the most beautiful setting. The closest she’d ever come to flying—except for hang gliding. Or maybe parasailing. But this was better, more out of control.

Above her on the rocks, her new friends—technically her targets—laughed and called for her to show them something. Dallas executed a series of aerial stunts, her body bursting with the joy of being upside-down, weightless, and in motion.
Damn!
This was good.

When the momentum died, Luke and Abby pulled her up. Dallas stepped onto the solid rock and grinned. “That was incredible!” Another group of thrill-seekers sprawled on the nearby outcropping, waiting their turn.

Luke smiled back. “
You
were incredible. I loved those stunts.”

These people were easy to like, and she had moments when she forgot she was an undercover agent, intent on sending them to prison. She’d been working the case for months, meeting up with the group in various locations around the country to hang glide or BASE jump or some other wild adventure.

She’d first met Luke and Abby in Vegas, when a group of fifty people had gathered to skydive for a video stunt they hoped would go viral. The weekend had been a personal adventure Dallas had signed up for online, a quick trip from her hometown. But after the jump, while packing her gear, she’d overheard snippets of the couple’s conversation that made her FBI nerves jangle. The words
hack
and
sabotage
used closely together had to be about criminal enterprise, and
terminate
sounded like they had murder in mind.

She’d taken her concerns to her boss in the Phoenix field office, and he’d encouraged her to stay in touch with the couple through their shared thrill-sport passion. Out of habit from her job and a personal sense of fun, she’d used an alias to sign up for the original adventure, so her cover had been established from the beginning. After she learned Luke and Abby were prison-reform activists, the bureau had done the rest by creating a background for her that would appeal to the couple.

Dallas unbuckled her harness, and Luke high-fived her. “You rock. You’re officially a Flyer.” At five-nine, Luke wasn’t much taller than her, but he was a bodybuilder with incredible strength, and his compelling face was blemished only by a weak chin.

“Hell yeah!” Dallas did a little happy dance. At twenty-eight, she was still allowed.

“I don’t know how you get in and out of that safety harness so easily,” Abby said. Luke’s girlfriend was his opposite, with a long lean body and cropped dark hair that made her look even taller. Her delicate facial features bore the pockmarks of an earlier life of drugs, and her eyes held a lifetime of distrust.

Dallas recognized another opportunity to identify with the group and took it. “I was a skilled lock-pick in my early wild years. I can get into almost anything.”

Luke laughed. “You never fail to surprise me.”

“I like to keep it interesting.” Dallas handed over the gear. She’d gone on several more adventures with the club, staying close to the couple and their friend Cree. Late-night drinking and gabbing sessions with the group had led her to believe they were targeting politicians who stood in the way of the reform they wanted. After a teleconference with FBI headquarters, the bureau had green-lighted a full undercover investigation, and she’d moved to an apartment in Washington DC to be near where the three lived.

They were also members of a national organization called Justice Reform Now (JRN), which was pushing to change drug and sentencing laws and improve prison conditions through legislation and social-media outreach. Her task was to infiltrate the secret inner circle and discover their agenda. The bureau had given them, and her undercover assignment, the code name Freeman. The activists knew her as Tara Adams, a ghostwriter with a criminal record turned political blogger. She’d kept her hair blond for this assignment, because they’d already seen her that way, but she’d started wearing dark eye makeup and green contacts to change her look. She was still waiting for Luke to ask her to join their cause.

“I can’t wait to go again,” she said, buckling Abby into the harness.

“We’ll see if we have enough time.” Luke caressed her arm, then leaned in and whispered, “You’re so sexy when you’re high on adrenaline.”

More progress. This was the second time he’d shown a personal interest.

Dallas smiled and laughed. “He thinks I’m crazy.” She didn’t want to alienate Luke’s girlfriend, but to be successful in her assignment, she might have to. Being an undercover agent for the bureau allowed her to put her attractiveness to good use, and seduction was one of her specialties. She was also a sharpshooter, but that skill came in handy less often. Luke, the leader, was her main target, and earning his affection was the fastest way to get inside and find out what they were really up to.

Luke gave his girlfriend a one-armed hug of reassurance. “You ready to go for a swing?”

A pause while Abby locked eyes with Luke. “Don’t do it.” Abby turned and started for the edge of the arch.

Don’t do what?
Something was coming down and Abby was against it. Dallas pulled a beer from the cooler, high-fived Cree, and took a seat on a rock ledge. She kept to herself, hoping Luke would come and talk to her after Abby made the jump.

And he did. As Luke sat down, he asked, “If they make it illegal to play here, would you still do it?”

Dallas laughed. “Of course. The BASE jump we did last month was illegal. Morality and legality are not the same.” She realized why he’d asked her, and a shiver of excitement ran up her spine. “I’m a natural-born rule-breaker.”

“Most adrenaline-junkies are.” Luke’s smile disappeared. “Would you break the law to promote a political cause? I mean, if you had tried everything else and lives were at stake?”

Dallas chose her words carefully. “Within reason, yes. As long as innocent people didn’t get hurt.”

“Good to know. Especially since you share our passion for reforming the justice system.”

The inner circle had talked politics with her at the last two adventures, drinking and discussing the issues long into the night. Luke was right about the unfairness of drug sentences and the horrific conditions inside prisons, so it had been easy to pretend to sympathize with his ideology. “Something has to change,” Dallas said. “And it’s never going to come from Congress.”

Luke patted her leg. “I want you to come to a meeting Friday night. You’ve met most of the group already—me, Abby, and Cree—and we have one more member who doesn’t come on our thrill trips.”

He nodded. “At our place southeast of Fairfax Station.”

Yes!
She was in. Dallas worried he would notice her escalating pulse and forced herself to sound casual. “Sure.” The high school acting lessons her aunt had paid for, to keep her busy, had prepped Dallas well for this job. The political science courses in college had been a plus too, when she’d applied at the bureau.

Cree walked up, his long braid hanging over his shoulder. “Hey, maybe we should offer Tara a ride back, since we’re all going to DC.” Cree glanced at Luke. A trust-fund kid with a rebel heart, Cree was a pilot with access to his family’s plane. Dallas suspected he also helped fund their excursions.

Cree started to respond, then stopped.

Dallas got the feeling there was another reason Luke didn’t want her along. Maybe a stop they had to make. “No problem,” she said. “I’ve got a non-refundable return ticket anyway.” She took a long pull of the cold beer, eager to contact her FBI team leader. “Where’s the meeting?”

“I’ll pick you up around five.”

Luke didn’t trust her enough yet to give her the address. She had no reason to give him hers. “I’ve got a busy day Friday, so I’ll text you my location at around four.”

He held up his bottle for a toast. “To our new level of friendship.”

Dallas clinked beers with him. “I think I’m gonna like this.”

Later, while waiting to catch her flight back to the capital, she dug into the secret compartment at the bottom of her backpack for her burner phone. This one was exclusively for reporting to Agent Drager, her undercover contact. Two additional agents were on her UC team, but she’d never met them. It was safer for her that way. And she’d only talked face-to-face with Drager once, at a brief clandestine encounter. Going anywhere near the FBI field office or being seen with an agent was too risky. The main JRN group had been operating in Washington DC for years, and Luke was a well-known activist with many connections.

Dallas texted Drager:
I’m in! Going to a house southeast Fairfax Station on Friday for meeting at five. No address yet. They’re picking me up.

As she settled into her seat on the plane, Drager texted back:
Good job! Let’s meet tomorrow for an update. Could be our last chance before they isolate you.

The words gave her a chill. But that was how activist, cult-like groups functioned and kept members in line. She knew from experience in infiltrating a survivalist compound. She texted:
When and where?

Drager came back with:
I’ll contact you at noon. Be in the downtown area.

The plane started to taxi, and Dallas turned off her phone. Her body was tired, but her brain wouldn’t let her relax. Once she was a member of the inner circle, her contact with Drager would be limited. This could turn out to be her most dangerous assignment yet. She might have to participate in illegal activities to win their trust and gather enough evidence for a conviction. If the group found out she was a federal agent, they might kill her to protect themselves. Sometimes her job scared the hell out of her—but that was why she loved it.