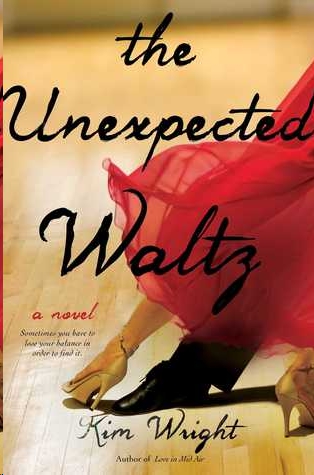 Sign up for our newsletter and receive special offers, access to bonus content, and info on the latest new releases and other great eBooks from Gallery Books and Simon & Schuster.

To my teacher and friend, Max Maleshko

I
WAS BORN THE
year Disneyland opened, the year Elvis sang “Heartbreak Hotel” and McDonald’s raised their golden arches, the year James Dean died. My first car was a powder-blue Mustang with white bucket seats and the summer before I turned sixteen, Elyse and I used to drive it up and down the road between our houses with the 8-track blaring. Elyse would prop her long, tan legs against the dashboard and click through the songs with her toe. Our favorite band was the Rolling Stones, promising us over and over that time was on our side.

I believed them. When I was young, I thought the future stretched out before me like some long, shimmering road, and that the girls would always stay pretty and the boys would just plain stay. I was a member of the luckiest generation to ever have been born in the luckiest land on earth.

So it was a bit of a shock to wake up on a perfectly average August morning and find my husband dead in the bed beside me.

"NOTHING HAS TO CHANGE."

A year has passed since Mark died, and I’m sitting in a conference room listening to his lawyer tell me that we really must settle the estate. Apparently there is a socially acceptable number of days that a widow can spend lying in bed watching HGTV and eating takeout, and I have just passed that limit.

The lawyer’s face is grave, not with the professional solemnity the occasion demands, but with a more personal kind of regret. This man played golf with Mark. He’s been to our house for dinner. He has, on many occasions, poured me a glass of wine or pulled out my chair. I don’t know the other attorneys gathered around the table, but I assume the sheer number of them is evidence of the size of the estate. It has taken a long time to make financial peace with Mark’s sons in California and Japan, to set up educational trusts for the grandchildren he rarely saw, to wait out probate, to honor his commitments to various charities and schools. But now everyone has been paid up and paid off and the lawyer extends his palm to me. For a strange moment I think he’s expecting me to tip him, but then I see he’s trying to shake my hand. He’s what . . . seventy? Seventy-five? Somewhere near Mark’s age and thus well past the point when most men retire. Maybe he’s upset because this all cuts too close to home. The big house, the German car, the heart attack, the fifty-page will, and, finally, the younger, blonder second wife sitting here before him, fidgeting like crazy in her black knit St. John suit.

“How much is left?” I say, and I know it’s the wrong question. It sounds vulgar, grasping, as if I really did marry an older man for the money just like everyone at the country club said I did. I’m fouling up everything. I didn’t realize so many people would be here or that they would seat me at the head of this long, scary table.

“I think we all can agree that the important thing is not to touch the principal,” the lawyer says. “But we can close out the estate account and easily create enough cash flow . . .”

That isn’t what I asked him. I look away and my eye catches another attorney, a bespectacled young woman in a business suit, whose hair is pulled back in a bun. She reminds me of those secretaries in old sitcoms who stand up from behind their desks, unclip their hair, fling off their glasses, and suddenly become beautiful. Her expression is appropriately serious, but nothing about her disguise fools me. She’s one of those women who try to hide their femininity, but that trick never works for long. Suppressing sex is like holding a beach ball under the surface of the water—the harder you push it down, the harder it will eventually spring back up.

This young lawyer sees me watching and she winks, or at least I think she does, but that’s too creepy, that she would look down this long line of men and wink, so I probably imagined it. I imagine lots of things. I see stuff no one else seems to see, and besides, coming here always rattles me. I never feel like I’m dressed right. I met Mark when we both worked at a bank, but I doubt that anyone around this table would believe I used to be a junior VP of finance. When I’m faced with these legal papers, I become math impaired, unable to divide or subtract in my head. The female attorney is staring at a document on the table, biting her pale lip. She didn’t wink at me. I must be losing my mind.

“Actually,” I say, in my most cheerful and reasonable voice, “I’m asking how much there is in total.”

“Without touching the principal and without acquiring even the slightest risk, we can deposit eleven thousand a month into your checking account,” the lawyer says. On the one hand, my mind reels because it’s a staggering amount of money for someone who owns her house and car outright, for a woman whose favorite food is pizza, and whose idea of a vacation is visiting her best friend from high school and sleeping on the couch. But on the other hand, he’s saying that even from the grave Mark has put me on an allowance. A very generous allowance, but an allowance nonetheless.

“You won’t have to leave Mark’s house,” the lawyer says, and then quickly corrects himself. “What I mean is, you won’t have to leave your home.” He was actually closer to the truth the first time—Mark was living in that huge empty house when I married him and all I really did was decorate it. Hang some curtains and paint some walls, cram some rosebushes into the ground. Everyone always saw my husband as strong and powerful, but another image zooms back to me now, the first time he took me over to see the house. Mark looked as shy as a little boy as we stood in the foyer, which was so empty that it echoed, and he said to me “What do you think of this big old box? Do you think you can fill it with something, like music or color or flowers . . . or a life?”

His little misstatement seems to have rattled the lawyer. He clears his throat and adjusts his glasses before continuing, glancing down at the stack of papers as if he doesn’t know damn well what they say. “Yes, the house is yours,” he repeats, “and there’s no need to get a job, of course.” And here a slight titter of laughter runs around the table at the very suggestion of something so ridiculous as Kelly Wilder Madison filling out a W-4 form. “Mark arranged for the continuation of his contributions to the charities he supported so you’ll still be—”

“Invited to serve on their boards,” I finish for him. “Welcome at the teas and galas and auctions.”

“Of course,” he says. “The only thing you really need to know is that—”

“I get it,” I tell him. I stand up, my head still swimming, and the lawyers all rise at once, like a congregation getting ready to sing. “I understand what you’re saying. Nothing has to change.”

I WANT THINGS TO
change.

I know I’m lucky. I know that a cash flow of eleven thousand a month is what my daddy used to call a high-class problem. But I’ve lived for too long in a world where everything is controlled and monitored and predictable. I know the number of steps leading into every medical building in Charlotte, North Carolina. I’ve parked in the handicapped spaces, run in and gotten wheelchairs and run back, and counted out pills and become a master of low-sodium cuisine. And I’ve made tablescapes—endless tablescapes, which are like centerpieces, only bigger. They run down the full length of the table and their purpose is to give the meal a theme. Tablescapes cost a frigging fortune and they take forever to do, but they’re my specialty, the task that’s delegated to me at every charity dinner. Sand dollars and blue glass in the summer, gourds and leaves in the fall, holly and crystal in the winter, and tulips wedged into overturned moss baskets in the spring.

I know none of that sounds very original. In fact, I know it’s downright ordinary and that meals don’t need to have themes. But years ago I did a tablescape that everyone liked, and in the world of charitable causes, if you do something right one time, they expect you to duplicate it, with the smallest possible variations, for the rest of your life. After a while, I actually started to dream about tablescapes . . . but that’s not the point. The point is that I’ve spent the last twenty years of my life pretending to be a whole lot more conservative and stupider and nicer than I really am.

“You deserve a younger man,” Mark said to me once, but he said it in bed so he probably was talking about sex. When he had the first heart attack and his doctors told him to be careful, we knew what they meant. That night I scooted over beside him and laid my head on his chest and told him that this was all I wanted. He made a sad little grunt of disbelief, but it was true. I’ve always liked cuddling better than sex, and besides, when I married him I knew what I was signing up for. I wanted a safe place and Mark gave me one.

According to this tableful of lawyers, he’s still giving me one.

On the way out, I ask the receptionist if they validate parking, a question that seems to amuse her. She takes my ticket, but I know she’s thinking that the widow of Mark Madison doesn’t have to worry about two dollars an hour for parking. The widow of Mark Madison could spend the whole day driving in and out of parking decks all over town, just for the hell of it. She thinks I’m silly, or maybe even tight and mean, one of those women with millions of dollars in the bank who dock the maid for being fifteen minutes late, but she stamps my ticket and as I turn to go I see the young female attorney again. She is standing in the doorway of her office. I smile and she nods slowly. Like she’s congratulating me for something, but I can’t imagine what.

WHEN I GET IN
the car there’s a call on my cell from hospice. I tell myself I’ll wait until I’m out of the deck and reception is better before I return it, which is a stall. I know why they’re calling. They’ve found me someone new.

My last client—hospice calls them clients for some reason, as if we were styling their hair or remodeling their kitchens—was a man named Mr. Duggan who didn’t seem to have a single memory beyond his Louisiana boyhood. I used to come in every day to just sit at his bedside and listen to him talk. “You’re good at watching people die,” one of the nurses said, and when I flinched, she quickly added, “What I mean is, you have a lot of patience.”