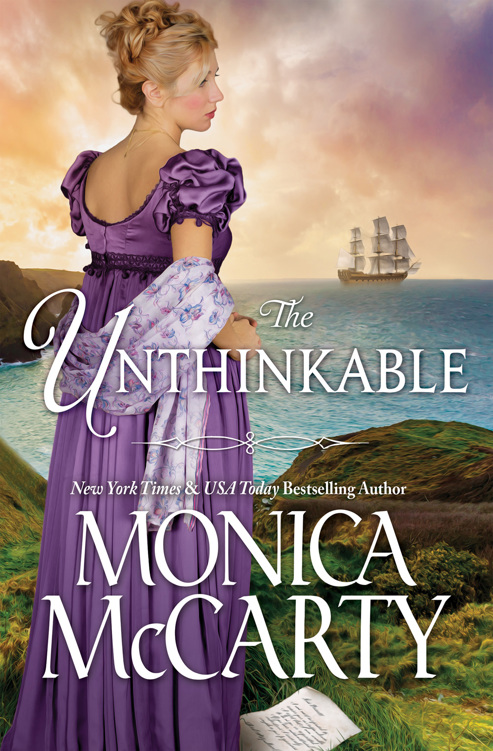 Excerpt from TAMING THE RAKE

I need to go back quite a few years to give proper thanks to some of the people involved with this book from the beginning. Bella Andre and Jami Alden, I’m looking at you! As my early critique partners, I don’t even want to think about how many times you read this book (Jami, thanks for reading it yet again after about a ten year lapse), but thanks to you both for your collective brilliance, sage advice, and ongoing encouragement in (finally!) seeing this book to publication. A huge thanks to Carrie at Seductive Musings for this gorgeous cover, Shona McCarthy for her extremely helpful copyediting, Anne Victory and Cyrstalle for their eagle-eyed “oops” detecting, and Lisa Rogers for the ebook formatting. I also want to give a very special thanks and shout out to Isobel Carr who generously offered to help me format this novel for print only to be caught in word processing program hell. It wasn’t pretty, and the fact that it was last minute made it even worse. A huge thanks—I owe you big time.

The Unthinkable
is a work of fiction. References to real people, events, establishments, organization, or locales are intended only to provide a sense of authenticity, and are used fictitiously. All other characters, and all incidents and dialogue, are drawn from the author’s imagination and are not to be construed as real.

All rights reserved. No part of this novel may be reproduced without prior written permission from the publisher, except for brief quotations for purposes of review.

Five years ago Eugenia “Genie” Prescott, the daughter of a country parson, gave her heart to a young nobleman who betrayed her. Seduced by an unspoken promise of marriage, she is forced from her home to avoid scandal. Irreparably changed from the destruction wrought by the failed relationship, Genie has paid for her sins in tragedy and heartbreak. Returning to England on the arm of the man who rescued her from hell, she is determined to reclaim the life denied her and never be at the mercy of a man again. But the secrets of the past threaten to ruin her future when she comes face-to-face with the man whose betrayal nearly destroyed her.

Forced to choose between duty and desire, Lord Fitzwilliam Hastings refused to defy his family and do the unthinkable: marry a girl of inferior wealth and rank. But by time he realizes his error, Genie has disappeared. Haunted by the failure of his youth, and by the girl he could never forget, Hastings, now unexpectedly the Duke of Huntingdon, has searched for her for five years. But now that Genie is back, the duke has his chance for atonement and is determined to make it up to her… even if the reluctant Genie has to be persuaded.

If thou remember’st not the slightest folly

That ever love did make thee run into

Thou hast not lov’d.

—
William Shakespeare,
As You Like It,
Act II, scene iv

The soft glow of the gaslights cast ominous shadows across the coach as it crept along Pall Mall. But not even the black curtain of a starless night could relieve the oppressive heat of the sweltering London evening. The air inside the luxurious carriage had passed beyond stagnant over an hour ago, turning the once-delicate mingling of the ladies’ fine French perfumes to pungent and cloying. The normally loquacious occupants of the coach had been silenced by darkness and shared discomfort. The short journey from Berkeley Square to Carlton House that should have taken a quarter of an hour had already extended to an excruciating three.

The interminable wait would try the patience of a saint. And Eugenia Prescott had long ago forsaken her chances for sainthood. Tension knit with excitement balled in her gut. With what was at stake tonight, each minute of delay was pure agony.

After years of pain and heartbreak, Genie stood poised on the verge of triumph. If all went according to plan, tonight would be the beginning of the end of her long quest to secure the life that was denied her five years ago.

The coach lurched forward then jerked to another abrupt stop. Stop and start, like the erratic pounding of her heart. Yet each step, no matter how infinitesimal, brought her closer to the realization of her dream.

She sank back against the silken walls, closed her eyes, and slipped into the shadows, hiding her impatience from the watchful eyes of her companions. She drew a deep breath, both to steady her nerves and to give herself a moment to absorb the significance of all that she had accomplished.

She’d journeyed from the doorstep of hell to the very pinnacle of elite society. Miss Eugenia Prescott, the prodigal parson’s daughter, who’d fled ruin and disgrace, surviving hardship her provincial upbringing never could have imagined, had returned as the soon-to-be fiancée of an earl. Accomplishment enough to be sure, but there was more. Tonight Genie would make her entrée into high society at one of the grandest events ever to befall the fashionable world.

Much rode on her success this night. Acceptance by the ton would secure her future and enable her to finally put the darkness and bitter memories of the past behind her.

Resisting the urge to look outside the small window yet again, Genie adjusted the bodice of her gown, giving only momentary relief from the biting pinch of her stays. Though beautiful, her ensemble was not particularly comfortable in even the most agreeable of circumstances. After hours of confinement in the stifling coach, the diaphanous ivory column gown clung to her lean body as if she’d dampened the skirts, as was the fashion of the more risqué members of the ton. Still, despite her discomfort, Genie had never looked more beautiful. It was a fact, thought without conceit. She had long since taken any pleasure in her beauty. What she’d thought a blessing had turned out to be anything but. Now her face and body were all she had to ensure her survival—and her future.

“Finally,” Lady Hawkesbury, one of her companions and chaperone, broke the silence. “It’s almost our turn.”

Too nervous to respond, Genie instead concentrated on calming her racing heart. Trepidation nibbled at the edges of her consciousness. Everything she had battled and scraped for was so close she could almost reach out and grab it.
Almost
. But not quite.

The coach clattered to its final stop. A moment later the blue and gold liveried coachman opened the door, releasing the stale air with a gentle cleansing swoosh. Accepting the proffered white-gloved hand, Genie alighted out of the carriage and into her future.

Temporarily blinded, it took a moment to digest the vision before her. Hundreds of gaslights illuminated the evening sky, turning night into day. Astonished, Genie gazed around at the Prince Regent’s wonderland. She’d never seen anything like it, and for a moment, she was an awestruck young girl from Gloucestershire again.

“Dear Prinny will never be criticized for restraint.”

Genie clamped her mouth shut, reminding herself that sophisticated soon-to-be countesses did not gape. She pulled her gaze from the pink and silver draperies and mirrors adorning the trellises of the garden walkways to look up at the handsome man who had appeared at her side. Though not accustomed to seeing him in such dandified evening attire, the jaunty grin and sparkling blue eyes were comfortingly familiar.

An aura of peace settled over her as it always did when she looked upon his handsome face. Genie had sworn never to trust a man again, but Edmund St. George, the Earl of Hawkesbury, had chipped away her resistance with his irrepressible chivalry and nobility. Nobility might be conferred at birth, but being noble was earned—not passed along as part and parcel of a title. Lord Hawkesbury, Edmund after all that they had been through, was a truly noble man. And there had been precious few of those in Genie’s life since she’d been forced from her home.

As much as Genie could trust any man, she trusted Edmund.

She met his bemused smile with one of her own. “I’ve never seen anything like this.” She shook her head. “If this is just to celebrate the prince’s regency, I can’t conceive what the coronation will be like.”

Edmund took her kid-gloved hand and placed it in the crook of his arm. “I dare not fathom, but whenever that illustrious event takes place, I’ll not wait three hours just for the privilege of descending from my carriage. A more miserable journey I cannot recall.”

“Don’t be ridiculous, darling,” Edmund’s mother, the Countess of Hawkesbury, chided from his other side with an emphatic snap of her ivory fan to his arm. “Of course you will.”

Genie laughed while Edmund grumbled fondly at his mother. But the countess was indubitably correct, Edmund could be depended upon to do what was right. And attending his king, future or otherwise, certainly qualified—three-hour wait to descend his carriage or not.

They stood unmoving near the entrance to the spectacular Gothic conservatory, held captive as much by the sheer extravagance of the decoration, as by the crush of the throng around them. With two thousand of the crème de la crème of polite society milling about, the crowd inside wasn’t any easier to navigate than the long procession of carriages that lined the Mall.

“It’s both incredible and outrageous,” Edmund said, a touch of recrimination in his voice.

Genie agreed. The Prince Regent’s “Grande Fete” (ostensibly to honor the exiled royal family of France, though in truth a celebration of his regency), was both magnificent and appalling. It was impossible not to be awed by the grandeur of the decoration, but it was an exorbitant expenditure of money for a man already sharply criticized for his excesses.

“My word,” the countess exclaimed. “Look at that table!”

Genie followed the direction of the countess’s fan. Her eyes widened. “Who could possibly have conceived such a thing?”

No one spoke; they were all too transfixed. The dining table had to be at least two hundred feet long. And running down its entire length, from an ornate silver fountain at its head, was a stream, replete with moss, tiny bridges, and silver and gold fish.

The opulence of this celebration would strike even the most jaded of the haut ton with wonder. Everywhere Genie looked were riches beyond her imagination, from the elegantly dressed guests in their finest evening dress and jewels to the gold and silver ornamentation that appeared to adorn every surface. The spectacle, the theater of the Prince Regent’s fete, was a long way from the Kington House rectory.

Overwhelmed by the thought that she could soon be a part of this closed society, her façade of confidence knew a fleeting moment of panic. Nothing in her past could have prepared her for such a lavish display of wealth and power. Certainly not the country balls and assemblies she frequented as a girl, or even the elegant intellectual salons of Boston that she’d enjoyed over the past year with Edmund and his mother.

Could she actually do this? Would these people accept her?

Suddenly in the Depths of the Forest by Amos Oz
Red Tide: The Flavel House Horror / Vampires of the Morgue (The Ian McDermott, Ph.D., Paranormal Investigator Series Book 2) by David Reuben Aslin
Mortal Magick by Patty Taylor
The Cold Nowhere by Brian Freeman
Serafina and the Silent Vampire by Marie Treanor
The Tyrant's Daughter by Carleson, J.C.
Rushing Waters by Danielle Steel
Embraced by Faulkner, Carolyn
3 The Chain of Lies by Debra Burroughs
Mr. Right Now by Knight, Kristina
Our partner