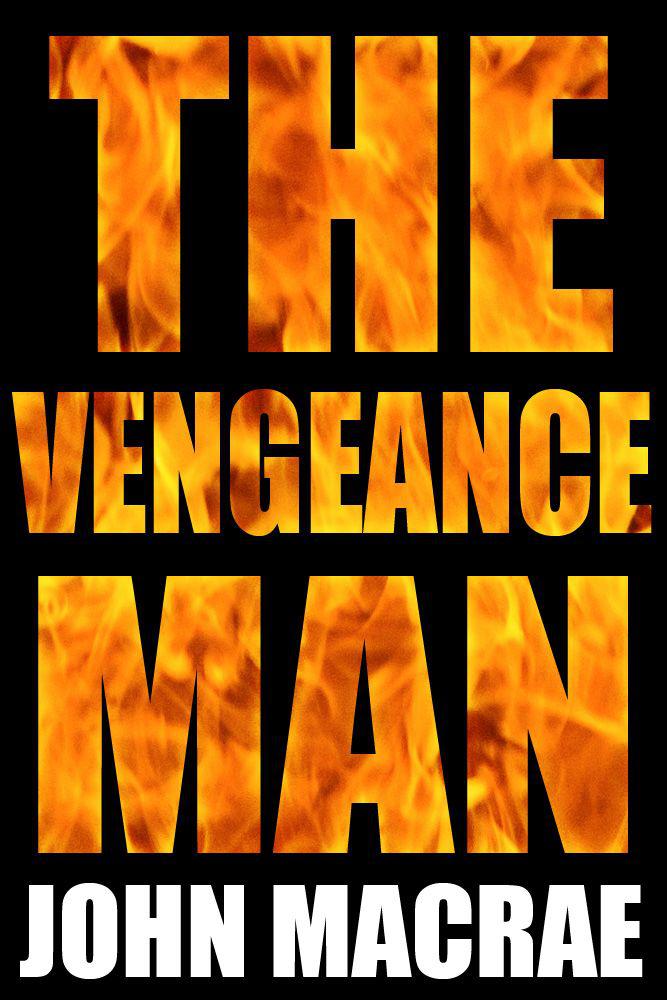 John MacRae has asserted his rights under the Copyright, Design and Patents Act, 1988, to be identified as the author of this work.

John MacRae is the cover name of a former senior Intelligence Officer with a Special Forces background. He has written extensively on intelligence and military history, and has worked for BBC television and other TV companies as an advisor on military and intelligence subjects.

He saw active service in the Falkland Islands, Cyprus, Arabia, and Northern Ireland as well taking part in several bloody bureaucratic battles in the political jungles of Whitehall, NATO and Brussels.

"The Vengeance Man is the best new action thriller this year"

"A heart-pumping ride, with more twists than a roller-coaster."

Tom Kasey, author of the best-selling Trade Off.

“
Whoever MacRae is, he certainly understands the Special Forces world
…”

CHAPTER 26
.
The Arms of Venus
,
Warminster

CHAPTER 32
.
A Near Death Experience
,
The Flat

CHAPTER 34
.
Even the Walls Have Ears. London

CHAPTER 35
.
A Downturn in Business. London

CHAPTER 36
.
Things are looking up? London

CHAPTER 40
.
Something in the city

CHAPTER 41
.
A Stroll On The Embankment

CHAPTER 44
.
Wapping
:
The Conscience of the Press

CHAPTER 46.
The People’s Republic of China

Neither paid much attention to the road. The Mercedes swung in and out, overtaking effortlessly, making progress through the early Saturday afternoon traffic. Almost too late the driver saw the stationary van turning right at the traffic lights ahead, indicator flashing.

Expertly he dropped a gear and pulled hard left, forcing a large Ford to brake sharply to let the Merc in. Both cars accelerated through the lights and continued down the hill. The Ford pulled out and, engine roaring, drew alongside the Mercedes while inside four youths screamed insults at the driver of the Merc, arms waving, fists and obscenities flying.

As if seeing them for the first time the Mercedes slowed, flashing a steady turn sign and slowly and deliberately pulled up at the kerb.

The Ford screeched to a halt behind it and the four occupants spilled into the road, bent on vengeance.

‘Who’d’joo fink you’re fucking cutting up, mate?’ bellowed the driver as he ran forward. His mates piled out behind. They wore Millwall football scarves and looked like football hooligans. Someone was going to get a good kicking.

The Mercedes driver got out of the left side of the car and straightened up. He walked slowly back to the Ford. He was about six feet tall, with sharp blue eyes and taut cheek bones. The leader of the youths hesitated, then jabbed an accusatory finger at the silent dark suited figure walking deliberately towards him.

His words stopped abruptly as without warning the Mercedes driver punched him hard, full in the face. There was a scrunching noise as the yob’s hands went to the ruin of his nose and mouth, bright blood exploding scarlet in the autumn sun.  The other yobboes stopped, shocked by the speed and ferocity of the violence. The broken teeth and nose were a red catastrophe. The leader collapsed by the Ford, a high wailing coming from the smashed face, blood pouring through his fingers.

The Mercedes driver began to advance on the others. A lock of dark hair had fallen over his forehead. The three backed off.

‘Anyone else want to make something of it? He enquired. The voice was low with  a slight Scots tang to the edges. ‘Well?’ He rubbed his knuckles, taking a sudden step forward. The youths retreated scrambling over themselves to get back to the safety of their car.

The Mercedes driver stopped and eyed them with a look of contempt, then turned abruptly back to his own vehicle. At the now open passenger door his companion stood watching in the road, disbelief written on his face.

‘What the hell do you think you’re doing? They’ll crucify you for this.’

Both men swung into the Mercedes. The driver started up and pulled calmly away.

‘Look,’ he began reasonably, ‘they were looking for trouble and they found it. Let’s say they’ve just been introduced to the reality of violence.’

‘Let’s face it,’ growled the driver, glancing in the mirror. ‘Those little dogsturds aren’t going to complain, eh?’

‘Even so,’ the fair haired one began, ‘you shouldn’t get involved like that. Not with civilians. C’mon Fritz, you know the rules.’

‘Fuck the rules’, said the driver succinctly, concentrating on the traffic ahead as the Mercedes swept towards Westminster. ‘Stop your fussing. They were the ones who went looking for trouble. Well they found it. I’ve just done a public service. Now stop blethering and let’s go and have a drink.’

The fair haired one looked out of his window of the speeding Mercedes and mouthed ‘a public service’ silently to himself. The Bach rose to a crescendo. Half smiling he shook his head in disbelief.

Far behind them the doors of the Ford cautiously re-opened as the three shaken youths got out to go to their leader’s aid.

The figure on the ground started to sob through the bloodstained ruin of his face. ‘Christ. Fuck. Oh, Christ. He hit me . . .’

One Foot in the Grave by Peter Dickinson
Melted By The Bear: A Paranormal Shifter Romance by Amira Rain
Still Point by Katie Kacvinsky
Juliana Garnett by The Quest
Operation Red Wings: The Untold Story Behind Lone Survivor (Kindle Single) (SOFREP) by Nealen, Peter, SOFREP
Police and Thieves: A Novel by Peter Plate
Stop Wasting Your Life & Do Something by Simon Smith
Mine To Take (Nine Circles) by Jackie Ashenden
Sins of a Virgin by Anna Randol
Bad Dog by Martin Kihn
Our partner