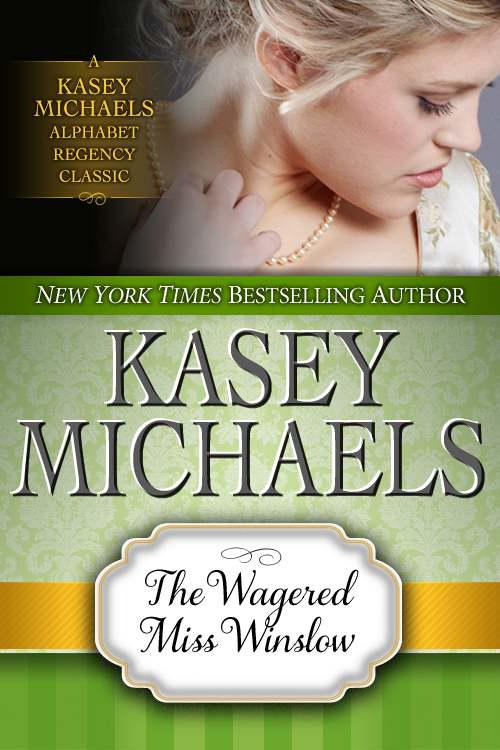 EBook published by Kathryn A. Seidick, 2012

All rights reserved.  No part of this publication may be reproduced or transmitted in any form or by any means, electronic or mechanical, including photography, recording or any information storage and retrieval system without written permission of the author.

“A writing style, voice, and sense of humor perfectly suited to the era and genre.”

“Michaels ... maintains her crown as mistress of the intelligent and sophisticated Regency romance.”

— The Belles and  Beaus of Romance Newsletter

O
ur tale begins in the shadow of the Regency, the last day of March 1820, to be exact about the business. His Royal Highness, George Augustus Frederick, for too long the Prince of Wales, has been King since two days past the evening of January 29, at which time his papa (who, to many minds, had lingered long enough upon the throne, yet whose departing of it, to many of those same minds, only made things worse), had finally breathed his last, tortured breath.

Unfortunately for the new King, he has been laid low with the pleurisy, and has been so systematically bled by the esteemed royal physicians that he cannot really enjoy his new office. But no matter. He will not be crowned until more than another year has passed.

Although the new King rallied sufficiently to belatedly bar his Queen, the infamous Caroline, from mention by name in the churches during Sunday sermons asking for prayers for the new monarch, his health lapsed yet again in late February, so that he was conspicuous only by his absence at the great public ritual that was his father’s funeral.

The court is still officially in mourning (the ladies draping their bonnets with crepe and the gentlemen sporting black cockades), and the Season is not yet officially begun—as it is rather a ticklish exercise, this yearly pursuit of frolic, when the new King is almost hourly rumored to be hovering at death’s door, while spending his good days thinking of ways to hide from his detested, encroaching wife, who has sent word that she will be returning to England by early June to “support her husband in his bereavement.”

And so, while waiting for the outrageous Queen Caroline to come tripping home and enliven their lives, and with nothing much else to do, London Society has turned to a proverbial favorite time-passer—gaming.

This suits one Beaumont Remington, late of Paris, France (his past beyond that point his own secret), more than he can say. We join him now, as he enters the thin, late-winter London Society, an ingenuous smile on his darkly handsome face—and thoughts of revenge safely hidden in his heart.

“S
o it’s out and about you’ll be going’ again tonight, Bobby m’ love?” the apple-cheeked little woman asked worriedly as she entered the sparsely furnished study, drying her hands on the hem of the large white apron that girdled her ample figure. “And it’s thinkin’ you were done with this evil business I’ve been,” she added, shaking her gray head as she sat herself heavily in a burgundy leather chair. “Enough, Bobby. It’s not natural, it’s not, t’ keep on with this. It’s the devil’s own dirty business, don’t you know.”

The tall, wide-shouldered man dressed to perfection in a dark-blue frock coat buttoned over a sparkling white waistcoat—which was topped by not one but two impeccably tied cravats, his fawn-colored trousers neatly strapped beneath the soles of his highly polished short boots—replaced his watch in the right-hand pocket of his trousers, adjusted the fob, and turned to smile at Bridget Reilly.

“The devil’s own dirty business, dearest Bridget?” he repeated, amused, his wide smile lighting his startlingly blue eyes, carving vertical slashes into his tanned, high-boned cheeks, and revealing a perfect set of whiter-than-white teeth. “That does sound ominous. Perhaps it’s retreat you have in mind for me now, when I am within hours of my final success? Is that how you raised me, dear lady—to run away just when victory is in sight? Or is it that you fear for your little Bobby’s safety?”

“Your safety?” Bridget sniffed, giving her gray curls a toss at this ludicrous question. “Hasn’t the man been born what could harm you, don’t you know, for it’s a charmed life you’ve been leaden’. No, Bobby. It’s your immortal soul what’s in danger now, and no mistake. Think, boy, before you go letting’ the sins of the past become the troubles of the future.”

Beaumont Remington, known to Bridget as Bobby for so many years that he’d long ago ceased to correct her and had resigned himself to answering to that name, picked up his enameled snuffbox from a nearby table and dropped a kiss on the woman’s head as he made for the doorway leading to the foyer of his mansion in Portman Square. “And sure an’ it’s that future that awaits me now, m’lovely,” he said, his deep voice hinting at more than a nodding acquaintance with that melodious Irish brogue. “The luck is with me tonight—I can feel it. So give me your best blessing, Bridget, and let me be on with it.”

A minute later, still buttoning his chamois redingote, a thin ebony cane tucked under his arm, Beaumont “Bobby” Remington descended the marble steps to enter the closed carriage, cheerily calling his destination to the coachman sitting on the box, and rode off to fulfill his destiny.

The Child Buyer by John Hersey
The Voiceover Artist by Dave Reidy
The Way of Things by Tony Milano
Forbidden To Love (The Erosians) by Wills, D
The Hekamon by Leo T Aire
Her Last Whisper by Karen Robards
Season of the Rainbirds by Nadeem Aslam
On the Ropes 2: Insidious Obsession by Michelle Cary
A Stranger’s Touch by Lacey Savage
The Miracle Strain by Michael Cordy
Our partner