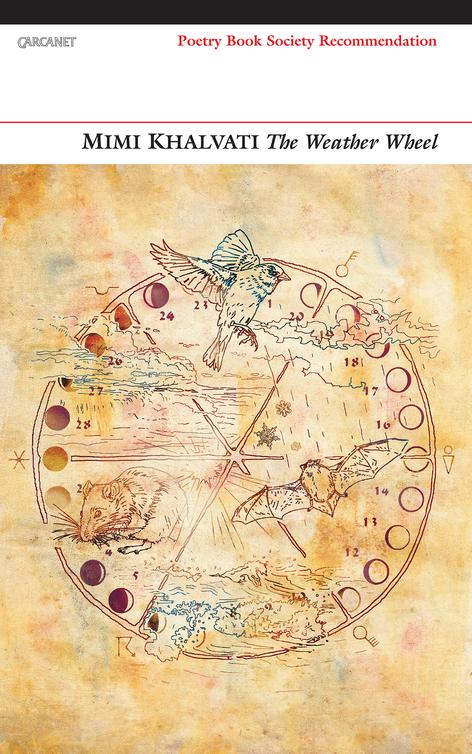 Grateful thanks are due to the editors of the following publications in which some of these poems, or earlier versions of them, have appeared:

‘Model for a Timeless Garden’ was commissioned by the Southbank Centre and written in response to Olafur Eliasson’s eponymous light installation exhibited at the
Light Show
, Hayward Gallery, 2013.

‘Ghazal: In Silence’ appeared on the Academy of American Poets’ website, Poem-a-Day.

Warm thanks to Peter and Ann Sansom for publishing
Earthshine
(Smith/Doorstop Books, 2013), a Poetry Book Society Pamphlet Choice. All the pamphlet poems are reproduced here.

I would also like to thank Martin Parker at Silbercow for designing the cover image, Alfred Corn, Jane Duran, Marilyn Hacker and Aamer Hussein for their generosity in reading and responding to the manuscript, and, in particular, Michael Schmidt and Helen Tookey for their invaluable editing.

Even the mist was daffodil yellow in the morning sun,

a slant of April sun that glowed on my banana skin.

And in the shadow of my arm a mouse lay, white belly up

like a lemur sunbathing. Begging she was, paws curled,

in a rather elegant fashion, tail a lollipop stick.

Pricked on her shadow, her ear and fur stood sharp as grass

but her real ear was soft, thin, pliable, faint as a sweetpea petal

and her shut eye a tiny arc like the hilum of a broad bean.

Yesterday she was plump. Today she’s thin. Sit her up, she’ll sit.

You can see how Lennie would have ‘broke’ his, petting it –

mine weighs no more than a hairball, nestling in my palm

as though it were wood pulp, crawlspace, a ‘wee-bit housie’

and she, the pup, the living thing. The baby look’s still on her.

And the depth of her sleep. I tuck her into the finger

of my banana skin – a ferryboat to carry her over the Styx.

We should have been lemurs, lowering our metabolism

to suit, going into torpor in the cool dry winter months

to save on water and energy. We too should have sailed

on a raft of matted leaves out of poor Africa, out to Madagascar

into a forest of mangrove and thorn scrub, feeding off gum,

The very smallest of us, the veriest Tom Thumb, the most

a bib of chamois, tip to tail â and mostly tail â barely as long

as the line I write in, despite illegal logging, slash and burn,

would survive longer than many folk, especially in captivity.

Only the barn owl, goshawk, to watch for in the dark â raptors

with their own big beauty. But Madame Berthe's Mouse Lemur

is caught in the act â a chameleon clasped in her hands,

a geisha lowering her fan: the smallest primate on our planet.

Sun, like a sparrow in the house, seeks dustgrounds

small as a handkerchief to play in. Sun sparrow, house sparrow,

I give you landing strips of dust on wood, runways

nests of cane and cloth for you to steal, netherlands I never clean

for you to bathe in. Here’s a dust bath, look, under the bed,

large enough for you and all your family. Why, even

the numbered hairs of my head, fallen, have lined a nest,

innumerable nests and silver they are, the better for you

to shine in. Come, sun, roost. And here is my skin. Warm it.

I ask no such thing. But I see you land, on wood, on wall,

take flight again and you who have your own warmth,

who need no streetlight, neon sign to roost in – why flee?

Be sociable, stay awhile on my flaking sill, hop right in.

Three jets like electric fish streak the sky with rose.

since you went abroad, lurking in your murky pools,

To image your world in darkness – driftwood

your receptor organ, faint its discharge, barely a volt,

through tail-bend, waveform, you fire, you feel,

sensing lightning, earthquake, your own kind

turning their dimmer switch up and down,

for this is how you talk. Old Aba Aba, grandpa,

with your one room lit at a time, feeling for walls,

navigating as surely as in the brightest, highest dawn!

Close the trapdoor. Let no light in. No,

not the luminous apricot cloud or whale cloud,

fat peach cloud or the isthmus of blue,

the sky lanes in between. Close the chink.

Sea slug, land snail, one head and one foot,

draw the one foot in. You are all head now,

helmet, foetus and dome, oceans under,

Waves roll in. But here you are landed,

relic on the sand. The moon has carried you

on his back but what do you know of love?

Its arrow, smear of silk. And of hatred?

Salt, drawing your love juice into its grains,

giving you age, old age and its snail-slow shrivelling.

Be lazy, snail, be slow. Savour every inch.

into my eyeline so that, heat-struck, I headlong

down to hump squirrelled in the shade below, leaves

moving as I move, as grass moves with the snake.

I am the grey. Born helpless, blind and deaf.

My mother lays me across her forepaws, fetches me

out of a cave, weans me once my teeth appear.

I displace the red. Acorn-bred, carrier of the pox,

I infect it with lesions, ulcers, scabs, weeping crusts,

it shivers, shivers,
skia
,
oura
, and then it’s dead.

I mean no harm. I’m no image seared on your brain

only seen side on, tail up, ears tufted like conifer spurs;

no nutkin on a branch, jug on a wall, graphic loop,

no ampersand between presentiment and trace.

Skia
,
oura
, I flicker on the walls of the cave.

If you keep two blinds down and one blind up

and sit under the one that’s up under the skylight

and the Sunday morning rain, you create –

at absolutely no expense – the kind of conservatory

you’ve always wanted but without the wicker

and kelims, the view onto the dripping garden

and the cat, all soaking, hidden under a hedge.

You are elevated instead. You are a bird in a nest.

Rick as a small boy sold birds for pocket money.

He made his own trap out of a wire washing basket,

a stick, some fishing line, some bread, catching

sparrows, dunnocks and, if he was lucky, a finch,

before progressing to proper trap cages with a call bird

that would sing and attract more birds he’d extricate,

sell, then start over again. Now he’s a mouse-catcher

with no pension. ‘You’re not illegible’, he said they said.