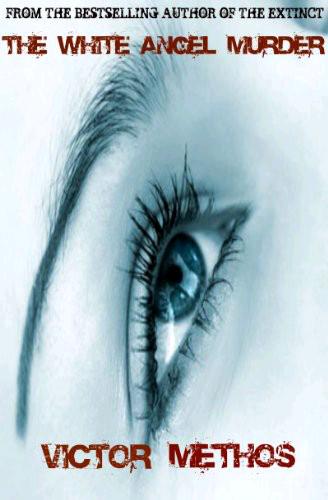 A killer stalks the city of San Diego, brutally murdering women on the fringes of society . . .

For SDPD homicide detective Jon Stanton, the body of a young woman torn apart in her bedroom is more than just another case. His former partner, Noah Sherman, was the original detective assigned to the case; before he was discovered to be one of San Diego's most ruthless serial killers.

Now part of the Cold Case Unit, Stanton must battle corruption and the ghosts of his past as he fights to uncover a killer that leaves no evidence behind, and that has turned his attention to new prey . . .

Victor Methos holds degrees in philosophy and ethics and a doctorate in law from the University of Utah. He is a former prosecutor specializing in the prosecution of violent crimes, and is currently a criminal defense attorney in New Jersey. He has defended everyone from murderers and the mafia, to the homeless and disabled. He is currently on a quest to climb the "Seven Summits," the seven highest peaks on earth.

THE WHITE ANGEL MURDER, his third novel, is loosely based on actual cases.

This ebook is licensed for your personal enjoyment only. This ebook may not be re-sold or given away to other people. If you would like to share this book with another person, please purchase an additional copy for each recipient. If you’re reading this book and did not purchase it, or it was not purchased for your use only, then please return to Amazon.com and purchase your own copy.

Please note that this is a work of fiction. Any similarity to persons, living or dead, is purely coincidental. All events in this work are purely from the imagination of the author and are not intended to signify, represent, or reenact any event in actual fact.

Savage: A Novel of Madness

Existentialism and Death on a Paris Afternoon

I hate mankind, for I think myself one

of the best of them, and I know how bad I am

I also gave them over to statutes

that were not good and laws

they could not live by;

I let them become defiled through their gifts … .

The coppery stink of blood hung in the air like a strong perfume.

Jonathan Stanton felt the coolness of the linoleum in the kitchen against his back as his nostrils filled with the scent. His vision was blurry and only faint echoes rang in his ears but he knew there was no one near. He felt the calmness of the house now; the quiet. The gun was heavy against his hand but he didn’t feel he had the strength to lift it.

He glanced down and saw the dark black blood pouring out of him and onto the floor, spreading into a wide circle around him. He felt the dampness of his shirt as it clung to his ribs and the trickle of urine down his thighs as he lost control of his bladder. His vision was clouded past a couple of feet and he didn’t know what, or who, was there, but there was no movement. His head collapsed back and his eyes began to close.

But all he wanted to do was sleep. It would be a simple thing to do; like falling onto silken sheets and wrapping them around himself. The softness would kiss his skin and then, there would nothing. It would be so easy to do.

His eyelids grew too heavy to keep open, and darkness enveloped him.

A crash and then cold over his chest. His lids opened but his eyes had rolled back into his head and they began to twitch and flutter.

He felt lightness, a floating sensation, as if he began to hover and he thought of his mother. His sweet mother with the soft hands that smelled like lavender. She had passed too soon from breast cancer and he had watched her soft smile as it withered away in the hospital bed with the clean white sheets. She held his hand as much as possible those last few days and they would watch reruns of shows on television. He would tell her about his day and the mundane things that happened.

No
, she would reply.
Nothing’s trivial, Sweetheart. You have to love all of it.

The next day, she couldn’t speak. And the day after that, her soul was lifted from her body like fog over a still river at sunrise.

A rushing gasp of warm air. He saw the sparkle of stars as the stretcher rattled to the ambulance out of the old house. The twirling blues and reds of the police cruisers caught his eye as he vomited blood and it spewed out of his nose.

It had been four days since anyone had seen Tami Jacobs.

She worked the night shift as a server in a small barbeque restaurant just outside La Jolla. Tim Piggeneli, the owner, had been calling her cell phone and leaving messages and after two days it went straight to voicemail.

The apartment complex she lived in was known to house young men and women who had come to Southern California in search of the type of life they had read about in books or seen in movies. The type of life that had died out with the older generation being supplanted with a new generation, marked more by apathy than a love for the ocean. Tim assumed she had enough money to live for awhile and would surf and get stoned and have sex with the beach-bums that were ever-present. In a few months, she would come begging for her job when nearly broke. It occurred often and he usually accepted the kids back. He had been in the same position when he moved here almost thirty years ago and wished desperately that someone had given him a helping hand when he needed it.

Tim sat in his office at the back of the restaurant. It was a small space and cluttered with papers and empty boxes; the room was too small for the bookshelf against the wall filled with culinary books and the guitar and amp stacked in the corner. He picked up the phone and called Tami’s boyfriend who also worked at the restaurant and asked if he could make sure she was okay.

Two hours later Jimmy Arnold pulled into a parking space at her apartment complex. He had been dating Tami off and on for over a year and wondered what it was that he had done to make her not answer his calls. They had a domestic violence incident three months ago, but that was old news. The District Attorney’s Office had dropped the case when Tami refused to cooperate. It was a minor scuffle, Jimmy decided. And one that had no business getting the law involved.

He tried her cell phone again.

This is Tami, you know what to do.

He went up to her apartment and knocked. He pounded on the door with his fist and shouted into the peephole. He waited patiently another ten minutes and then made his way downstairs.

The leasing office was in the first apartment and he smoked a cigarette next to his car before walking there. There was a pool in front of the building but it was empty, garbage and old toys strewn in the deep end. Weeds had overtaken the small gardens and an old tricycle sat on the grass, the red and white paint fading and chipped.

He knocked and a man with a massive belly hanging over his belt answered the door. He was in shorts and a t-shirt and his feet were sandaled.

The man went to shut his door and Jimmy put his foot between the door and the frame. “Hey man, I just wanna make sure my girl’s all right. She might’a passed out or somethin’.”

“
She smokes, man. If somethin’s lit up there could burn this place down. Come up with me. If she ain’t in we’ll leave. Or can you at least call an ambulance or somethin’ so they can check up on her?”

The man thought and then said, “Wait here.”

A moment later he came back out wearing sweats and they headed to the second floor. He opened Tami’s door with a master key and called out her name. There was no answer and they stepped inside.

The apartment was warm and all the windows were closed. It smelled stale, like dust, and Jimmy saw half a sandwich on the coffee table.

The manager attempted to say something but Jimmy walked down the hallway and looked into the bathroom. Her hairdryer was out and a photo of him and his black lab were taped to the mirror.

He stepped into the hallway and saw that her bedroom door was shut.

Jimmy ignored him and walked to the bedroom, opening the door. The manager walked over and looked in. He stood frozen awhile, and then ran to the bathroom and vomited.

Police Chief Michael R. Harlow sat in the patio chair and lifted the glass of orange juice to his lips. The balcony of the small apartment overlooked Ocean Beach Park and he listened quietly to the waves lap the shore.

It was early in the morning and the only people out were joggers and dog-walkers. The sun was a golden orb coming over the ocean and he slipped on his sunglasses so he could watch its rays reflect off the water.

“
It’s small,” he said, “but the view makes up for it.” Stanton sat down in the chair next to him, but didn’t respond. “Can I ask you something, Jonathan? You left Homicide for your family and now your family’s gone. Why didn’t you ever call me?”

“
You could’ve pushed papers behind a desk. You didn’t have to quit.”

“
Melissa wouldn’t have gone for that. She knew what it was like, the not having me around.”

Harlow nodded. “How is she anyway?”

“
The divorce gets finalized next month. There’s a waiting period. She’s going to get married as soon as it goes through.”

“
I know. I got an invitation to the wedding.” He shook his head and chuckled. “The balls on her.”

Stanton leaned back and stretched out his legs. The sunlight warmed his bare calves. “What is it you want, Mike? I know you’re not here to hang out.”

It was too quick, Harlow thought. He wanted to save the meat of the conversation for when Stanton was relaxed and comfortable. He wished like hell Melissa was still around.

The Catch by Richard Reece
The Wedding Kiss by Lucy Kevin
Full Black by Brad Thor
A Woman's Place by Maggie Ford
Gabriel's Angel by Nora Roberts
Milo Talon by Louis L'Amour
Drawing Blood by C.D. Breadner
Why Can't I Be You by Allie Larkin
Final Battle by Sigmund Brouwer
Blood Magick by Roberts, Nora
Our partner